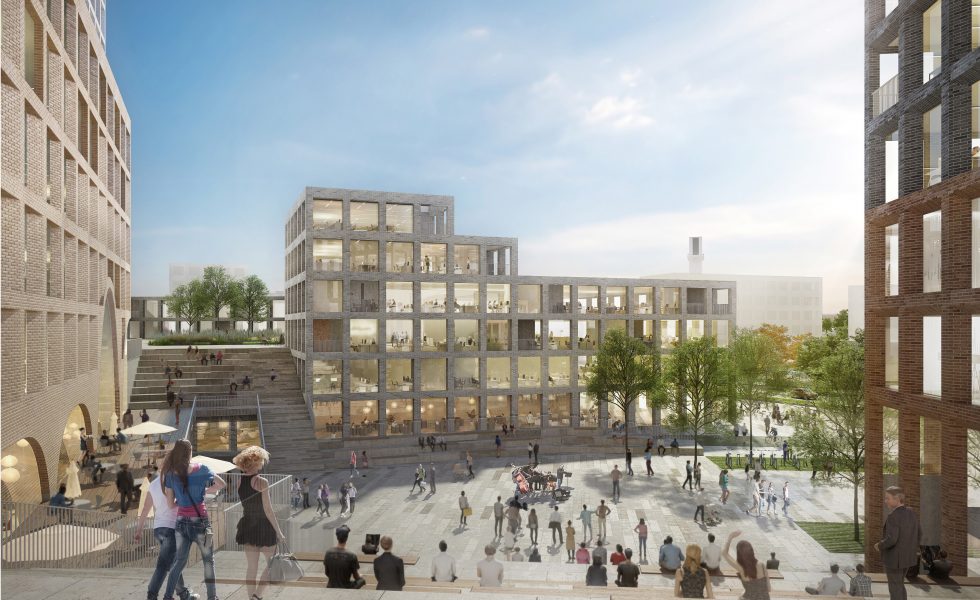 The city of Seinäjoki has commissioned OOPEAA to create a strategic preplan for the Seinäjoki Center around the train station. The plan, AsemanInto, a Gate to the City, is to create a framework that can serve as a guideline for developing the city of Seinäjoki in as a dynamic and thriving center of activity for the larger area around the city in people centered manner. It takes the area around the train station with its role as connecting the city with the larger area around it and with the rest of the country as a central focus and places it at the center of the developing city creating a clear and fuctional system of connecting lines between the station and the rest of the city.

The basic urban strucutre of Seinäjoki is fascinatingly efficient. The train network brings people form near and far right into the middle of the developing city and the layout of the city offers ample opportunities for further developement and densification. As the city grows more dense and there will be more residents living in the center of the city, the area around the Seinäjoki Train Station will form an important part of the developing city center. The development of the area around the station will give a new direction and a new expression to the entire city. The area around the station along with the Travel Center will form an essential core to development of the entire city and they will be instrumental in addressing questions regarding access and accessibility in the city.

The plan for the area is based on creating a clear continuum of block in which multiple different functions coexist and mix. It forms a rhythm in the urban structure creating open public spaces at the end of streets. The most important of these open public spaces is the central square by the station, which also serves as a central point of connection between the Kalevankatu street, the Aalto Cultural Center and the station. It has the potential to serve as a central starting and end point for the pedestrian center in the city. As an open urban public space it offers a gathering place with the restaurants serving the food province as well as a station for city bikes for rent. The square plays in important role as a central gathering place as well as as a route to the functions and premises in the surrounding city blocks.

For a full description of the plan, see here.