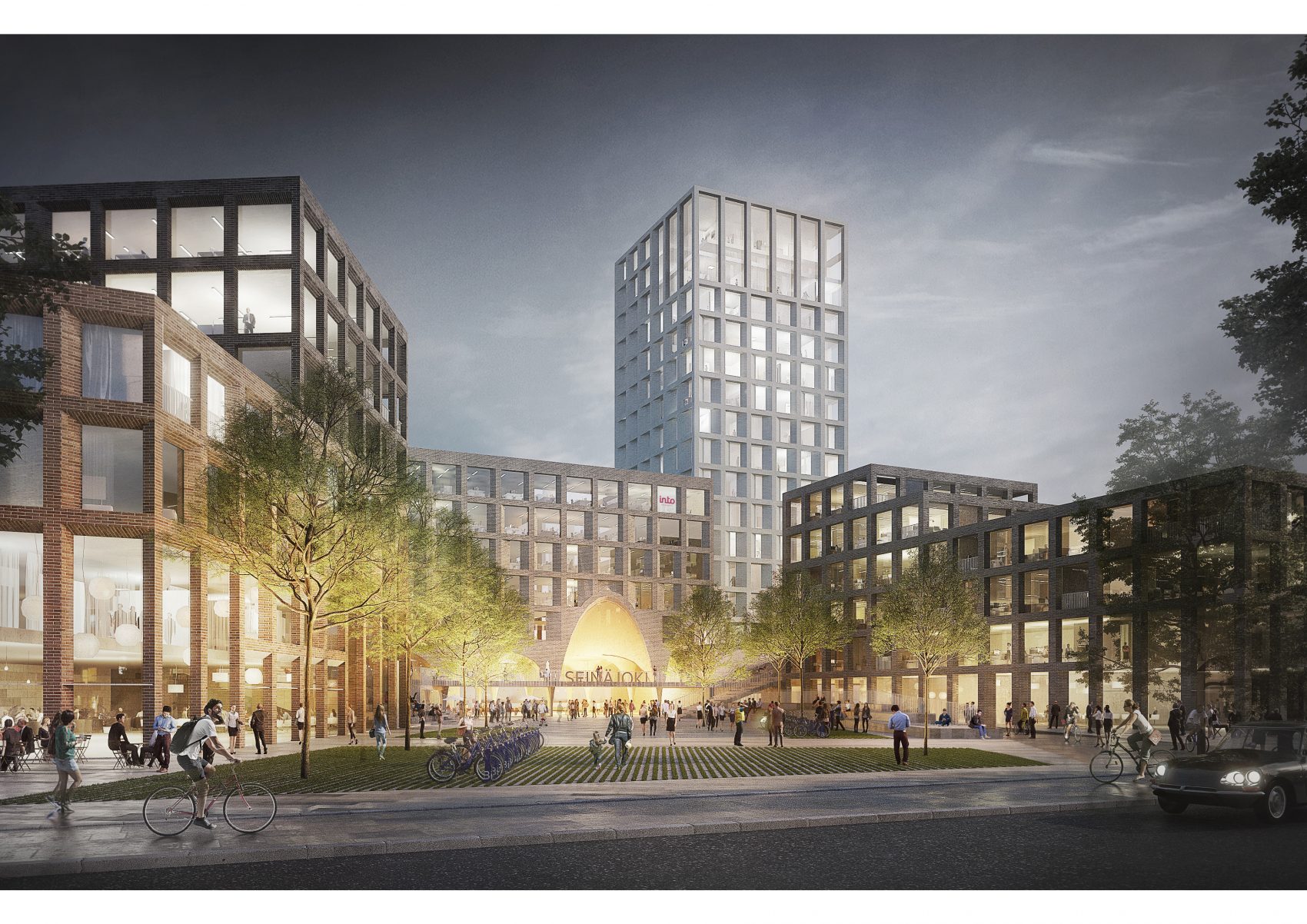 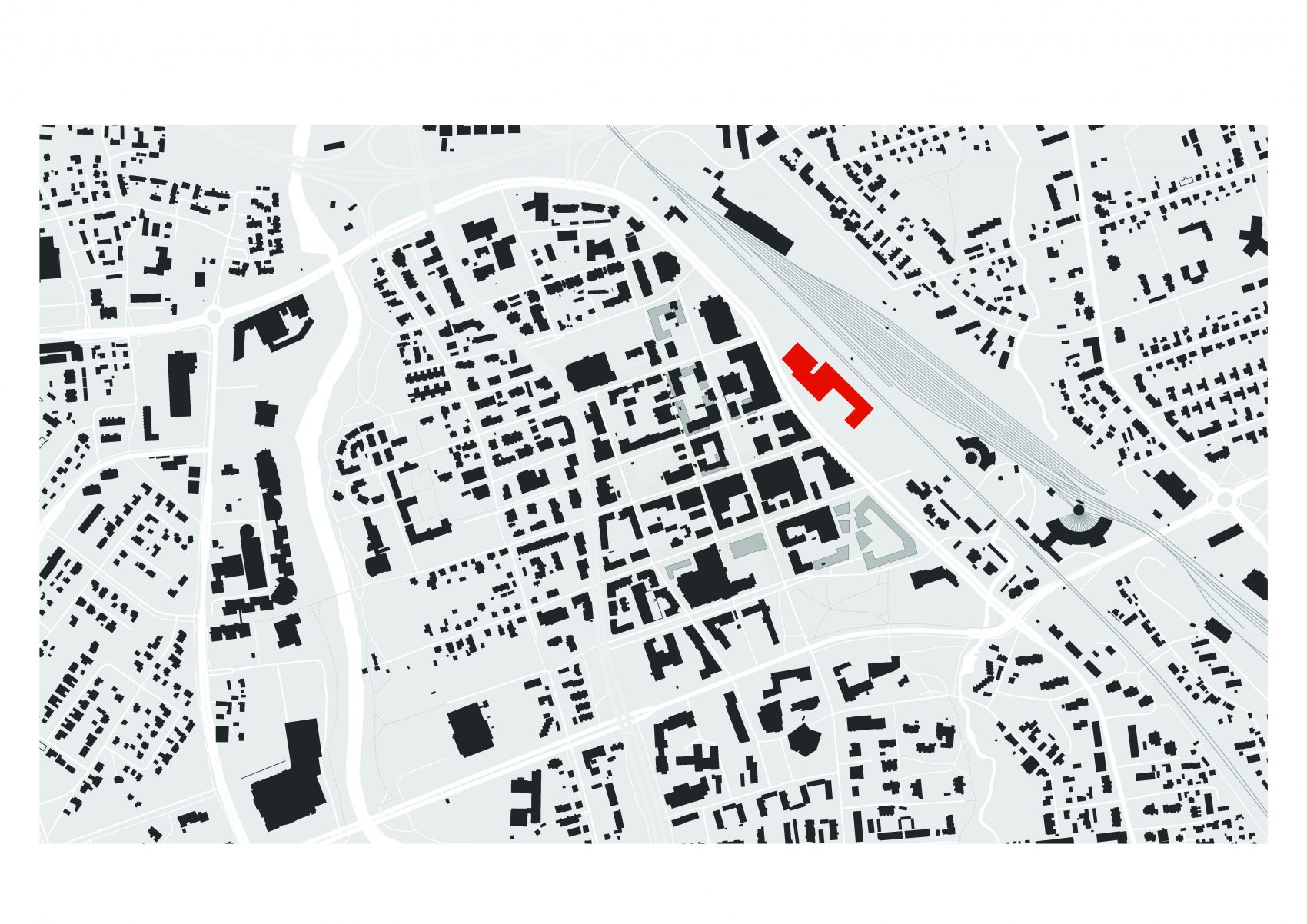 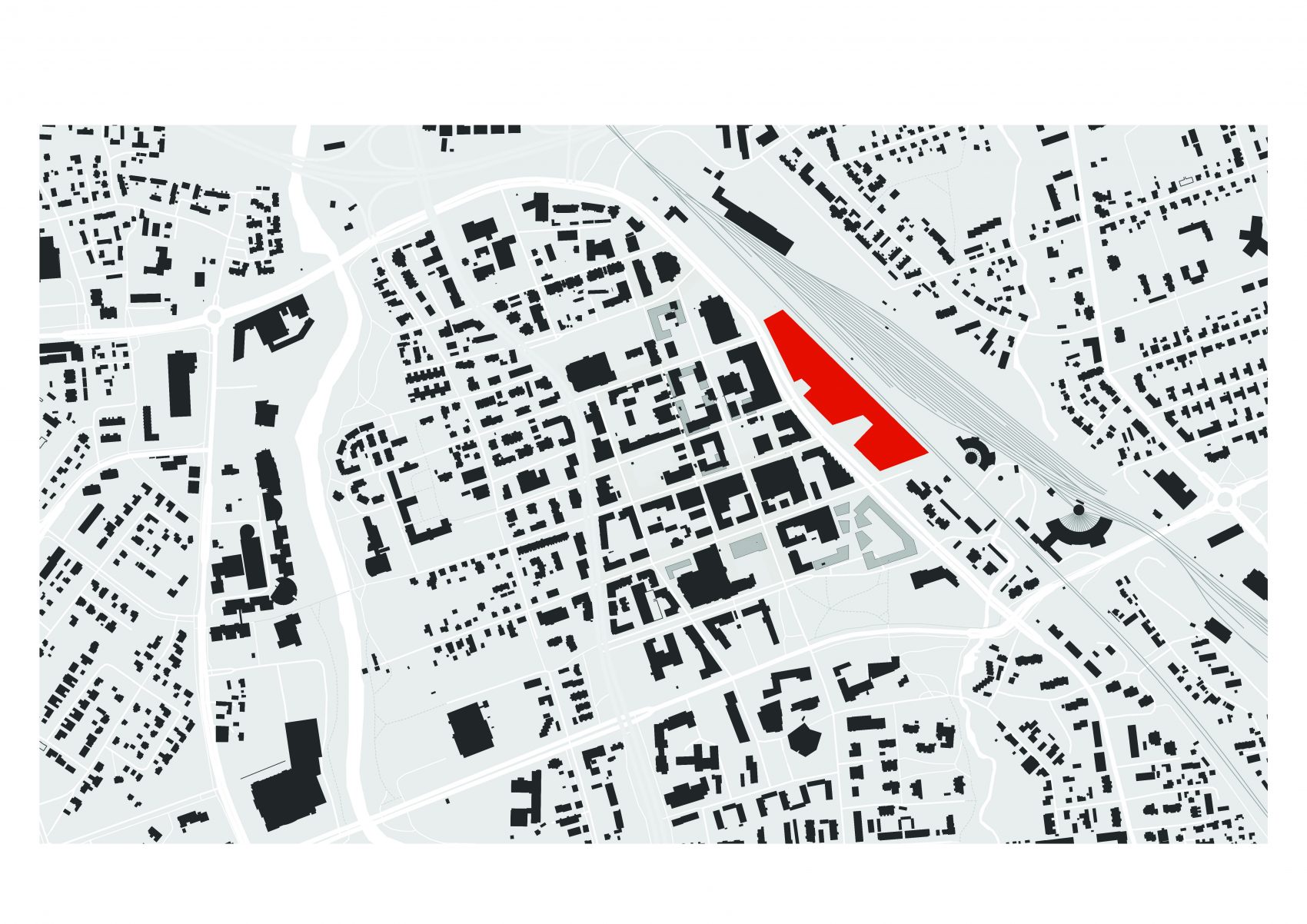 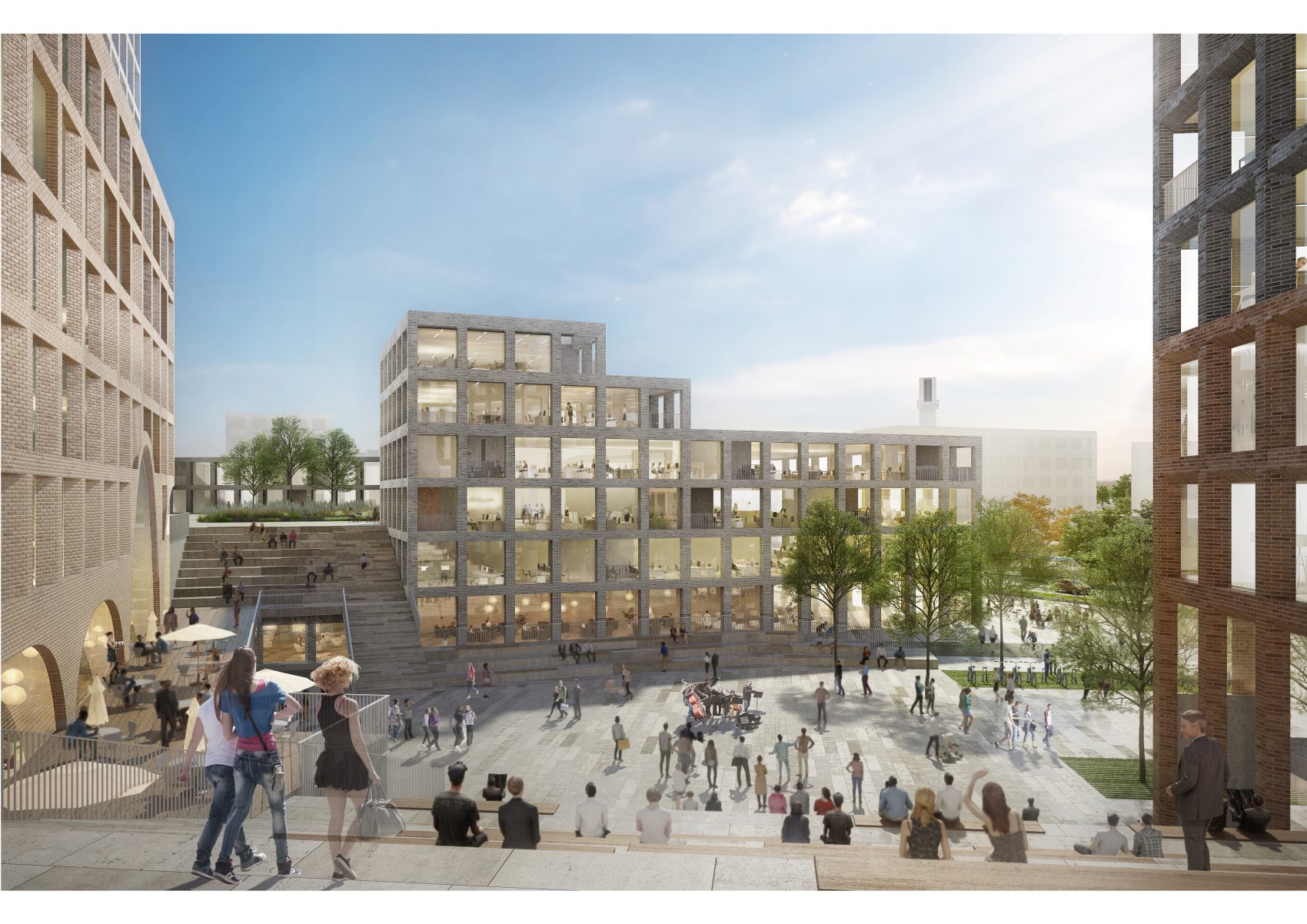 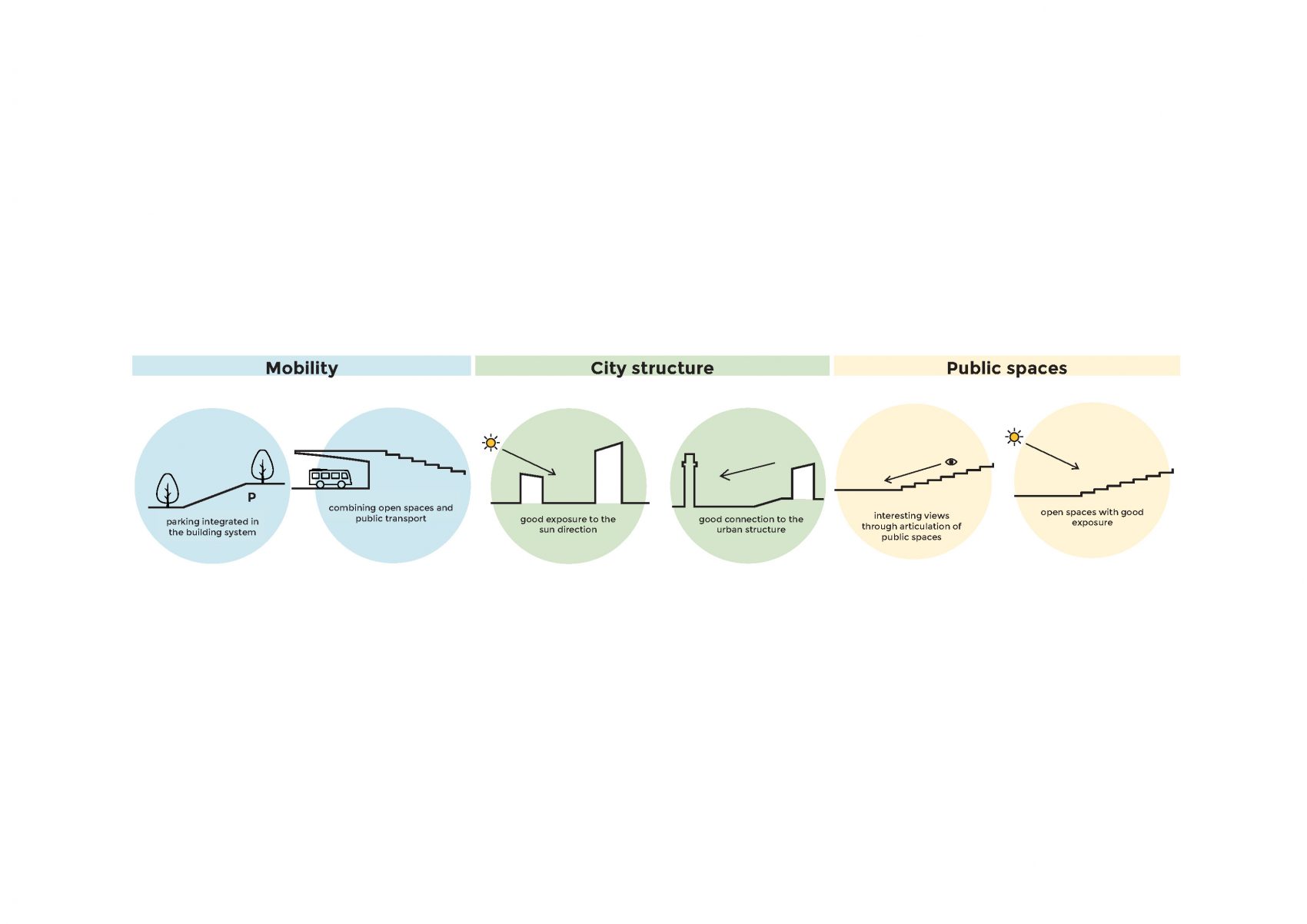 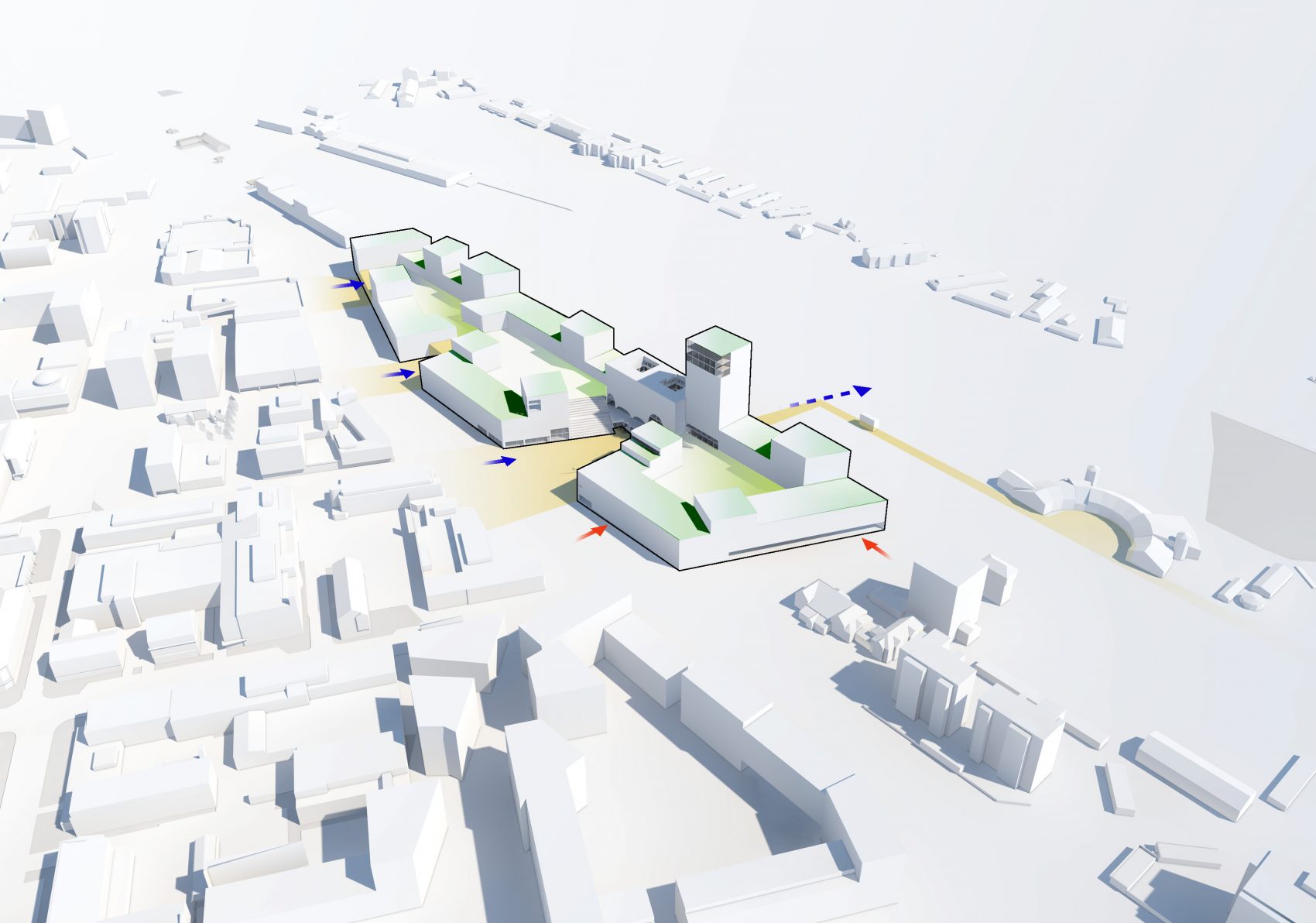 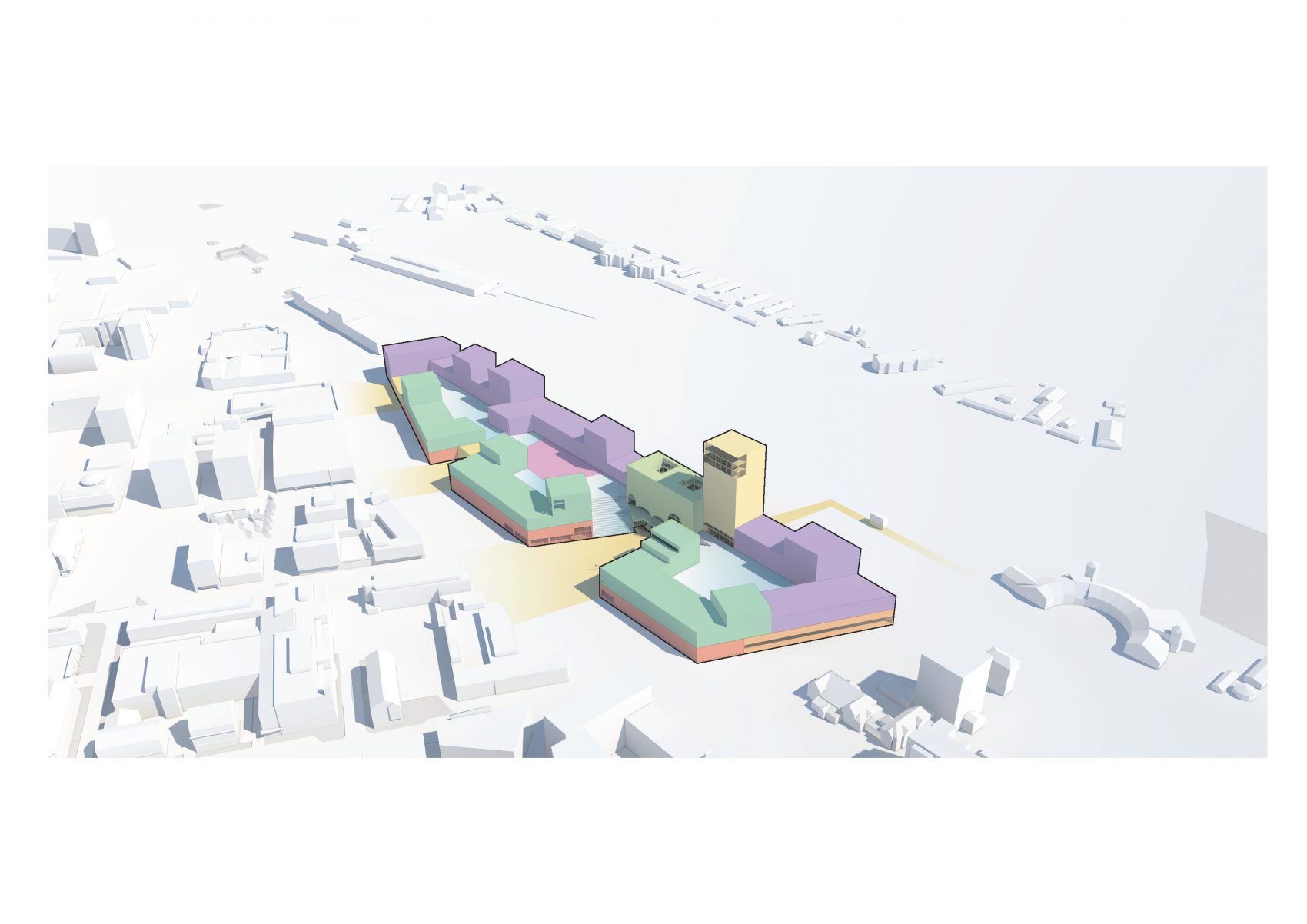 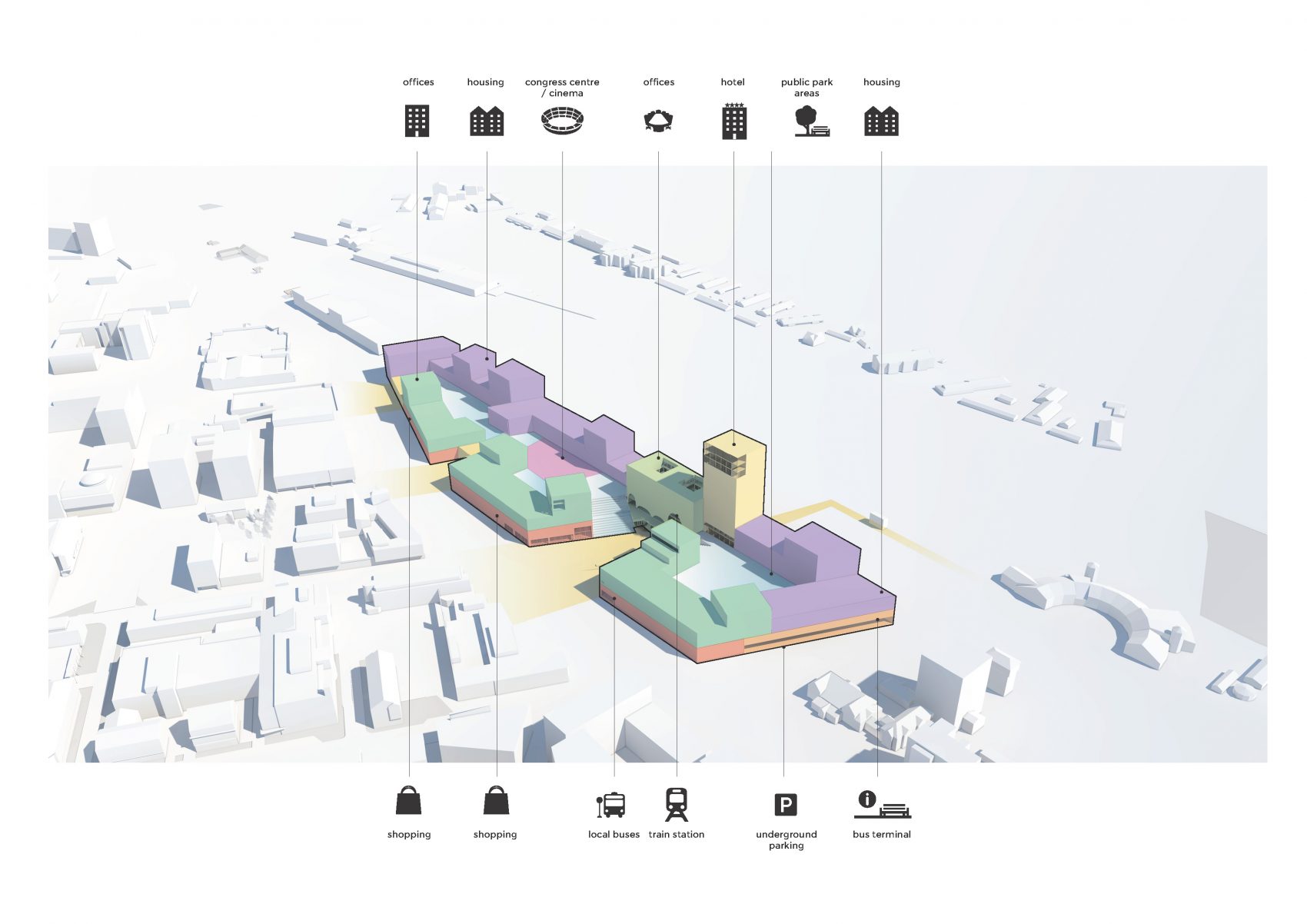 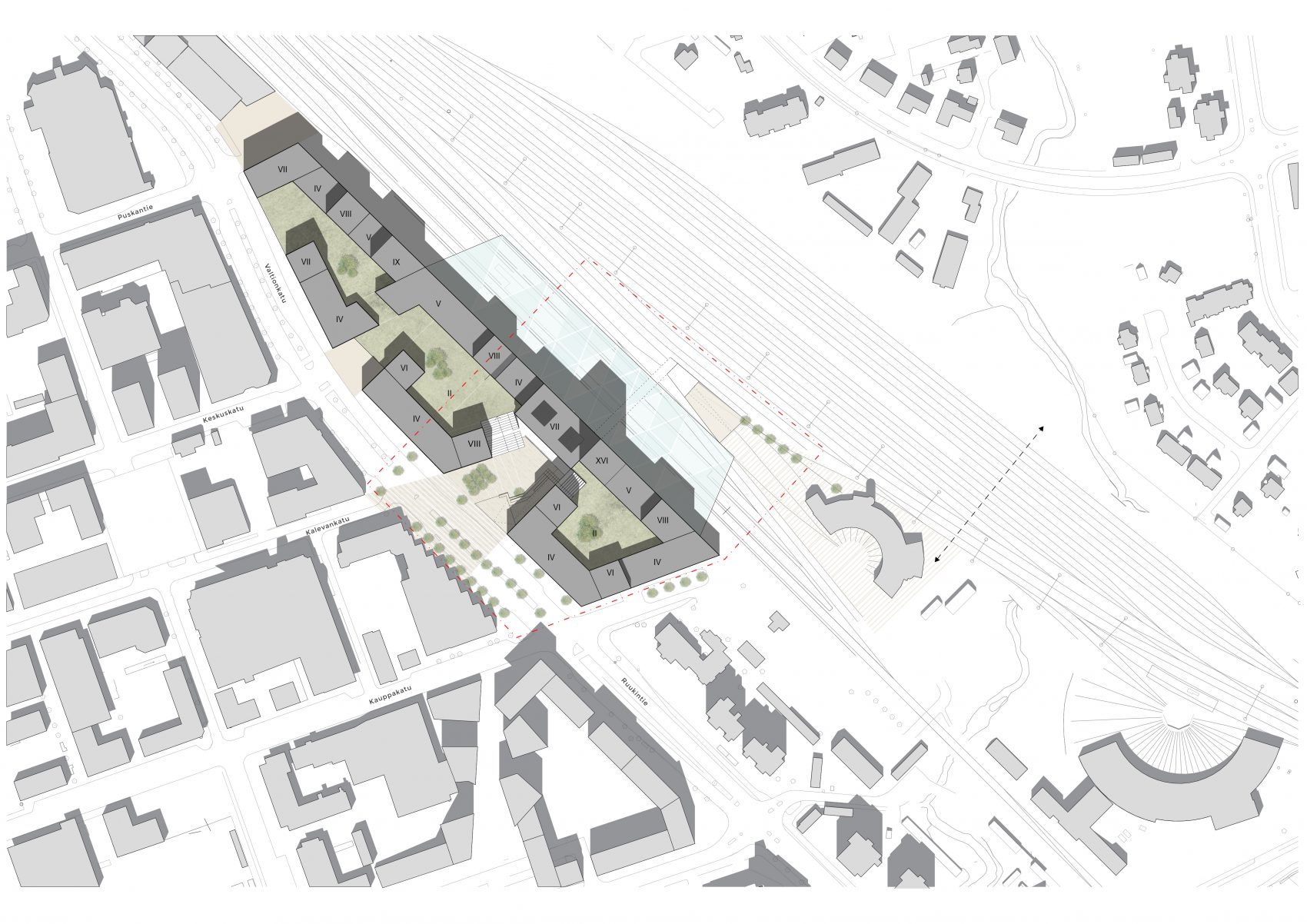 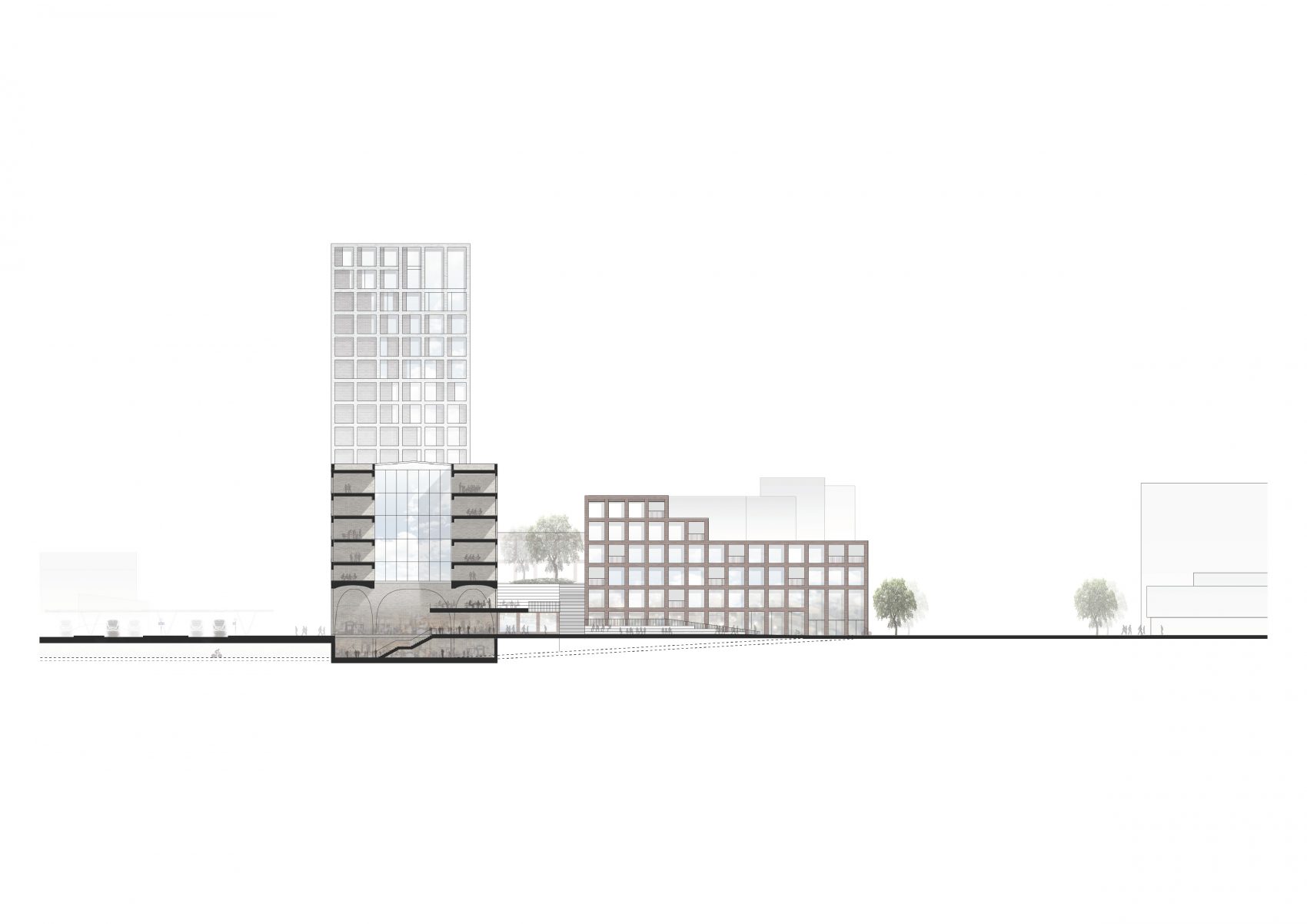 Asemaninto – a gate to the city

The basic urban structure of Seinäjoki is fascinatingly efficient. The train network brings people form near and far right into the middle of the developing city and the layout of the city offers ample opportunities for further development and densification. As the city grows more dense and there will be more residents living in the center of the city, the area around the Seinäjoki Train Station will form an important part of the developing city center. The development of the area around the station will give a new direction and a new expression to the entire city. The area around the station along with the Travel Center will form an essential core to development of the entire city and they will be instrumental in addressing questions regarding access and accessibility in the city.

In the future, the Kalevankatu street will be one of the most important connectors between the Seinäjoki Travel Center and the city. It is also the most natural connection between the city center and the yard serving the current Travel Center. The formation of a new central plaza in the area will also activate the Kalevankatu street as a pedestrian street. The axis in line with the Kalevankatu street is a natural choise for the passage between the area around the station and the Pohja neighborhood on the other side of the train tracs. Another visually important connection will be the one from the Lakeudenpuisto Park via the Kauppakatu street through the new market square towards the Travel Center. The new passage will strengthen the presence of the Aalto Cultural Center as a key component of the center of Seinäjoki and improve accessibility to it.

The new connections for pedestrian and bicycle traffic open up for consideration the potential of new uses of the existing engine shed as part of the functional structure of the area. Together with the existing Railway Workers House and the old water tower the engine shed form a cultural valuable historical area with a small structural scale. They form the south-eastern border of the area under planning. Making use of the potential of this culturally valuable historical area and connecting it with its new uses more tightly with the entire neighbohood of around the station will be an essential task in the design and planning for the new center in the area around the station.

The plan for the area is based on creating a clear continuum of block in which multiple different functions coexist and mix. It forms a rhythm in the urban structure creating open public spaces at the end of streets. The most important of these open public spaces is the central square by the station, which also serves as a central point of connection between the Kalevankatu street, the Aalto Cultural Center and the station. It has the potential to serve as a central starting and end point for the pedestrian center in the city. As an open urban public space it offers a gathering place with the restaurants serving the food province as well as a station for city bikes for rent. The square plays in important role as a central gathering place as well as as a route to the functions and premises in the surrounding city blocks. In addition, the possible new tunnel connection to the old rail yard and the Pohja neihgborhood will futher activate the square by the station and offer excellent parking places also for bicycles in the basement level.

The station square is arranged so as to create stairs that allow for sitting and spending time on the sunny side of the square. Sheltered yards between the blocks form a series of open spaces alternating between public parks and more private yards with spaces for children. The building heights are staggered opening towards the southern exposure in such as way that the tall building masses are not casting a shade over the yards. Parking is placed in the basement as part of the block structure making them conveniently accessible and serives for various functions easy. In order to enliven the street space, it is essential that parking spaces don’t interfere with the street facade making it passive but they be left open to various activities that create a lively street space and accommodate shops and other amenities such as cafes and restaurants.

The location on the station along with its efficient linkages to the city offers an excellent context for creating a new office hub and Travel Center there. At the end of the Kalevankatu street the new office building togehter with the hotel building emphasize the connection between the station and the Frami office campus and the new central square to be developed. The shape of the new office building is strong and serves as an identifiable landmark in the area. Shops and the services of the Travel Center have been places under a vaulted structure which serve to form a pedestal for the building allowing the shops and restaurants to be intertwined with services offered by the Travel Center serving the flow of people passing through. A ramp for pedestrian and light traffic connects the railway platform and the tunnel with the Travel Center and its shops. Natural light enters all the way into the connecting tunnel through the large openings in the vaulted facade and the light wells around which the office spaces in the upper floors have been grouped. Passageways and service spaces have been arranged in such a way that it is possible to divide the office spaces in the upper floors even into relatively small independent offices around the light wells. Under the light wells passageways lead through the building along each of the four sides. Clear passageways create synergies with the hotel reception next door as well as with the upcoming congress center and movie theater complex with its auditoriums and event spaces. The new office building serves an important role as a connecting element linking the various activcities in the center into one. The building forms a gate connecting the railway and bus platforms with the station square and it gives a face to the developing center of the city of Seinäjoki.