Completed in the spring of 2015, Puukuokka One was the first eight-story high wooden apartment building in Finland. The entire load bearing structure and frame of the Puukuokka buildings is made of massive wood and composed of prefabricated volumetric CLT modules. Each apartment is composed of two modules, one housing the living room, the balcony and the bedroom, the other housing the bathroom, the kitchen and the foyer area. The piping for heat, water, electricity and ventilation is integrated in the wall structure in the hallway allowing for an efficient organization of the plan and making it possible to maximize the space allotted for each apartment.

Puukuokka explores the potential of modular prefabricated CLT construction to provide environmentally responsible and affordable housing of high quality. It pilots an innovative lease-to-own financing strategy that aims to support social sustainability by promoting stable communities. With 58 units in Puukuokka One, 70 in Puukuokka Two and 56 in Puukuokka Three, ranging from studios to three bedroom apartments, the entire complex offers homes for 184 households from single dwellers of all ages to families with children.

In Puukuokka, the goal was to find a solution that makes the best possible use of the technical and aesthetic qualities of CLT and to create a wooden building in large scale with a distinct architectonic expression of its own. The goal was to create a building complex that combines the sense of privacy of single-family dwellings with the semi-public character of the shared spaces of an apartment building. The vision is to provide the residents with a functional space rich in experiential qualities.

Commissioned and built by Lakea, and developed in collaboration with Stora Enso, Puukuokka is an energy-efficient and ecological trio of multi-story wood-framed apartment buildings in the Jyväskylä suburb of Kuokkala. The town plan created in collaboration with the City of Jyväskylä has been specifically tailored to meet the needs of the building complex. The CLT modules are prefabricated in a local factory in Hartola less than two hours away from the site of Puukuokka. The use of prefabricated modules has made it possible to cut the construction time on site down to six months per building and to reduce the exposure to weather conditions. 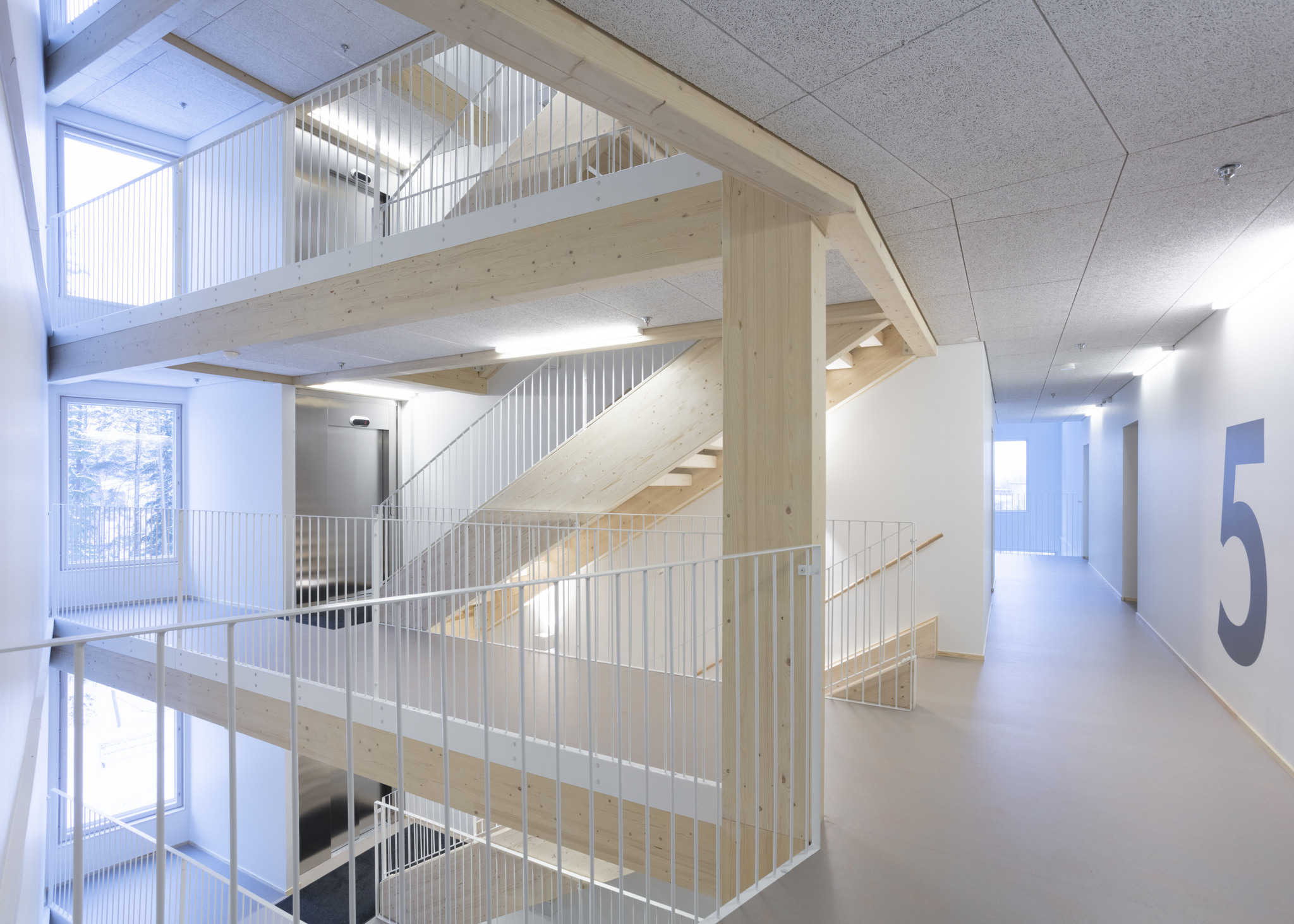 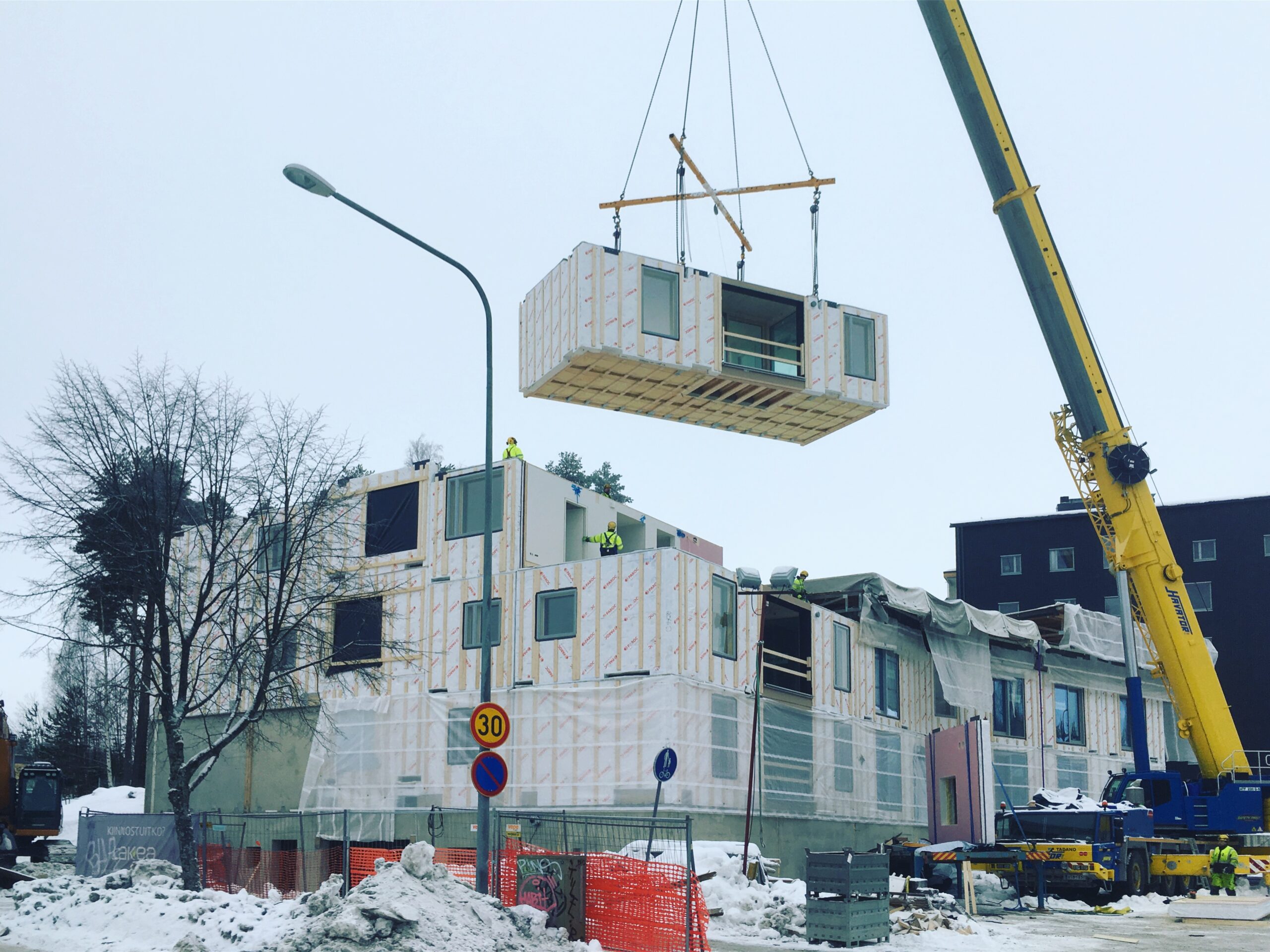