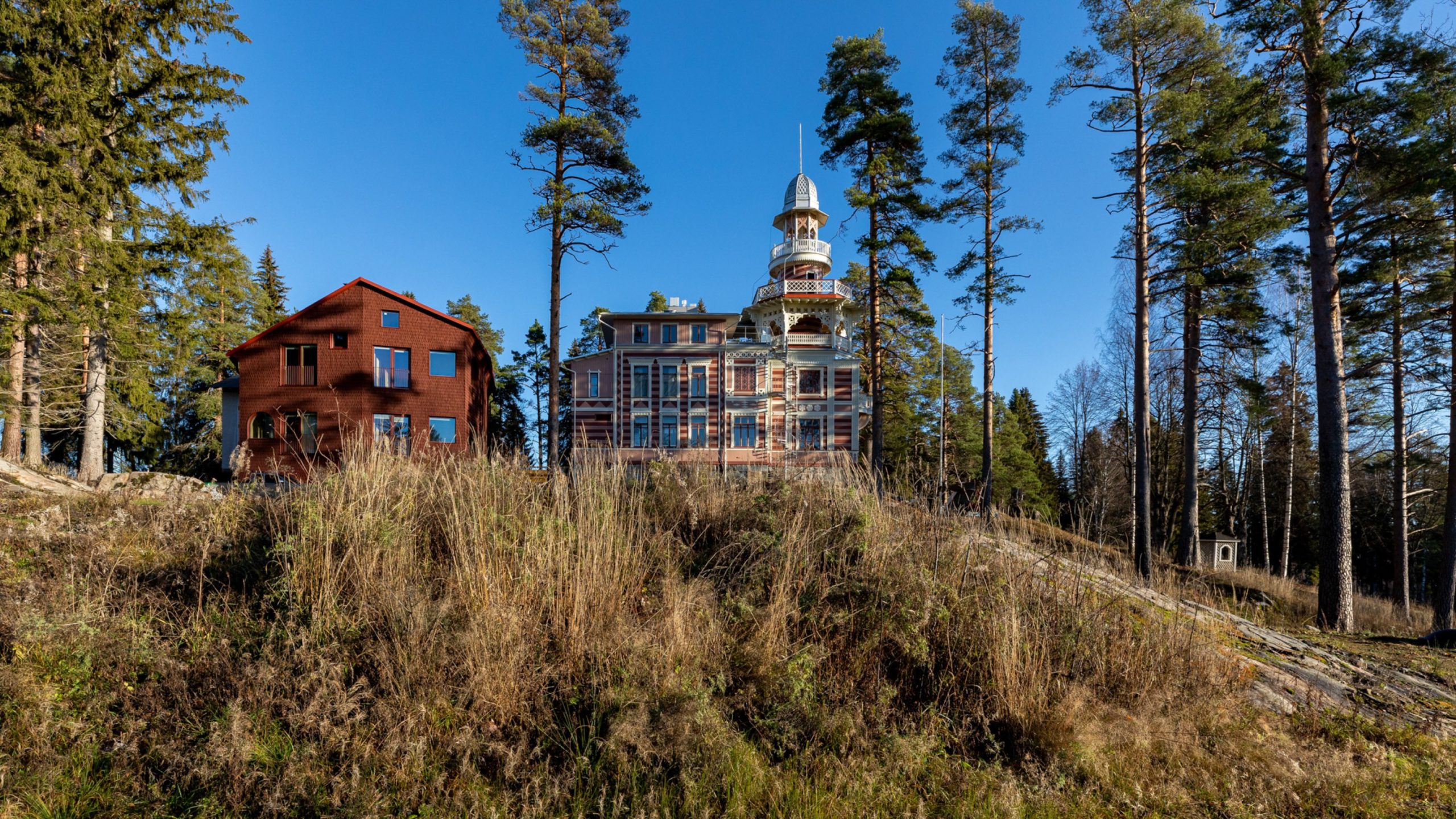 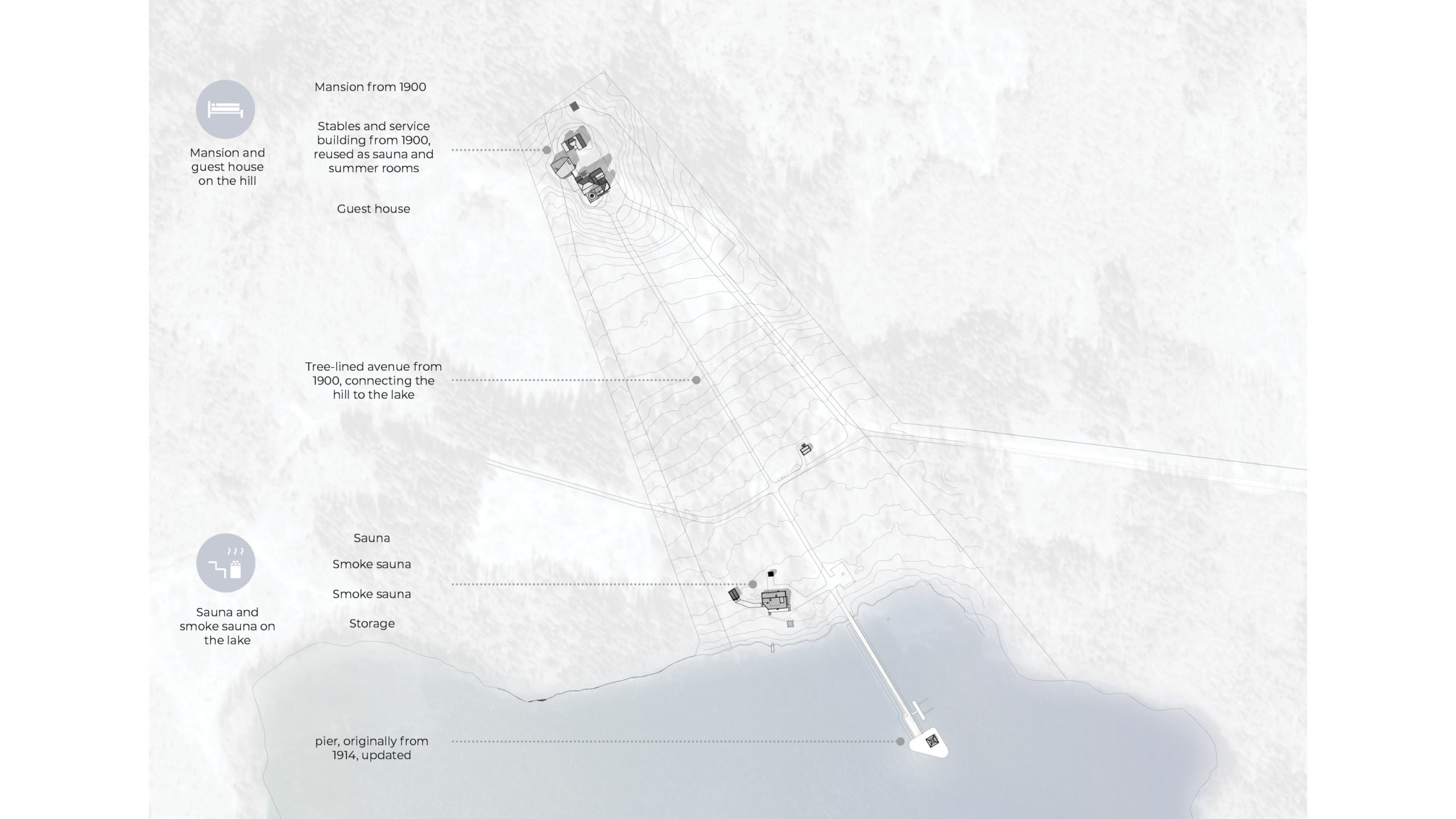 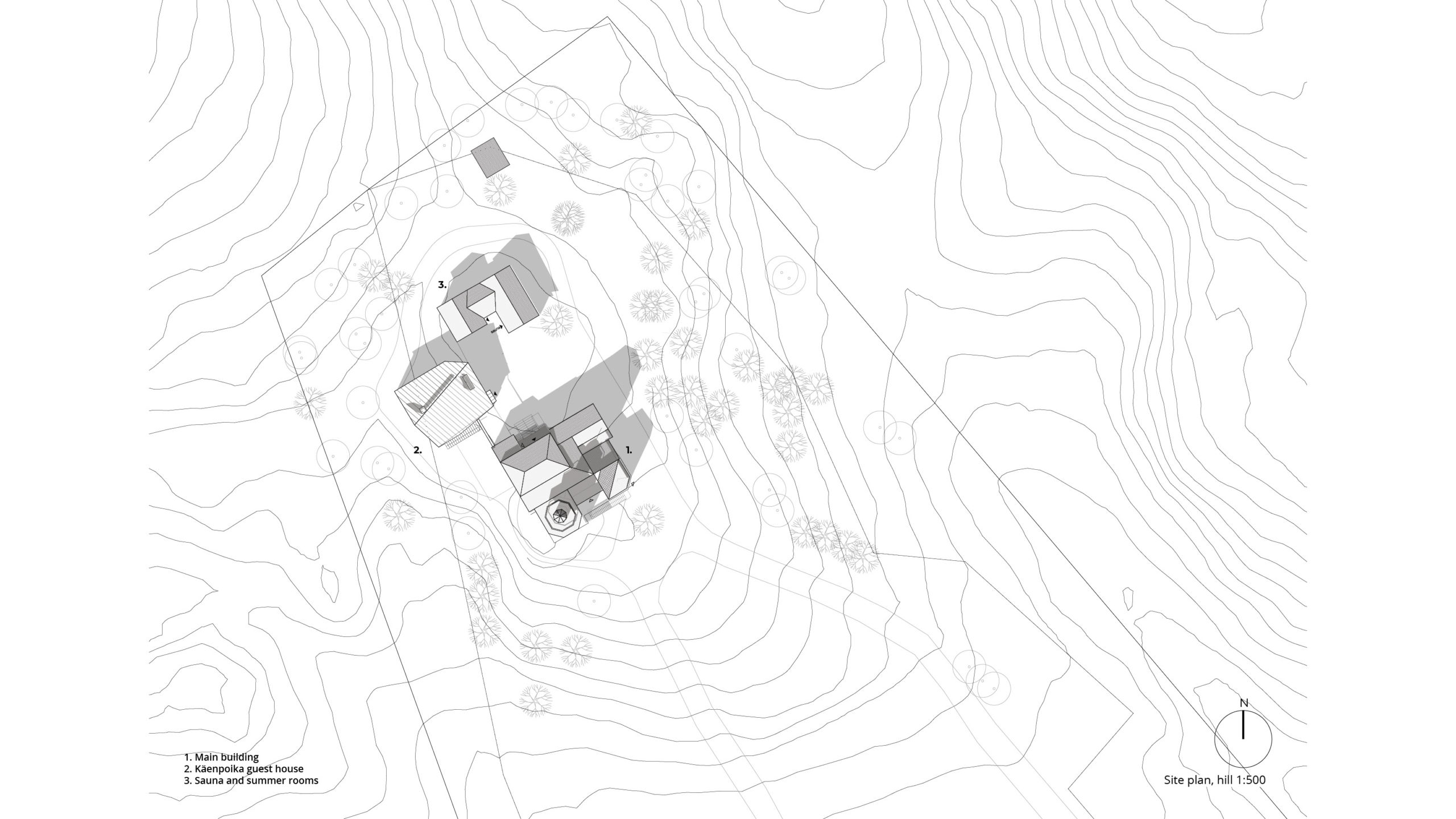 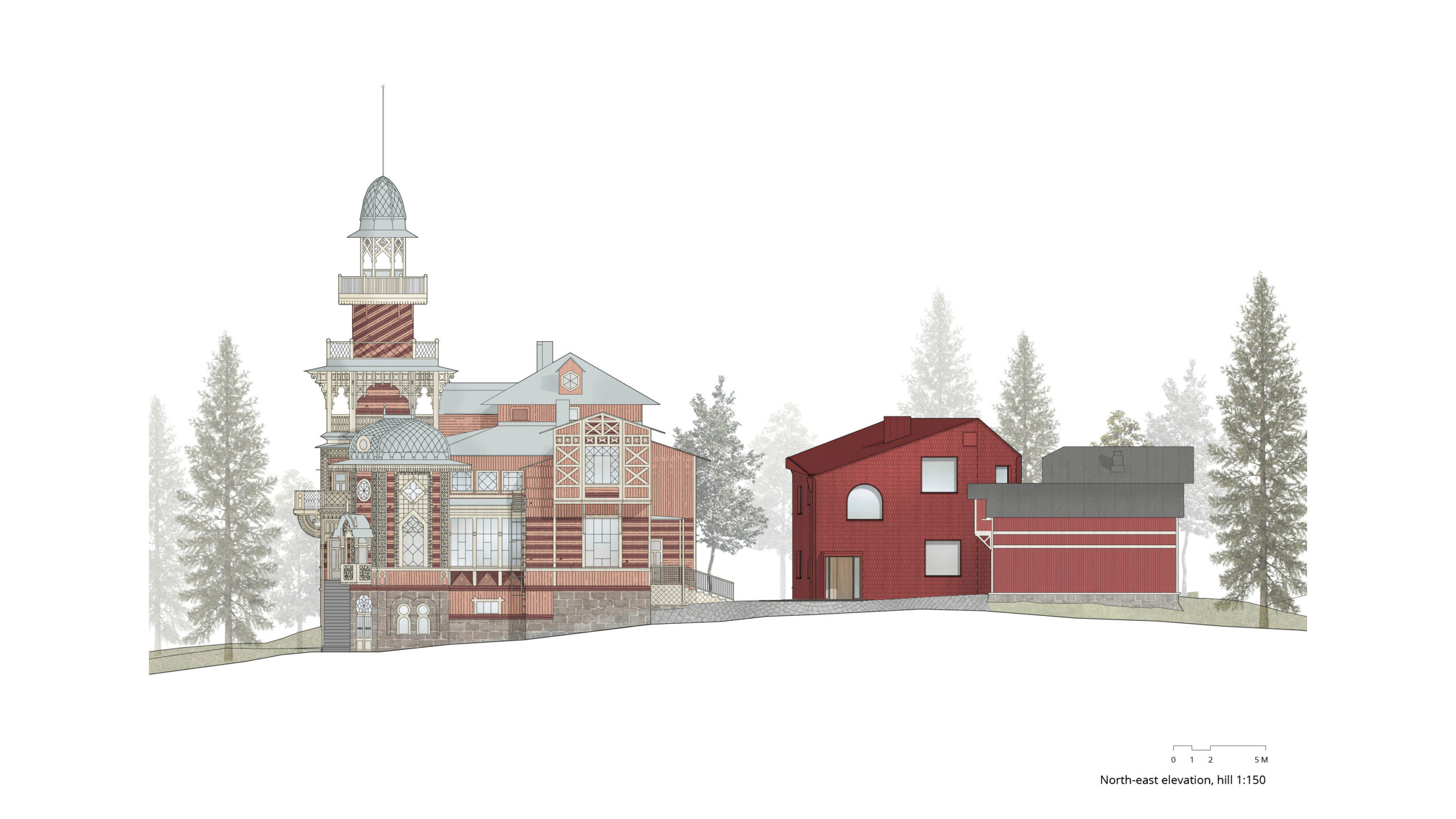 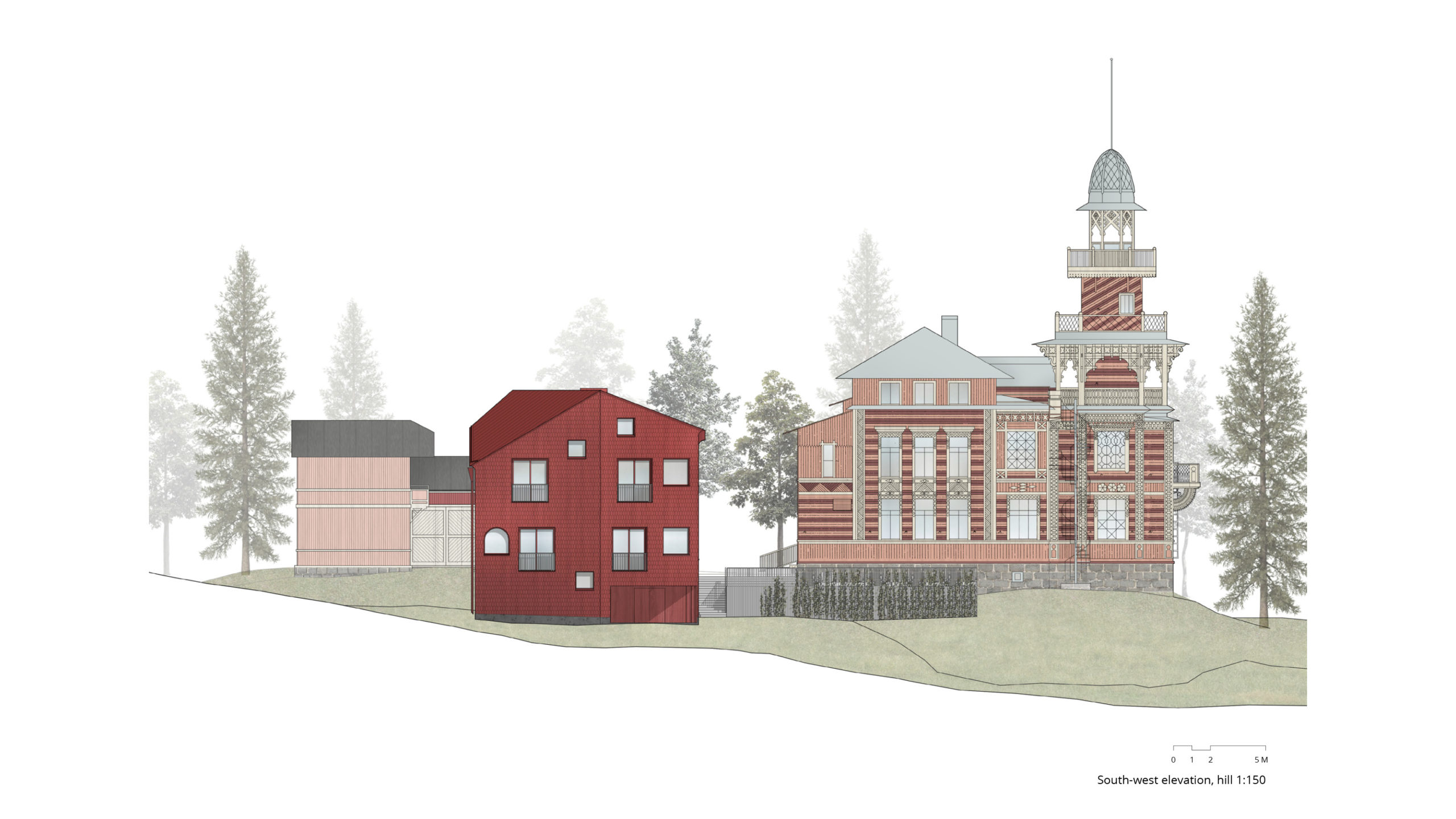 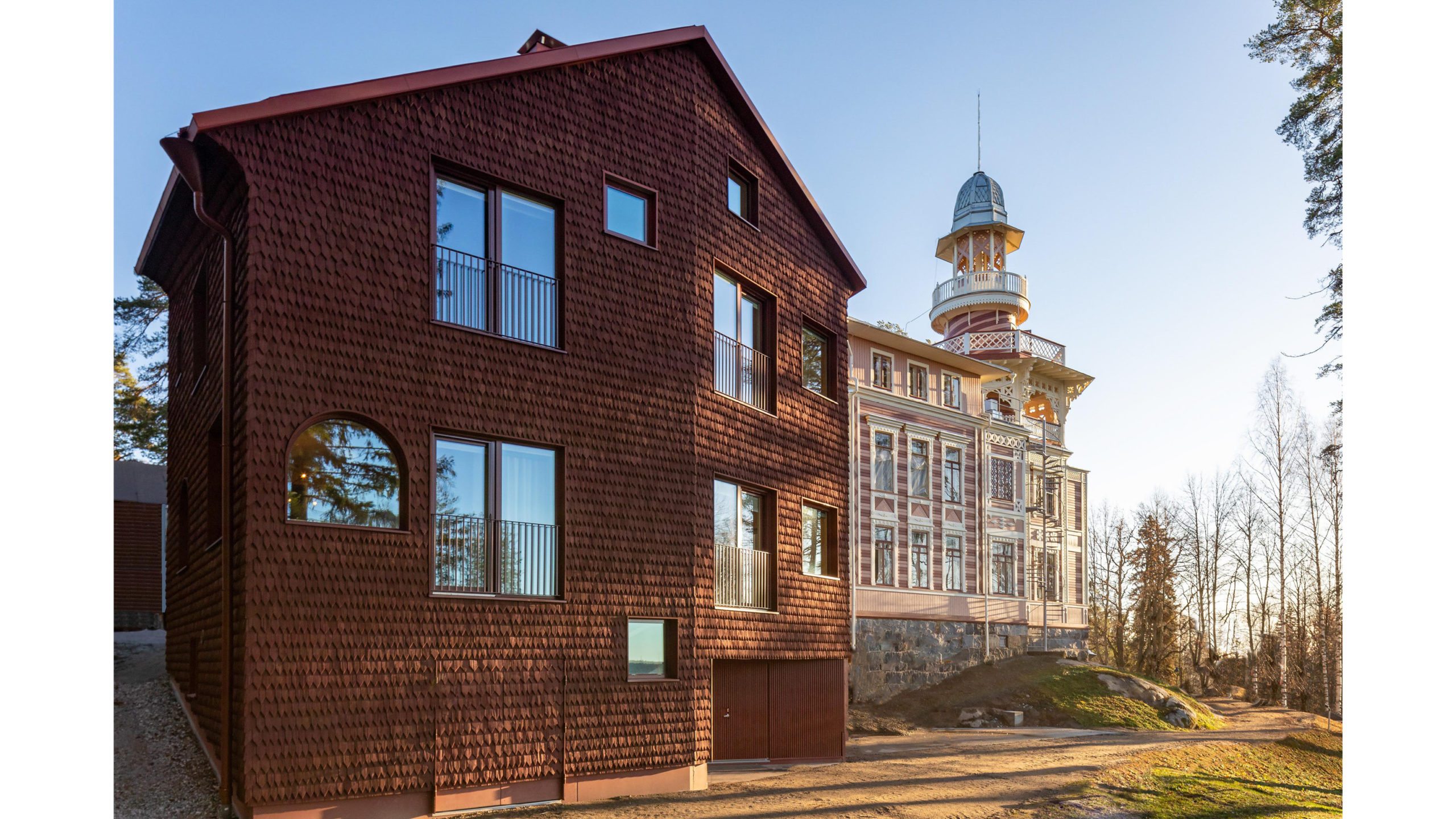 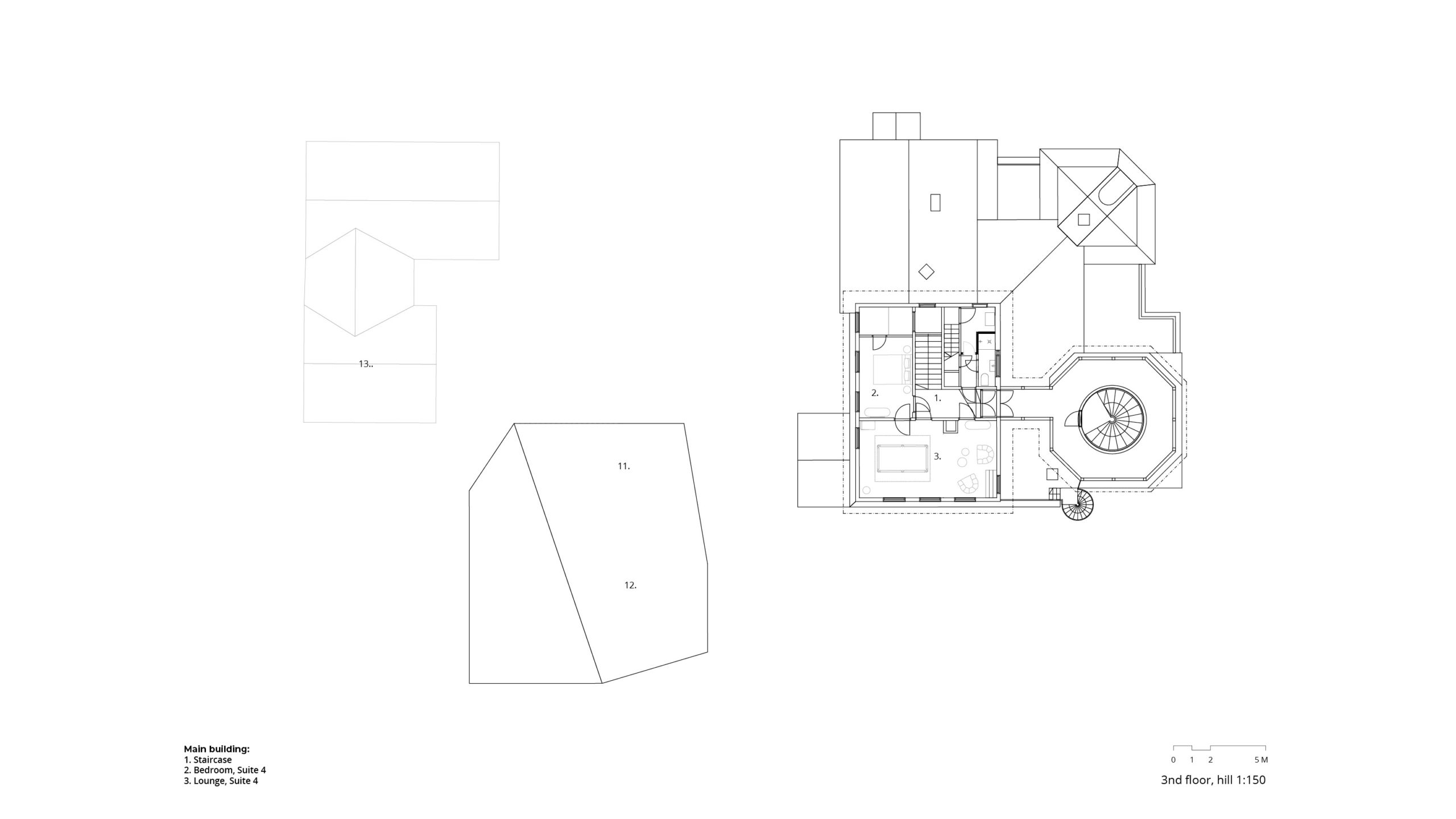 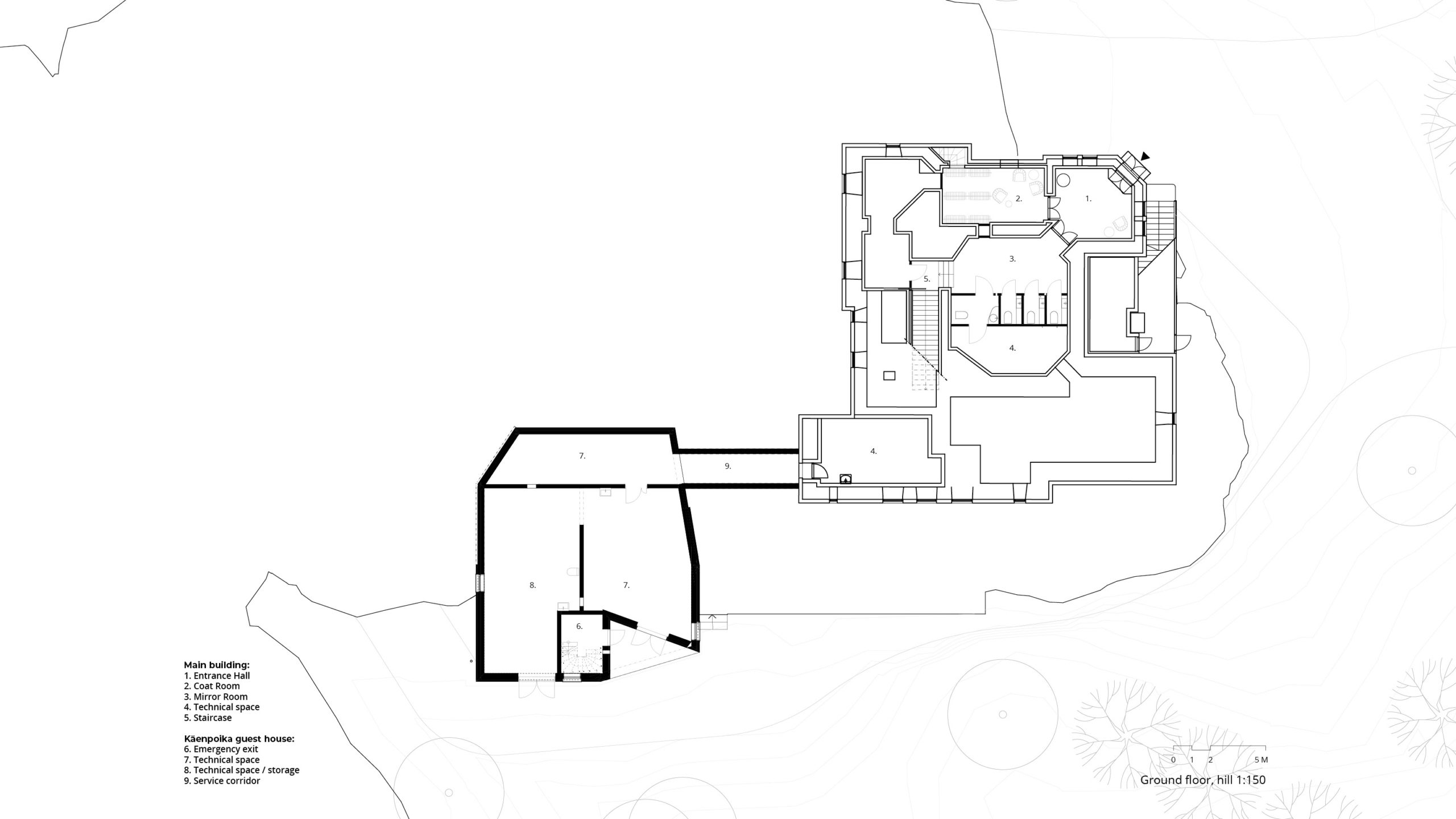 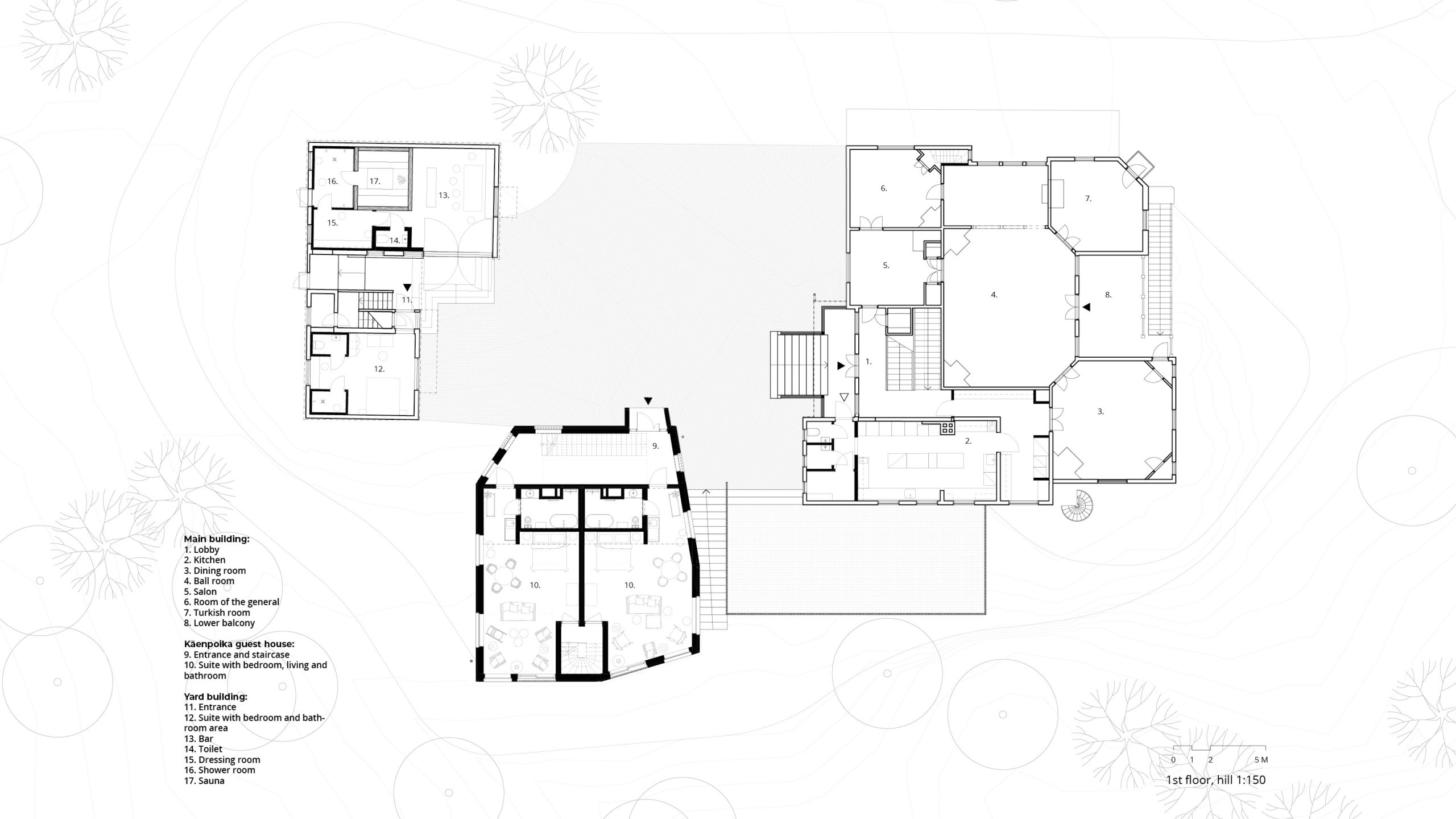 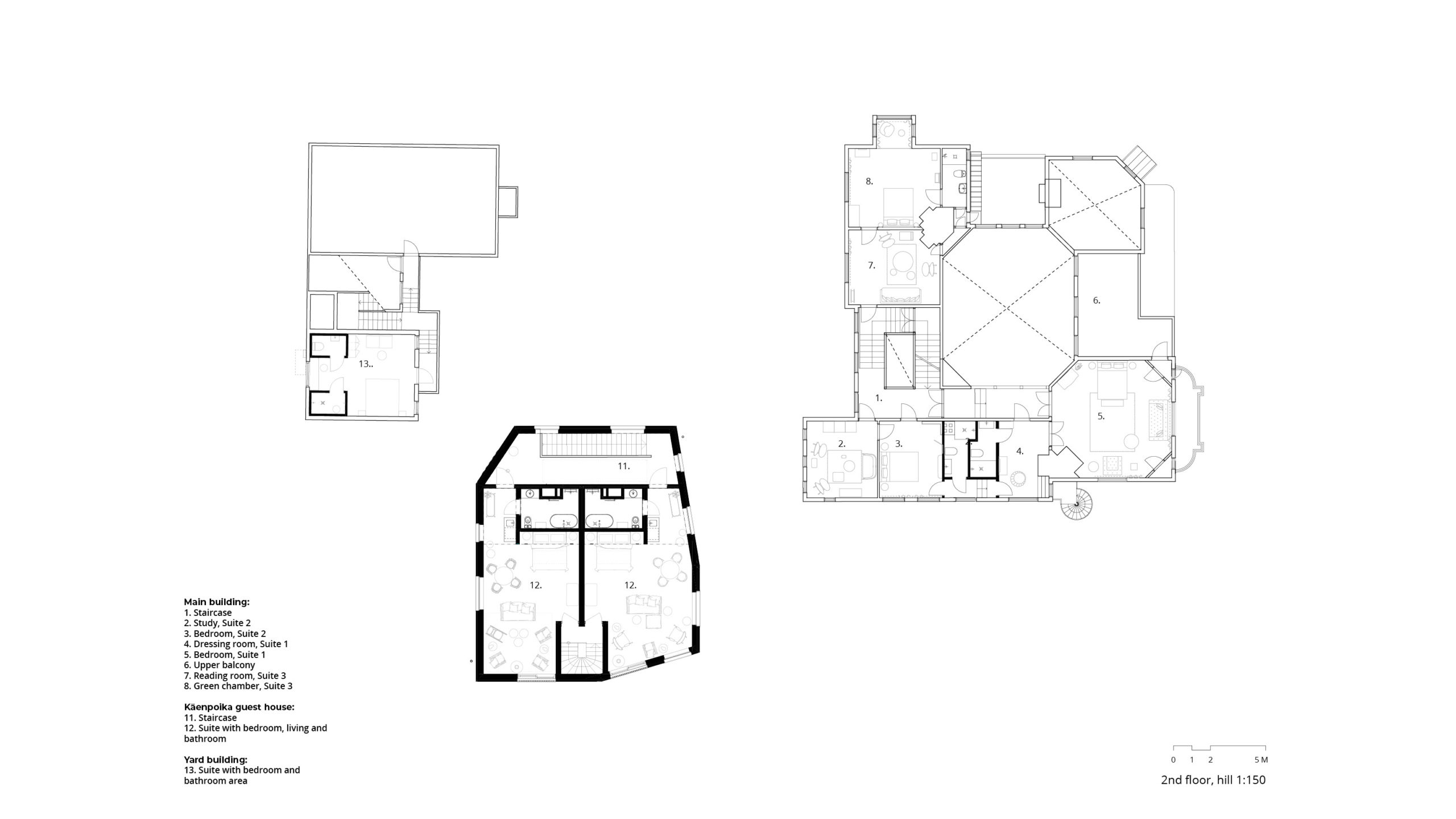 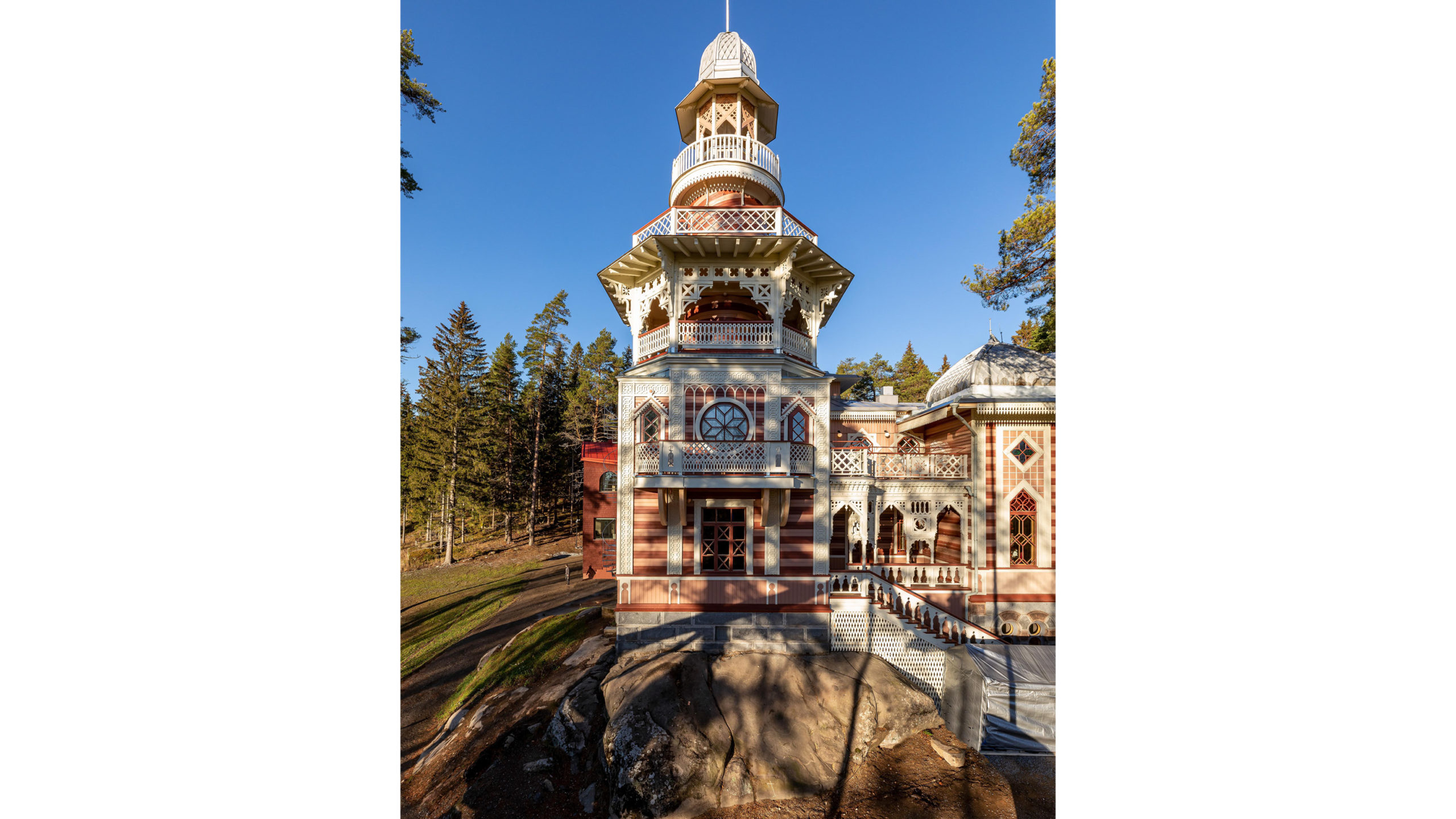 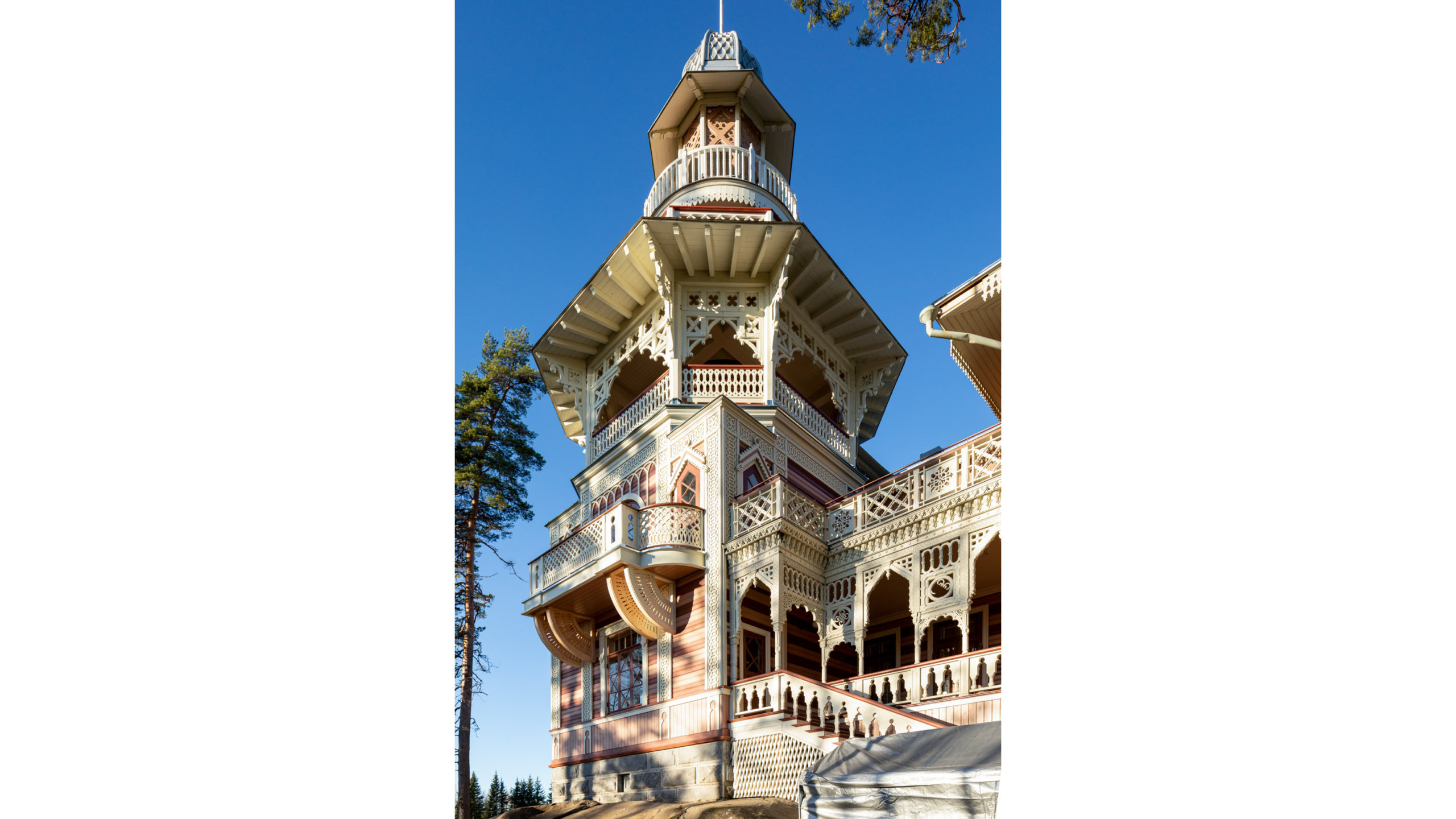 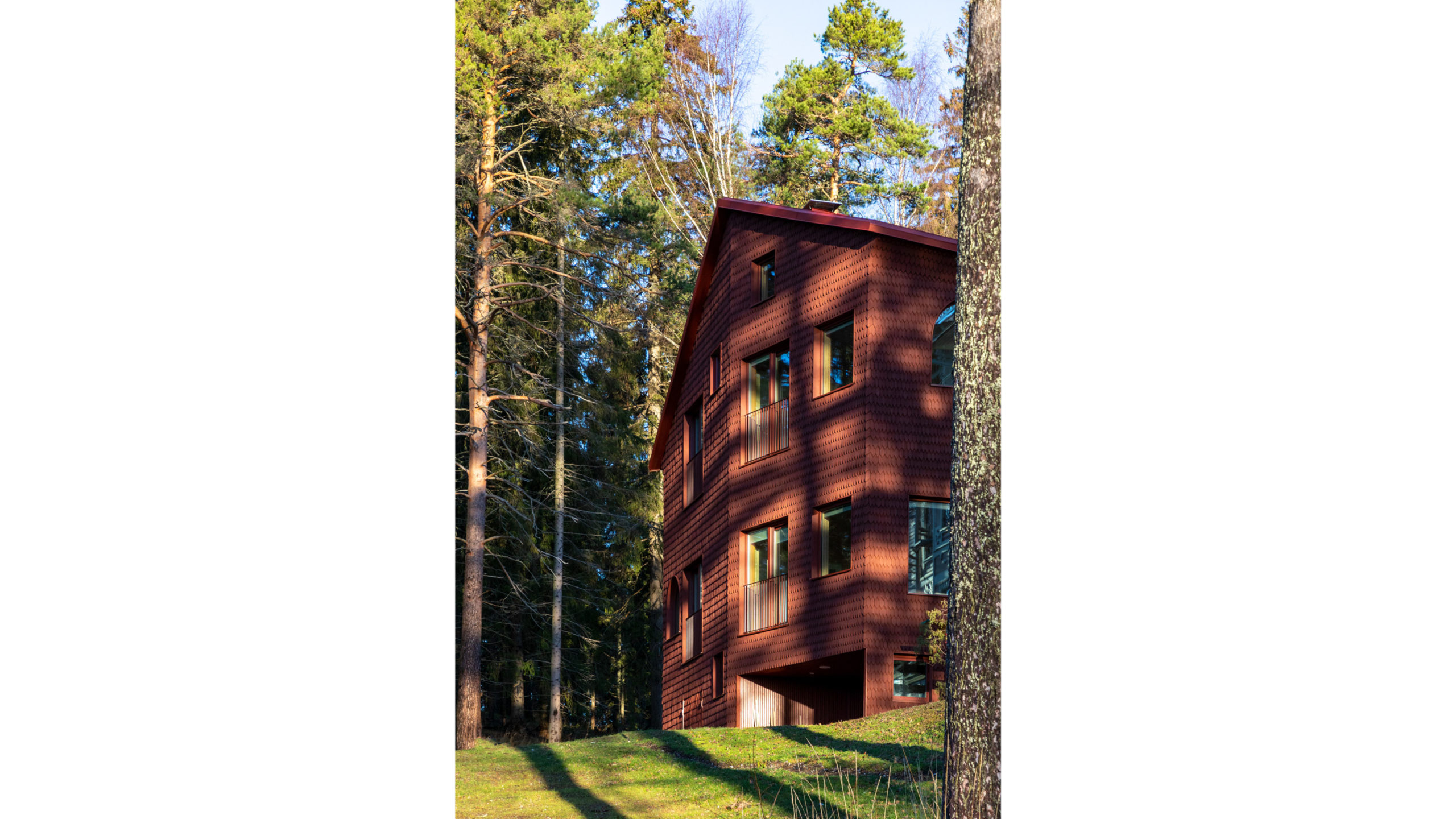 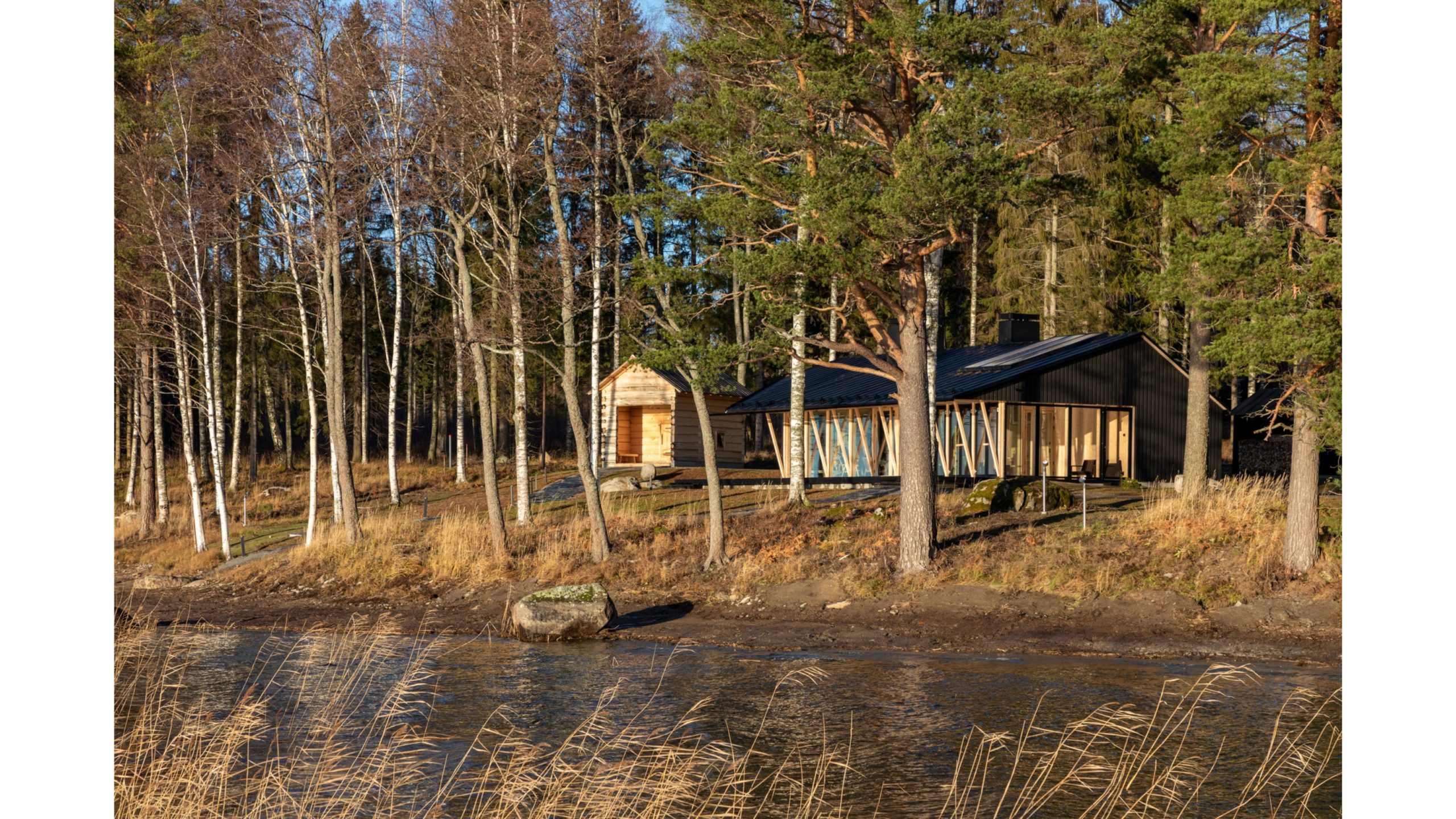 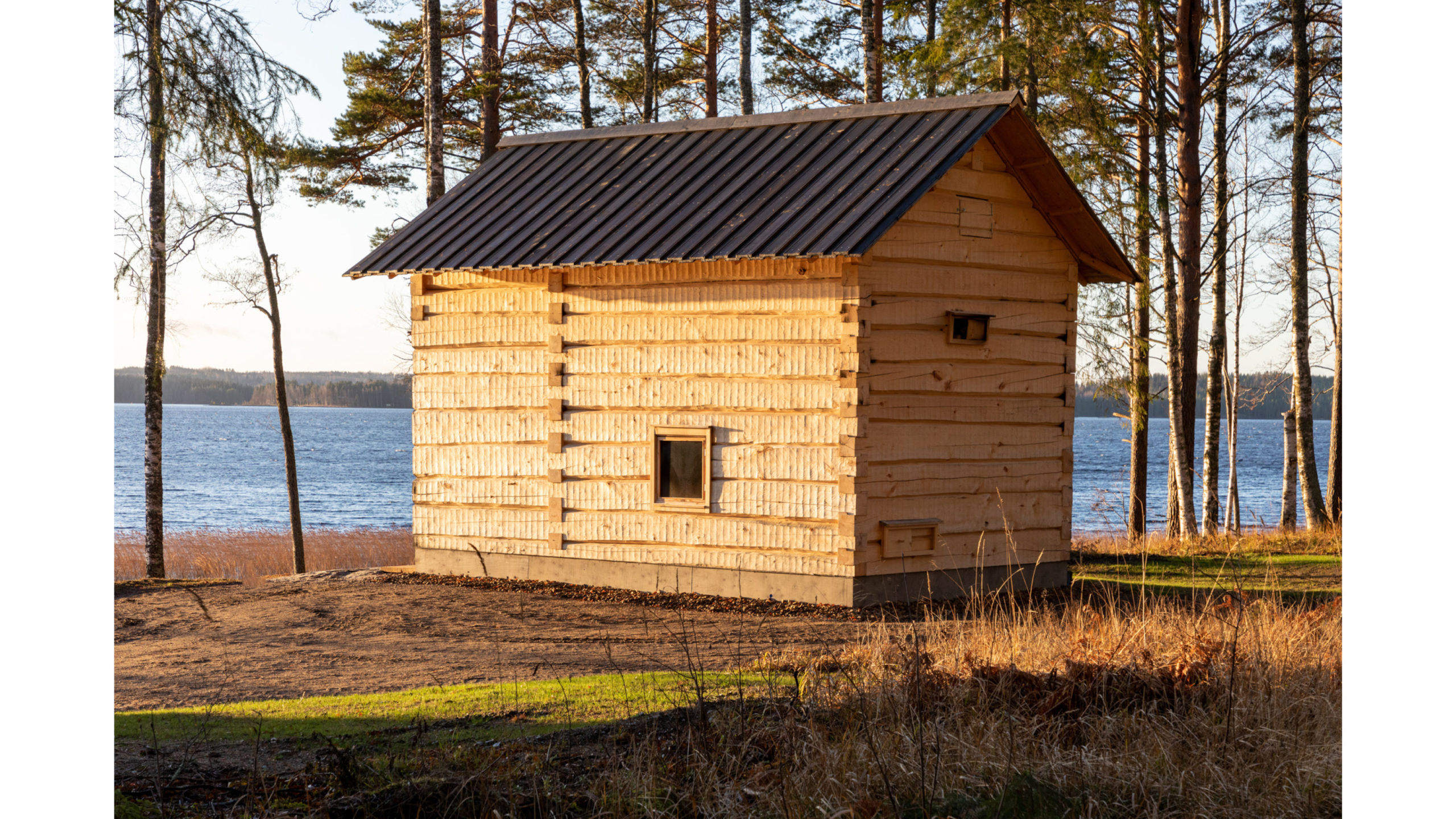 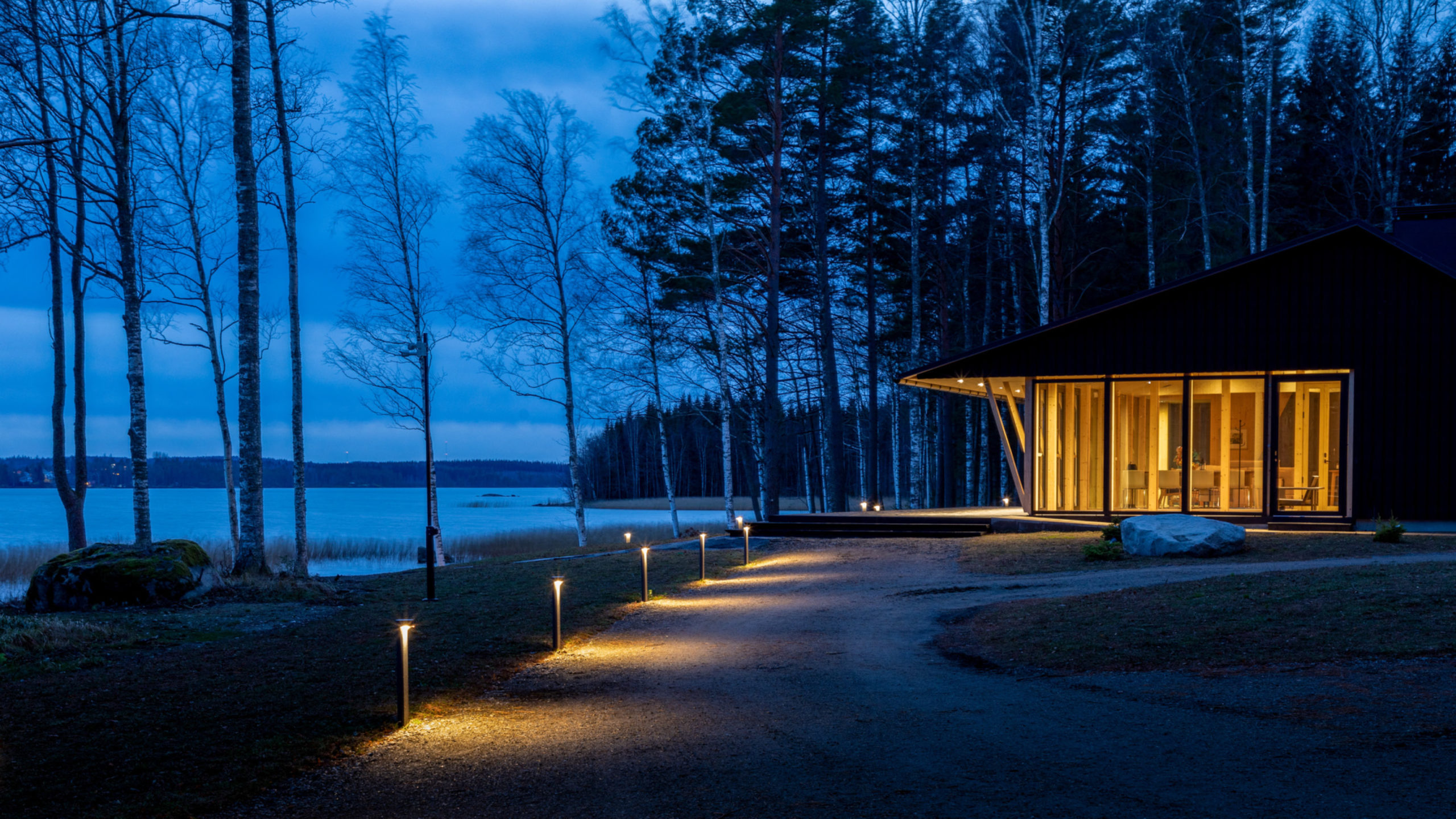 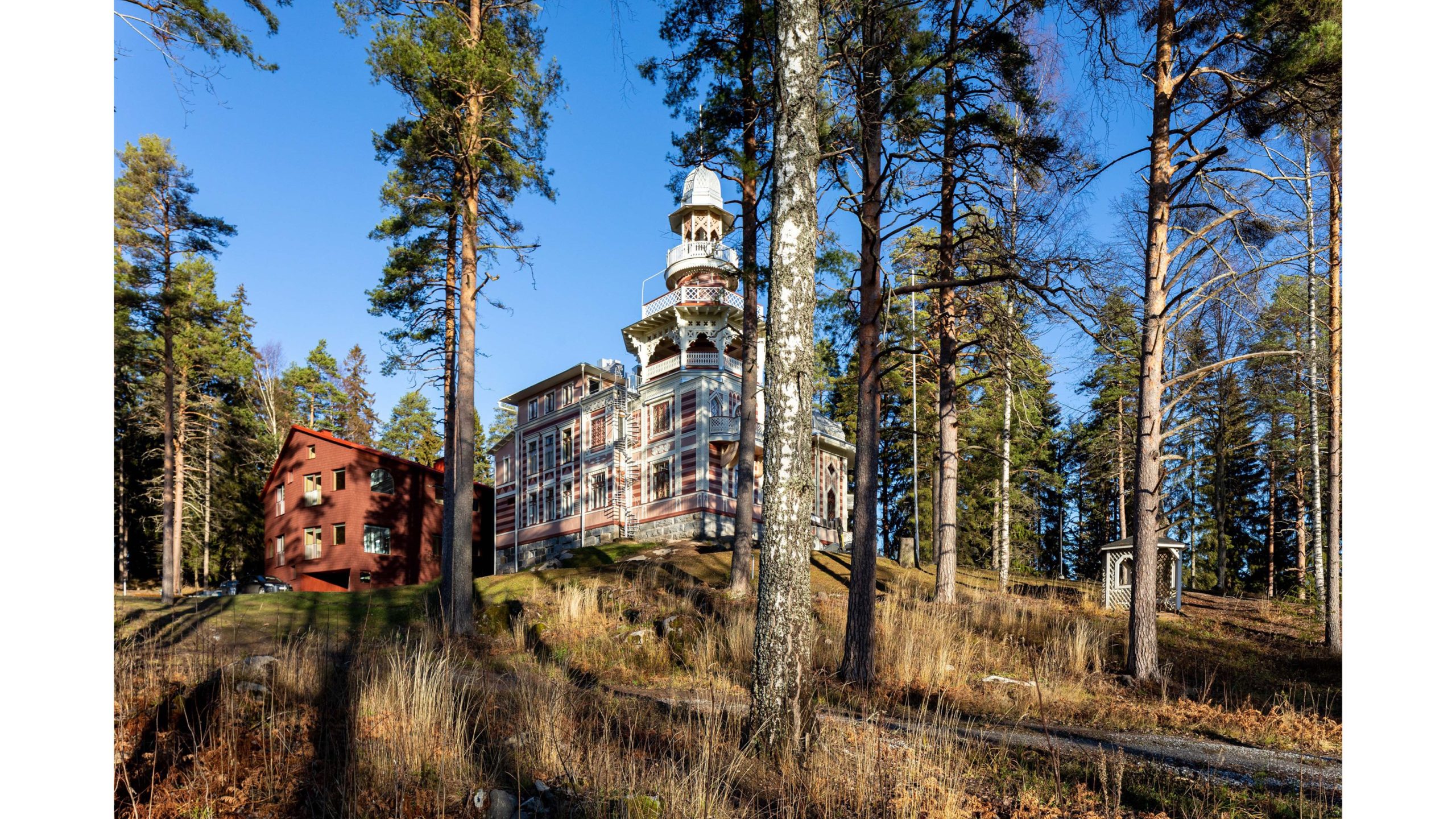 The project for the restoration and renovation of the Rauhalinna Castle provides an example of how a layer of contemporary architecture with a voice of its own can added to complement a historical landmark to improve its functionality.

The Rauhalinna Casle is an old wooden castle surrounded by parkland and forest in Savonlinna, Finland. With its rich ornamentation and intricate detailing, the Rauhanlinna mansion dating from 1900 is a unique example of Russian style wooden manor houses in Finland. With a rare combination of Arabic influenced pillars and Swiss inspired decorative wood carved details, it is landmarked for historic preservation as a culturally and architecturally valuable milieu.

It was in need of repair, and its new owners have decided to undertake a major restoration and renovation project to repair the main building as well as to bring the rest of the manor with its supporting buildings to contemporary standards. To bring new life to the Rauhalinna Castle as the active place of meetings and social life that it once used to be, the old main building was carefully restored and a new guest house was built to accommodate the needs of visitors, and two new sauna buildings were created.

The old sauna by the lake was replaced by a new one. In addition, an additional new sauna building was built. The aim is to improve the functionality of the castle in a way that recognizes and respects the unique qualities of the culturally remarkable milieu. Introducing a contemporary layer of architecture with a strong sculptural character of its own, an interesting dialogue between the richly ornamented old mansion and the new buildings is created. The goal is to allow the old and the new to engage in a conversation with each other as equal partners each with their own voice.

For more information and images about the new lodging house, Käenpoika, see HERE.