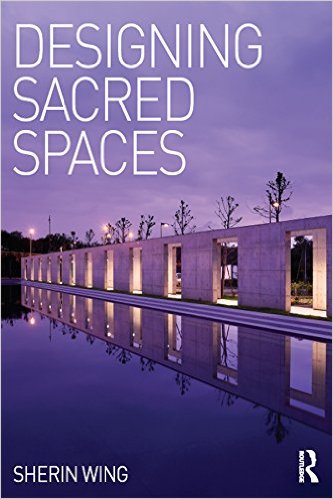 OOPEAA is featured as one of seven architecture offices whose designs for sacred spaces are presented in the book. The Kärsämäki Shingle Church, Klaukkala Church and the Kuokkala Church are among the 20 buildings showcased in Designing Sacred Spaces. The book covers buildings providing spaces for religious practice from churches, mosques, synagogues and temples, monasteries and retreats located in Europe, Asia and North America. Complementing the richly illustrated case studies the book contains essays on the cultural, historical and theoretical meaning and importance of sacred spaces.

“Sacred spaces exemplify some of the most exciting and challenging architecture today. Designing Sacred Spaces tells the inside story of seven architecture firms and their approaches to designing churches, mosques, synagogues and temples, monasteries and retreats. Twenty beautifully illustrated case studies located in Asia, Europe, and North America are showcased alongside discussions with the designers into concept and design development, materiality, and spatial analysis. Complementing these are essays on the cultural, historical, and theoretical meaning and importance of sacred spaces. By exploring the way we see religion and how we understand secular and sacred space, Designing Sacred Spaces reveals how we see ourselves and how we see others. A tour-de-force of first-person narratives, research, and illustrations, this book is a vital desk reference. “