Developing the vision for the future Seinäjoki City Center 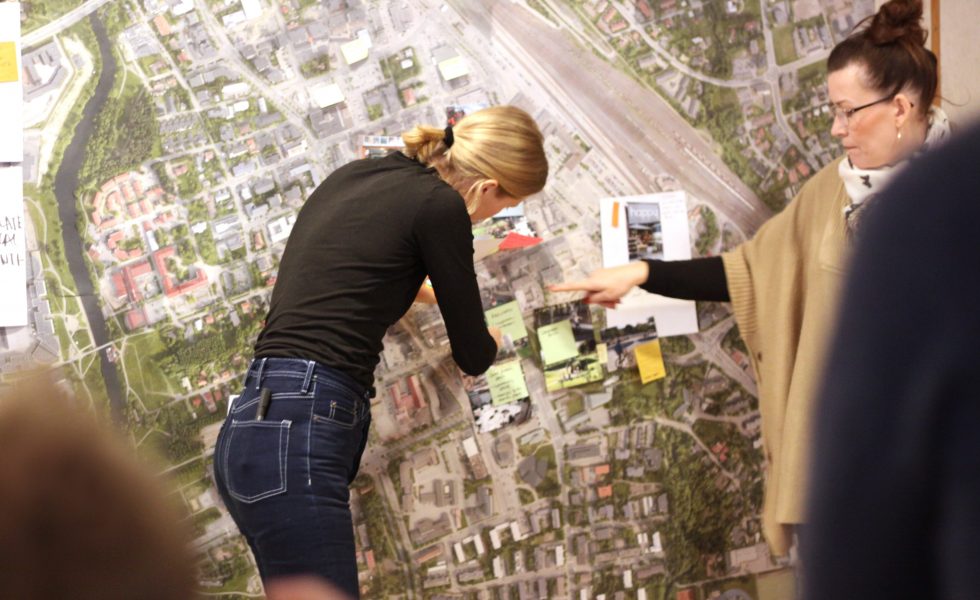 OOPEAA is leading a series of invited workshops together with Gehl People to develop the vision for the future Seinäjoki City Center. The first workshop took place on January 24, 2019. It was organized around the theme of goals, visions and hopes with the topic of “How do we live in the future Seinäjoki?”. The morning session was held with city officials and the afternoon session with upper school students giving both groups an opportunity to actively engage in thinking about the future development of their city. This first workshop day will be followed by a second set of workshops later in the spring with the topic of “Building the city”. The workshops will be complemented with additional focus meetings with restricted groups during the spring.

The goal is to develop a vision for the future Seinäjoki city center and to create a spatial strategy for a holistic development of the city. The city of Seinäjoki is one of the fastest growing urban areas in Finland. In this period of growth, the central parts of the city have a great potential to offer in developing the city in a way that can help make the entire city of Seinäjoki more liveable, attractive and connected.

The center of Seinäjoki is characterized by a unique combination of assets with strong potential: The Cultural Center with the theatre, library, the Lakeuden Risti Church and the administrative center with the town hall, all originally designed by Alvar Aalto in the late 1950s and early 1960s, forms the cultural core of the city. The new library designed to complement Aalto’s original library provides s an important place of active civic life for the citizens of Seinäjoki from young to old. The train station and the travel center connect to city effectively by public transportation to the surrounding regions, and the parkland and greenery along the river that runs through the city offer a great opportunity for enjoying the outdoors even in the very center of the city. Together all of these elements provide a great starting point for creating a vision for a sustainable and liveable city in the future.

The strategic vision and the toolbox that facilitates its implementation will be developed in a series of workshops together with representatives of the City. In creating the vision, design and communication go hand in hand. OOPEAA acts as the lead coordinator and the main designer of the project and Gehl People offers their expertise in analysing the spatial dynamics of the urban life on the streets and public spaces. The Urban Planning Department of Seinäjoki supports in the organization of the workshops and in facilitating the communication in order to help involve stakeholders and locals in the process.