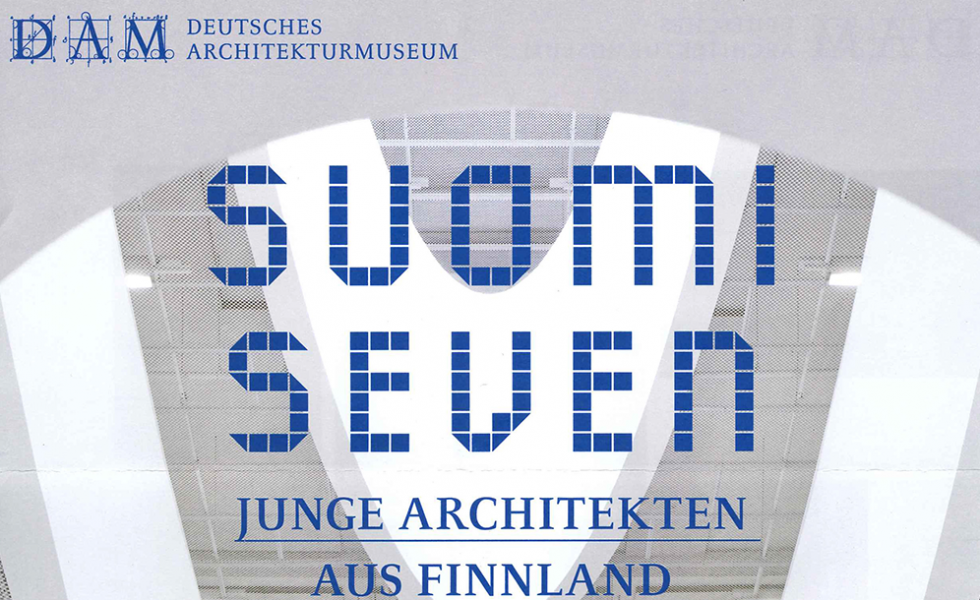 OOPEAA Office for Peripheral Architecture is glad to be part of the upcoming Suomi Seven. Emerging Architects from Finland Exhibition, taking place in conjunction with the next Frankfurt Book Fair, the world´s largest publishing event opening September 2014. Finland is guest of honour of this year´s edition and its lively and notable architectural scene of up and coming young offices will be presented in the exhibition.

Organized by the Museum of Finnish Architecture (MFA) and the Deutches Architekturmuseum (DAM) in collaboration with the Architecture Information Centre Finland, the exhibition portrays the current status of Finland as a nation of architectural excellence through the work of seven amongst the most interesting Finnish young offices.

Chosen under the curation of DAM and the MFA, these teams are reshaping the landscape of contemporary architecture in Finland: they are young yet accomplished, have a clear link with the Scandinavian modernist heritage and with the rural, local building tradition and yet show a distinctive and independent architectural language that is of interest internationally.

Like many of the offices presented in the exhibition, OOPEAA was established as a result of significant commissions won though architectural competitions. Anssi Lassila founded the office at a very young age after winning the competitions for the Kärsämäki Church and the Klaukkala Church. Over the past ten years the office has successfully built a remarkable and internationally acclaimed portfolio of works that stands out in its variety and quality.

Creating an office after winning a competition has often prompted young architects in Finland to set up their own practice. By winning competitions, the emerging architects presented in the exhibition have had the rare opportunity to work independently on major projects at a very early stage of their career, adding new perspective on the development of housing projects, public facilities, private family houses.

The presented works of Oopeaa

OOPEAA is presented through its most well-known and internationally published project, Kuokkala Church, commissioned through winning an invited competition in 2006. With a masterly use of wood in the structure, with wooden interiors, stone cladding and copper hints in the exterior it creates a distinctive architectural form, adding a new layer to the language of the design of sacral spaces.

Additionally, two other projects are exhibited, Puukuokka Housing Block and Konsthall Tornedalen. While they are very different in terms of their location and scale, they will both equally draw the attention due to their strong architectural concept and innovative technical solutions. An energy-efficient multi-storey timber frame housing development in Jyväskylä and a new cultural centre for arts and crafts in the Swedish Lapland, both of these new projects are currently under way and will be realized in 2016.

Puukuokka Housing block is already of international interest for its innovative use of CLT timber structure in multi-storey building and for the sustainability of its technical solutions; Konsthall Tornedalen, commissioned through an international invited competition, reinterprets the traditional layout of Lapland villages into a contemporary yet respectful shape that will become a landmark in the surrounding landscape and a reference point for the Northern cultural and art scene.

On the occasion of the exhibition, a book about the upcoming architectural scene in Finland will be published in English and German by the MFA and the DAM and distributed during the book event.

Also the Arvinius+Orpheus OOPEAA´s monograph will be available at the fair´s shop, at booth 4.1.K99.