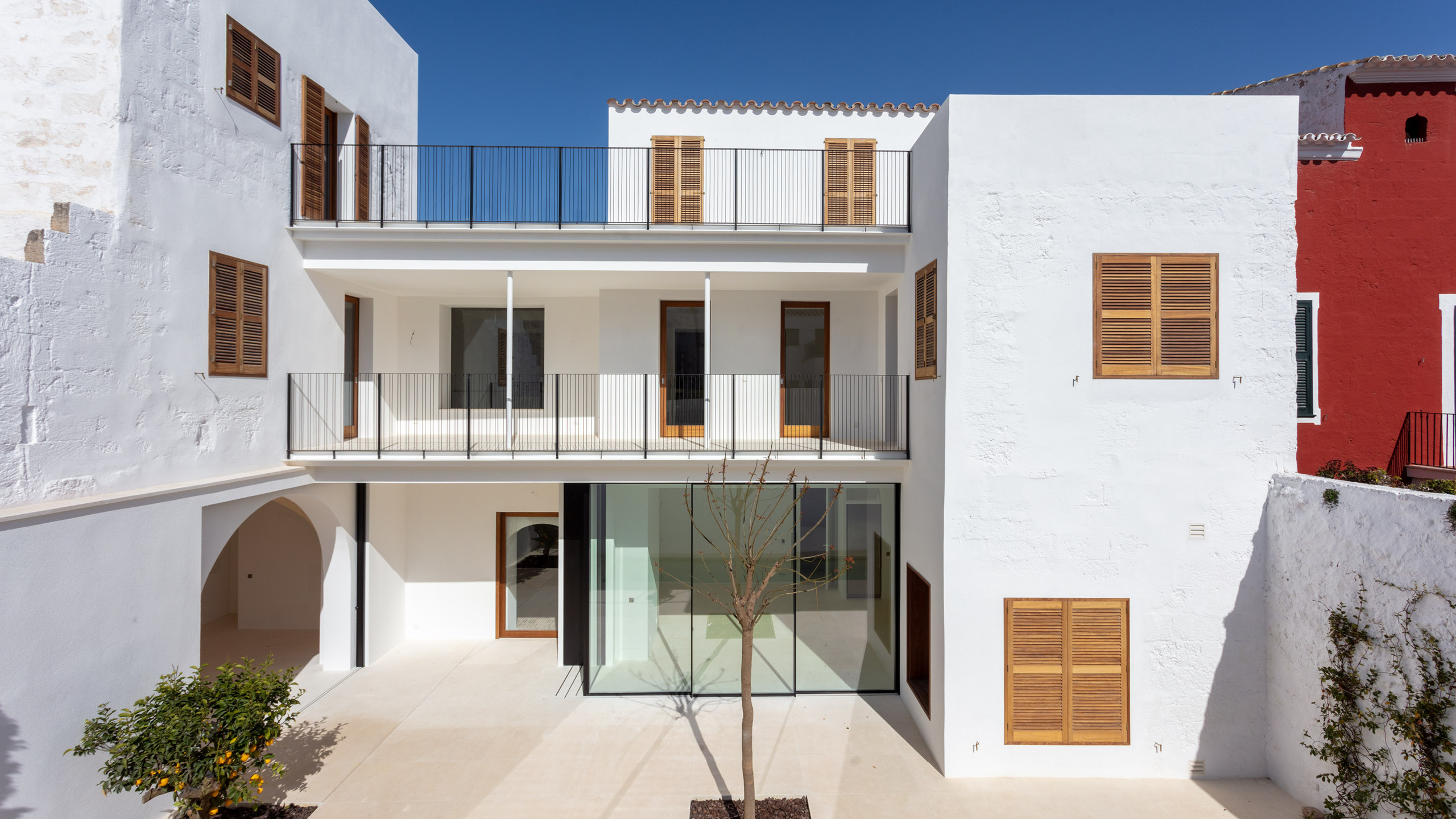 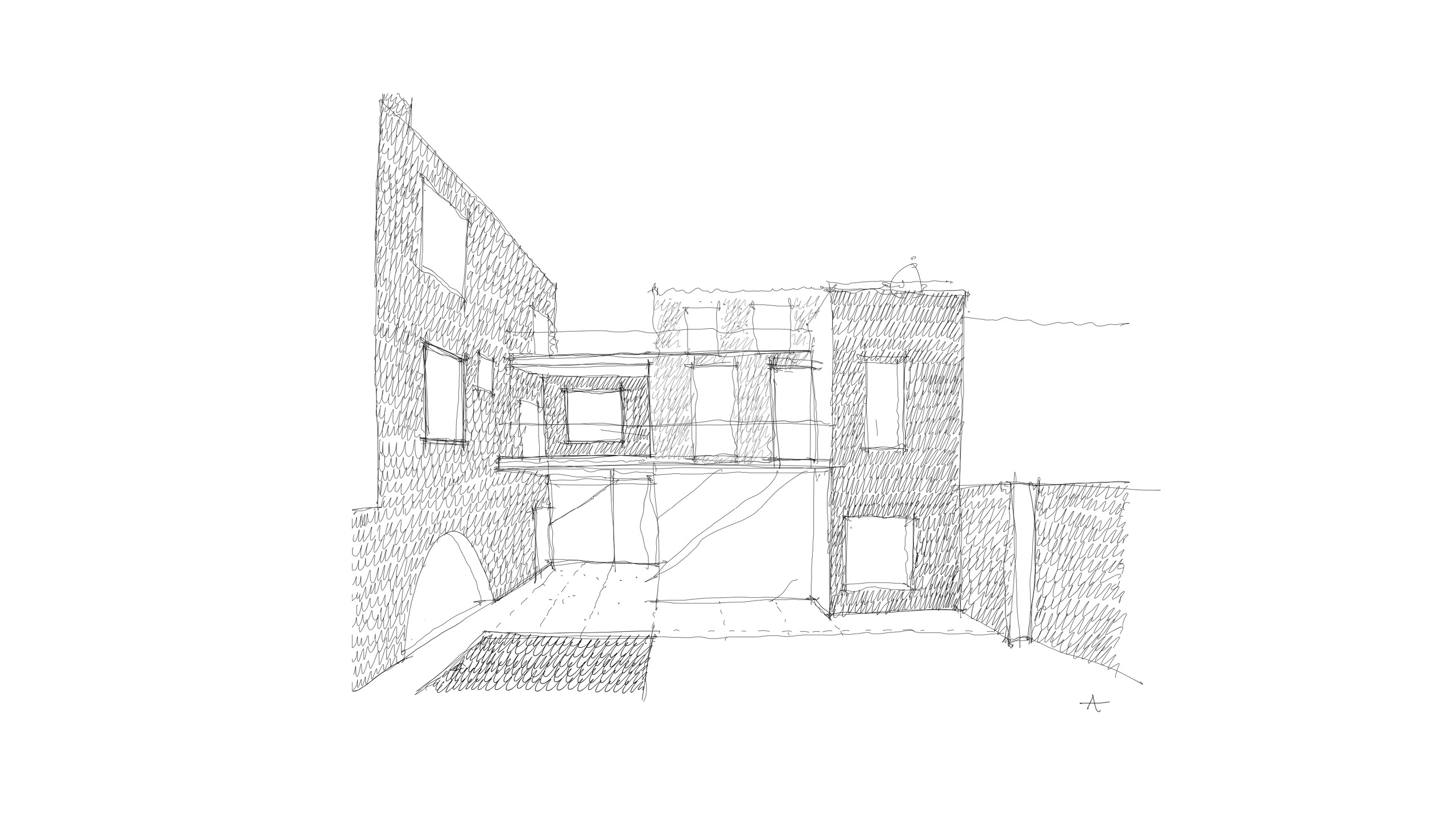 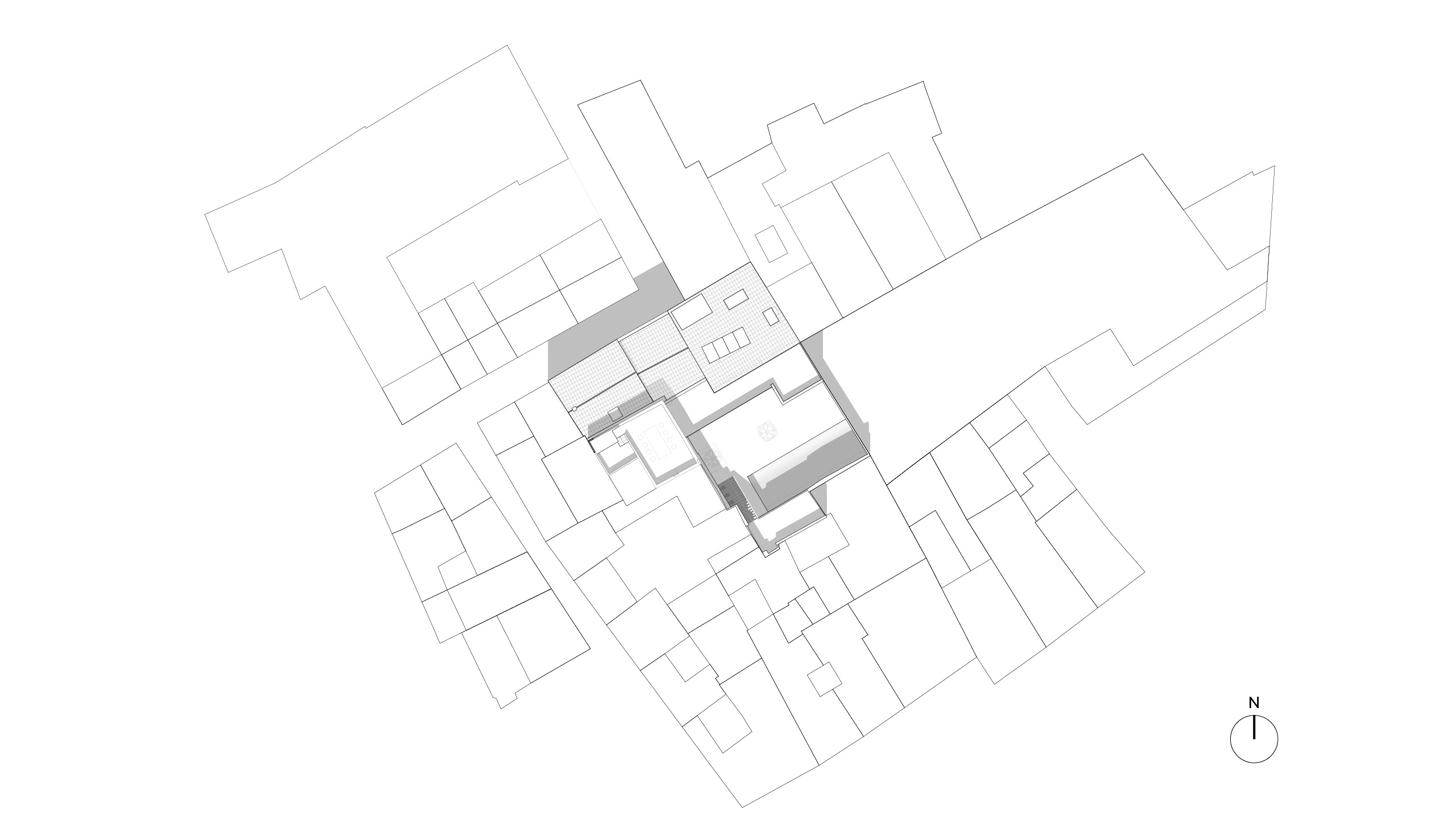 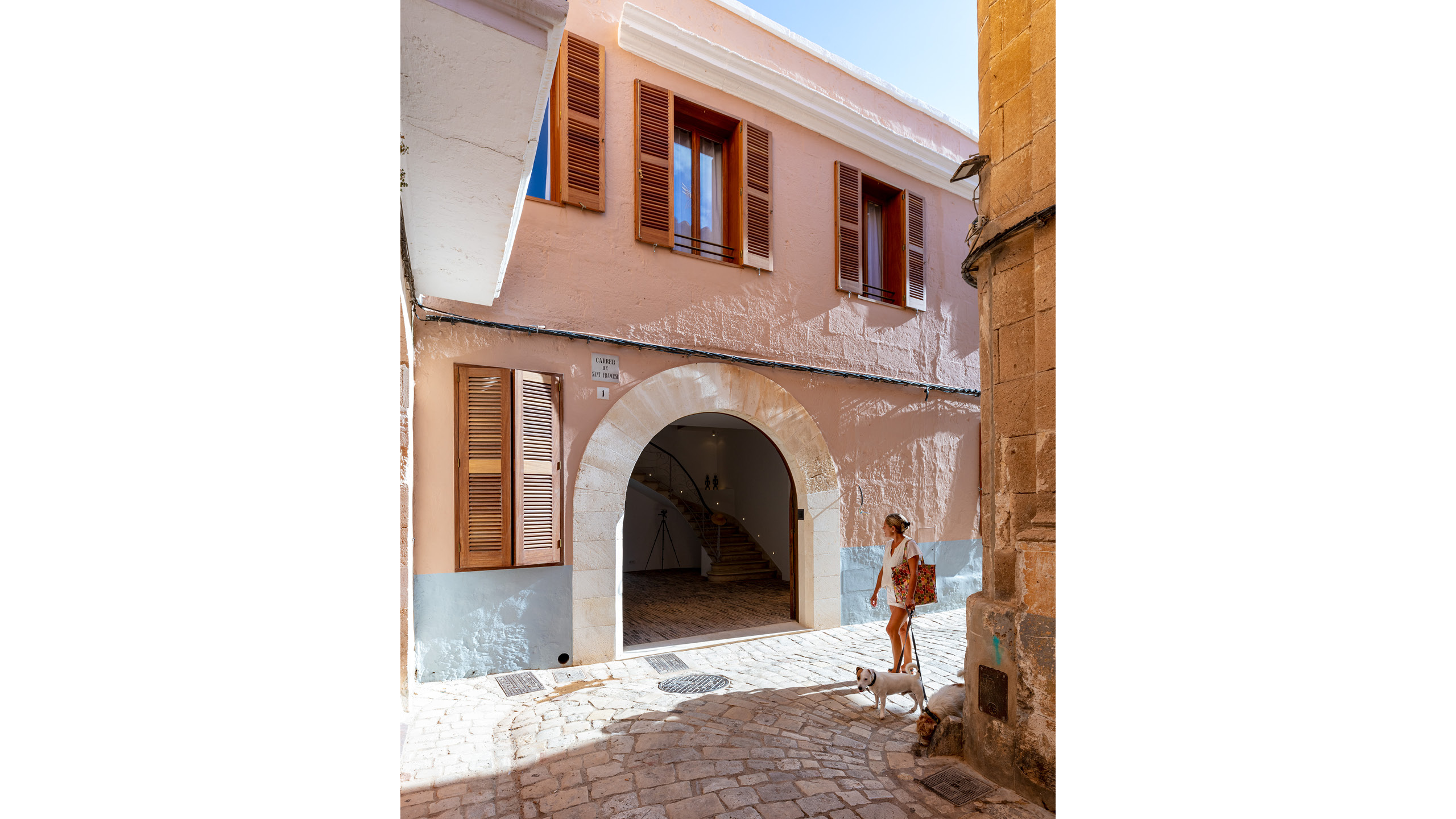 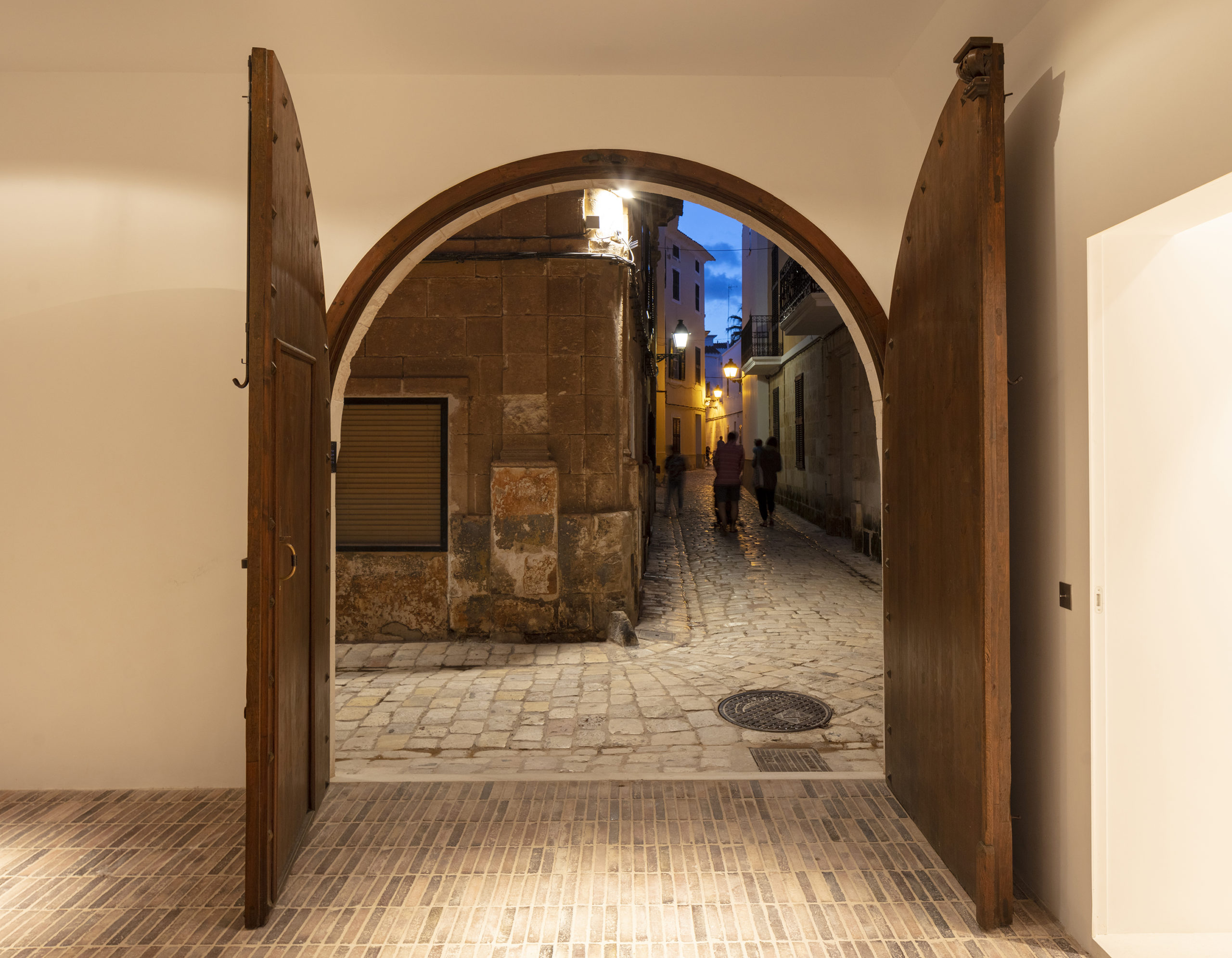 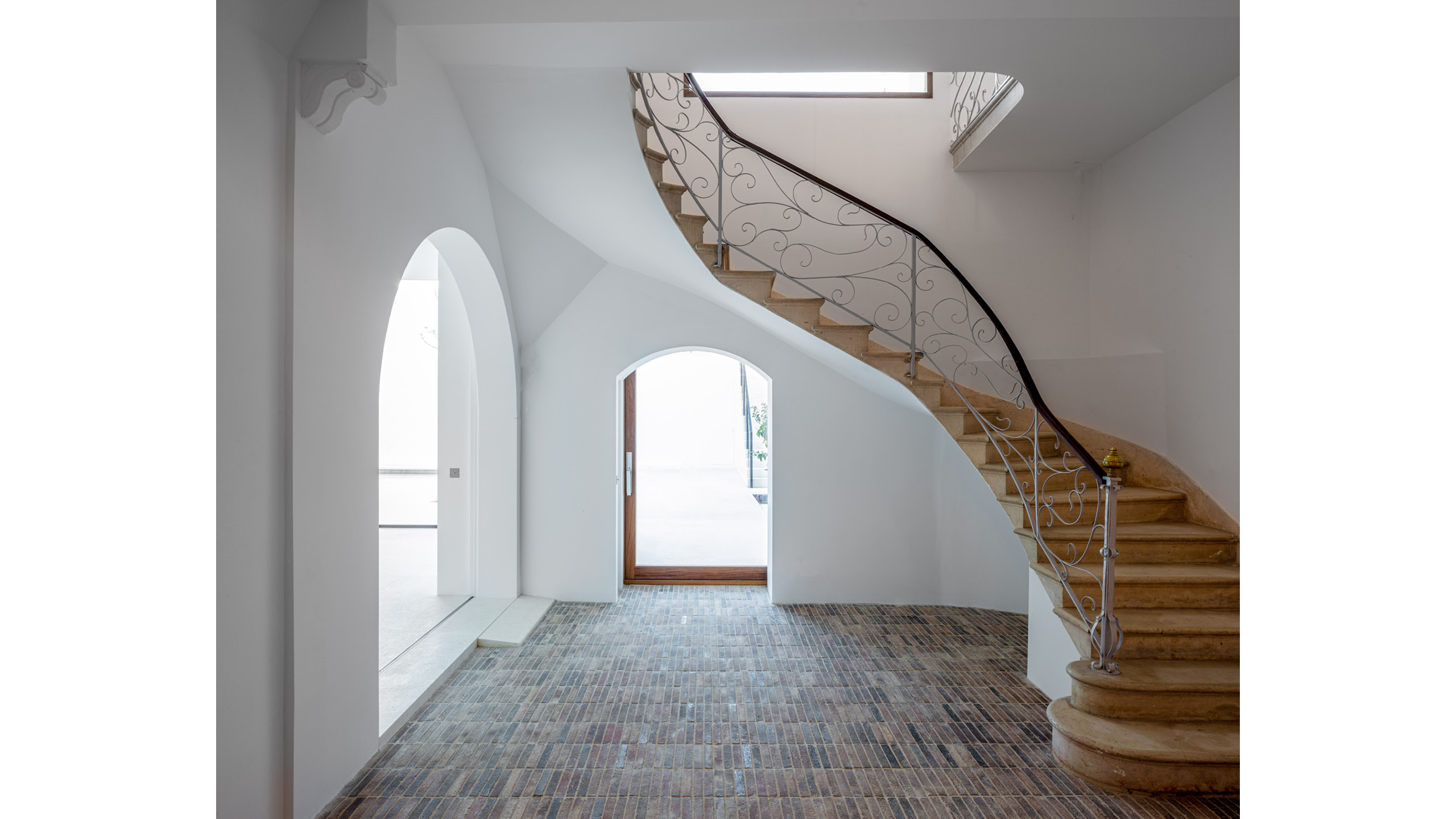 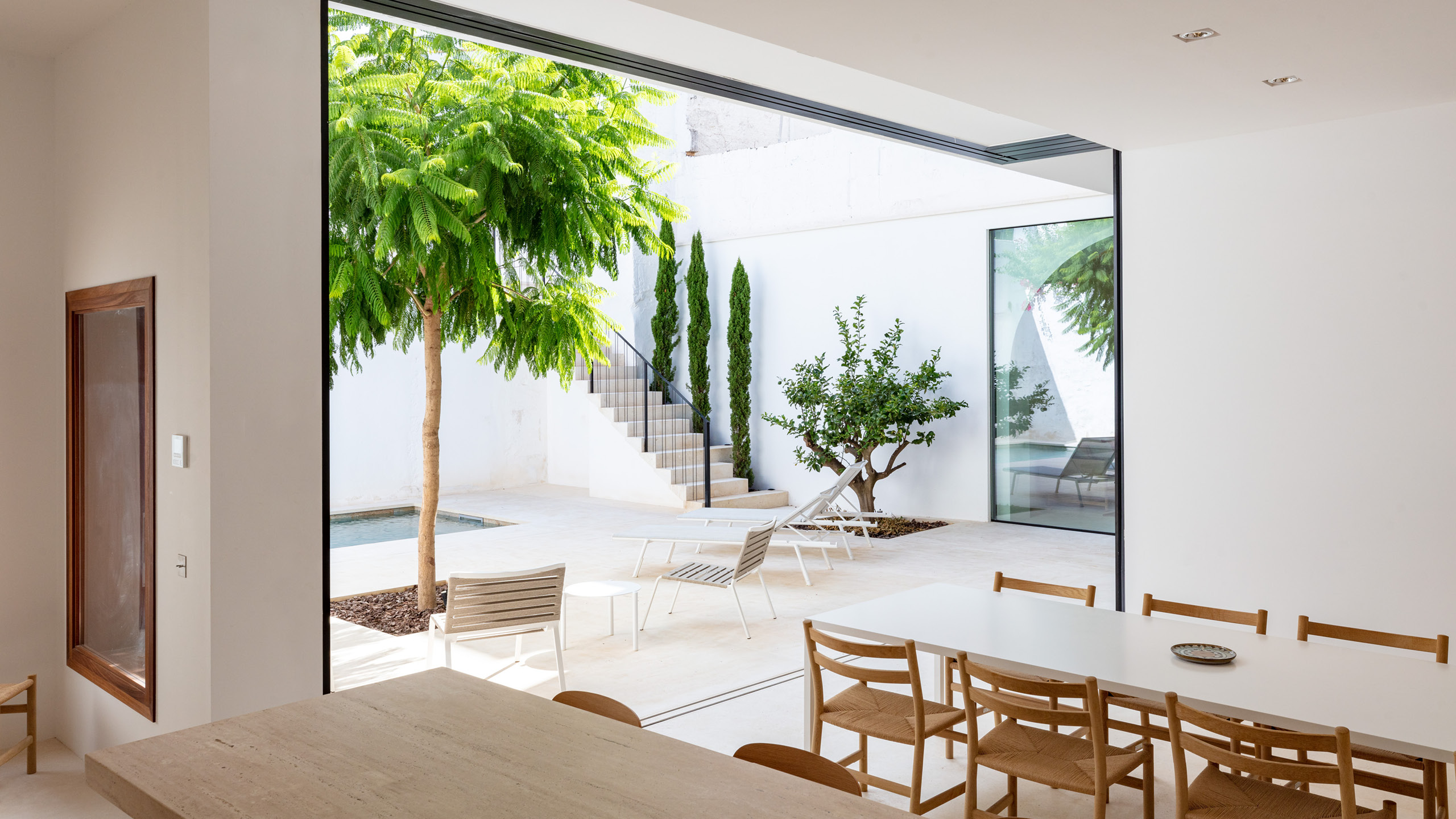 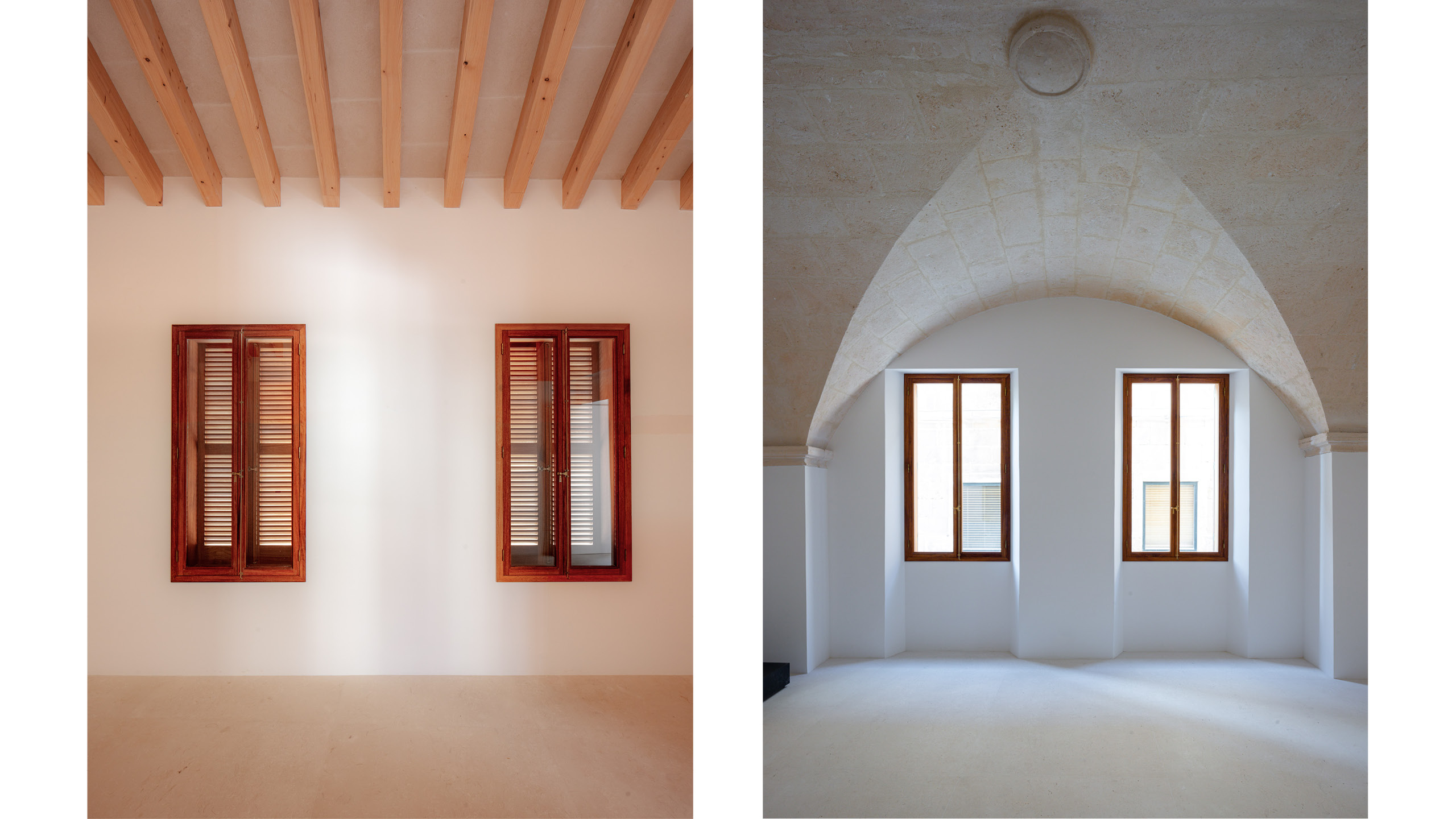 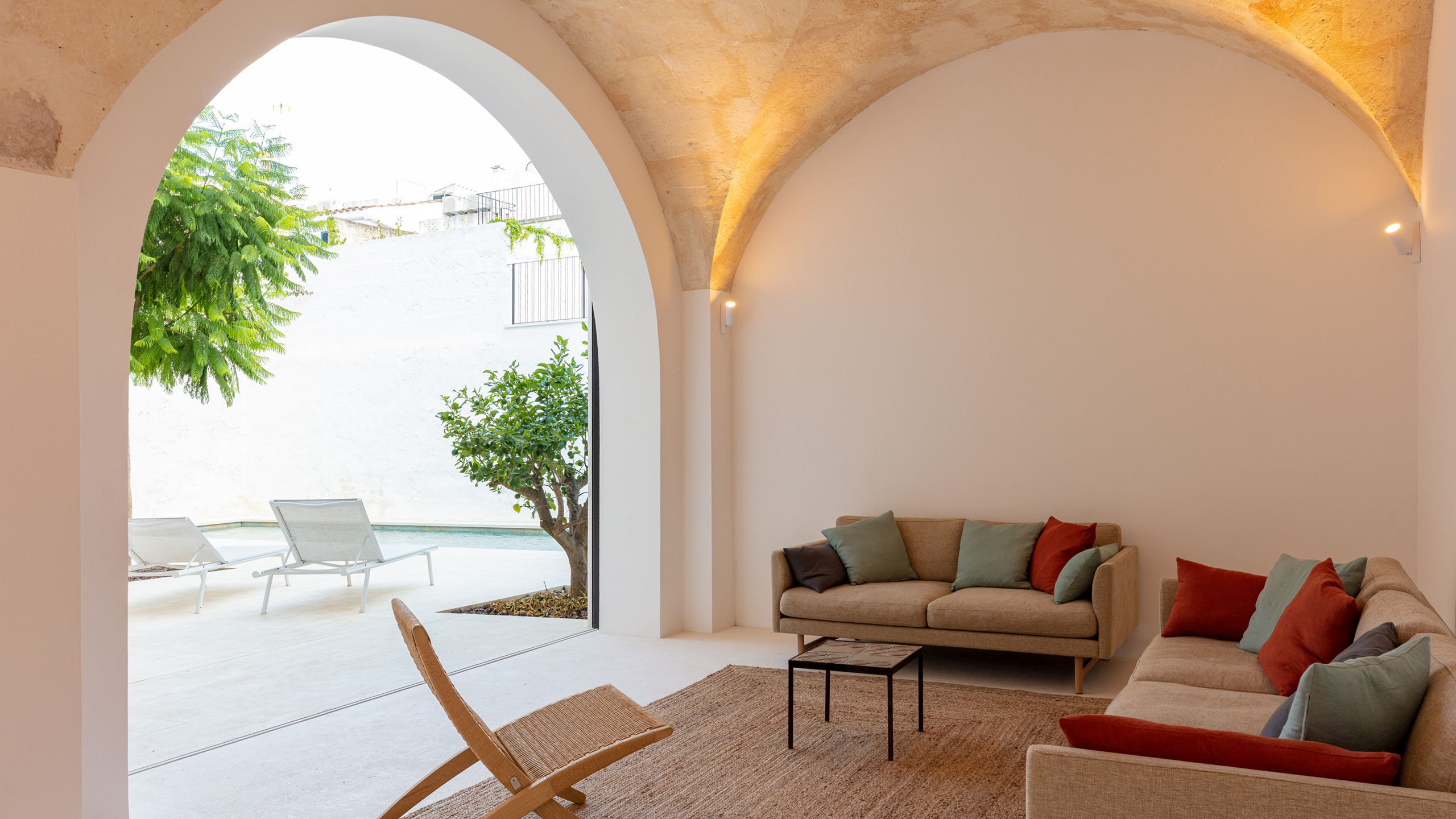 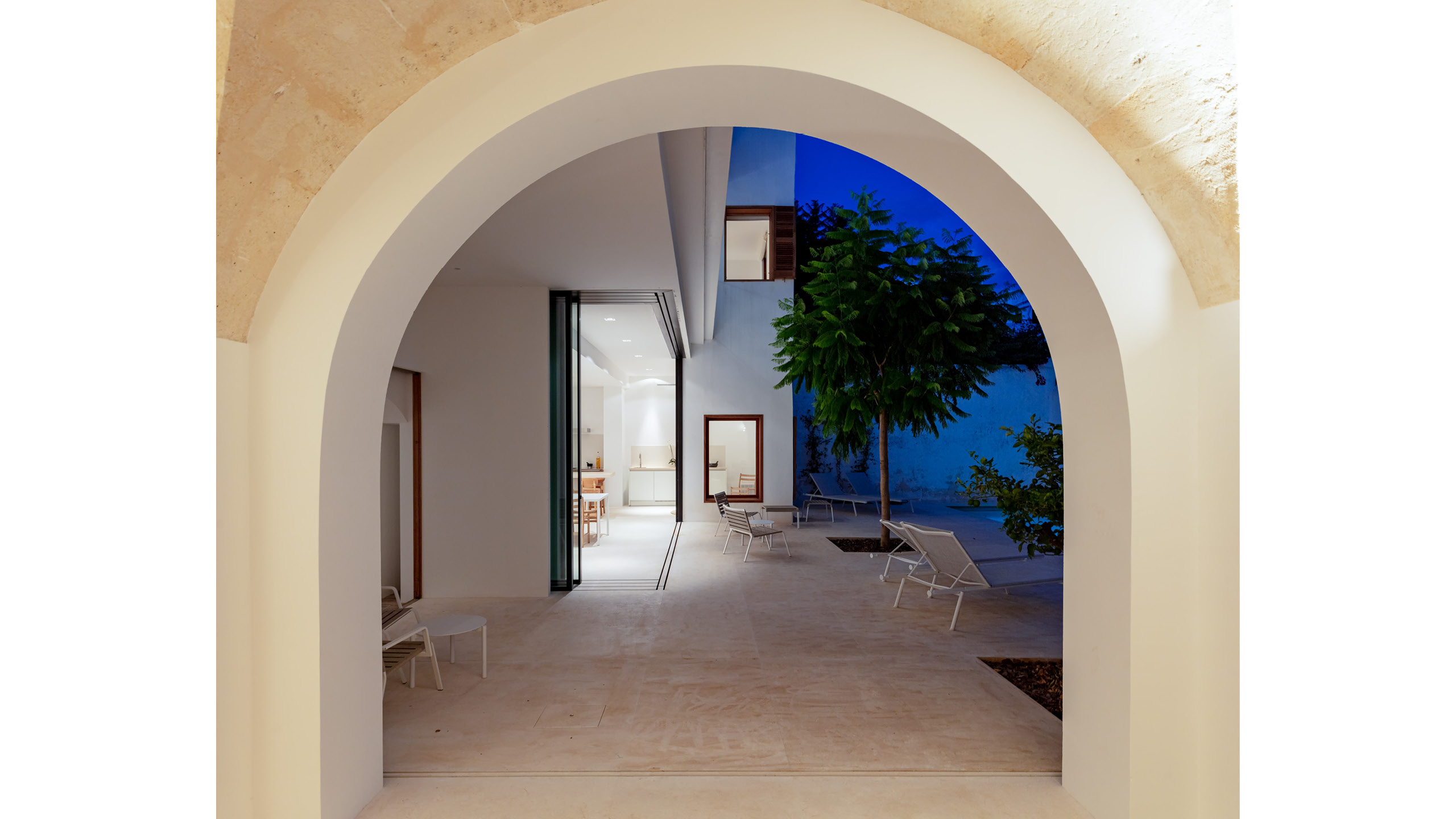 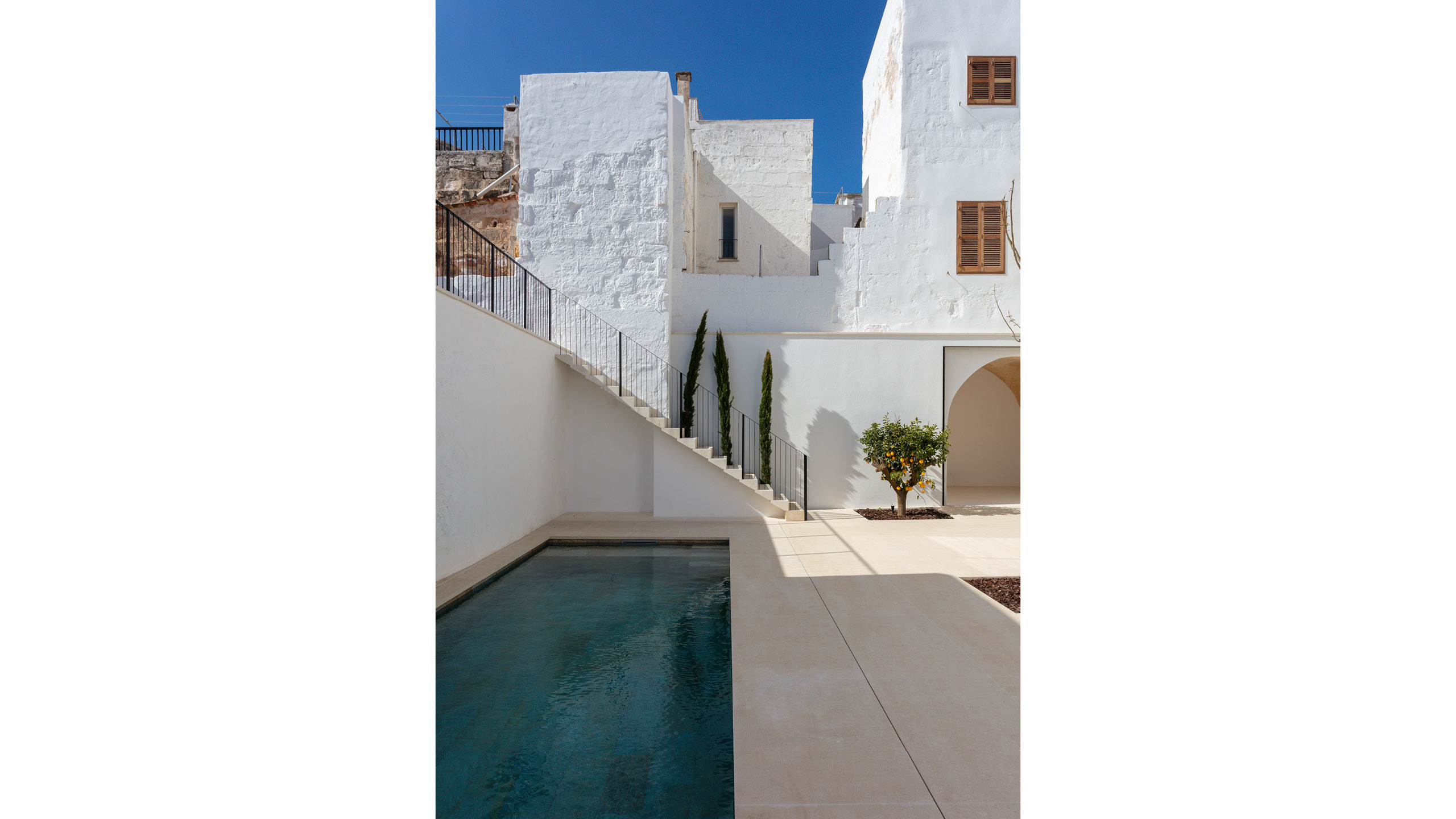 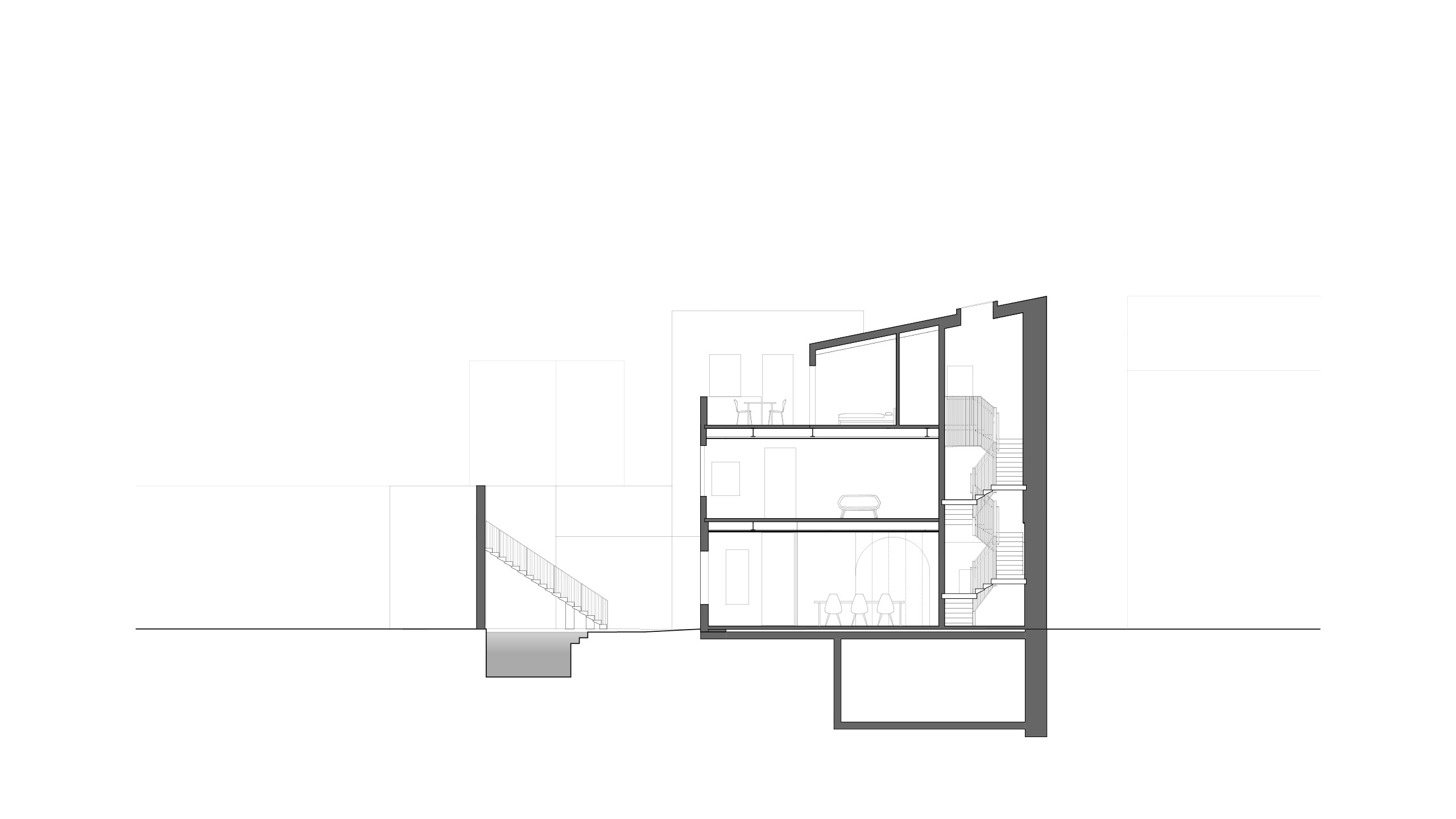 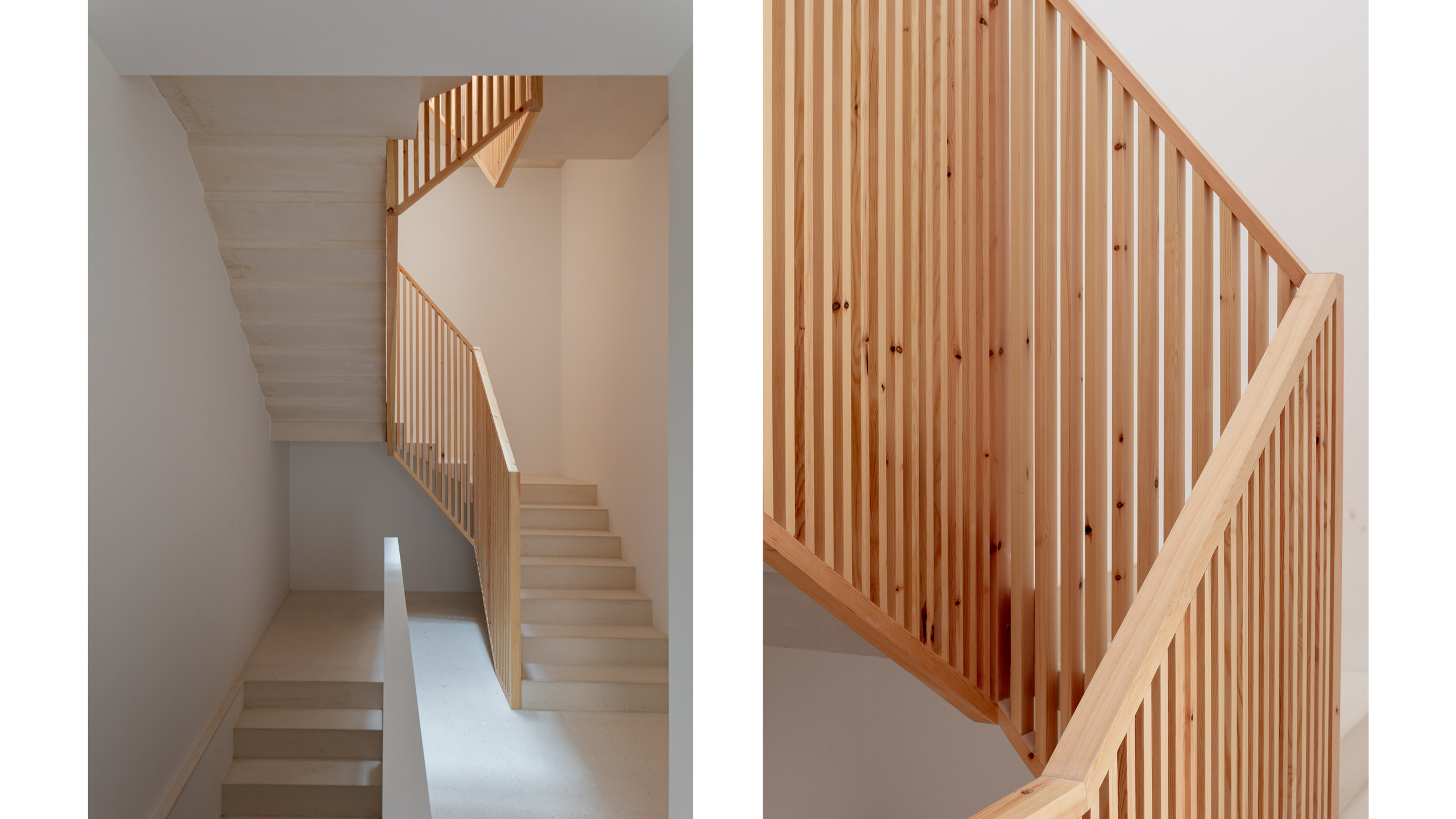 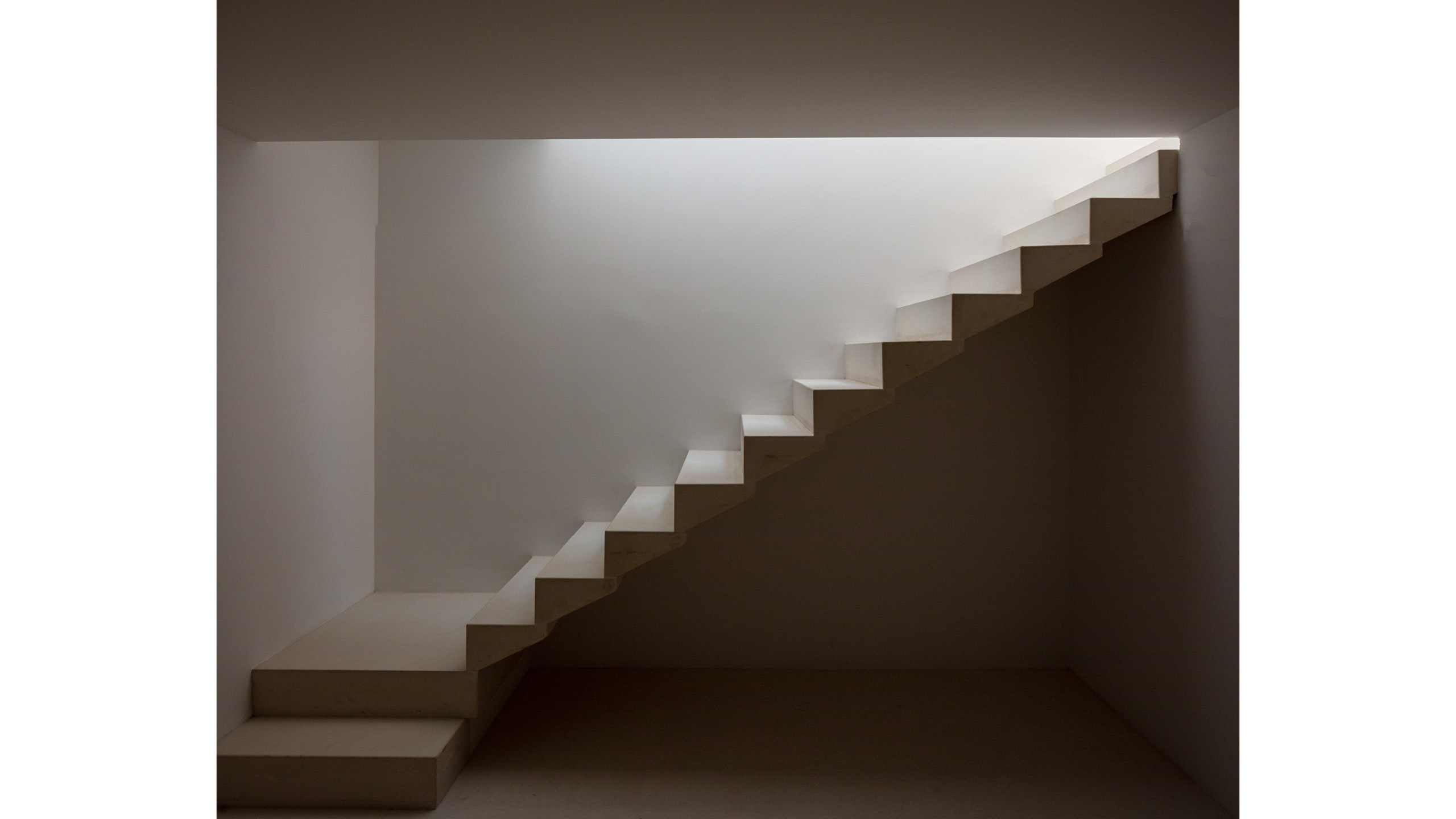 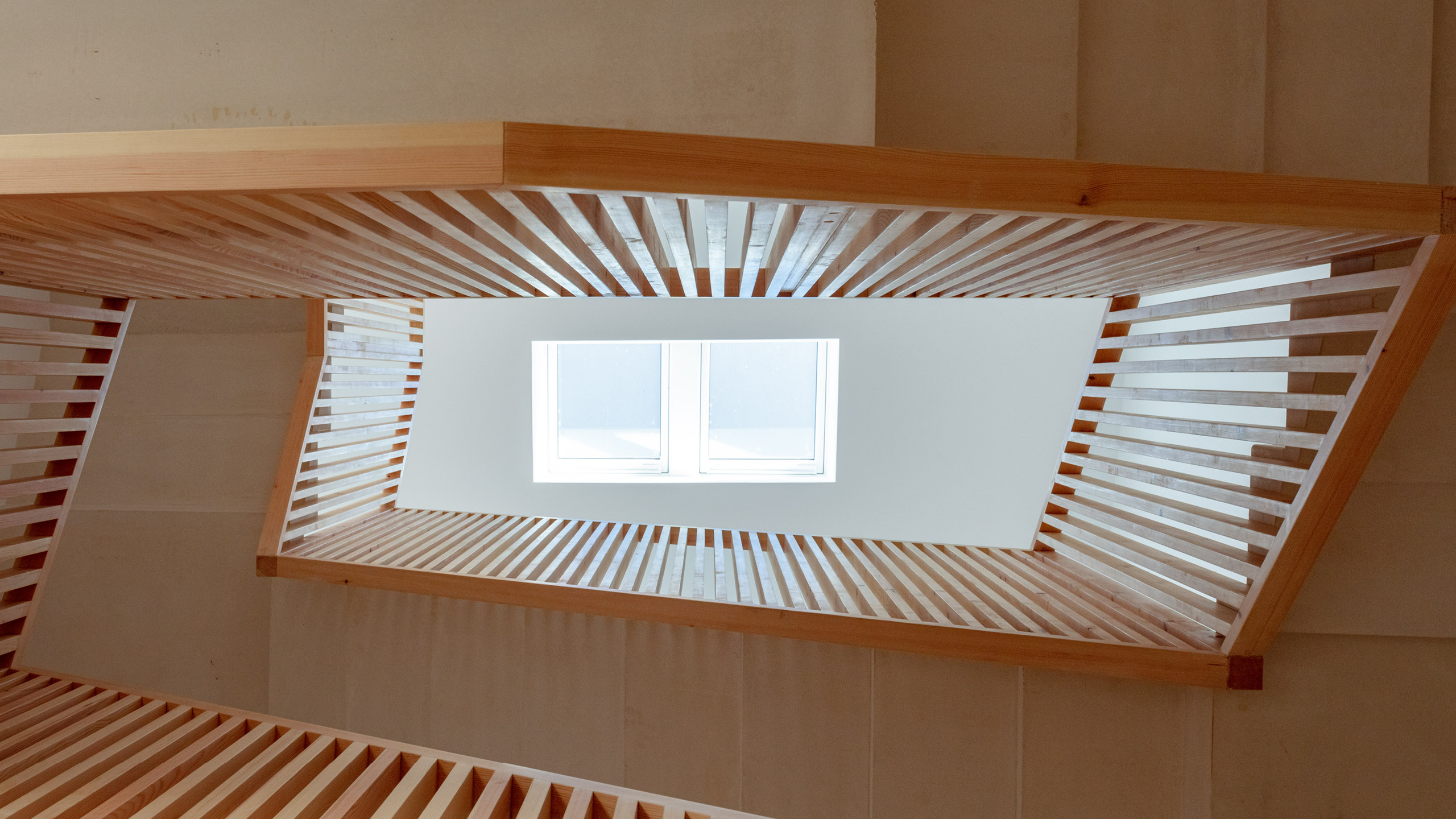 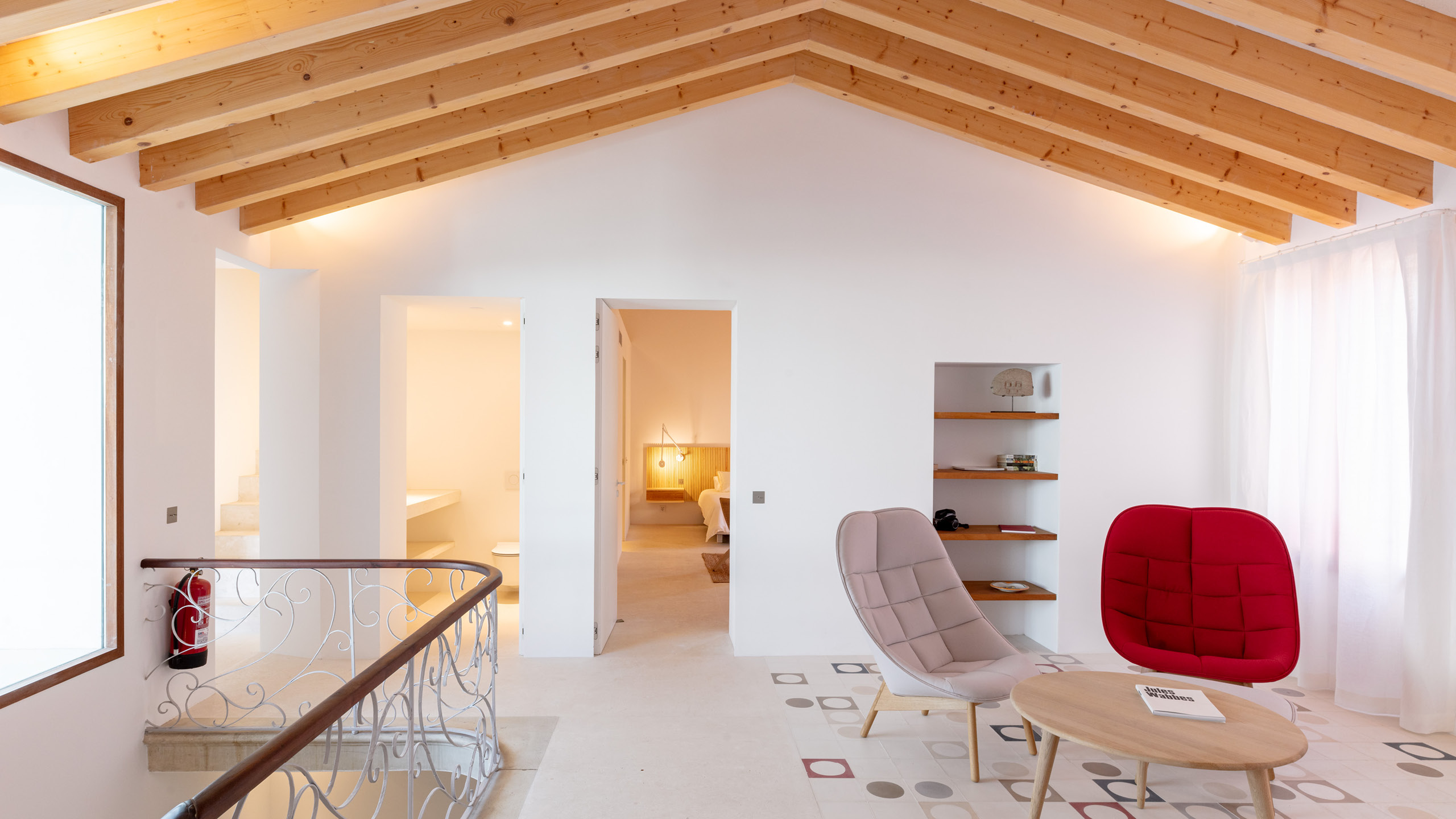 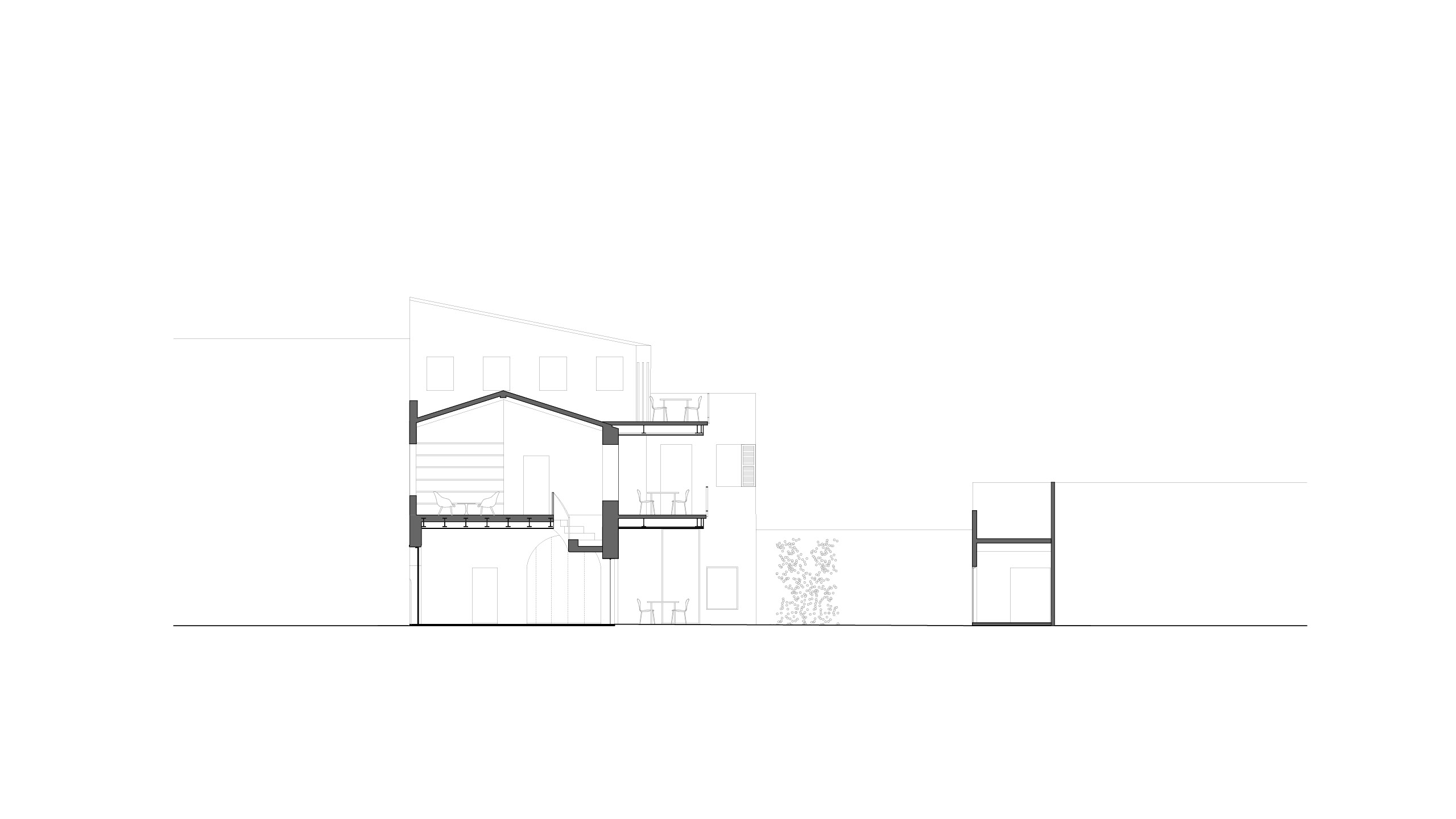 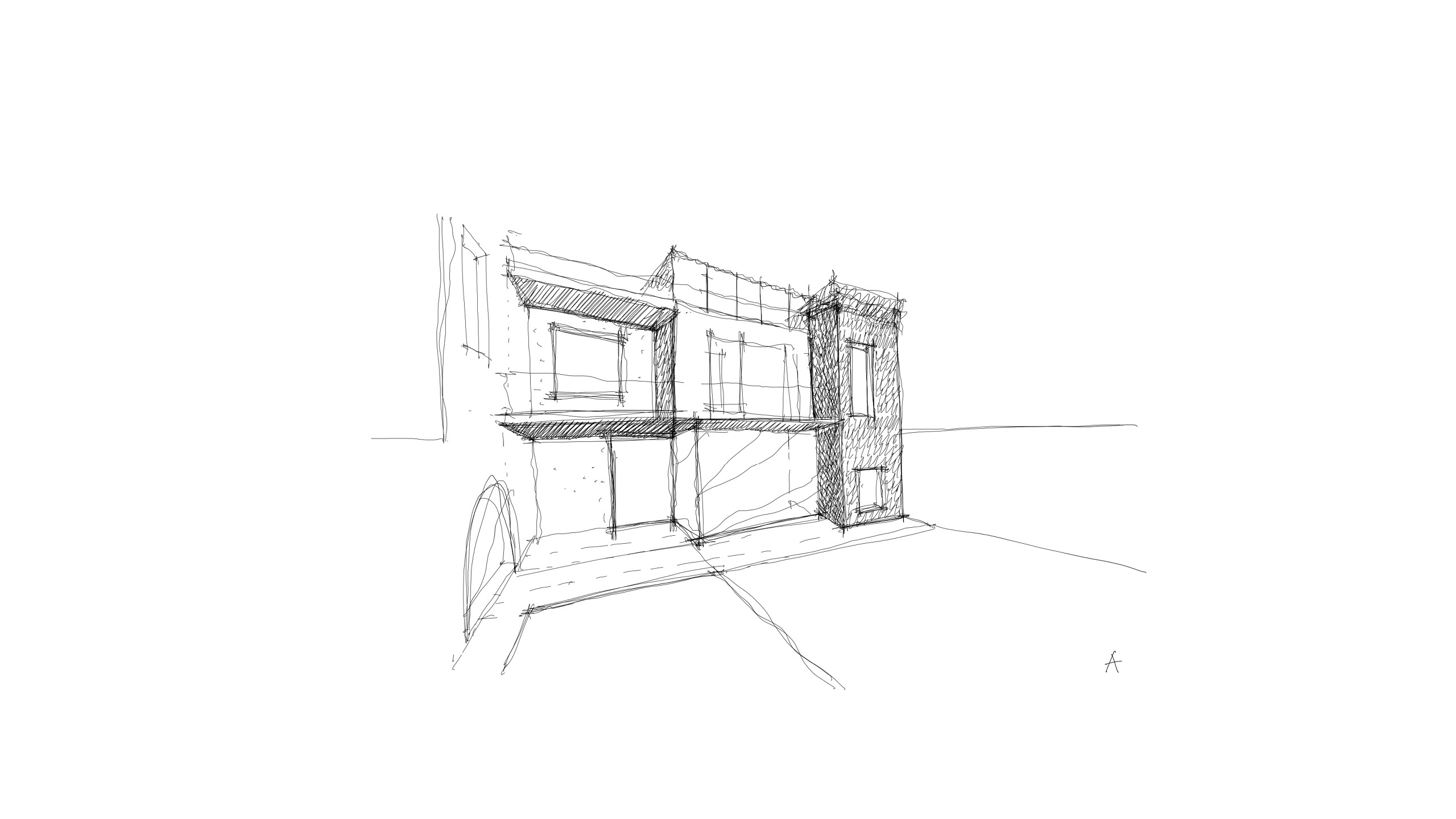 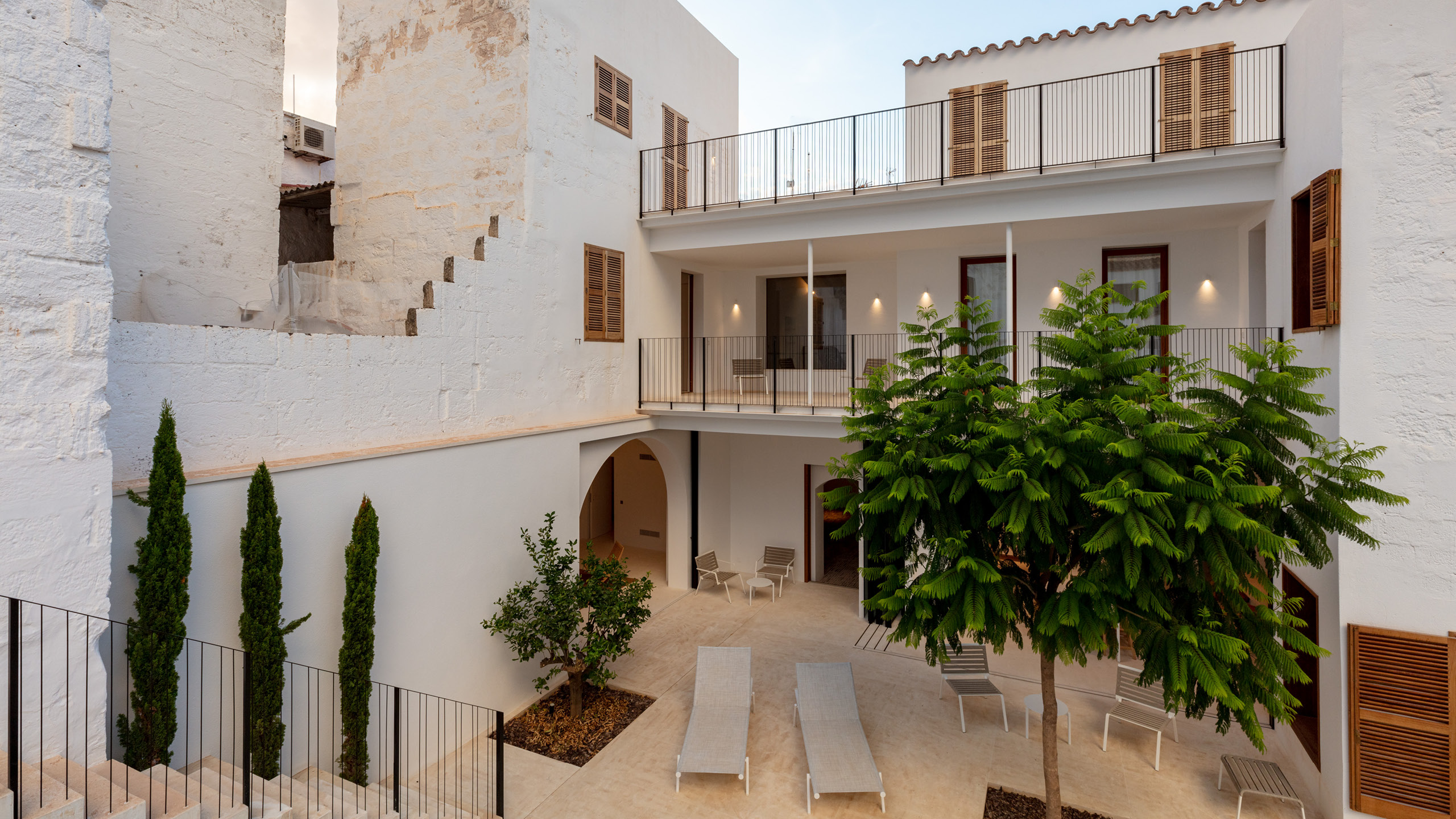 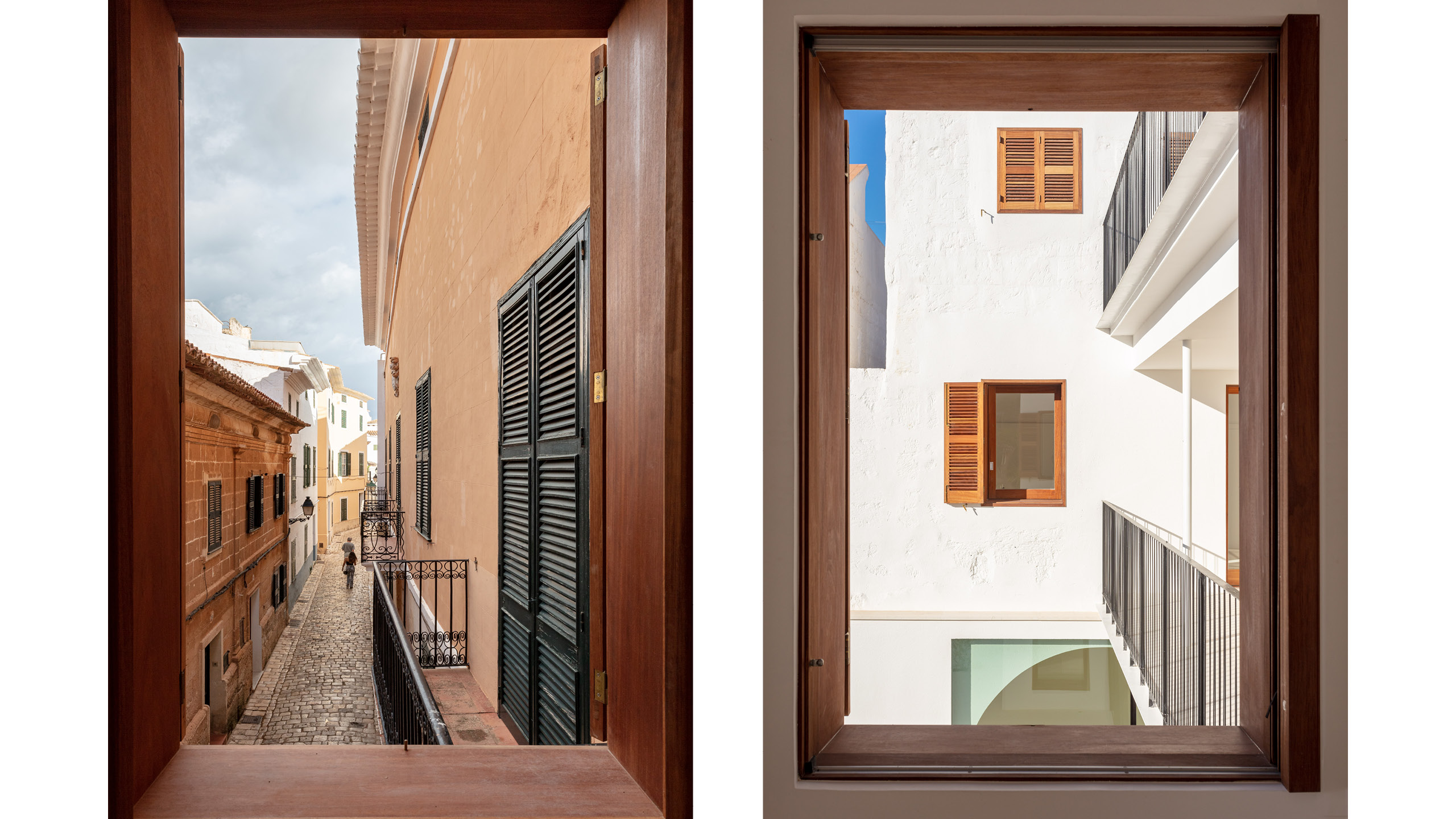 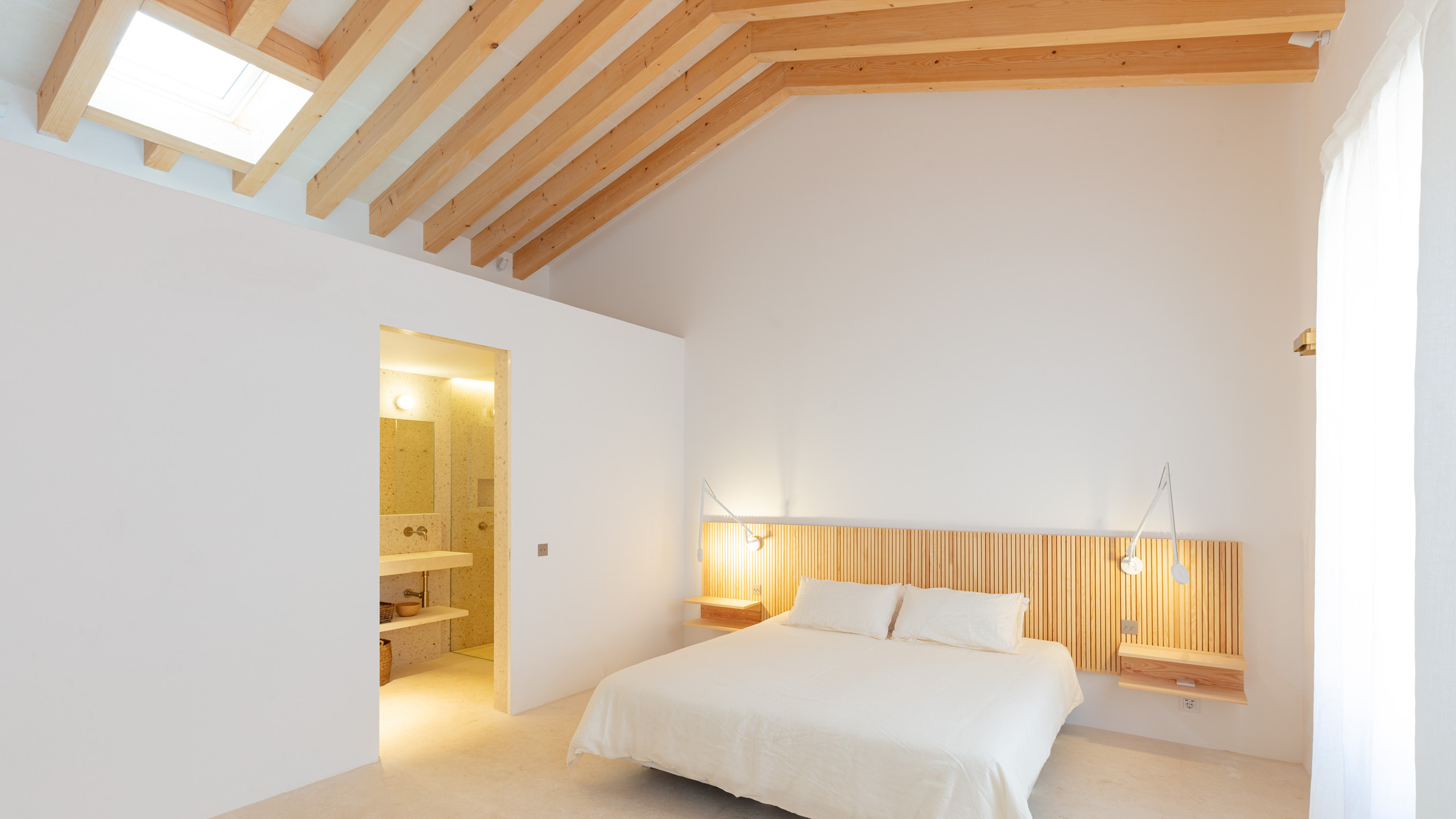 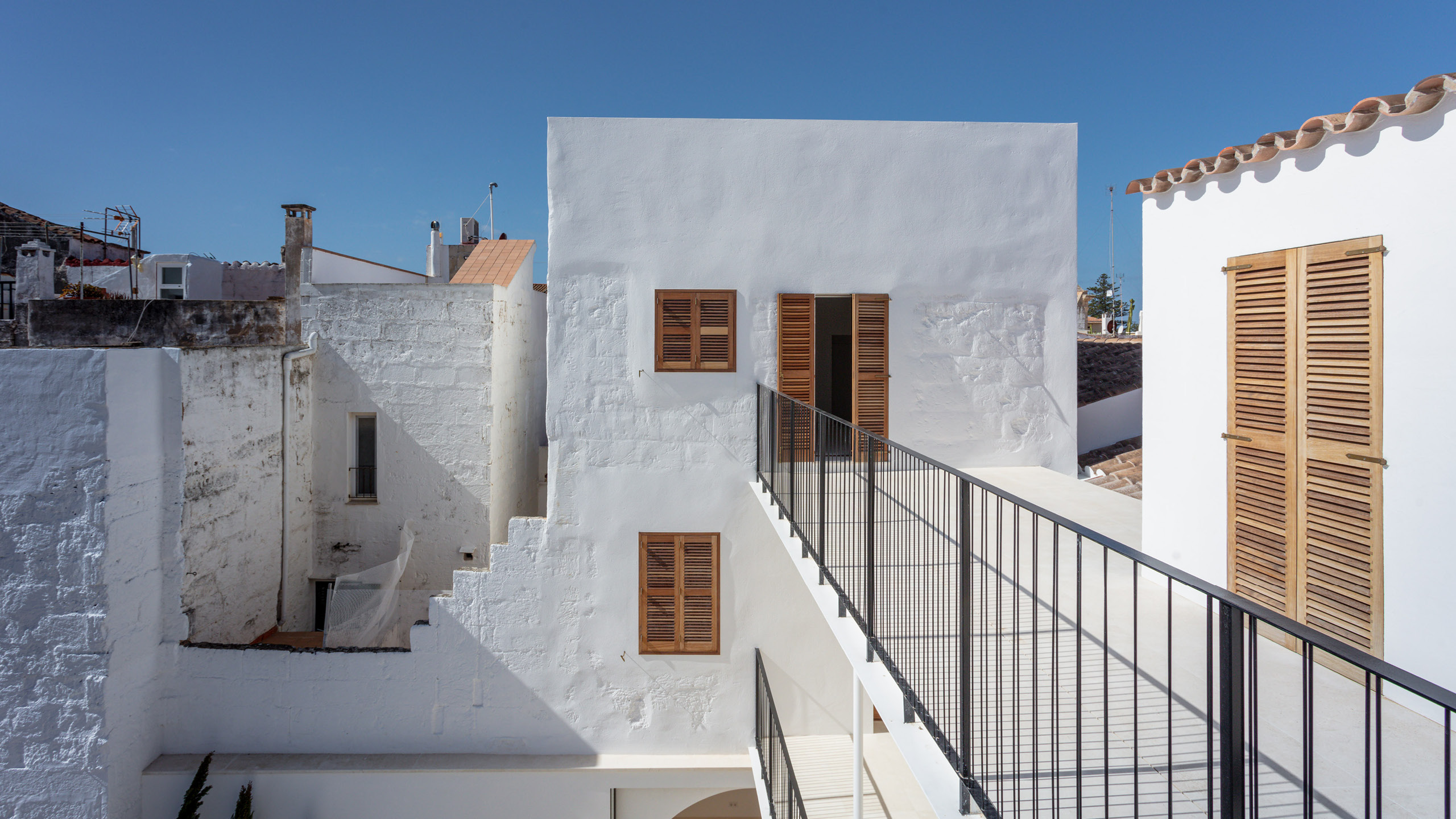 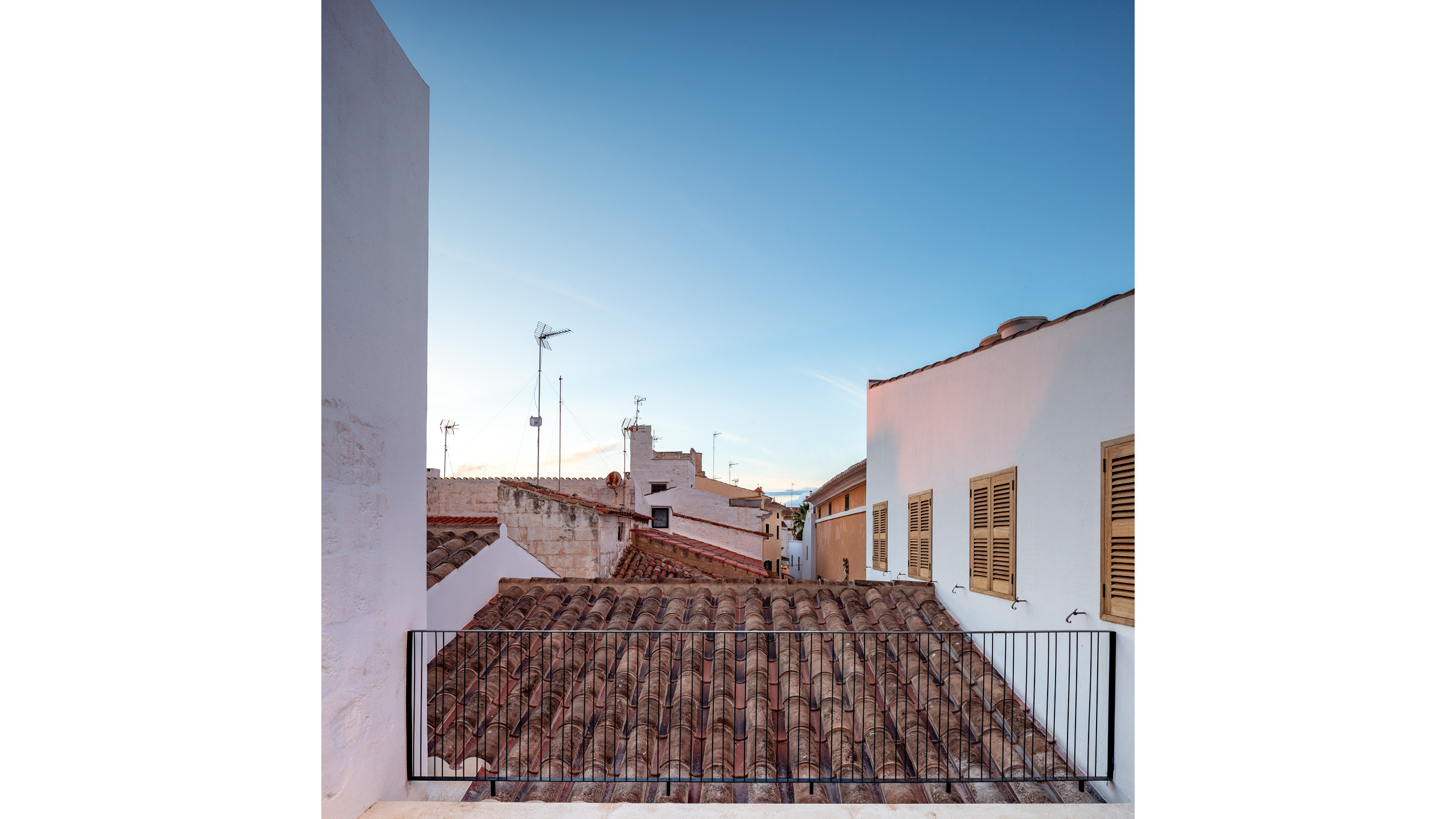 Villa B in Ciutadella on the island of Menorca in Spain transforms an old structure into a villa of contemporary standards. Located within the very dense urban fabric in the heart of the historical city, the villa is built on the remains of an abandoned skeletal structure of a building that had fallen into ill repair. Repairing parts of the existing structure, a new layer of architecture was added to it. The renovation of the Villa B brings the new and the old together in an interesting dialogue to create something new. Transforming the remnants of the old building into a modern villa, the project gives it a new life.

Over time, the building had been used as a dwelling for multiple families in various configurations. Many layers of diverse elements from spatial dividers to dropped ceilings and technical systems as well as garage spaces and other makeshift sheds in the yard had been added to the building over years to respond to the changing needs of its residents in different time periods. The result was a complex and crowded spatial arrangement and dark rooms with little daylight. Finally, the building was abandoned as a structure no longer fit to serve as housing for families. It stood empty for many years.

Making full use of the potential offered by the original structure, the building was carefully restored and renovated to work in harmony with the surrounding old city. The foundation for the renovated villa was formed by carefully peeling off layers that had been added to the original structure over time. Highlighting the qualities of the original building, as much as possible of the existing structure was restored and the new elements introduced were kept to a minimum. The layers of old and new were deliberately left visible in the varied textures of the surfaces.

The facades and exteriors facing the street including the roofs of the building are landmark protected as part of the historical old city. The division of spaces directly linked with the lobby at the entrance, as well as the stairs leading up from the central space on the ground floor, are also protected. The old doors at the entrance were carefully repaired and the flooring in the lobby now forms a fluent continuation between the interior of the house and the street in front of it.

The two taller parts of the building on the sides were restored with minimal interventions. The biggest alterations were concentrated in the middle part. The drop ceilings made of plastic materials, the dividing partition walls, and the garage sheds on the yard that had been added over the years were all removed and the original structure with its brick walls, arched ceilings and staircases were uncovered. A new spatial program was created and a new sense of connection between the interior spaces and the outdoors was established.

In the new spatial organization of the renovated villa, shared spaces such as the kitchen and dining area as well as the library and lounge area are placed in the middle part of the building. Bedrooms with their private bathrooms are placed in the taller parts in the two side parts of the building on the upper floors. Thanks to the division between the shared spaces and the more private rooms, multiple families or groups may conveniently use the house at the same time.

Bringing Old and New Together in Villa B

Three stairways of different character form a skeletal structure that connects the more public lower floors and the more private upper floors together into one unity. The landmark protected central stairway leading up from the entrance lobby was carefully restored to its original design. It forms the core of house. A new wooden stairway with a skylight was created to lead up to more private part of the house with the bedrooms in the upper floors. A new stairway skillfully crafted of local stone leads down to the basement. The new staircases provide a contemporary and contrasting pair to complement the old central staircase.

The old, vaulted ceilings that had previously been hidden under a drop ceiling were uncovered. They were left exposed showing the true structure of the building. In the bedrooms, new wooden beams in the ceilings bring a sense of warmth to the stone building.

The formerly cramped and dark indoor spaces were turned into spacious rooms with generous openings and a lot of light. New windows were opened, and balconies were provided for the bedrooms in the upper floors. With a full wall of sliding glass doors, the ground floor spaces open out to the yard and to the terrace. This creates a seamless transition between the interior and the exterior that allows the life in the house to extend out.

A pool was added to the yard in the place where there used to be a garage to provide comfort in the summer months. Wooden shutters create shading for the balconies to shelter the bedrooms from heat. They provide an intermediary zone between indoors and outdoors. According to the time of the year, it is also possible to close off some of the spaces to create a more compact unit.

The materials have been consciously chosen to be sustainable and enduring. In the new parts, local stone from a quarry nearby and Nordic spruce complement each other. They form an interesting pair of materials of contrasting nature. Wood is used in the doors and window frames as well as in the ceilings in rooms where new ceilings were necessary. Solar energy is used for heating and cooling the house.