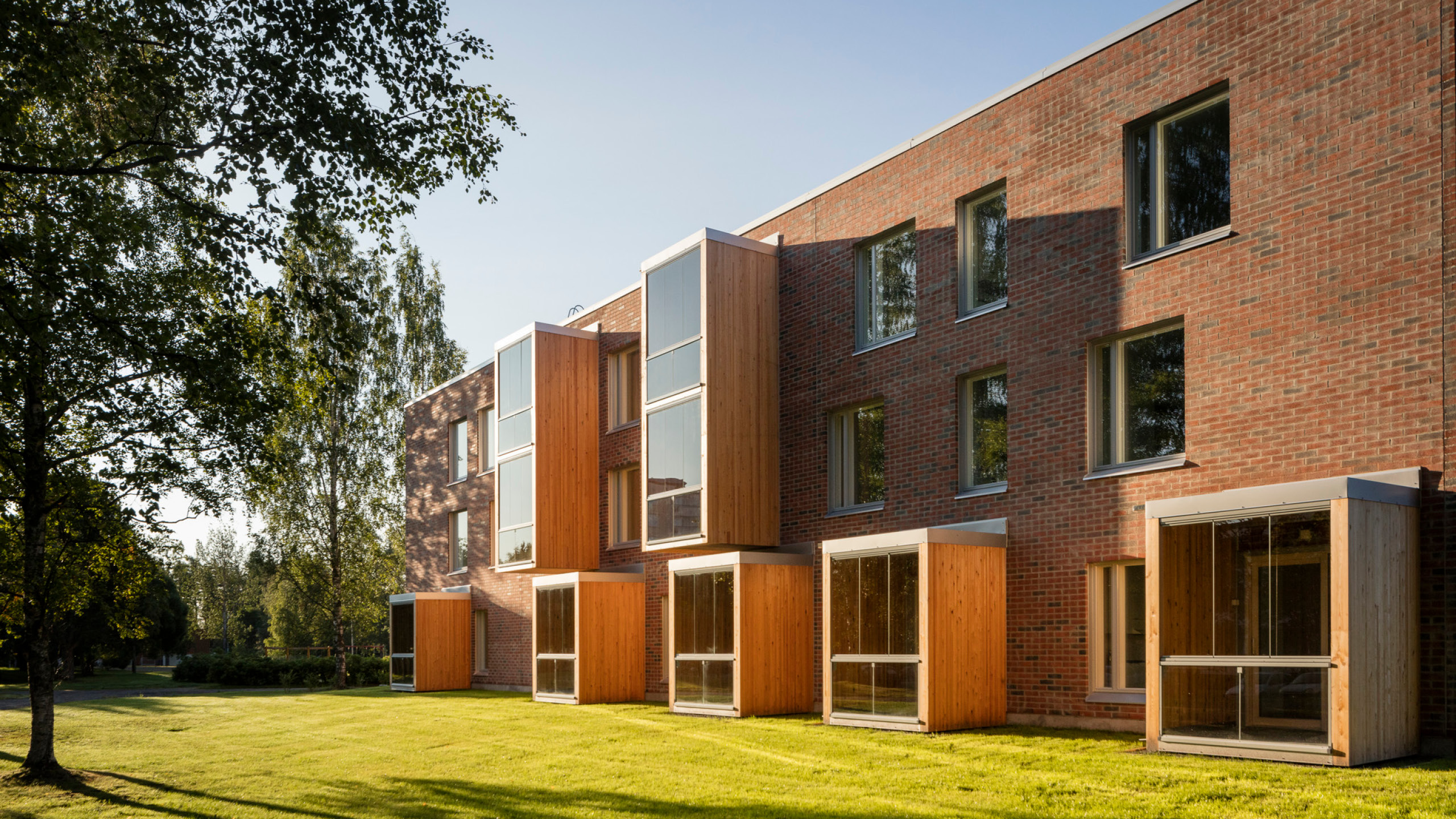 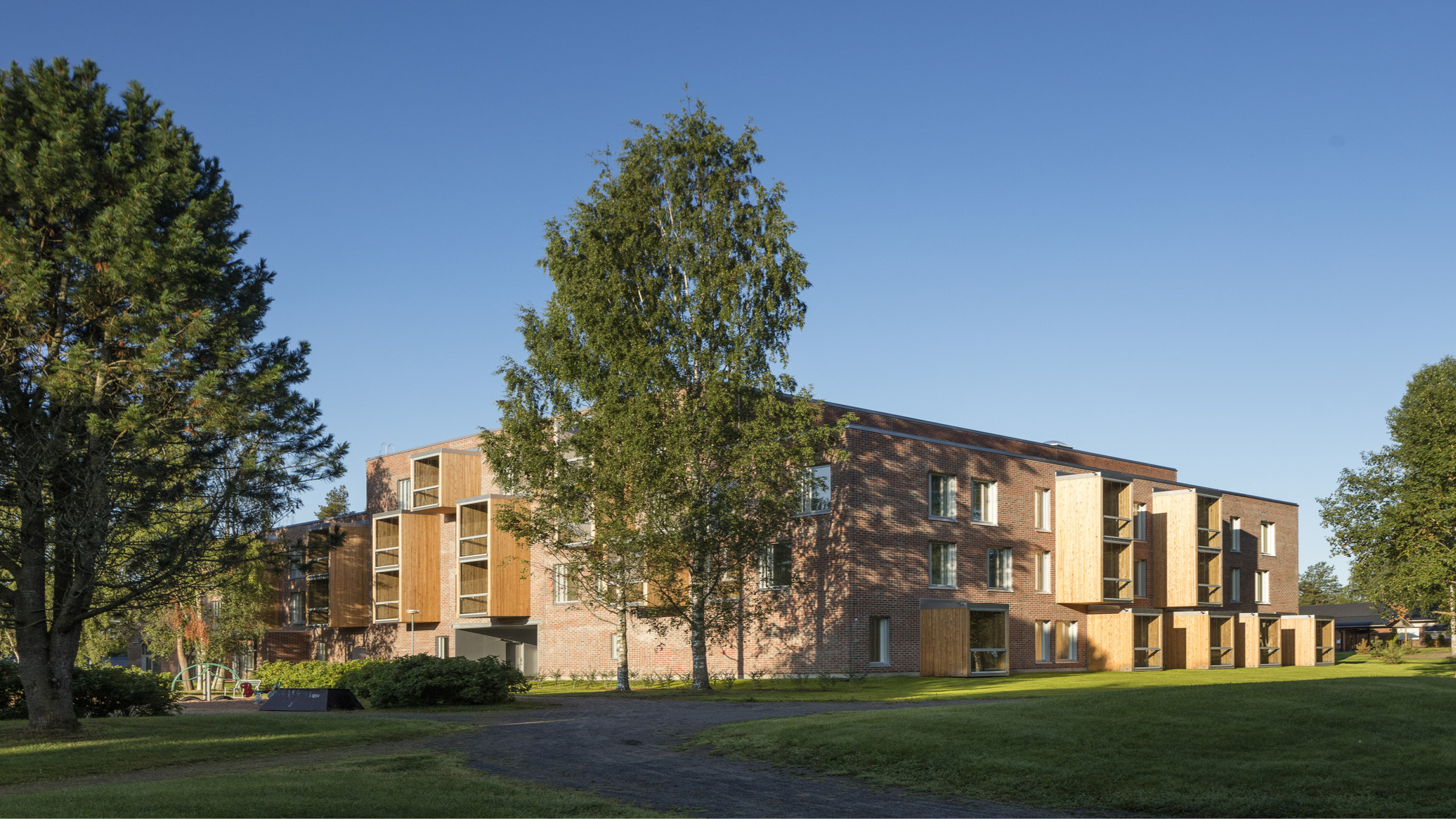 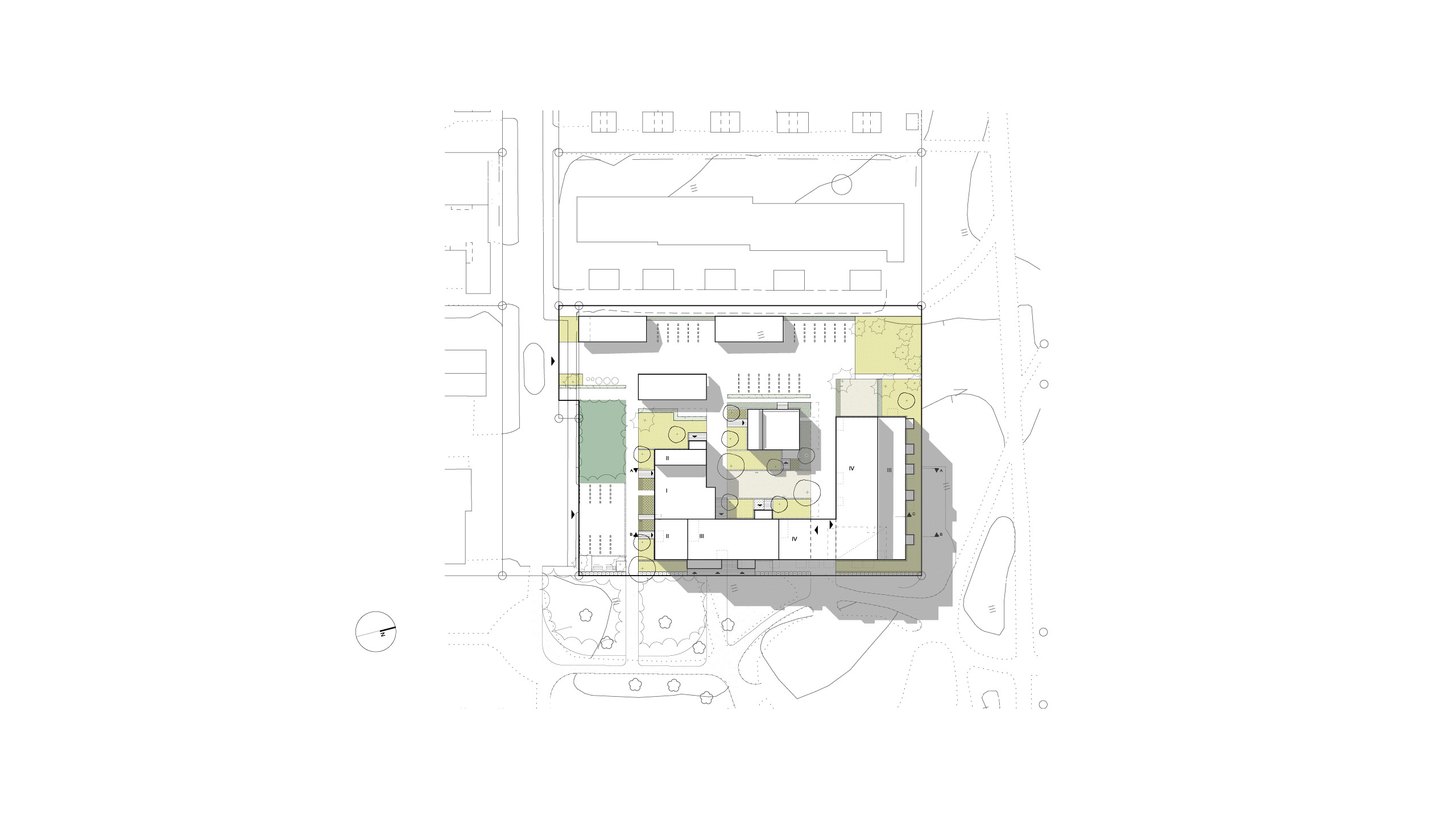 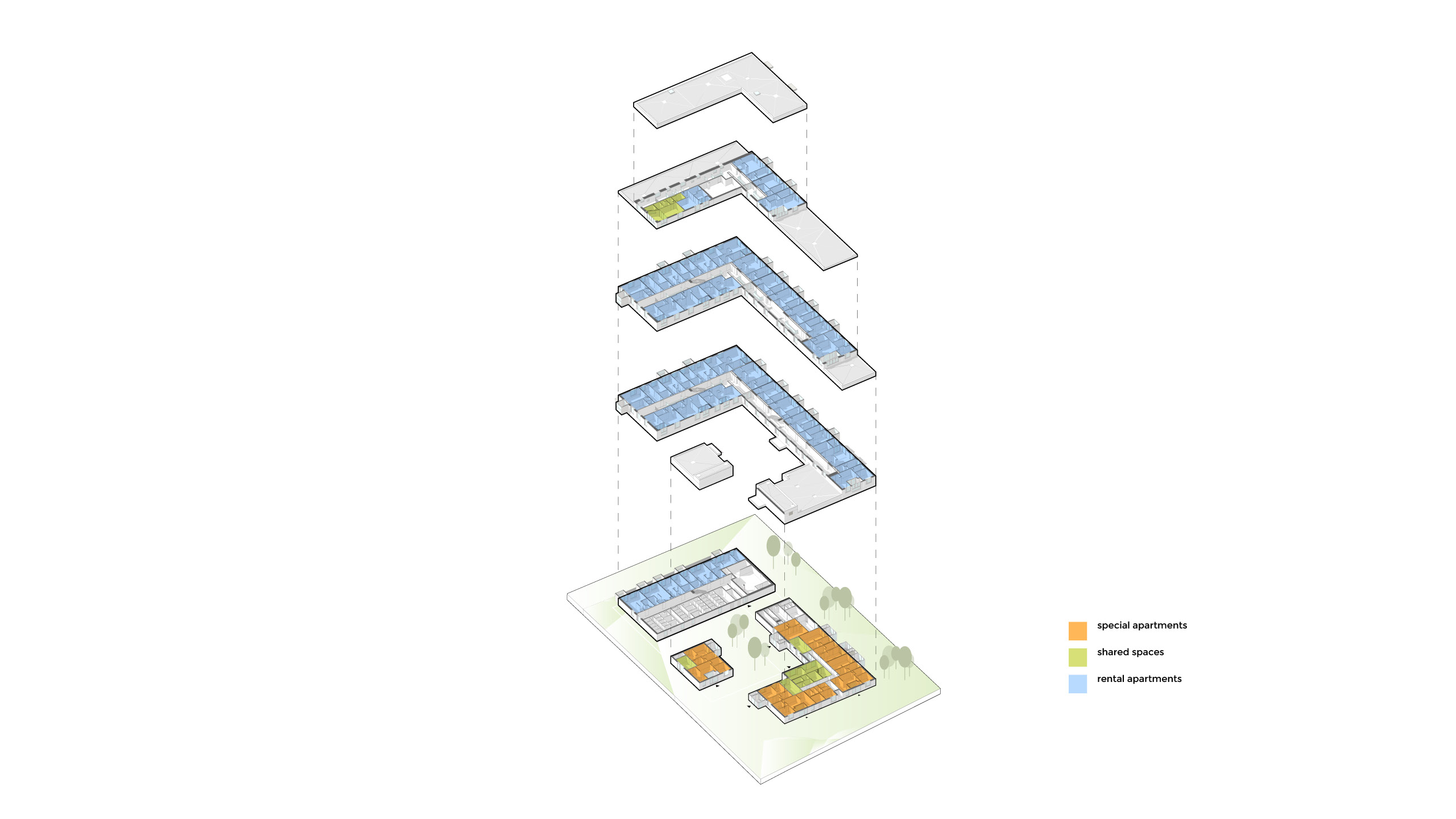 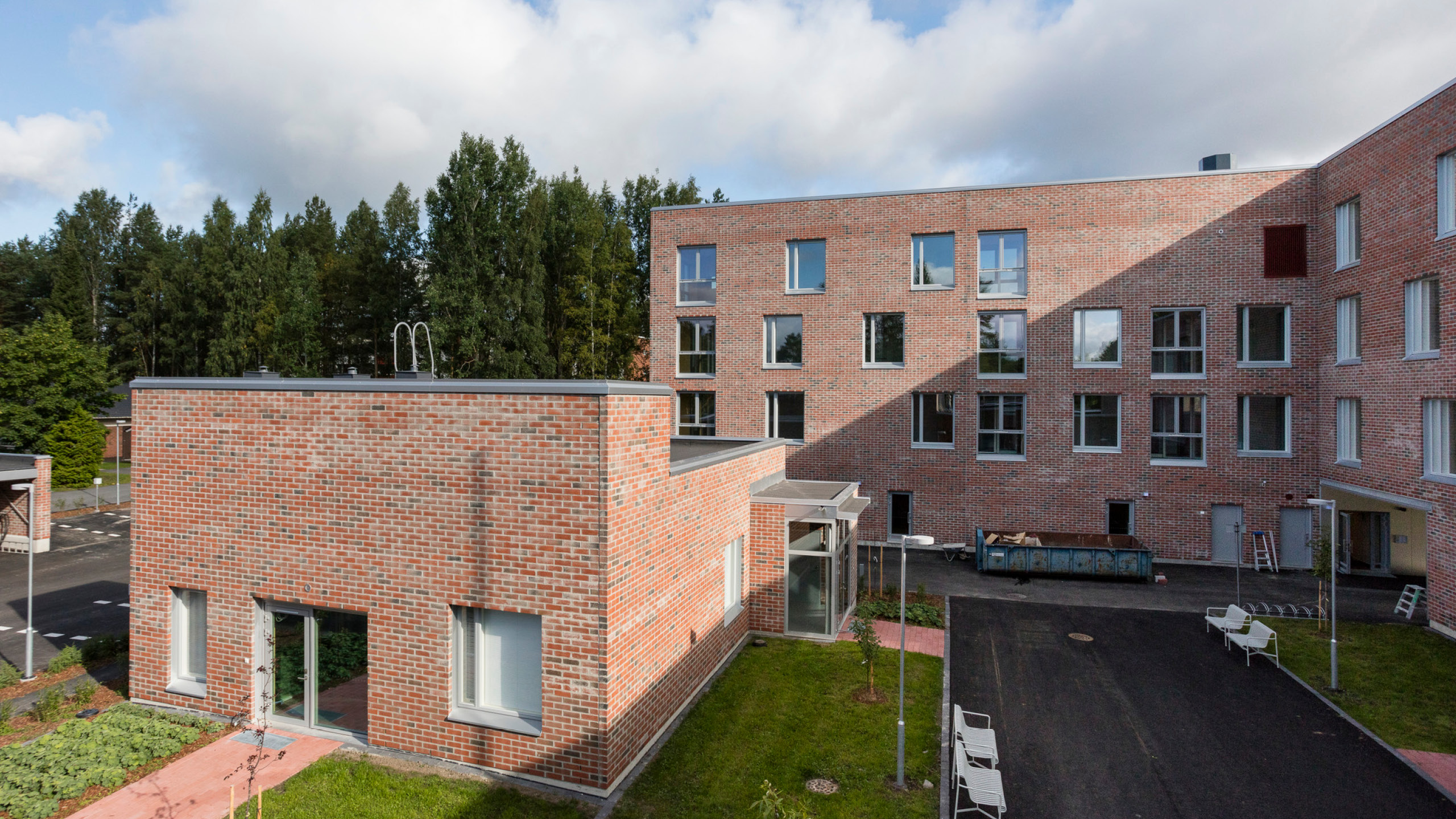 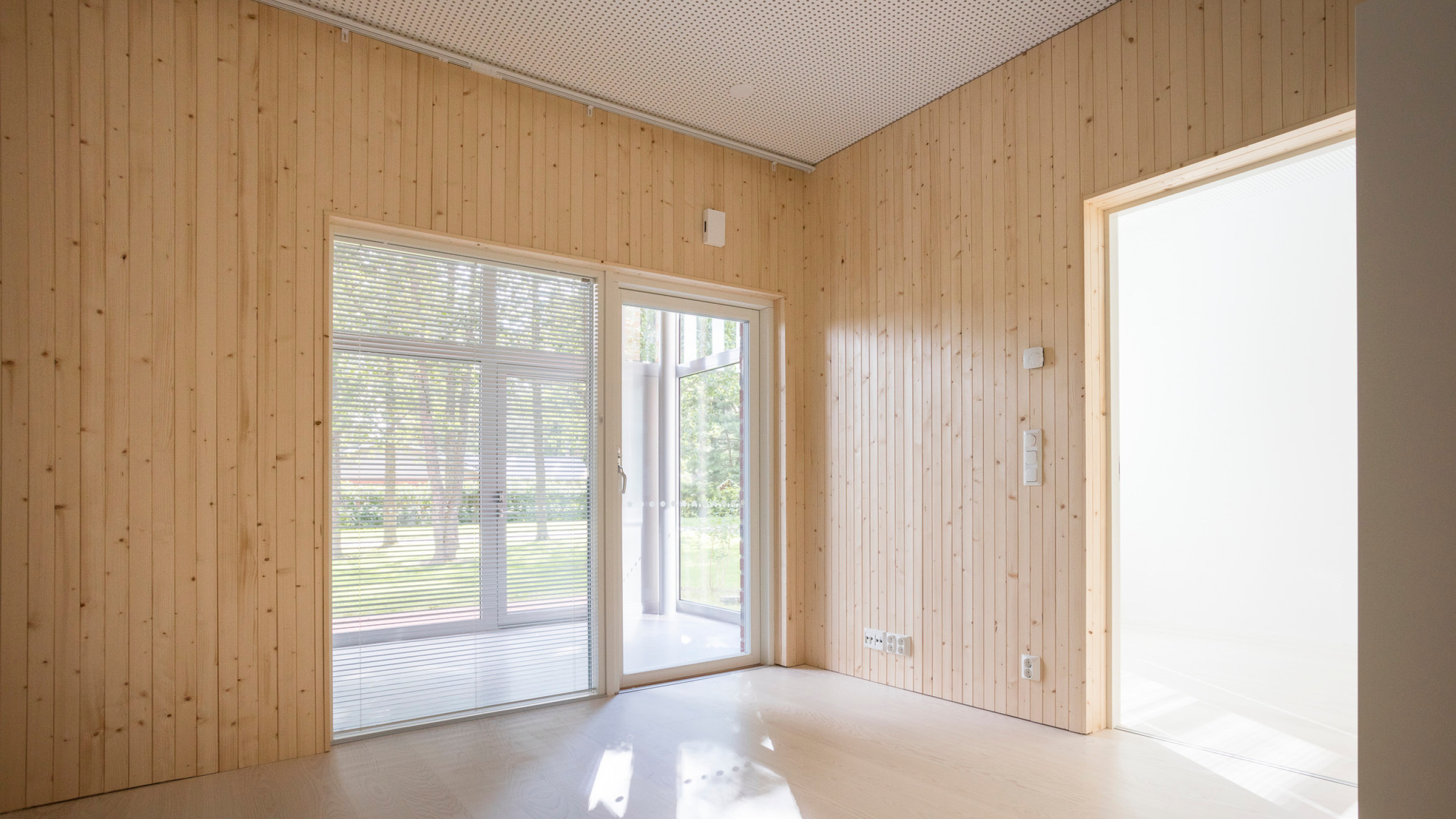 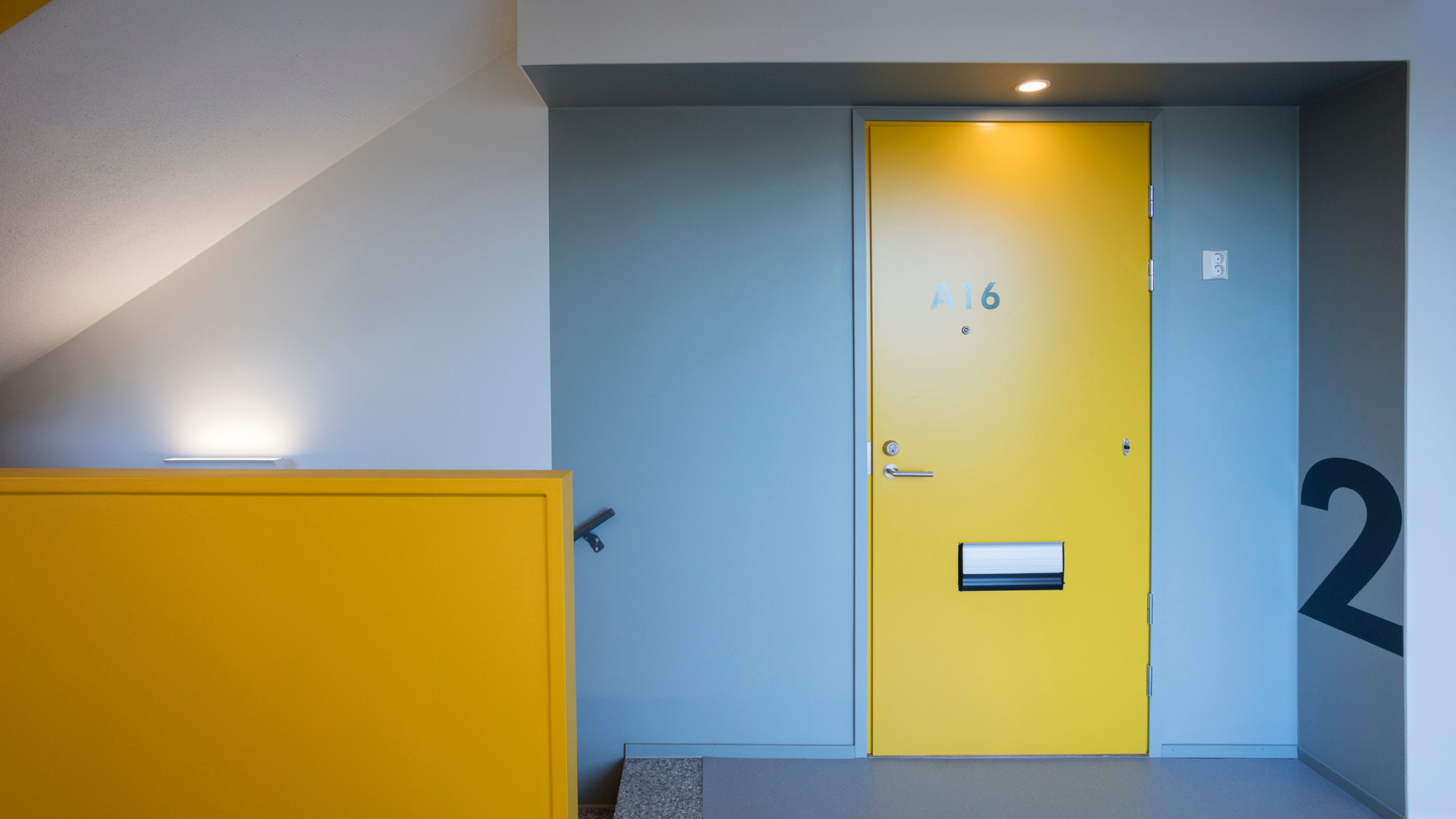 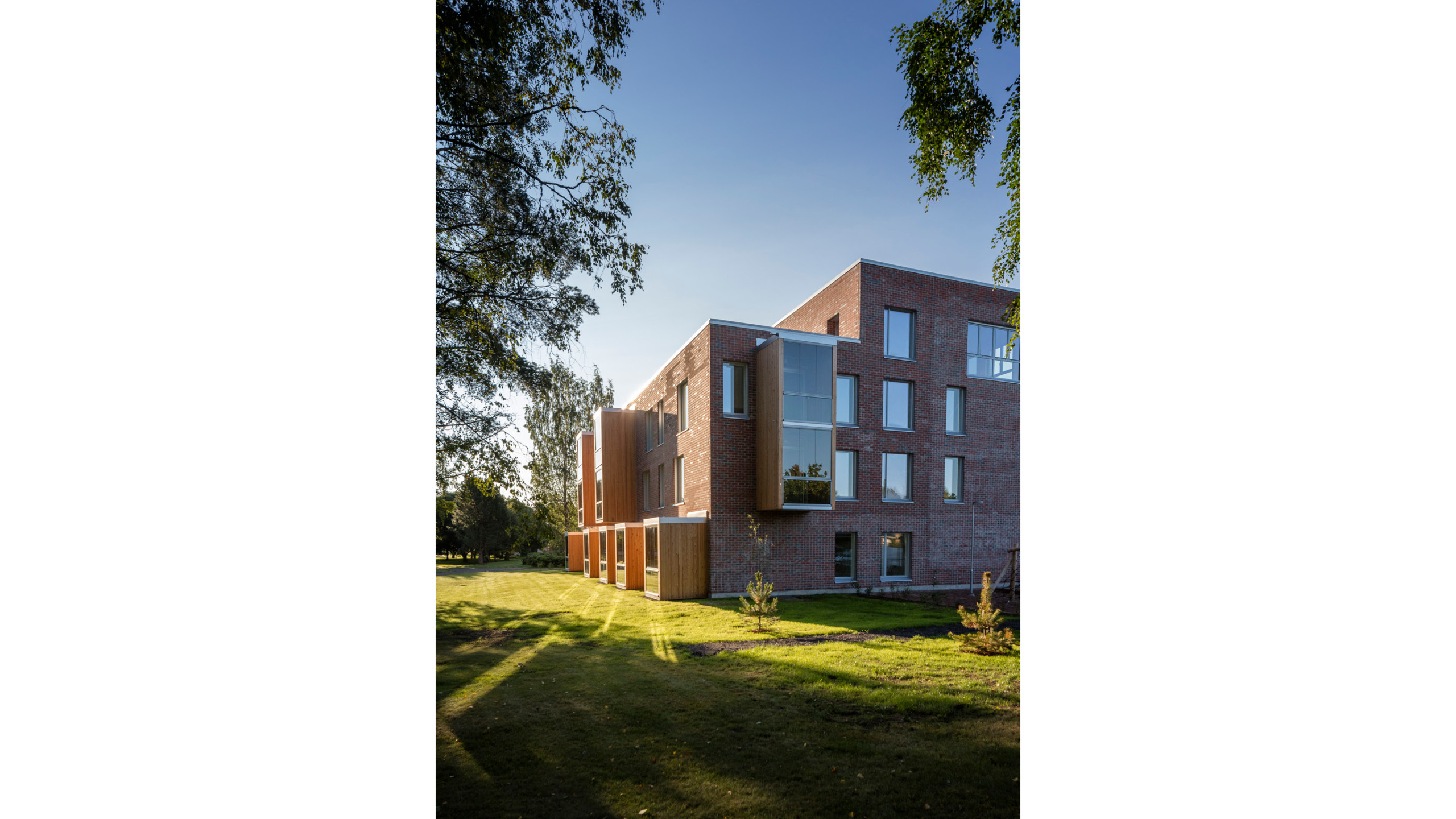 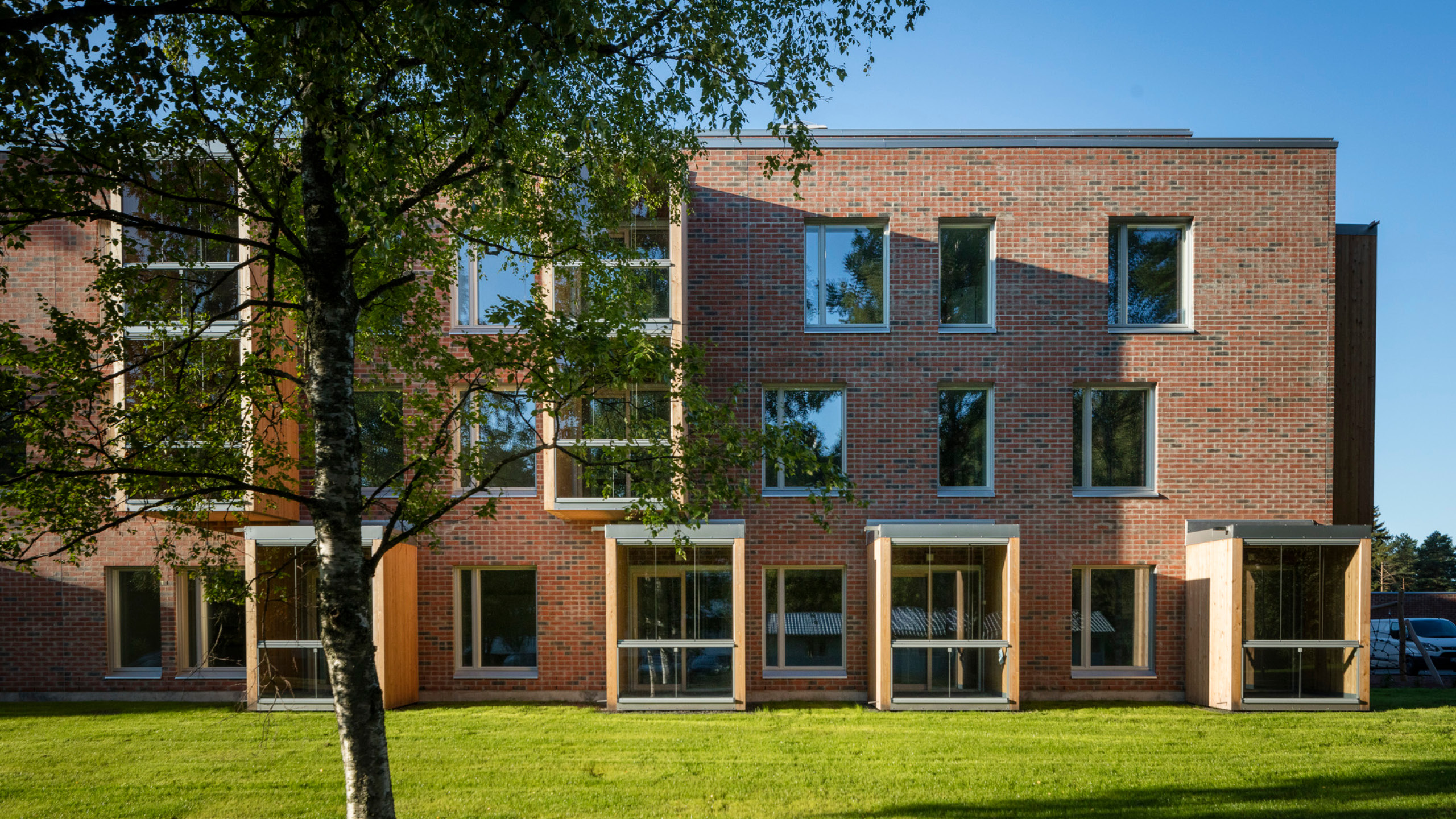 Risuviita in the Kasperi neighborhood in Seinäjoki offers a combination of social housing and special housing for people with autism spectrum. Completed in the fall of 2017, it has been warmly welcomed by its new residents who have made it their home and settled in over the past few months.

The new residential block for Autism Spectre in Kasperi is located at the intersection of two park axis. The new building takes its place in dialogue with the surrounding parkland and views in with the rest of the neighborhood’s built structure forming a focal point at the end of the long vista over the park.

With the nine apartments serving residents with autism spectrum located in the same building with the rental apartments providing social housing, Risuviita offers a combination of varied forms of living in a balanced mix. However, the different types of apartments are functionally separated from each other. In a U-shaped formation, the building grows from one story high to four stories high reflecting the varying building heights and scale of buildings that is characteristic to the neighborhood composed of a mix of single family homes, row houses and apartment buildings of up to eight stories in height. The Risuviita buildings are lower on the southern part of the block and get taller towards the northern part of the block creating a sheltered courtyard with a pleasant microclimate in the middle and allowing the maximal amount of daylight and sun into the yard and the apartments.

The part with the apartments for people with autism spectre is composed of three units. In the southern part of the block there is a larger unit with four apartments, spaces for the staff working there as well as shared spaces for dining, cooking and informal social gathering. Two smaller units offer opportunities for more private living. They are composed of two apartments of different size and a shared space commonly used by the residents of each of the two apartments. The smaller of the apartments is better suited for residents who need more support and assistance. The larger one is designed for residents who are capable of more independent living.

The plan for the apartments allows for a clear functional differentiation between the independent life of the residents, the part of the life of the residents facilitated by the staff of the unit, as well as separate spaces reserved for the staff. In the arrangement one can easily comprehend a composition containing a yard of ones own for each of the residents, an apartment of ones own, and the shared indoor and outdoor spaces that are commonly used by all of the residents. The character of the spaces gradually changes from more public to more private. The challenges of social interaction and communication have been carefully taken into consideration in the design of the shared spaces, the outdoor areas as well as in the circulation and paths in the yard. As a whole, the entity offers an opportunity for social interaction while respecting the individual needs and motivation of each of the residents. The shared spaces are designed in such a way that they can easily be altered and transformed according to need and offer opportunities for a variety of uses.

The special sensitivities of the residents have been carefully considered in the design of the apartments, for example in the lighting that can be made dimmer of brighter according to need, with a special attention to natural light, in the clear organization and functional division of spaces, as well as in the colours and acoustics of the spaces. The apartments are clearly divided into zones according to functions.

Apartments on the ground floor have direct access to the yard through individual porches of their own. The porches serve both as an entrance as well as as a terrace. On the higher floors each of the apartments has a balcony of its own. The living room spaces are arranged around the balcony or terrace in such a way as to allow for daylight to enter differently into the room according to the natural rhythm of the day and light. Through the glazed balconies there are views opening also from one interior space into another. It is also possible to use the glazed balconies to adjust the level of light, either dimming or taking advantage of the natural daylight.