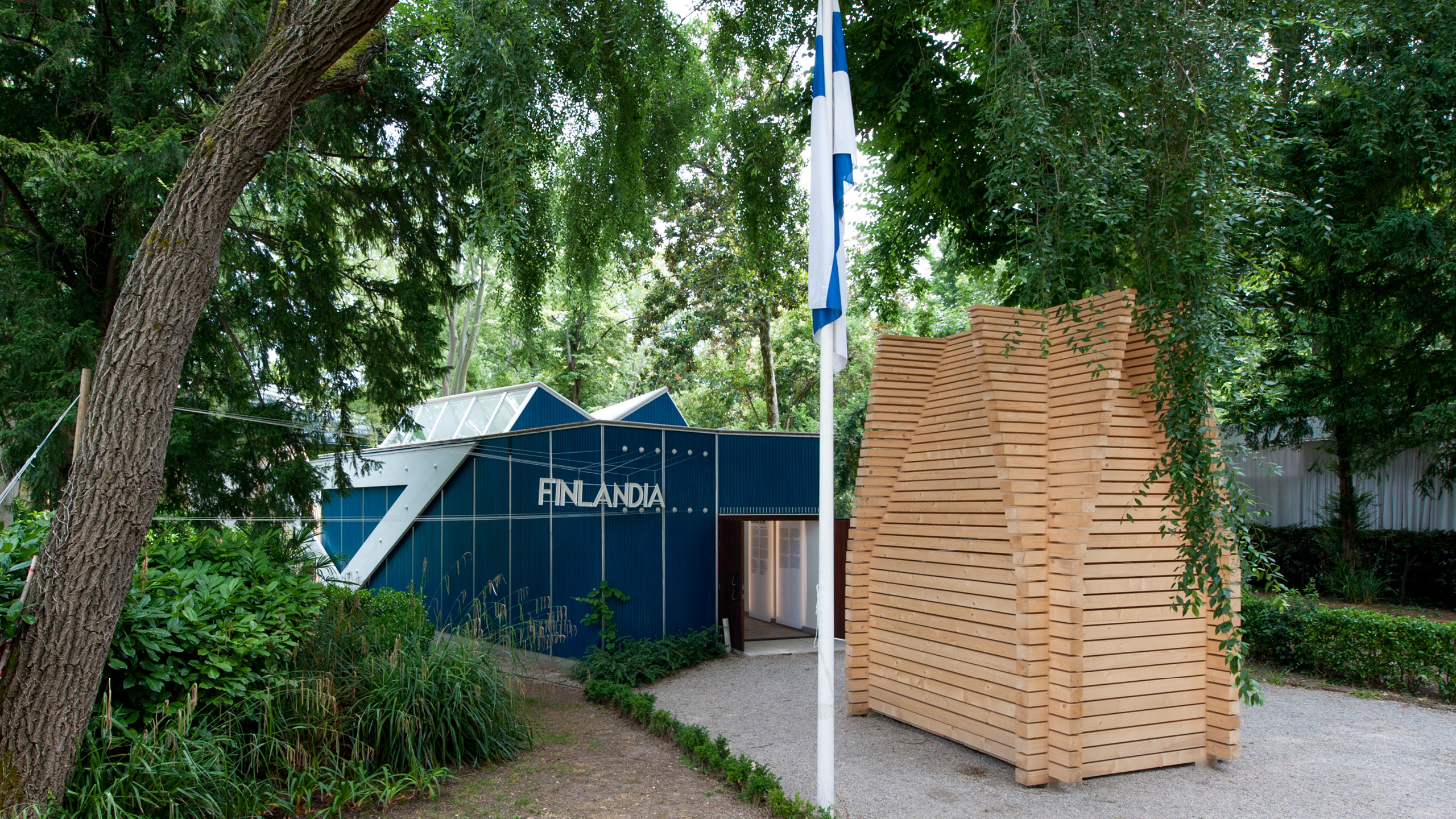 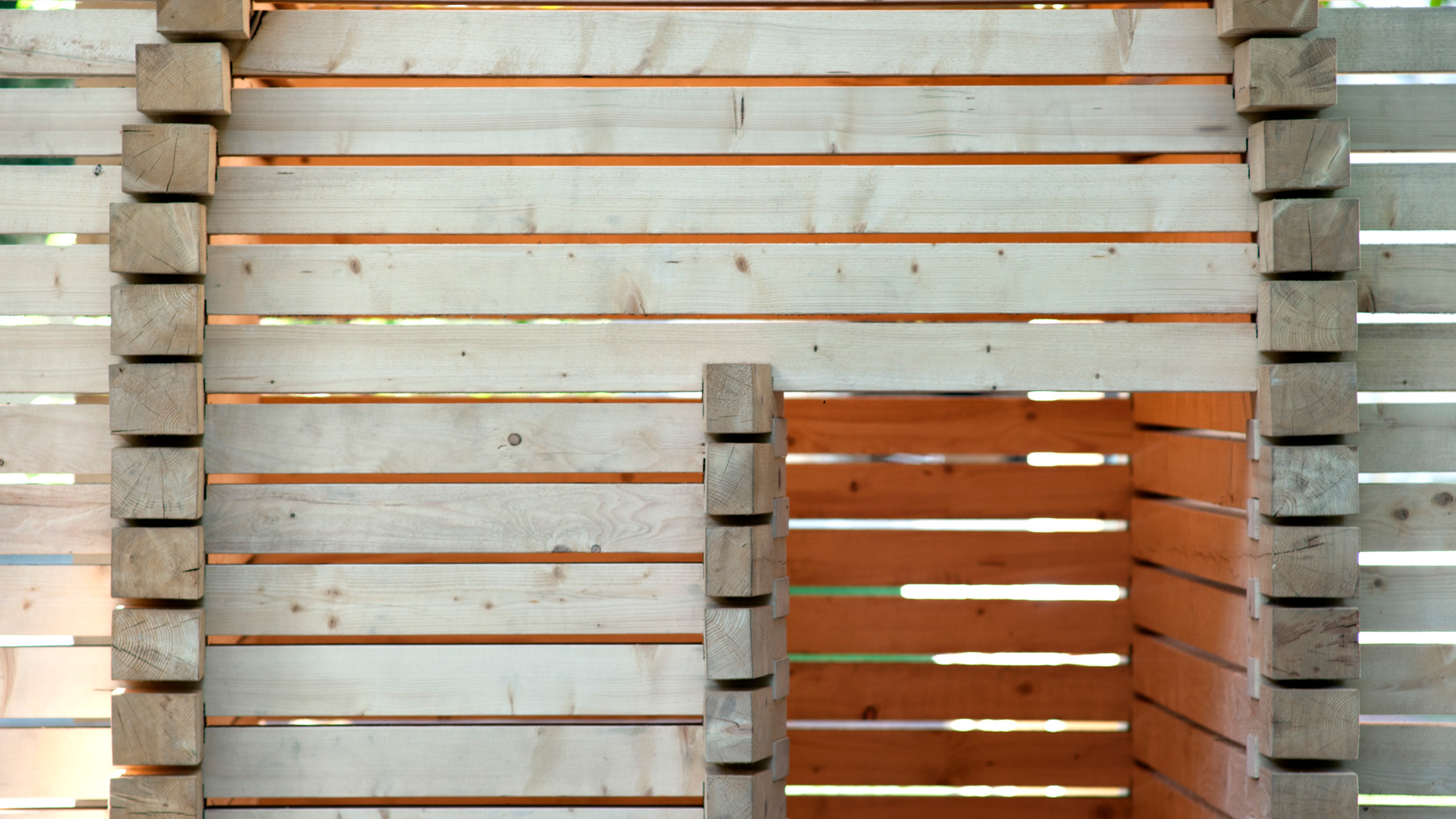 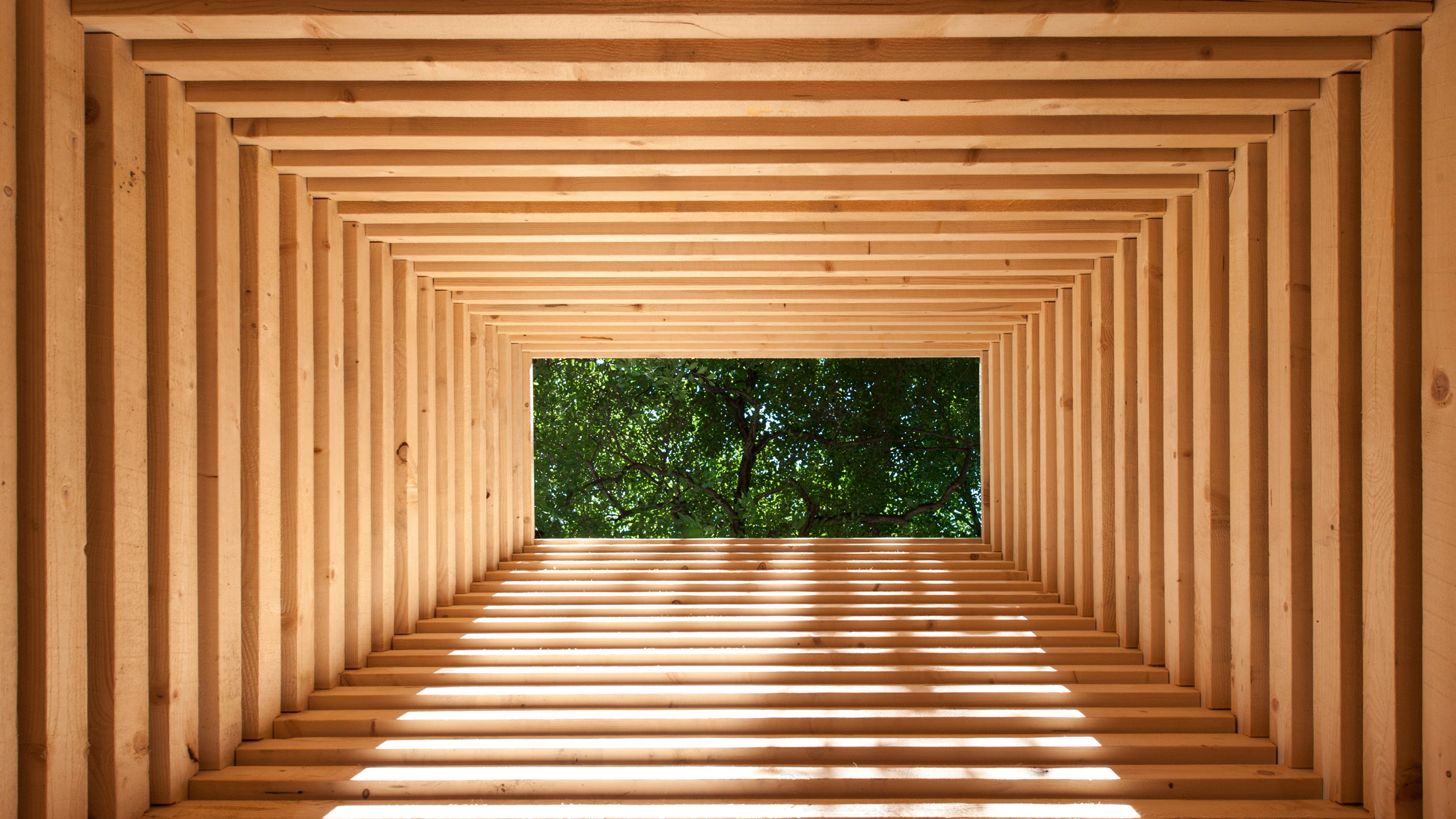 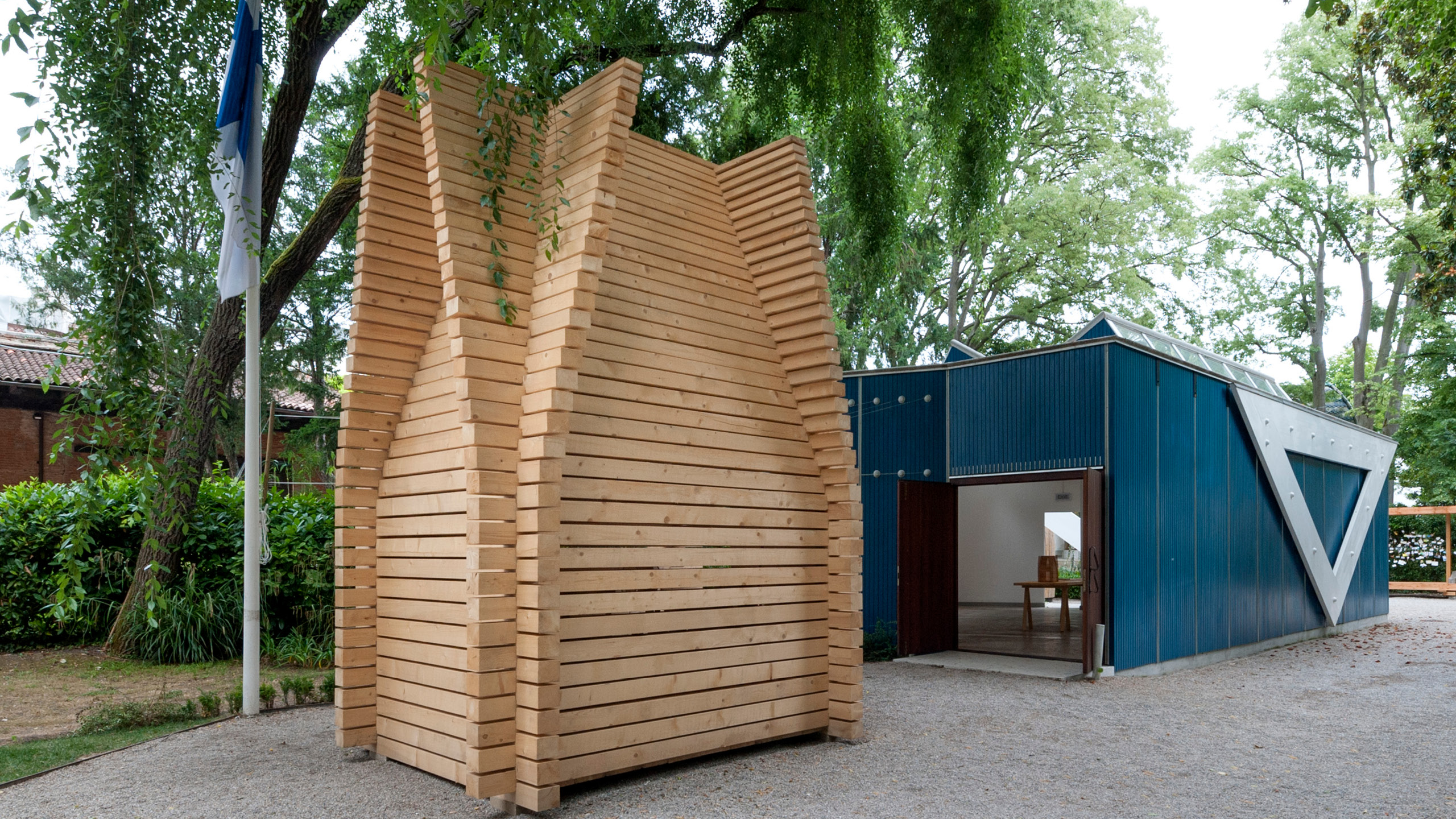 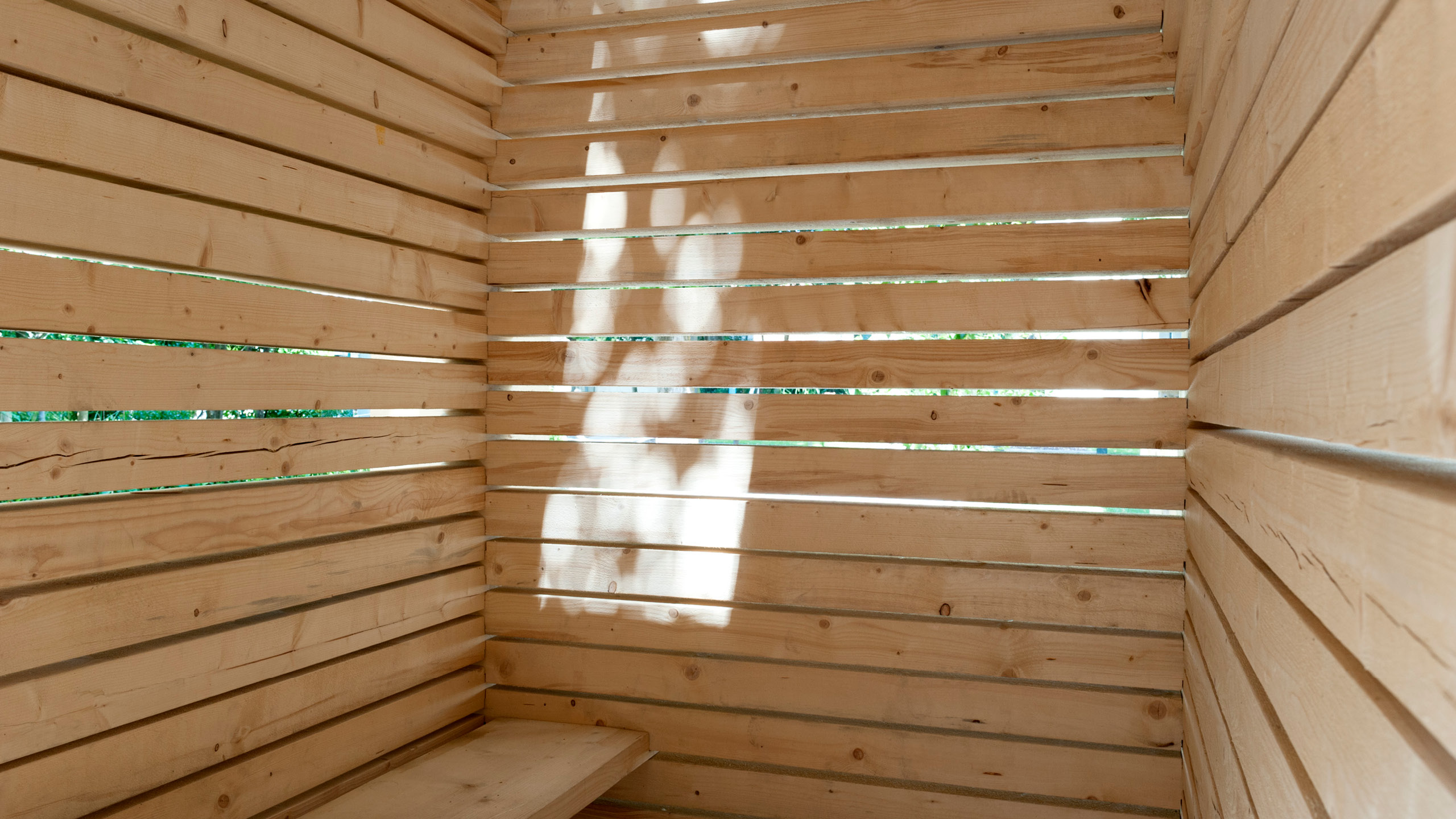 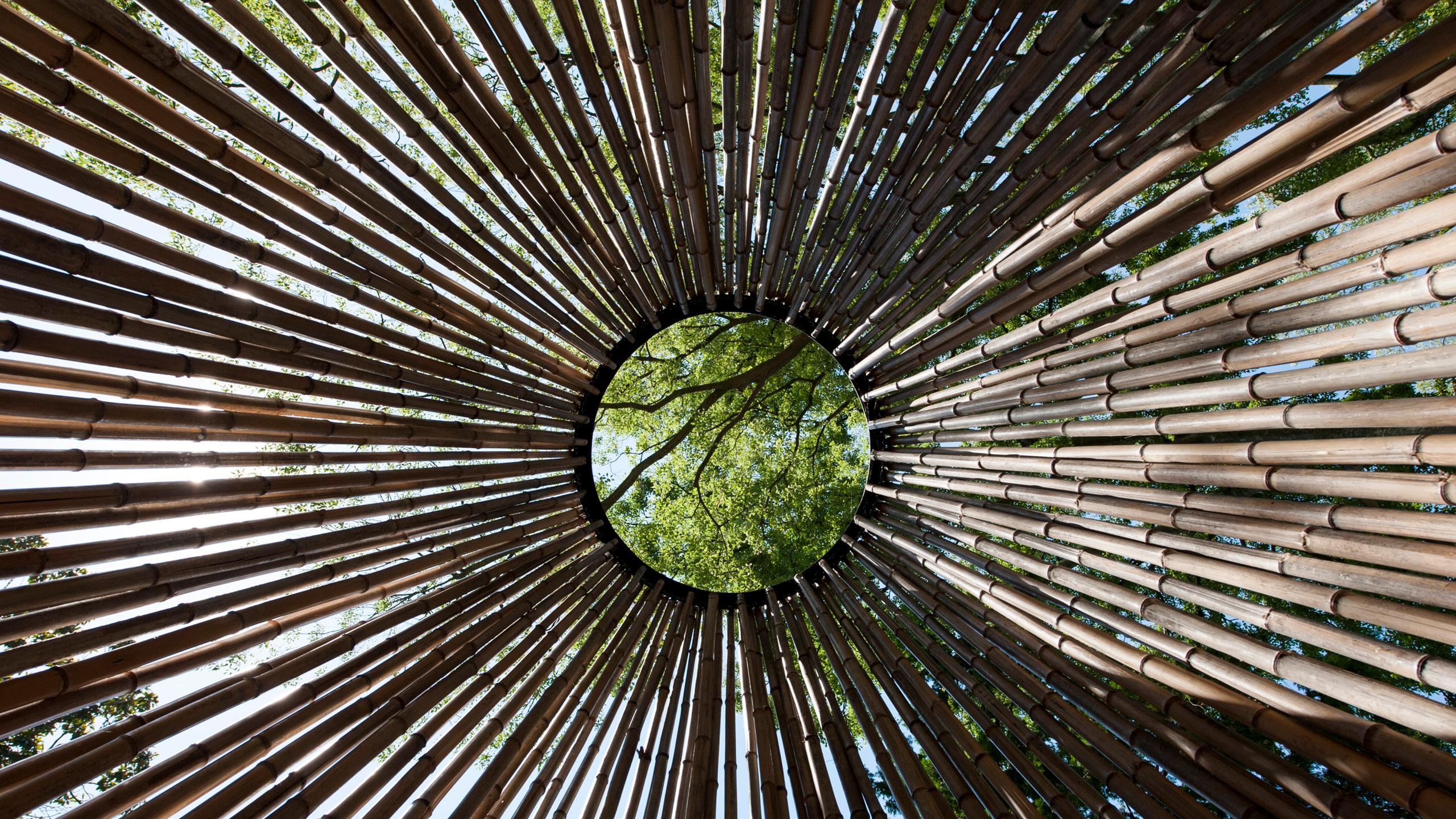 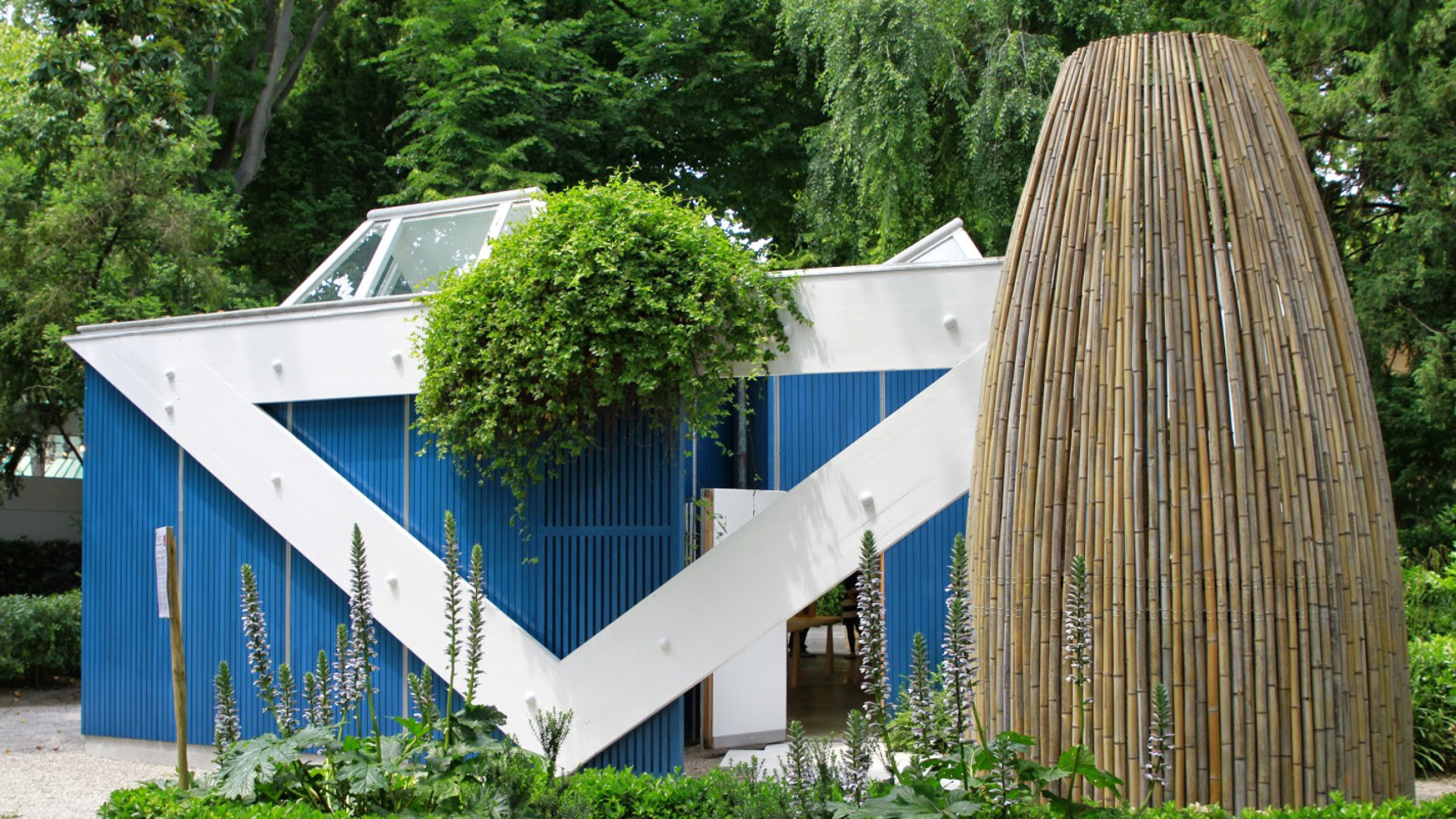 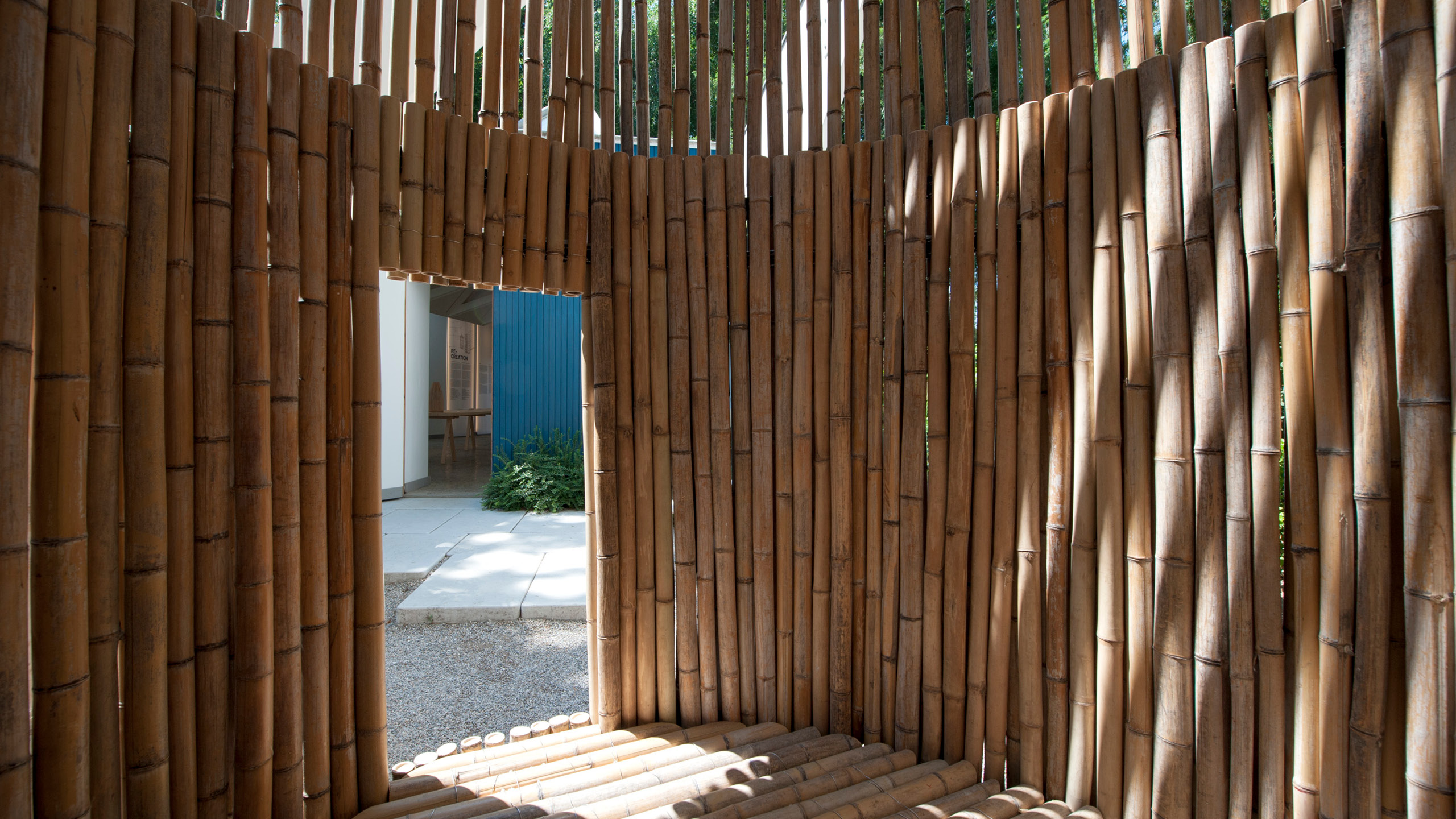 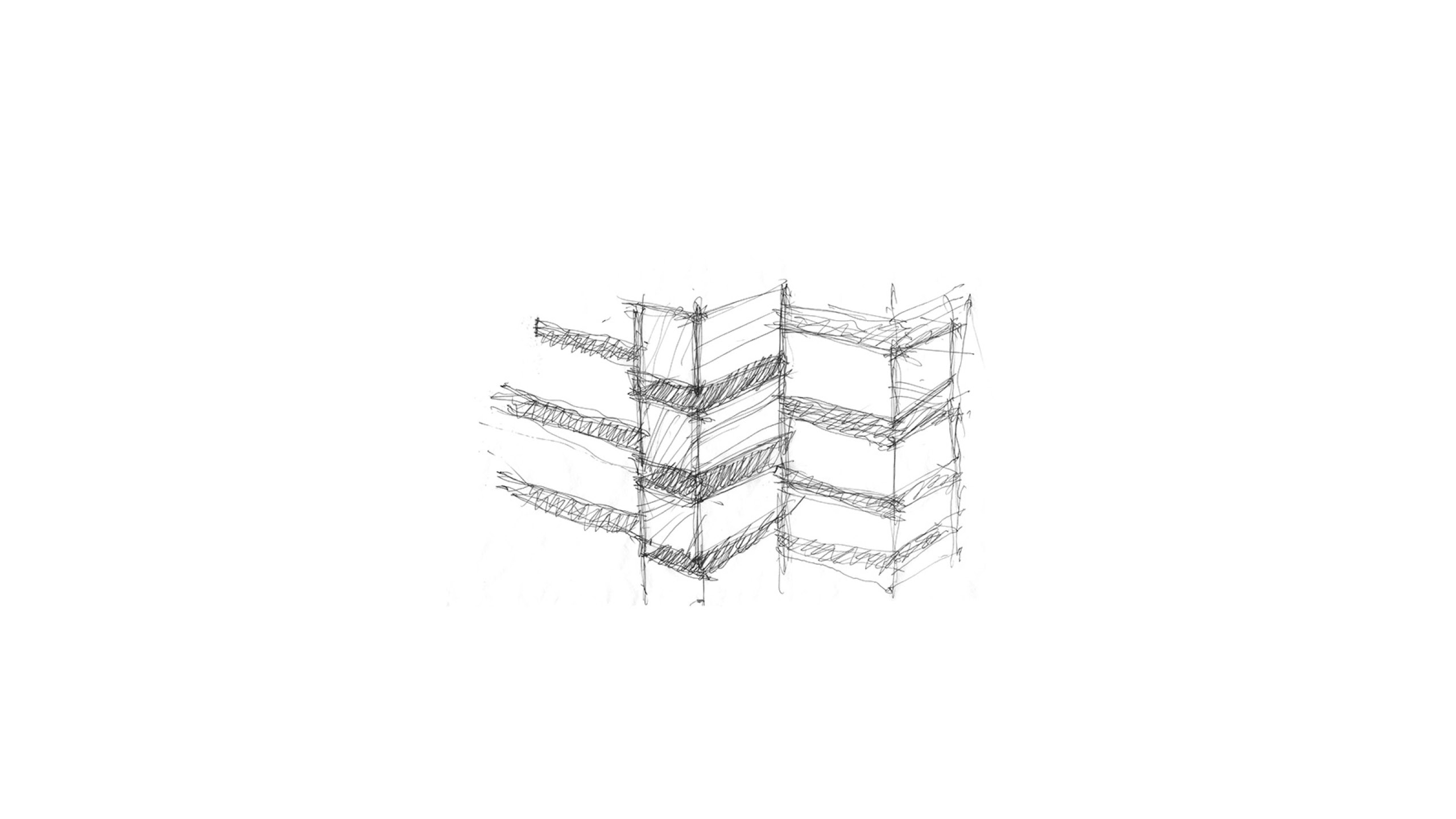 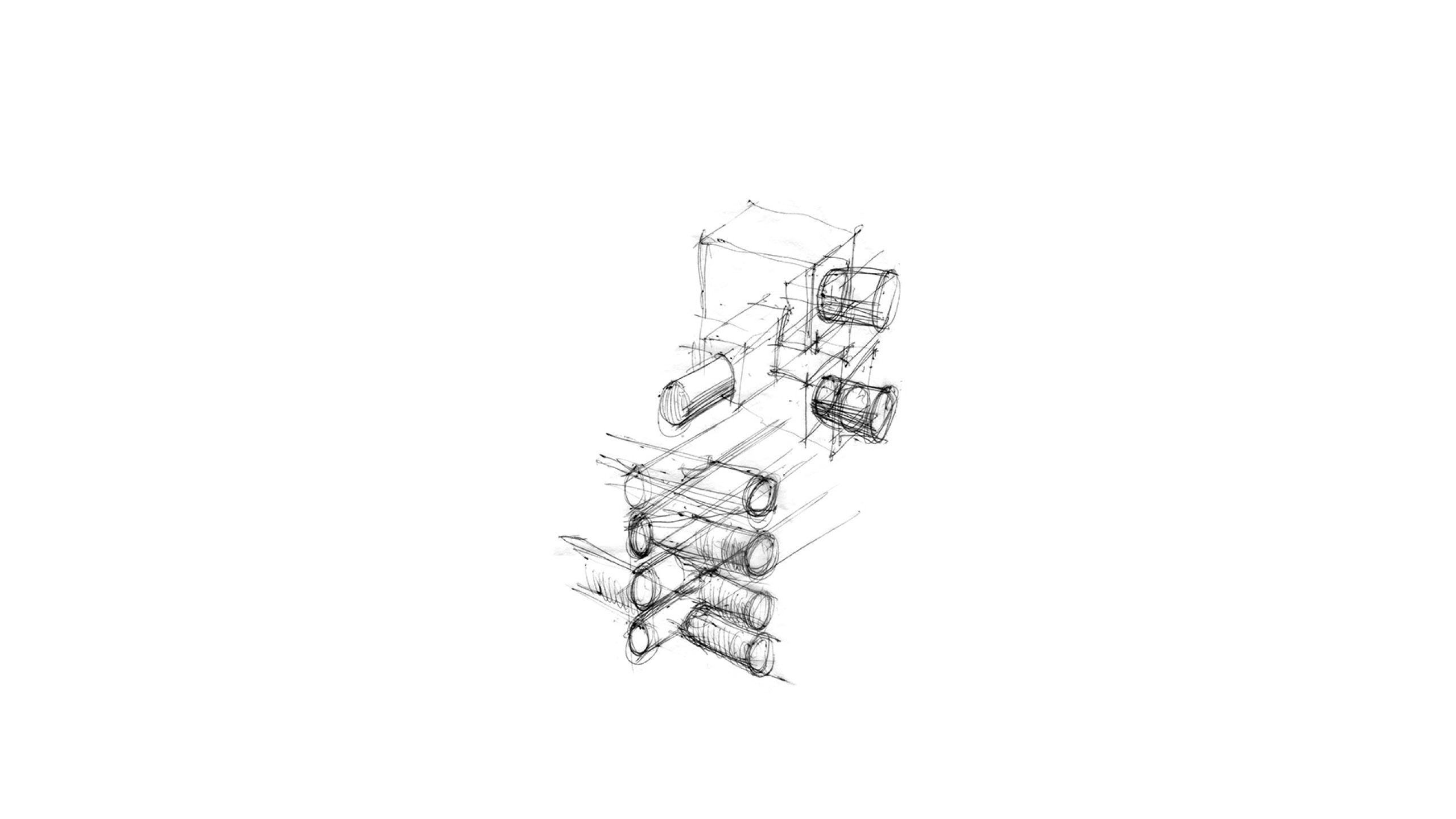 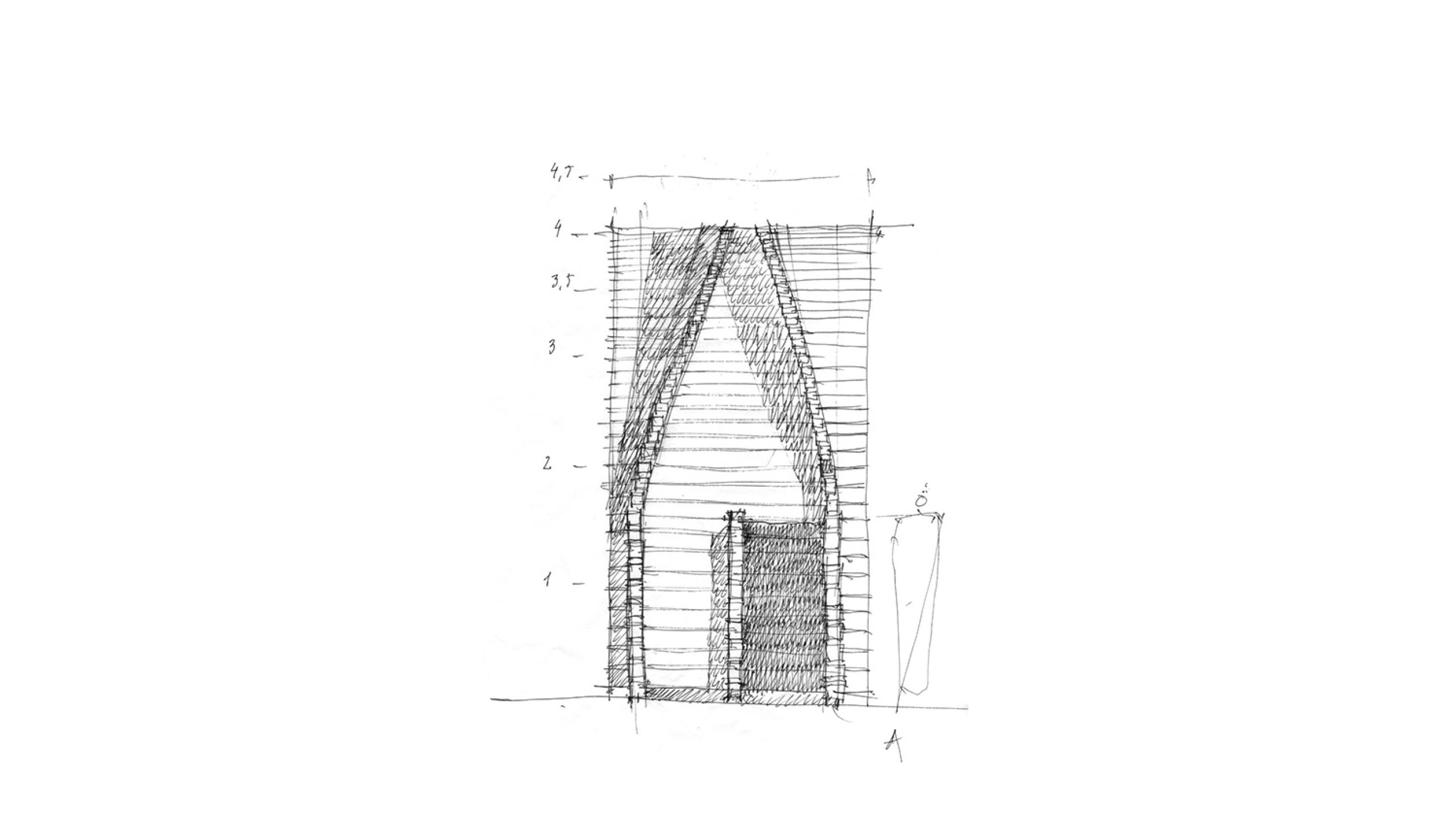 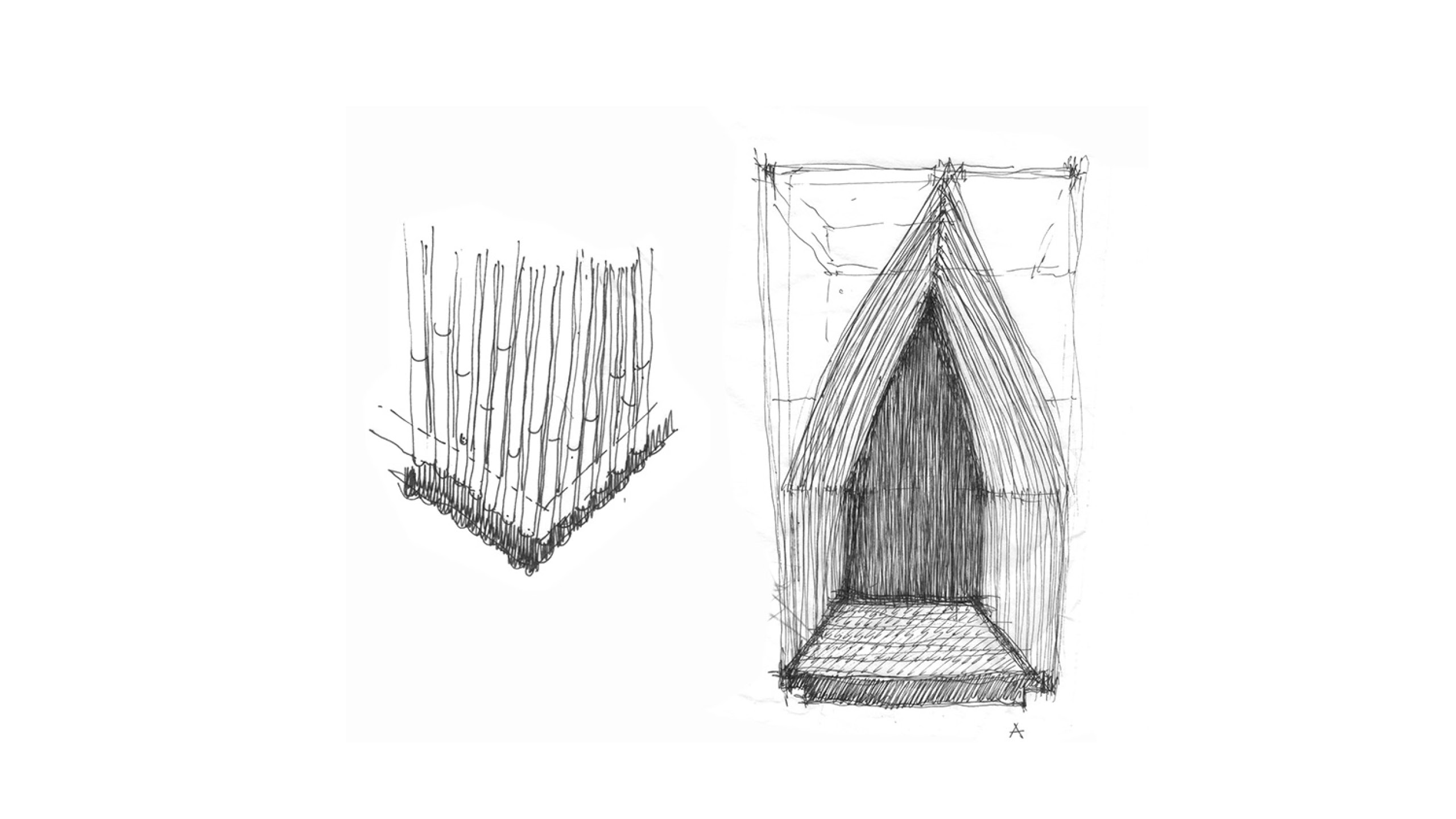 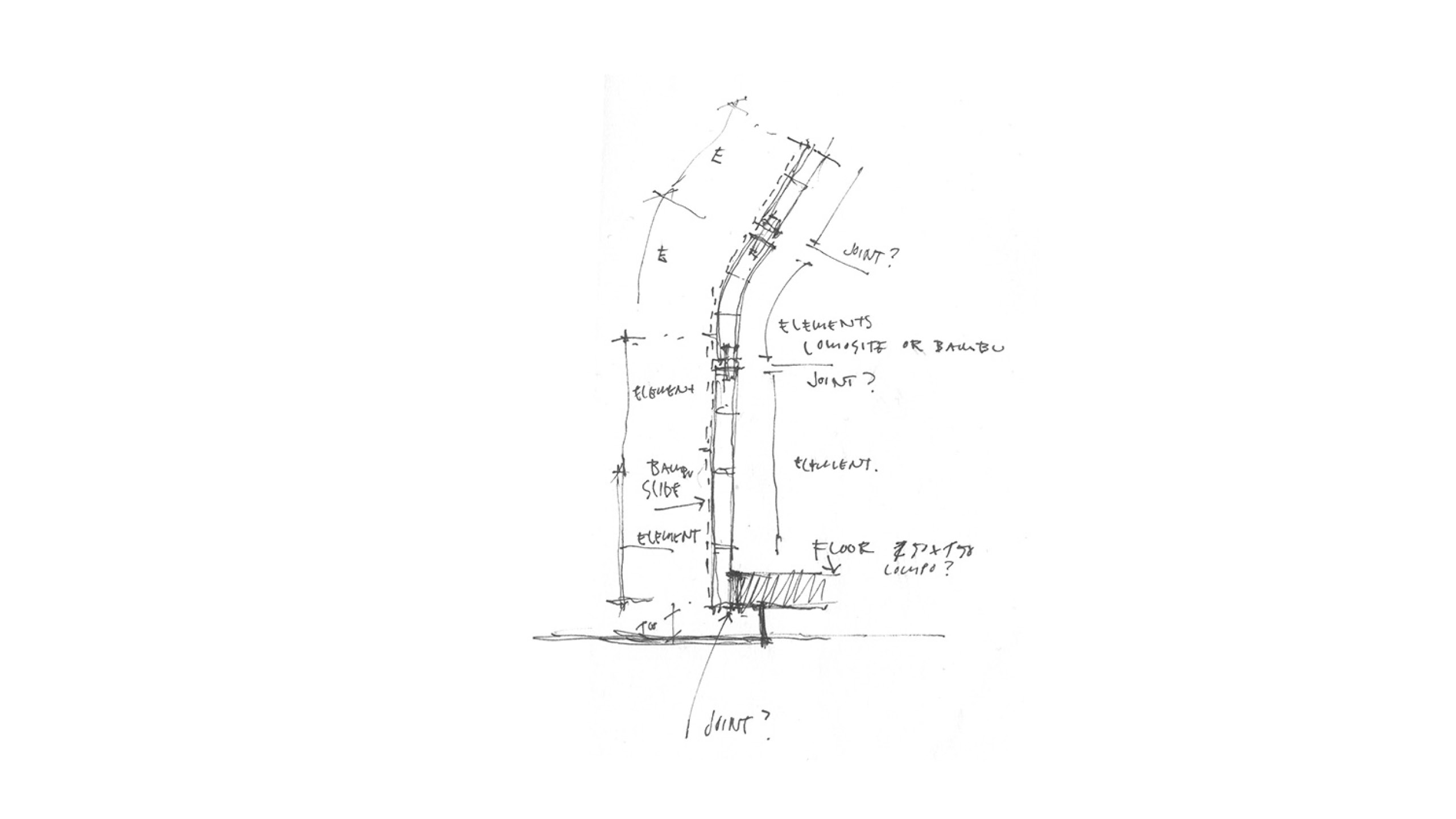 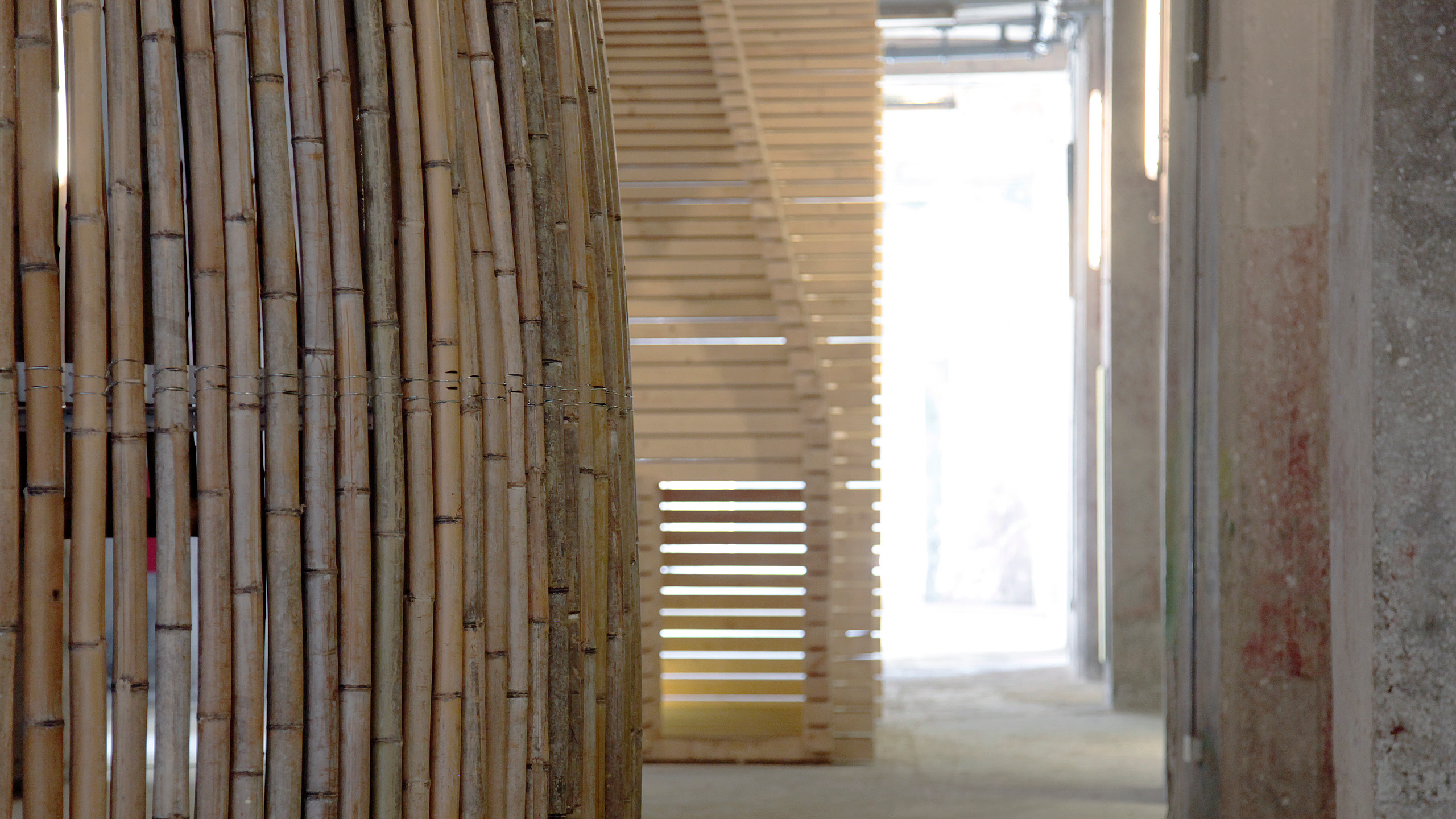 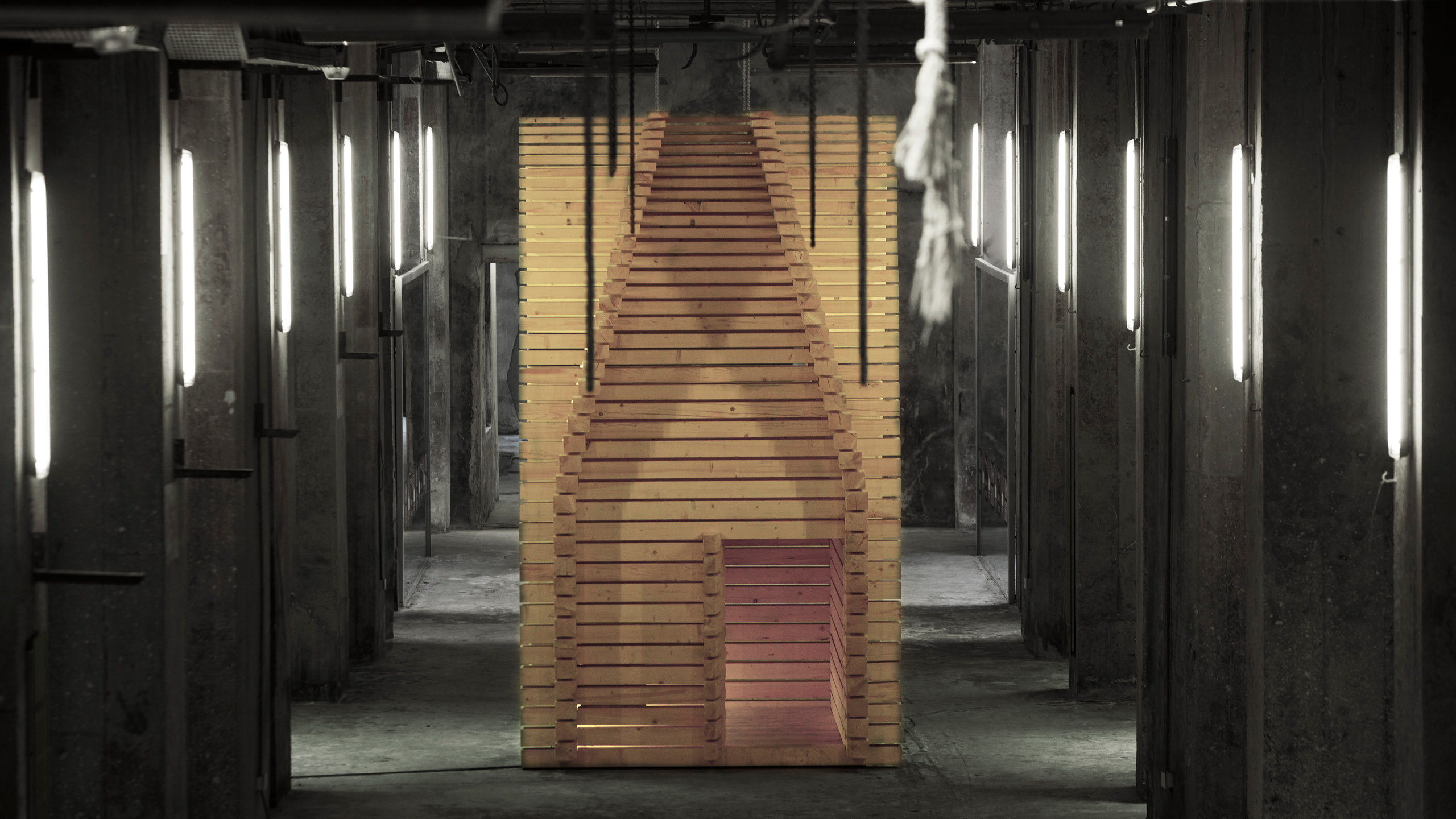 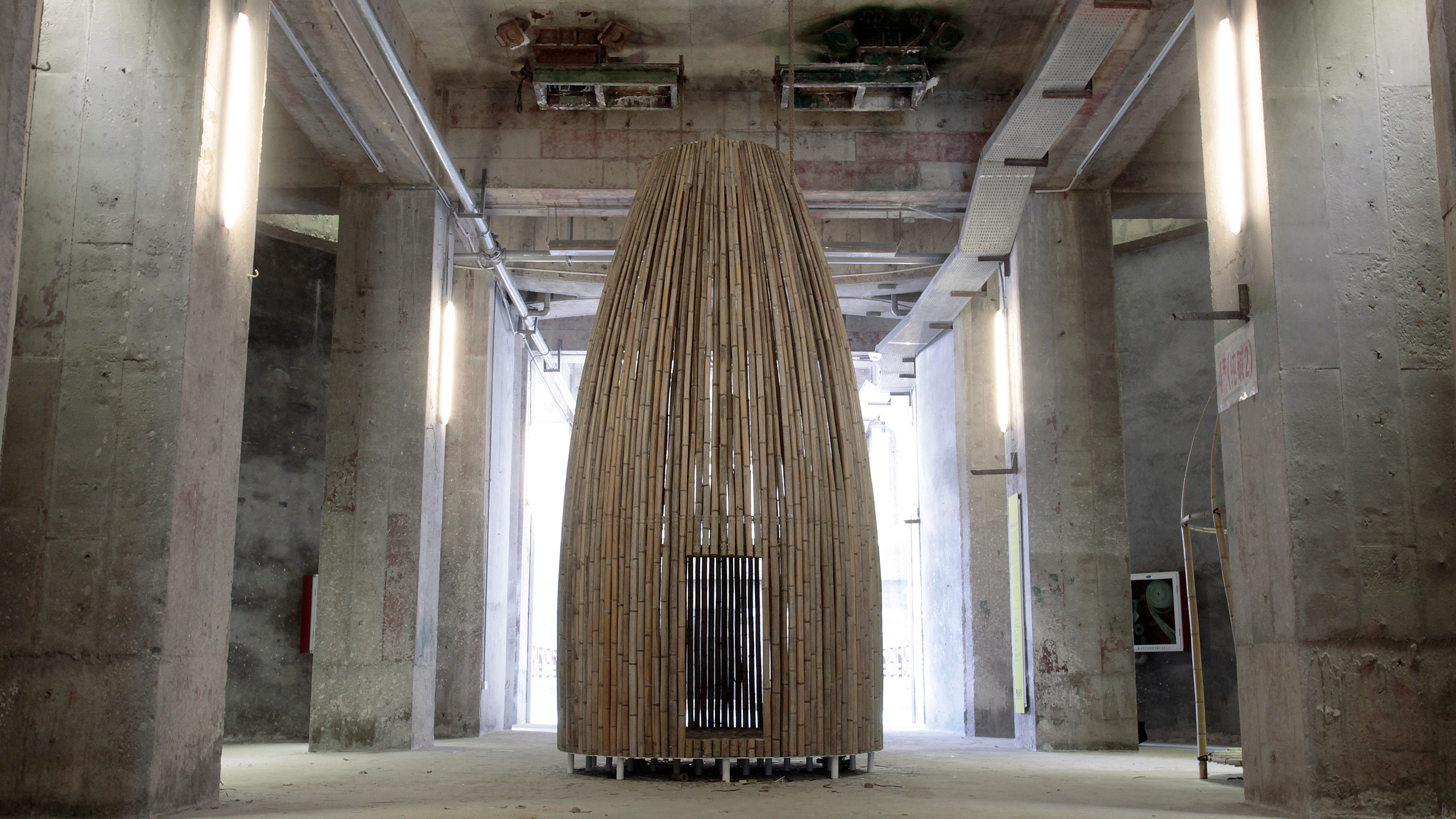 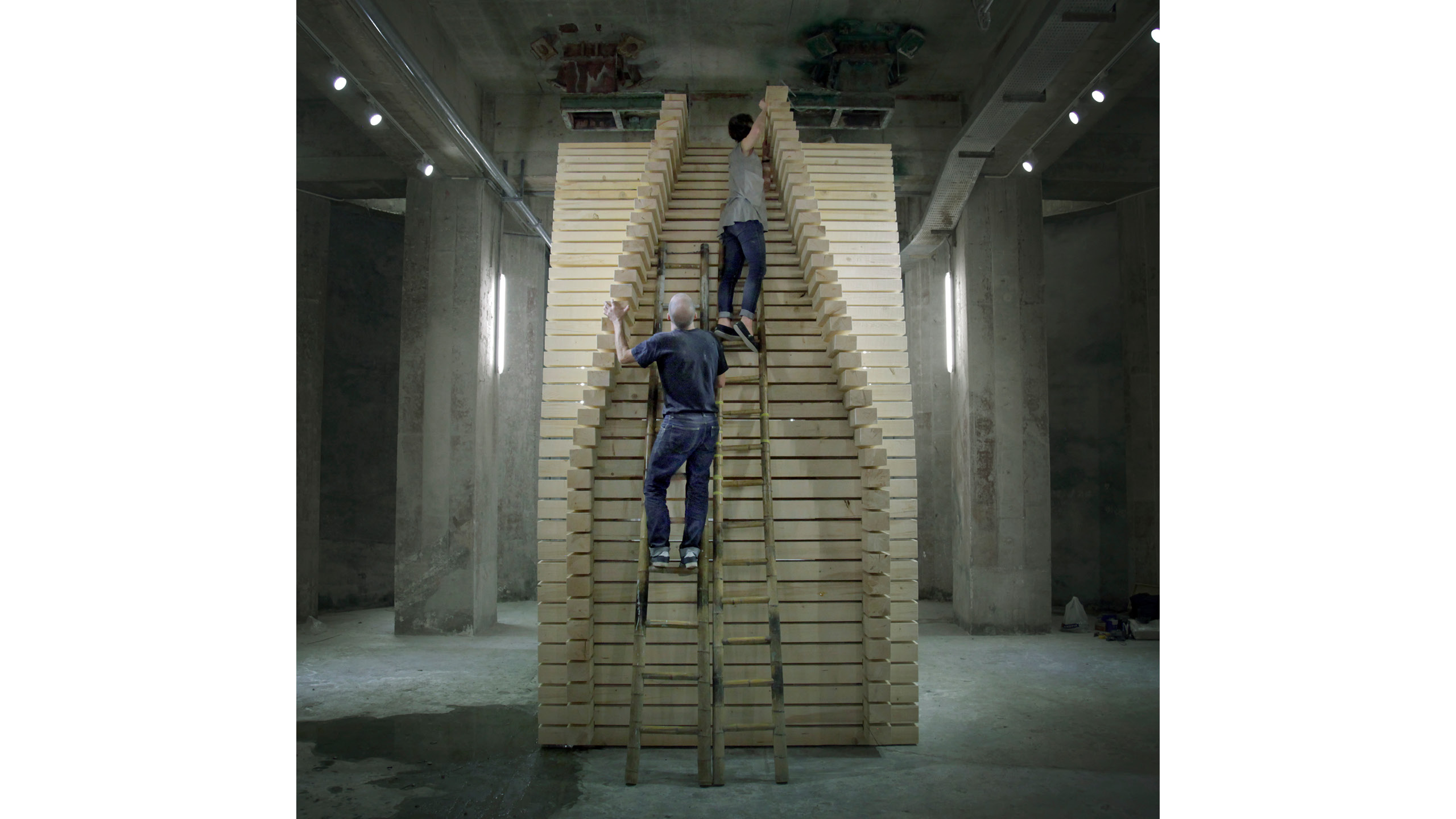 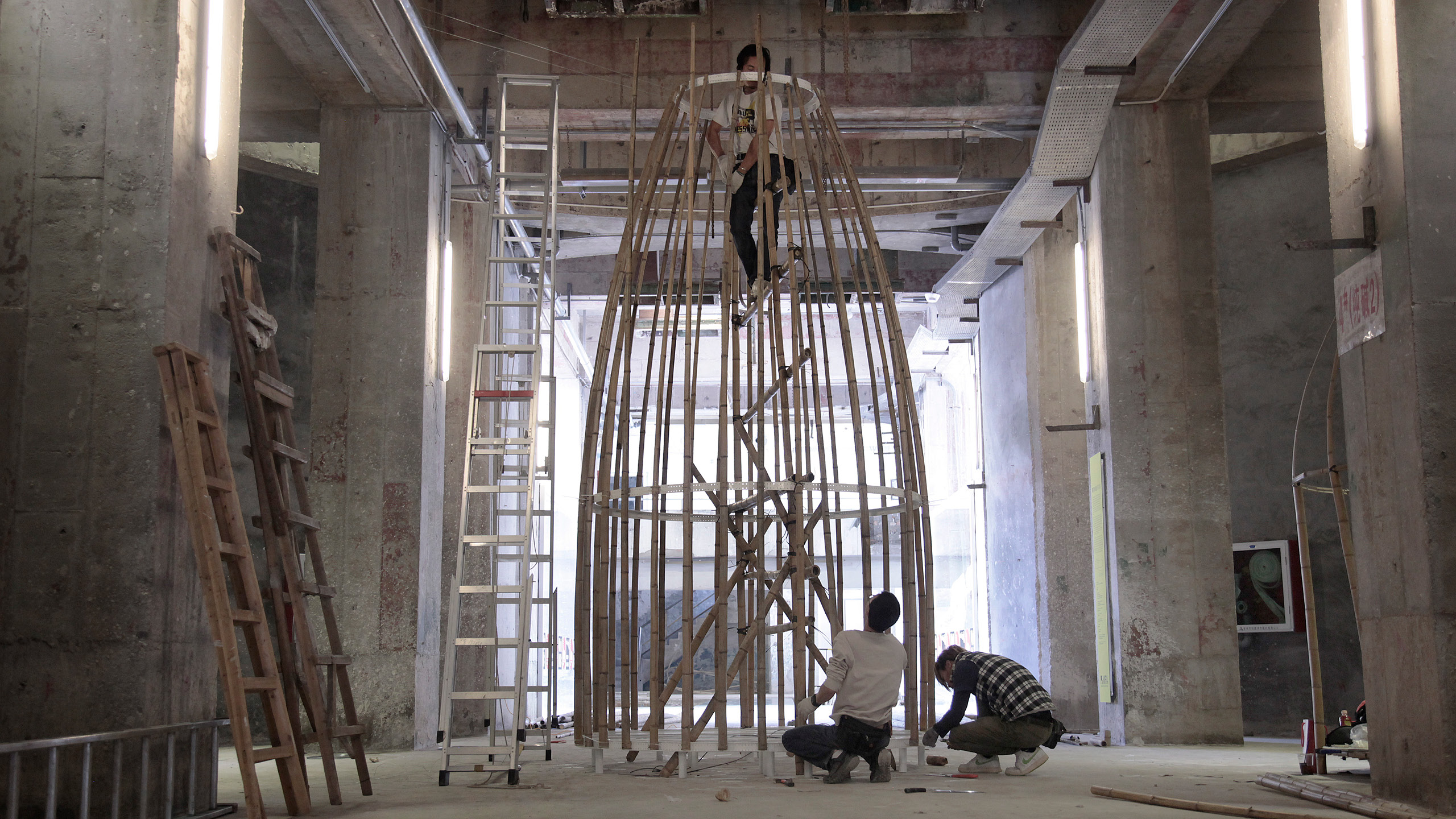 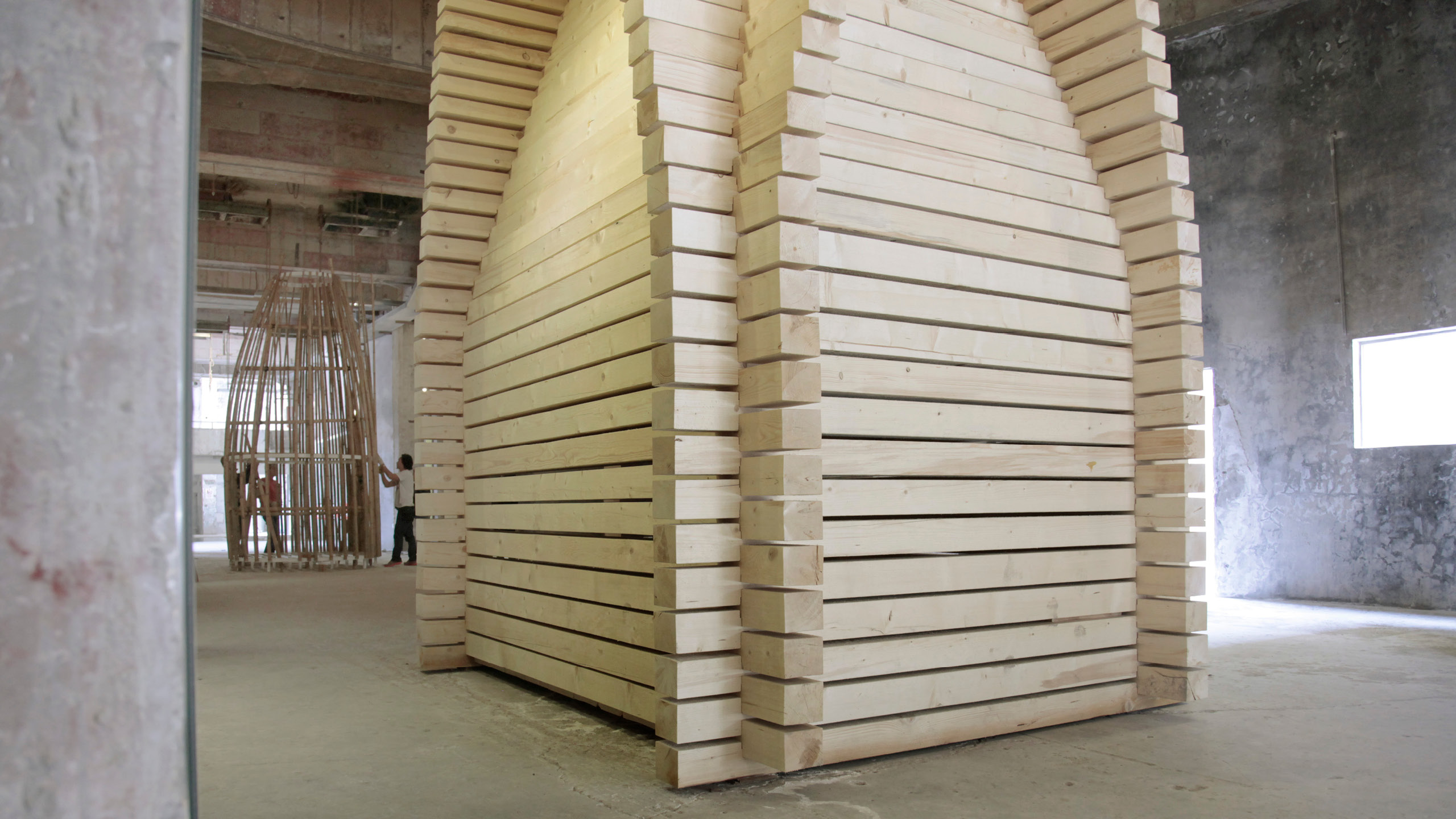 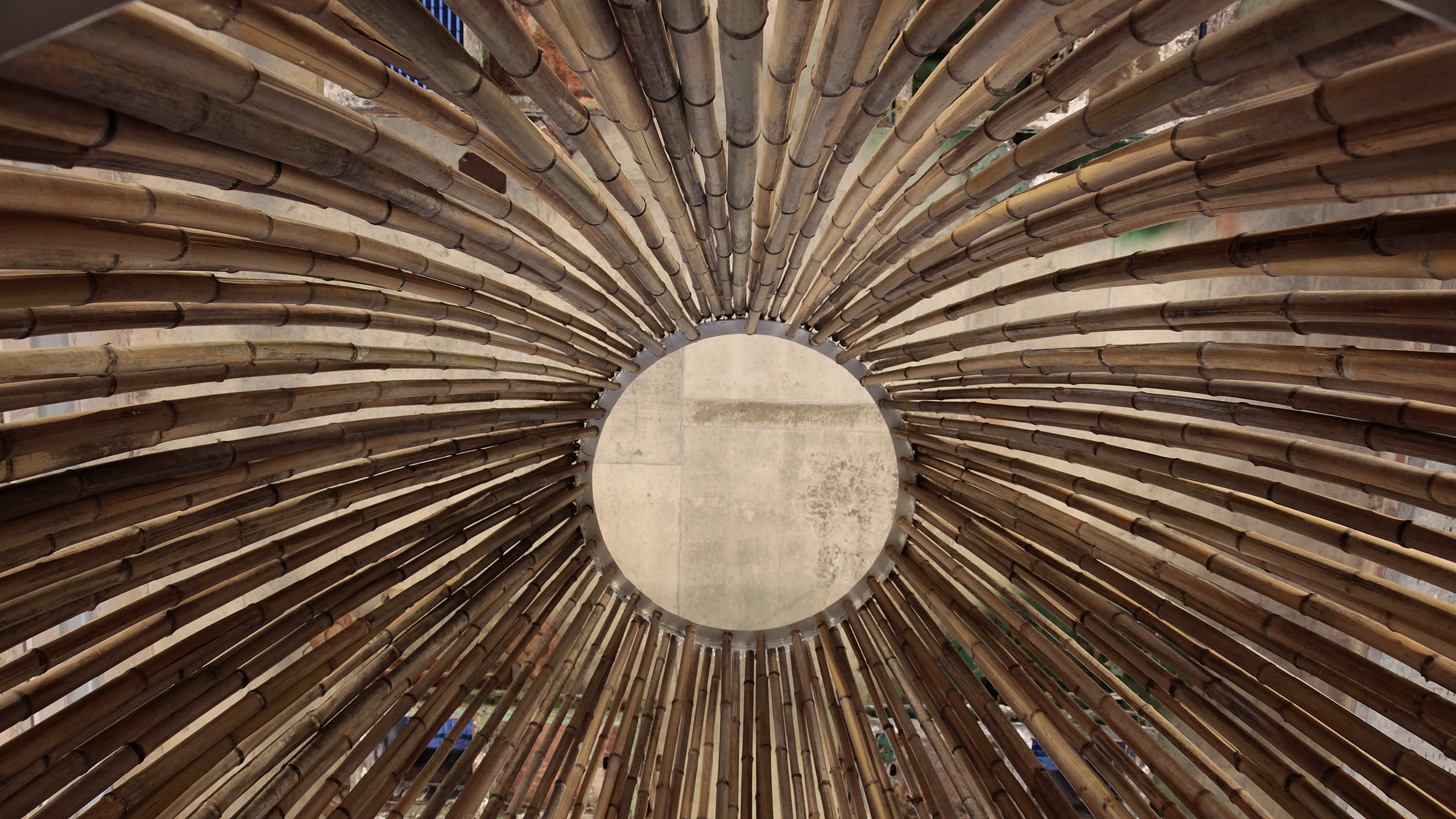 Re-creation / The resilience of Architecture

Originally commissioned for presentation at two international biennales of architecture, one in Shenzhen, China in 2013 and the other in Venice Italy in 2014, Re-Creation is a two-part installation based on a concept by Anssi Lassila. It started as an experiment to learn what happens when a tradition in one culture is re-enacted in another. With two “primitive huts” that the visitor can enjoy from within, the installation provides two examples of space and shelter at their purest.

Characteristic of the approach of OOPEAA, Re-Creation has been created through a communicative process of dialogue between the architect and the builder, in this case in two different local contexts, Finland and China. One part of the installation was constructed of spruce logs by a Finnish master carpenter and his team and the other of bamboo stems by a Chinese team. The two installations offer two locally defined interpretations of the same universal idea. Together the two parts of the installation strike up a subtle and complex dialogue between the architects and local builders. Setting the Finnish and Chinese concepts of modernity in dialogue, Re-Creation demonstrates the resilience of architecture and takes a stand on our relationship with the modern legacy and its tradition of international exchange.

Re-Creation is a tangible, experiential interpretation of Finnish and Chinese conceptions of space. The installation also explores the theme of originality and copyability: What does space, in its most basic form, represent in two different cultures? How does an original concept adapt to local conditions and materials in a new cultural context? As the title suggests, Re-Creation draws on a universal concept of space, giving it two different forms in two different cultural contexts, one in Finland, the other in China. The Finnish and Chinese “spaces” differ noticeably from each other in their materials, techniques and vocabulary.

Commisioned by the Museum of Finnish Architecture and curated by Juulia Kauste, Re-Creation was originally created as an integral part of the Shenzhen B-City Biennale of Urbanism\Architecture (UABB), in collaboration with its Creative Director Ole Bouman. By emphasizing quality as discovered in existing architecture and stubborn traditions, he set a new agenda for design in rapidly urbanizing China, relying on outstanding design cultures worldwide. Reciprocally, it fuelled a variety of international projects with new energy.

In this spirit, Re-Creation is the result of a deliberate and mutual exposure of the almost timeless architecture fundamentals of a nation to the rapidly changing cultural realities of a modern city: Finland and Shenzhen. A Nordic nation, reputed for its calm and serenity meets a city, famous for its speed and frenzy at the heart of Pearl River Delta. It reveals the qualities that emerge from this encounter, showing how “absorbing modernity” may produce specificity.

Presented at the Biennale Architettura 2014 in Venice curated by Rem Koolhaas under the title Fundamentals, Re-Creation is placed in the context of the wooden biennale pavilion designed by Alvar Aalto in the golden age of Finnish modernism in 1956. In the framework of the national pavilions organized under the theme of Absorbing Modernity 1914-2014, the installation gains a new interpretation, completing the dialogue between tradition and modernism through the act of its re-creation in a new context. Creating something new that neither Finland nor China could do alone, it re-invigorates the cultural value of local tradition by directly exposing it to the realities of globalization. This way, a traditional gesture becomes a true act of modernity, going beyond the easy opposition between two categories.

Supported by: KONE Foundation, the Alfred Kordelin Foundation, the Ministry of Education and Culture Finland and the City of Helsinki
In partnership with: PolarLifeHaus
Exhibition furniture by Nikari
Lighting solutions by Saas Instruments
Re-Creation is part of the UABB@Venice project

CLIENT:
Museum of Finnish Architecture for the Bi-City Biennale of Urbanism/Architecture 2014 in Shenzen