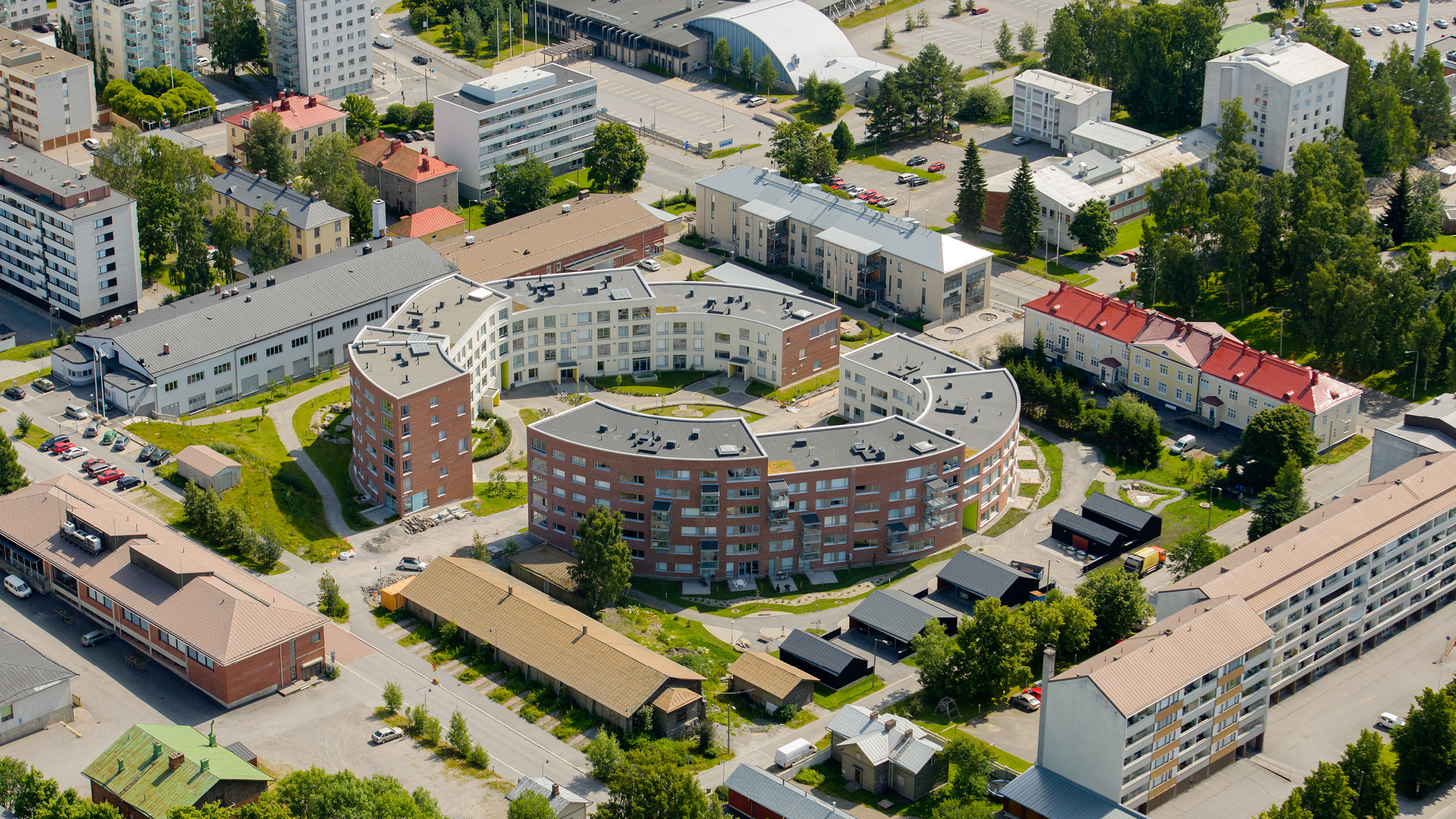 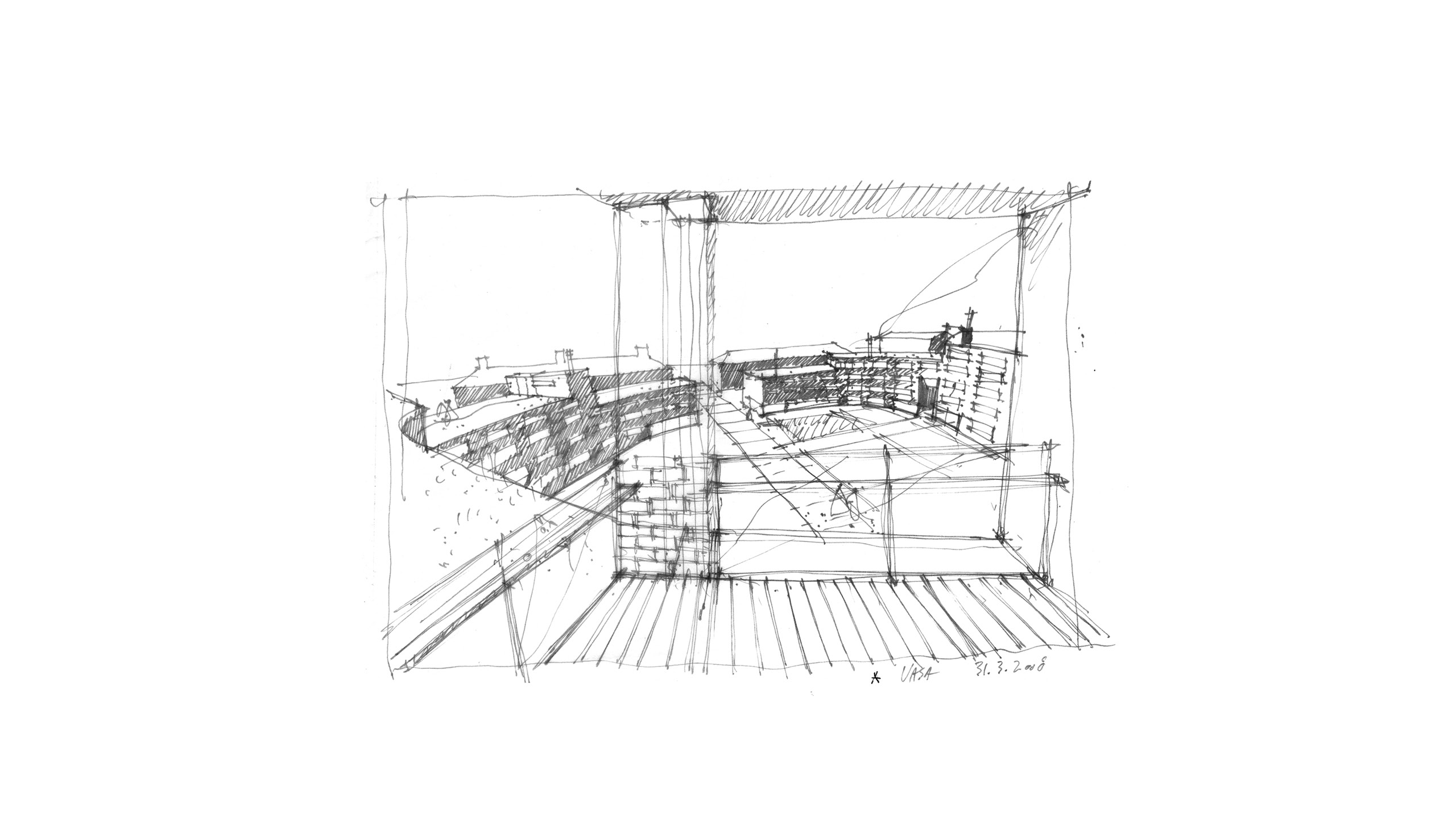 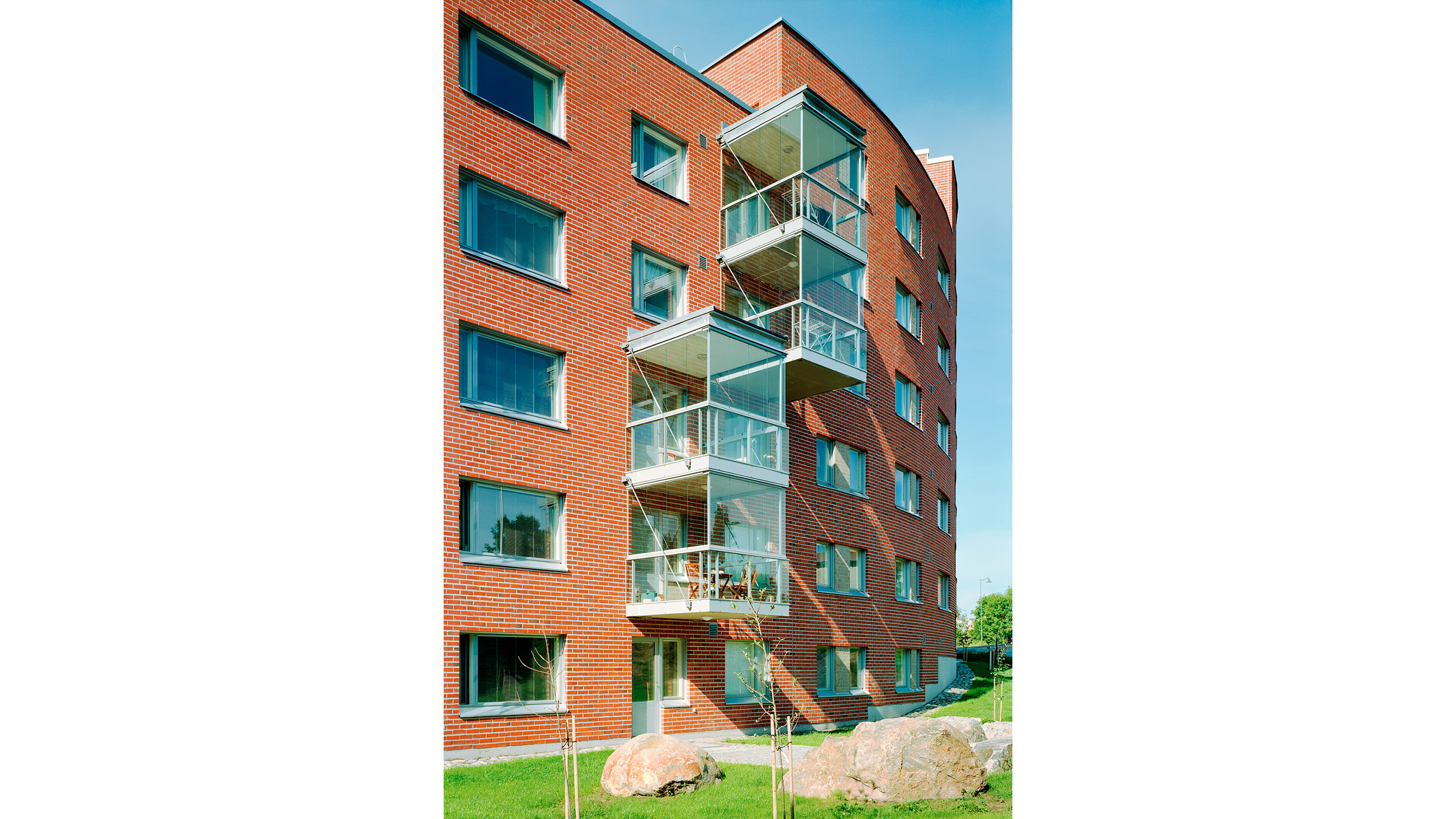 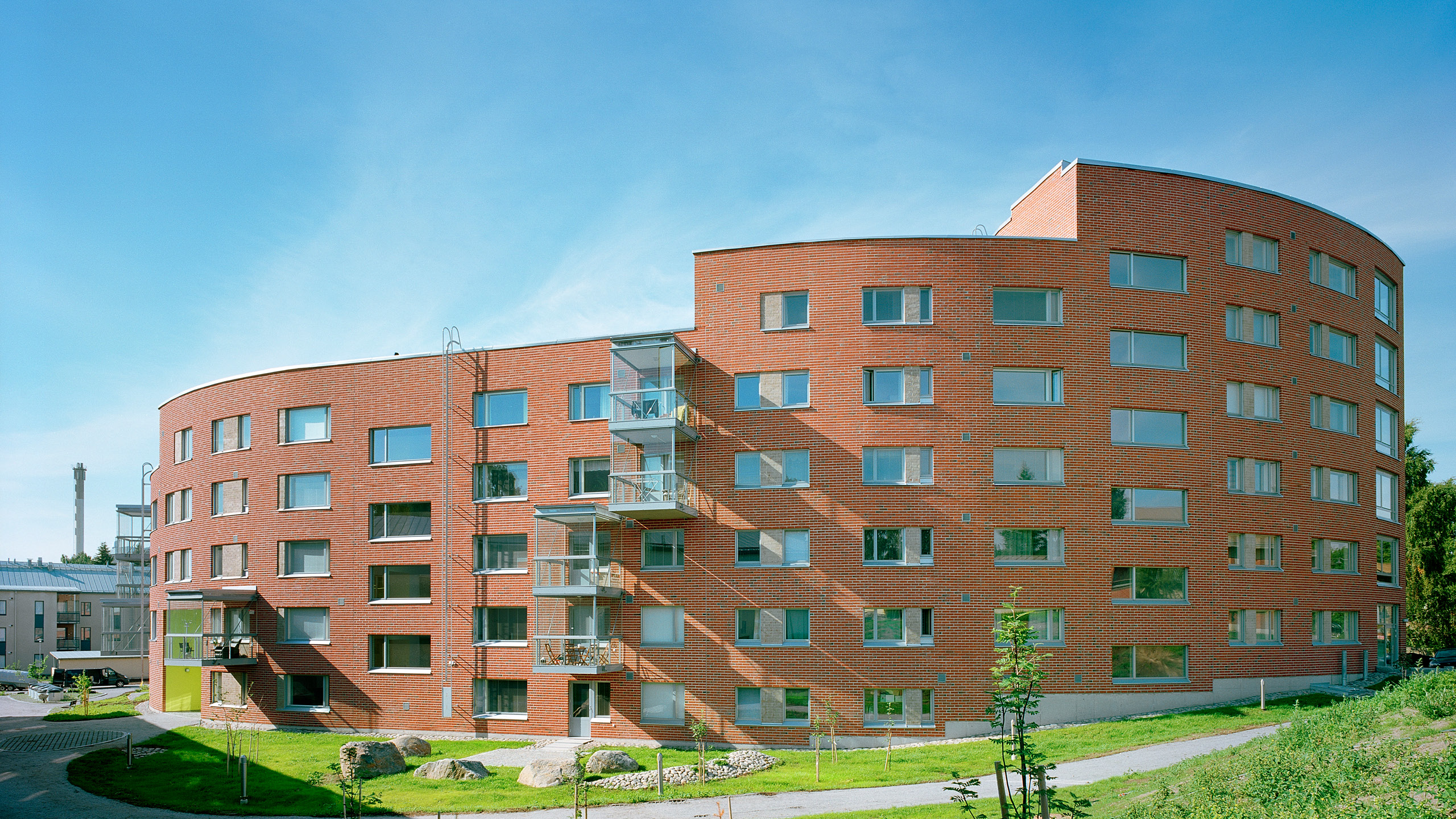 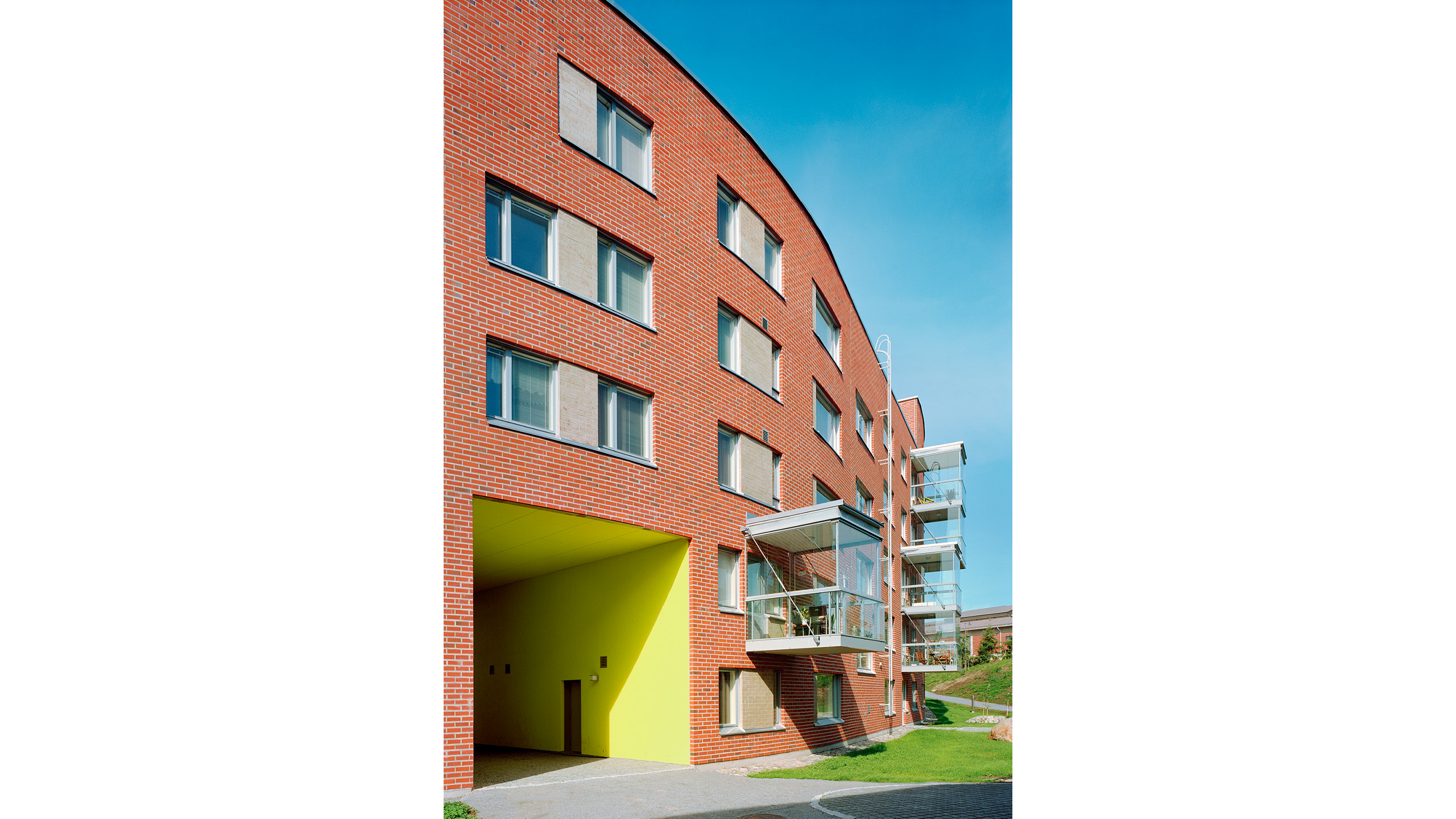 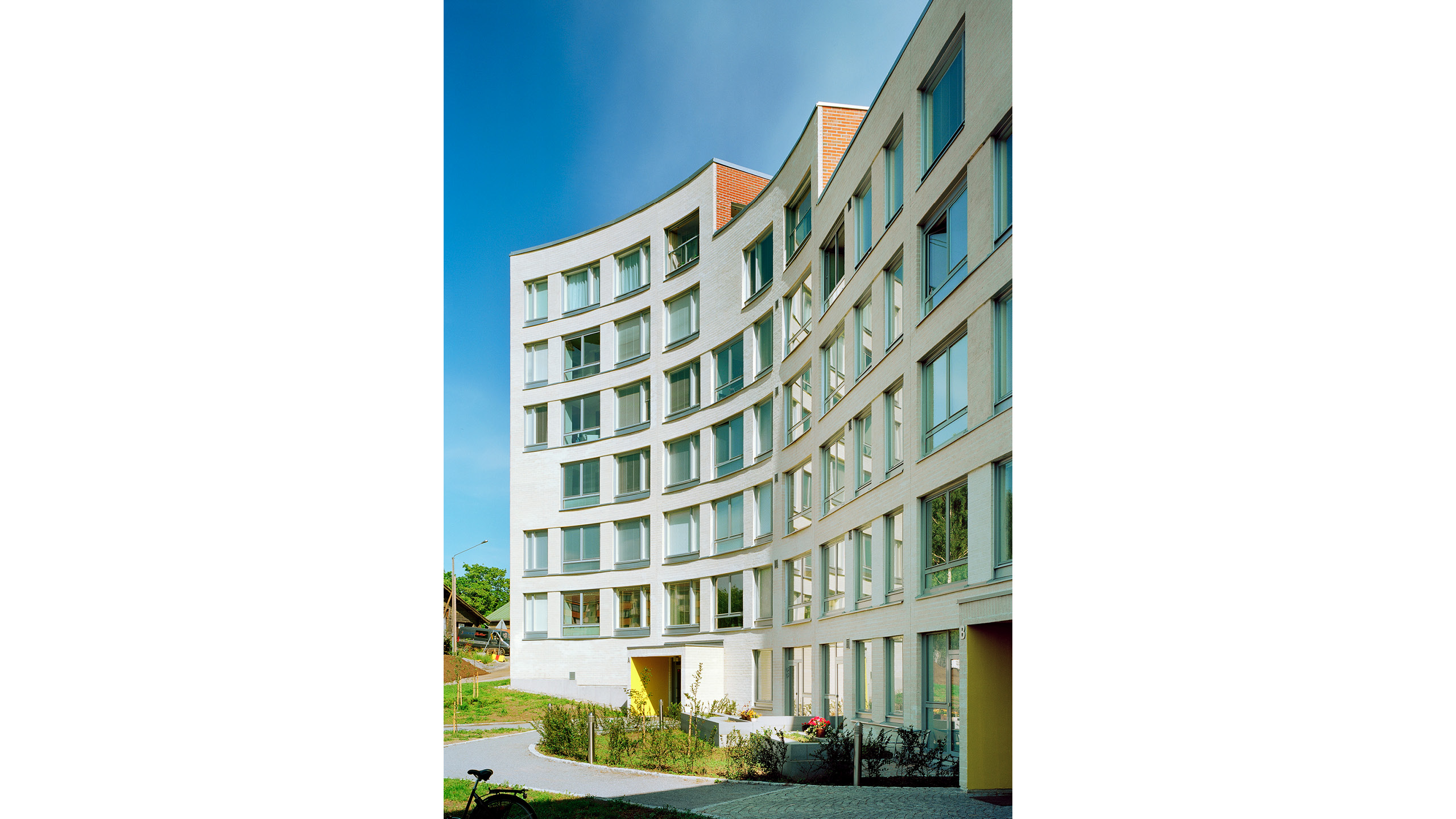 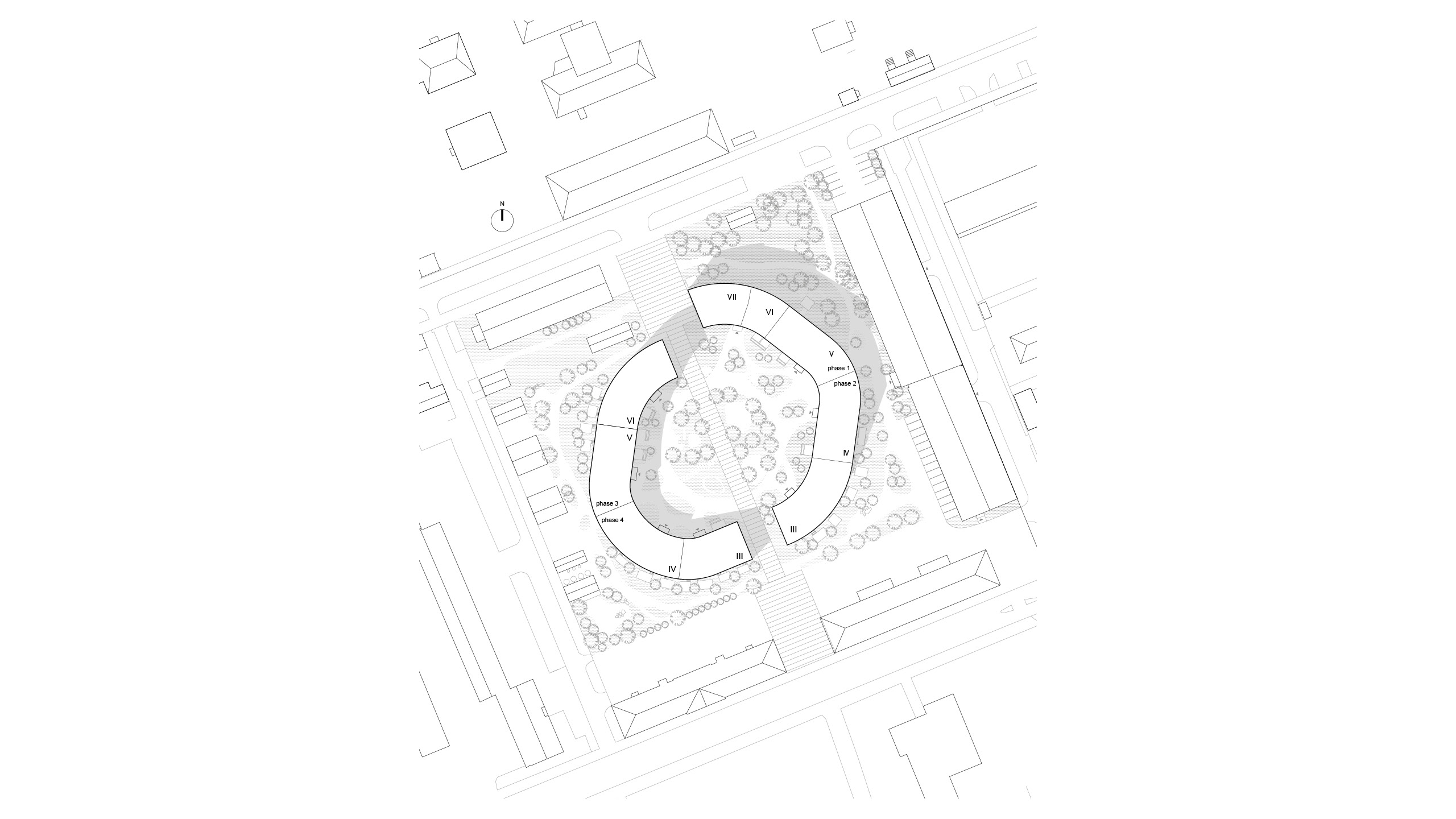 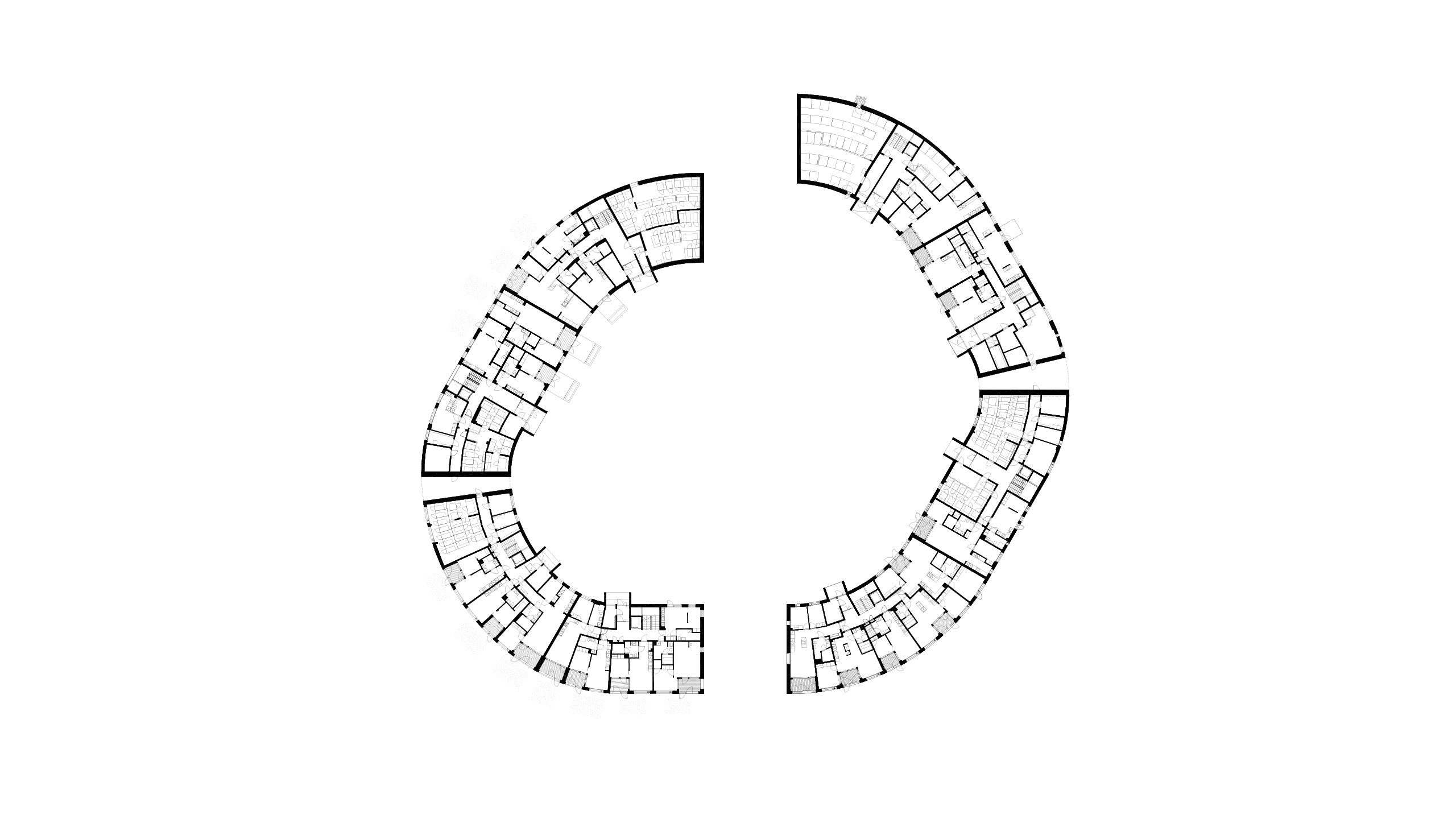 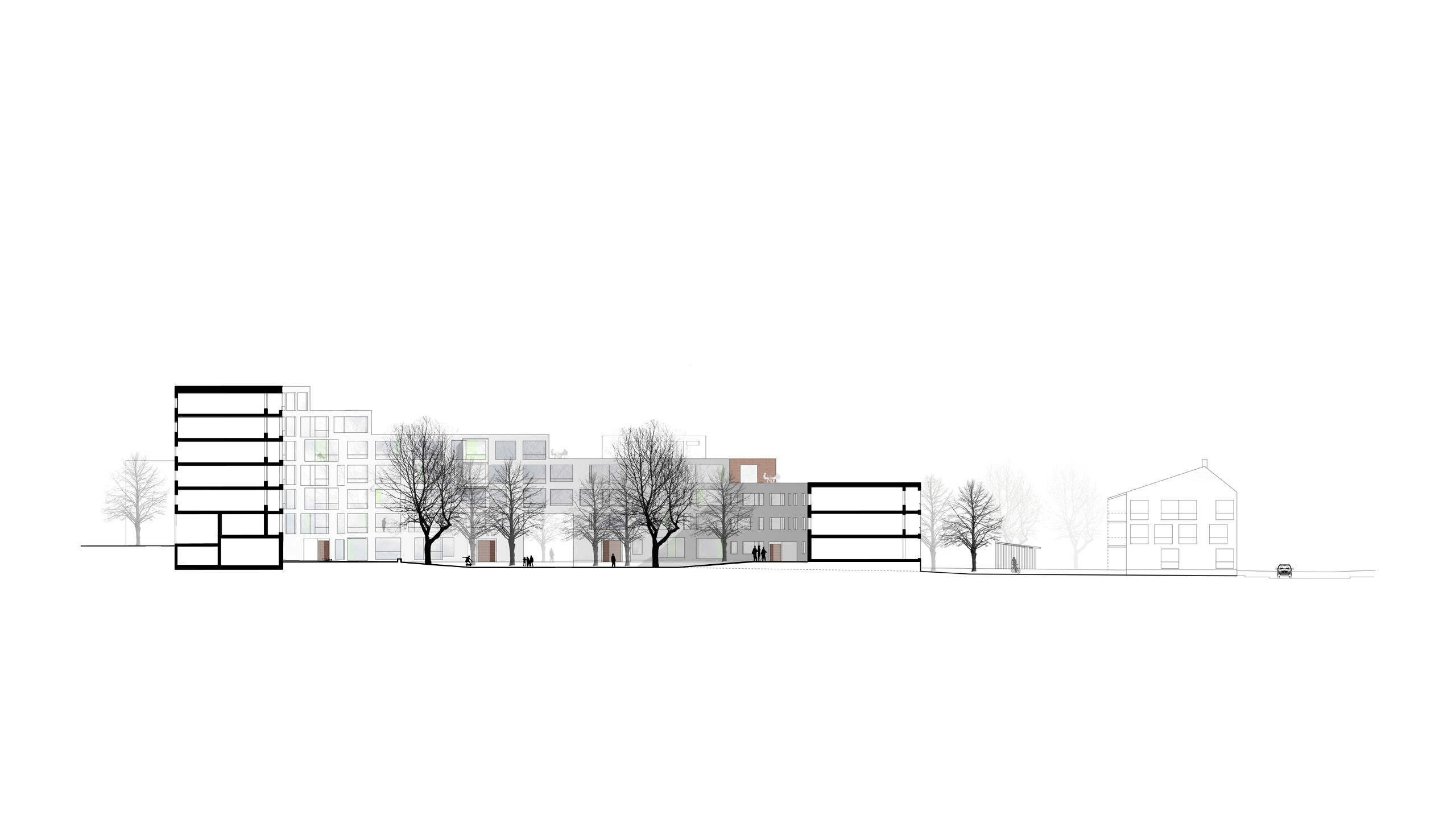 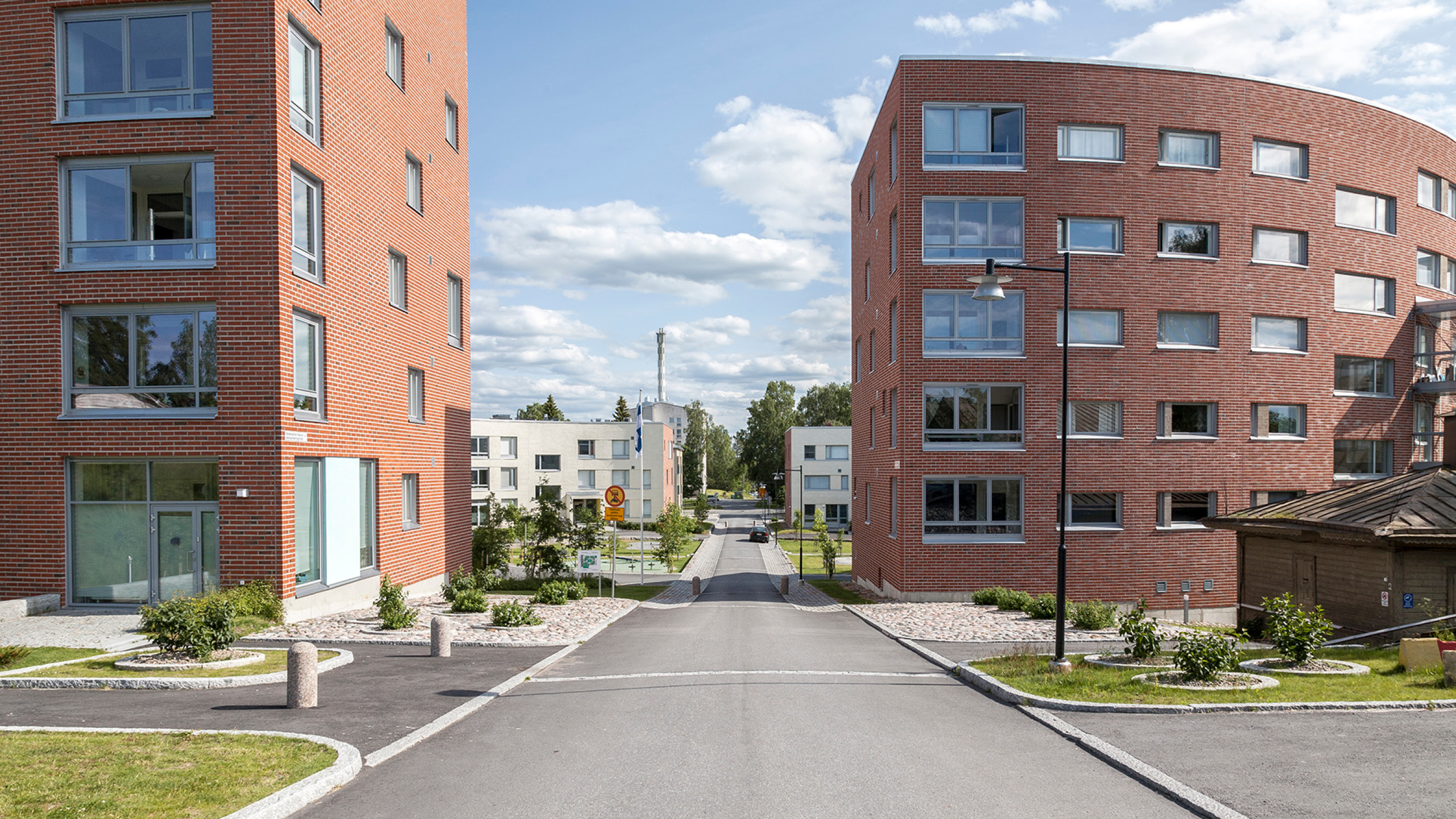 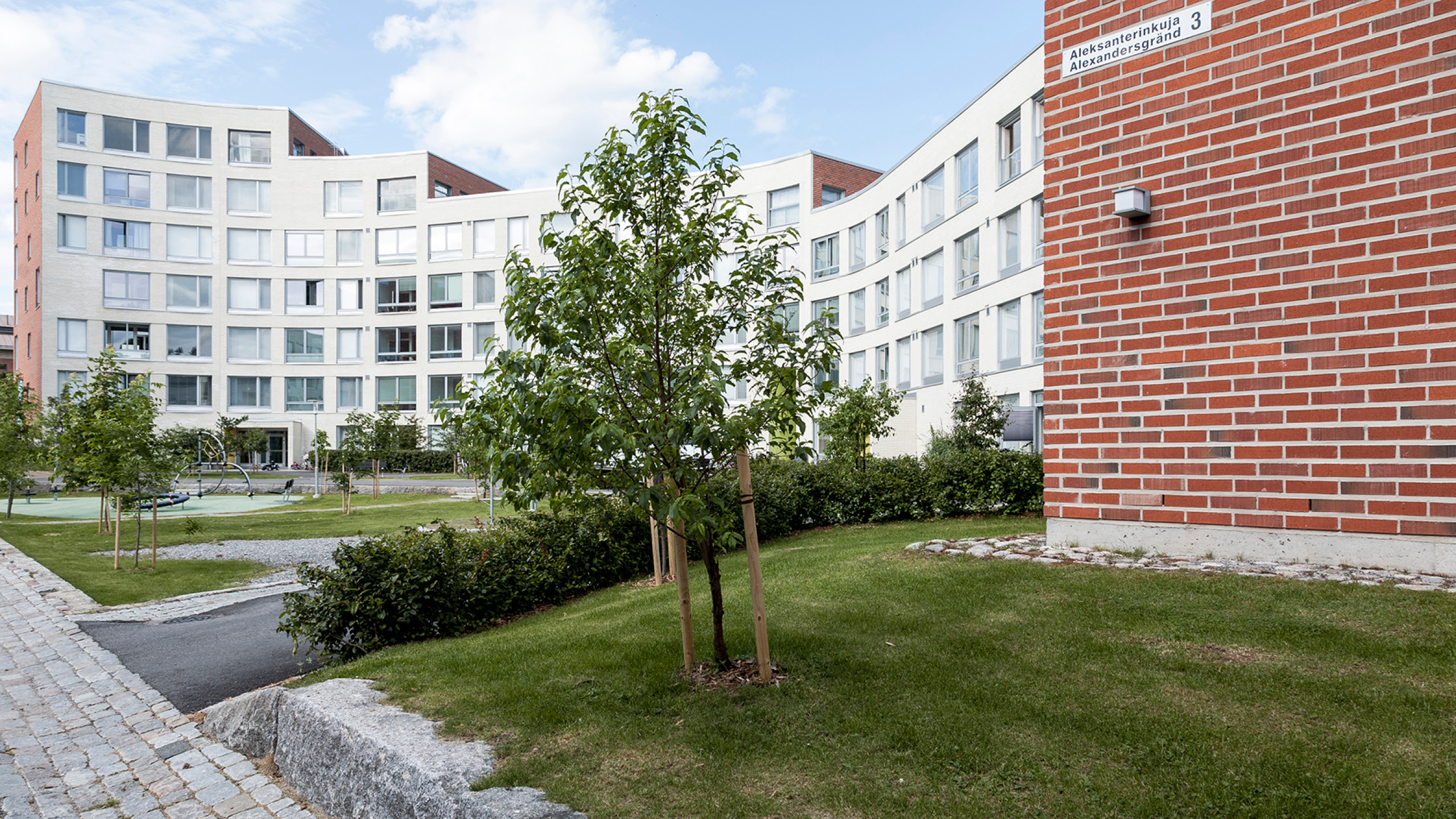 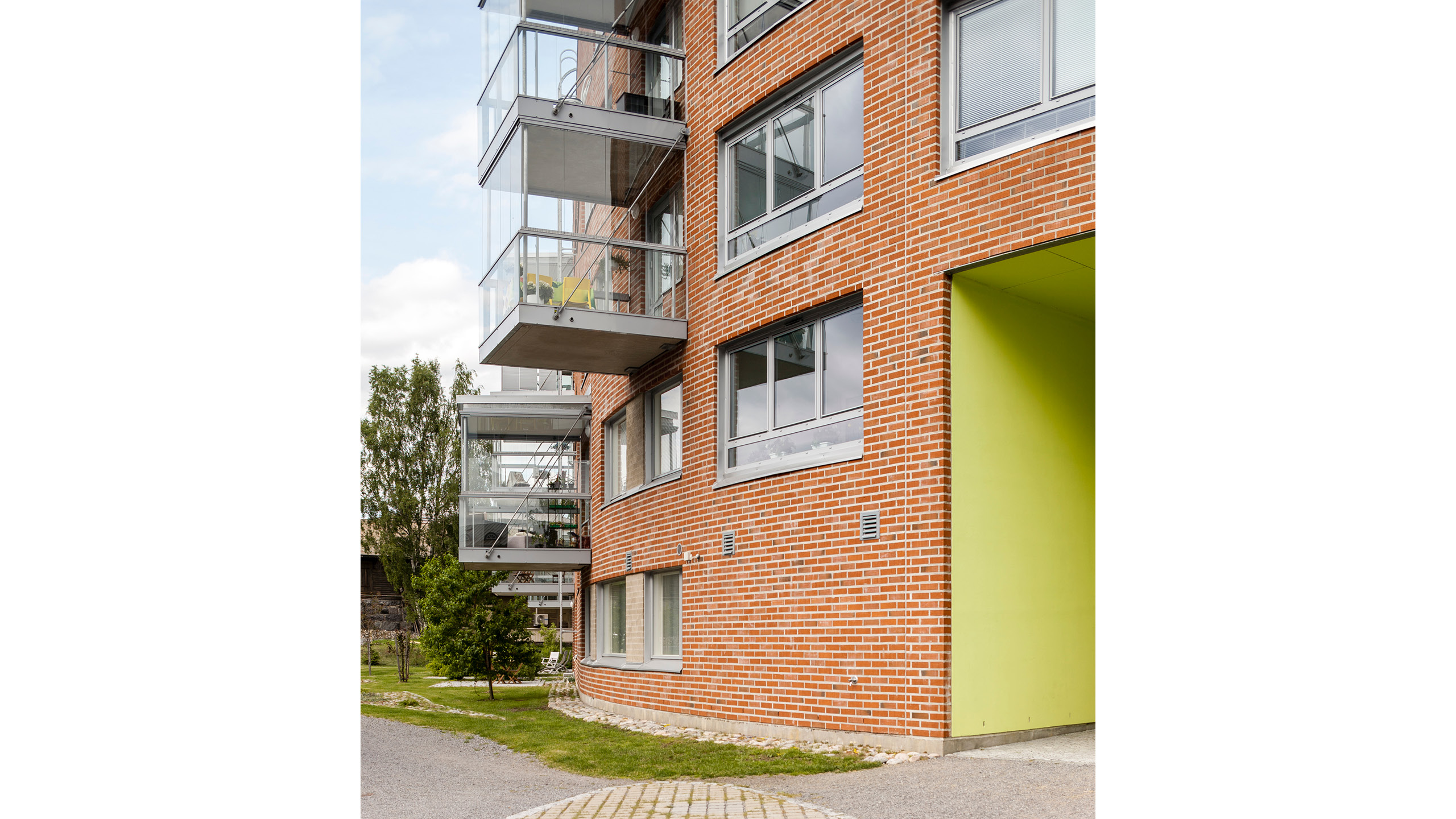 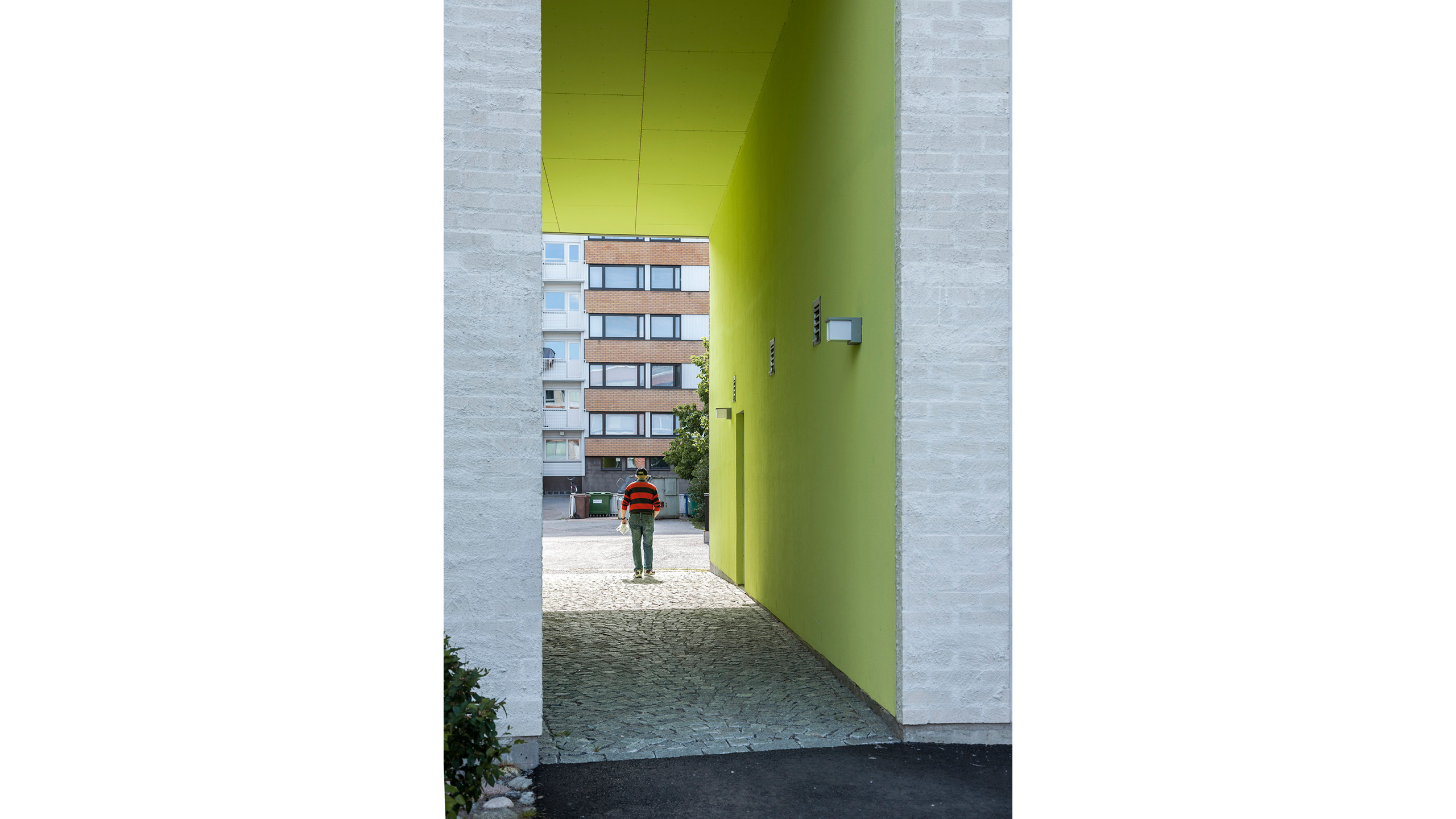 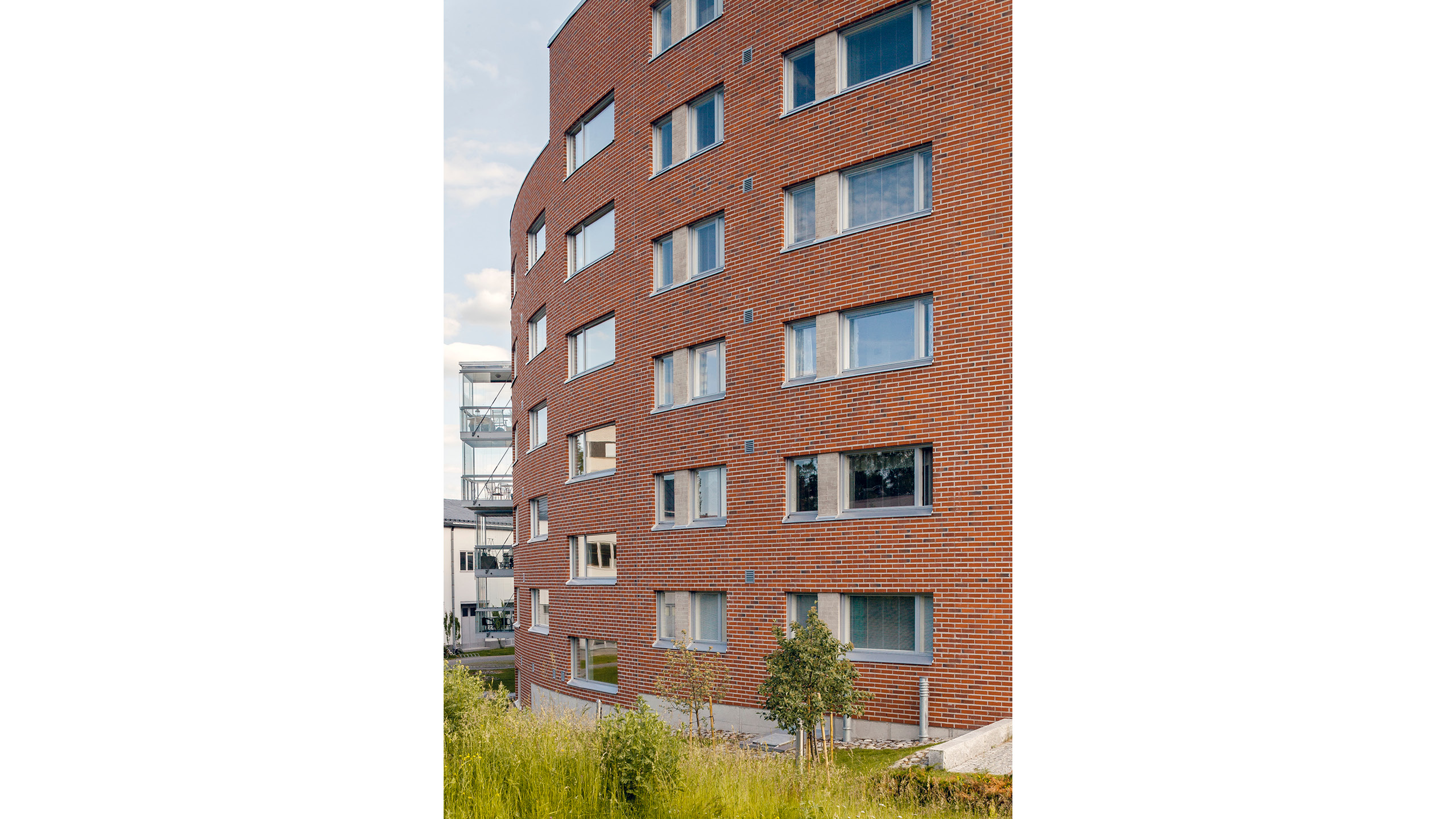 The building is located in the heart of Vaasa, a middle-sized city in the western Ostrobothnia. The design was selected through a plot allocation competition to replace a former army barrack on the site. The building reinvents the usual composition of town blocks in the open grid system that shapes the older Vaasa city: instead of approaching the task in the traditional manner, setting the building on the block´s edge, the Kompassi embraces the yard with two curvy masses. The main access is defined by a slight distance between the two buildings, while further access is provided by two colourful portals on the east and west sides.

The inner yard forms a platform with separate “islands” hosting playgrounds, bicycle racks and vibrant vegetation, creating an intimate yet welcoming space for meeting, chatting and playing. The ground floor offers room for apartments as well as storage space and some smaller units to be rented out as local shops. The flats on the other floors have semi-heated balconies popping out of the dark-red brick surface of the building and overhanging the garden as transparent boxes in the city-scape. As the external wall with its red brick blends in with the textures of surrounding city, the bricks on the façade overlooking the inner-yard are plastered in white, adding an element of brightness to the yard itself.

The height of the two buildings is modulated, with up to 7 floors in the northern part and progressively lowering down to three floors in the southern part. In this way, larger terraces are carved in the higher flats and there are more windows placed in the southern facades of higher apartments. The combination between height differences and the alternation of dark and bright colours break the compactness of the block and create a lively sky-line.

“The “fortress” formed by the Kompassi building is a fitting metaphor for a project that completes the block and restores its integrity. It adds an element of firmness to the incoherent environment, generates the image of security and community, while providing a compass direction for the future. (…)” H. Aitoaho, “Fortress”, Ark Review, n.5, 2013.