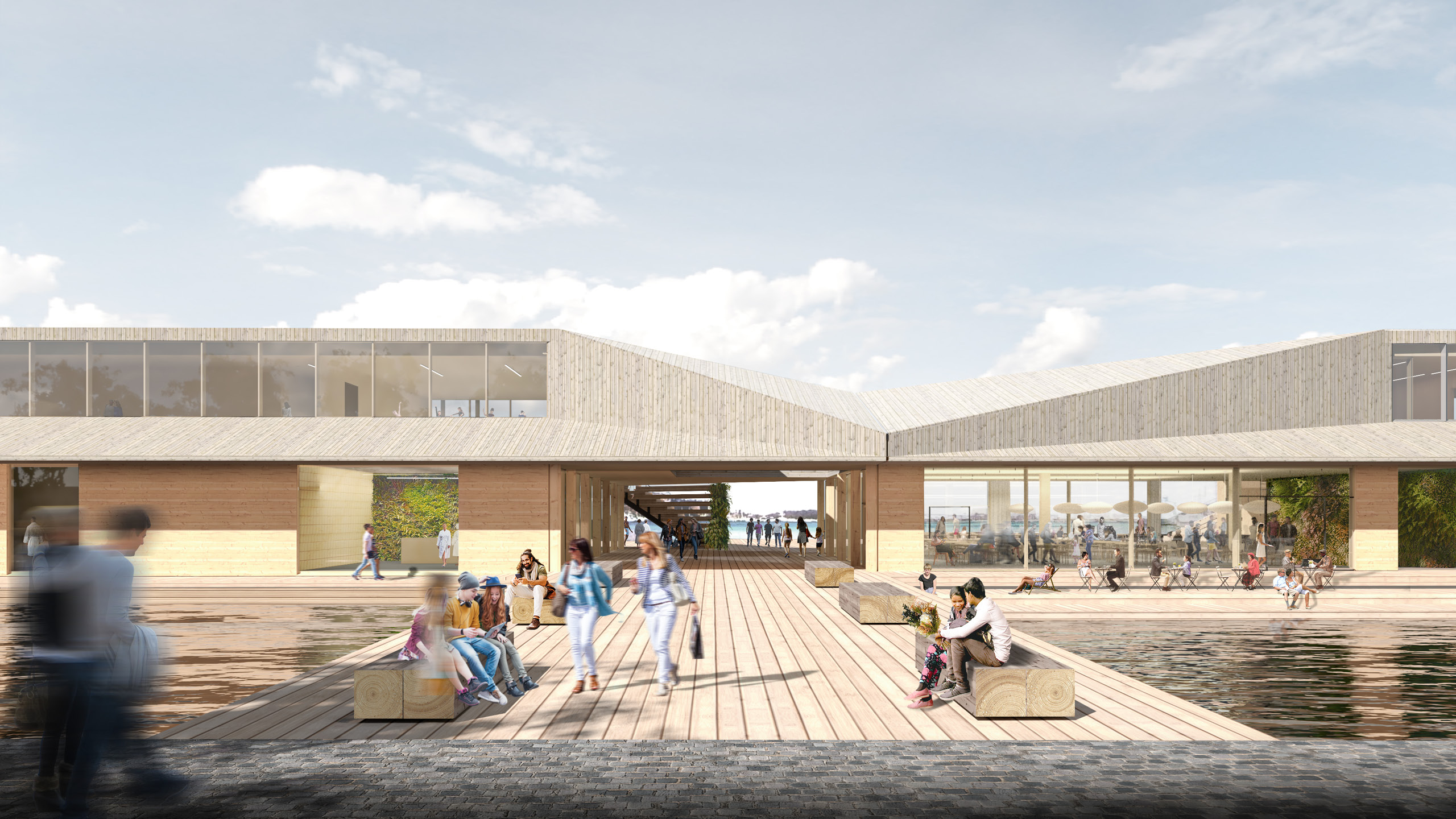 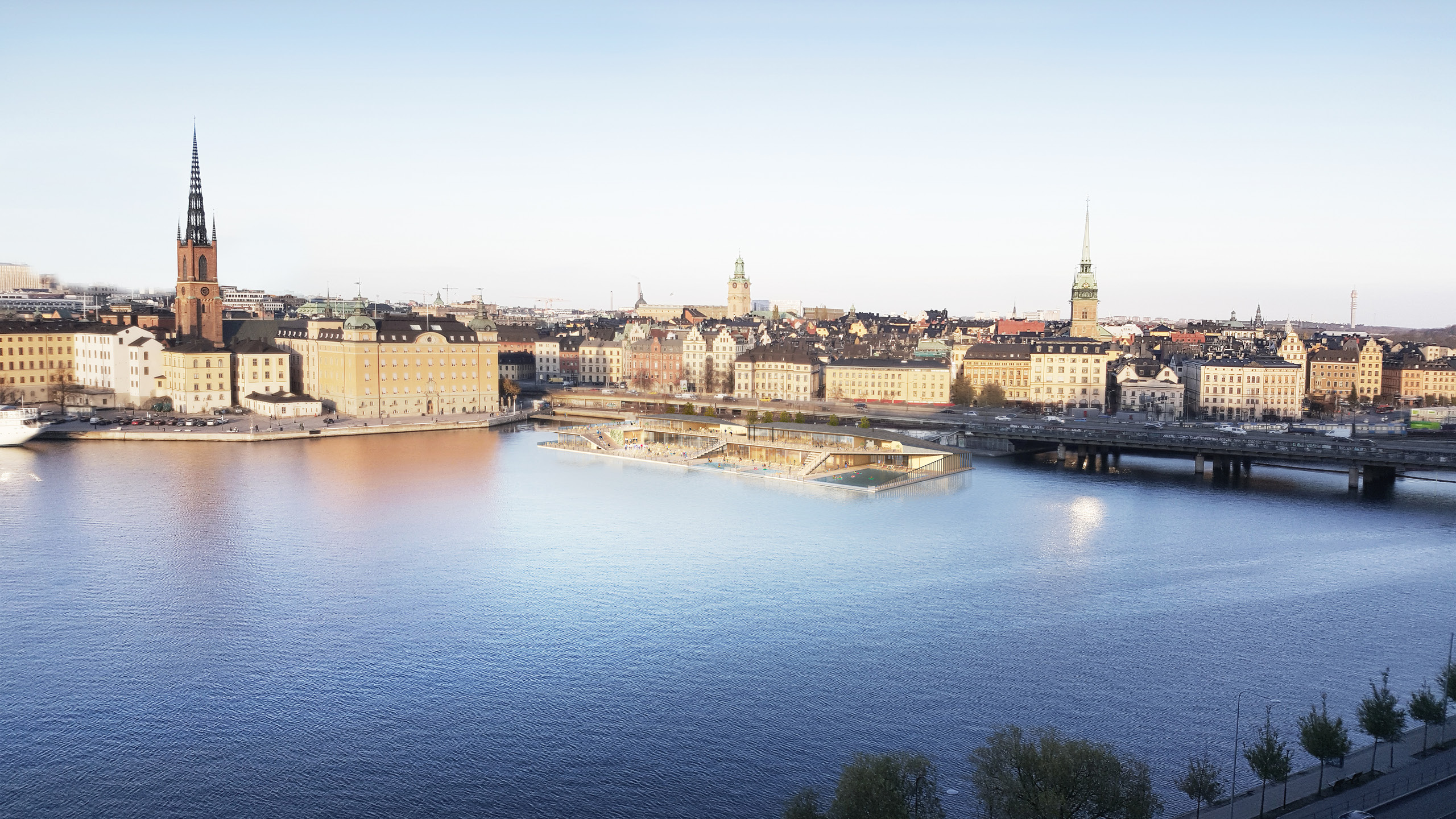 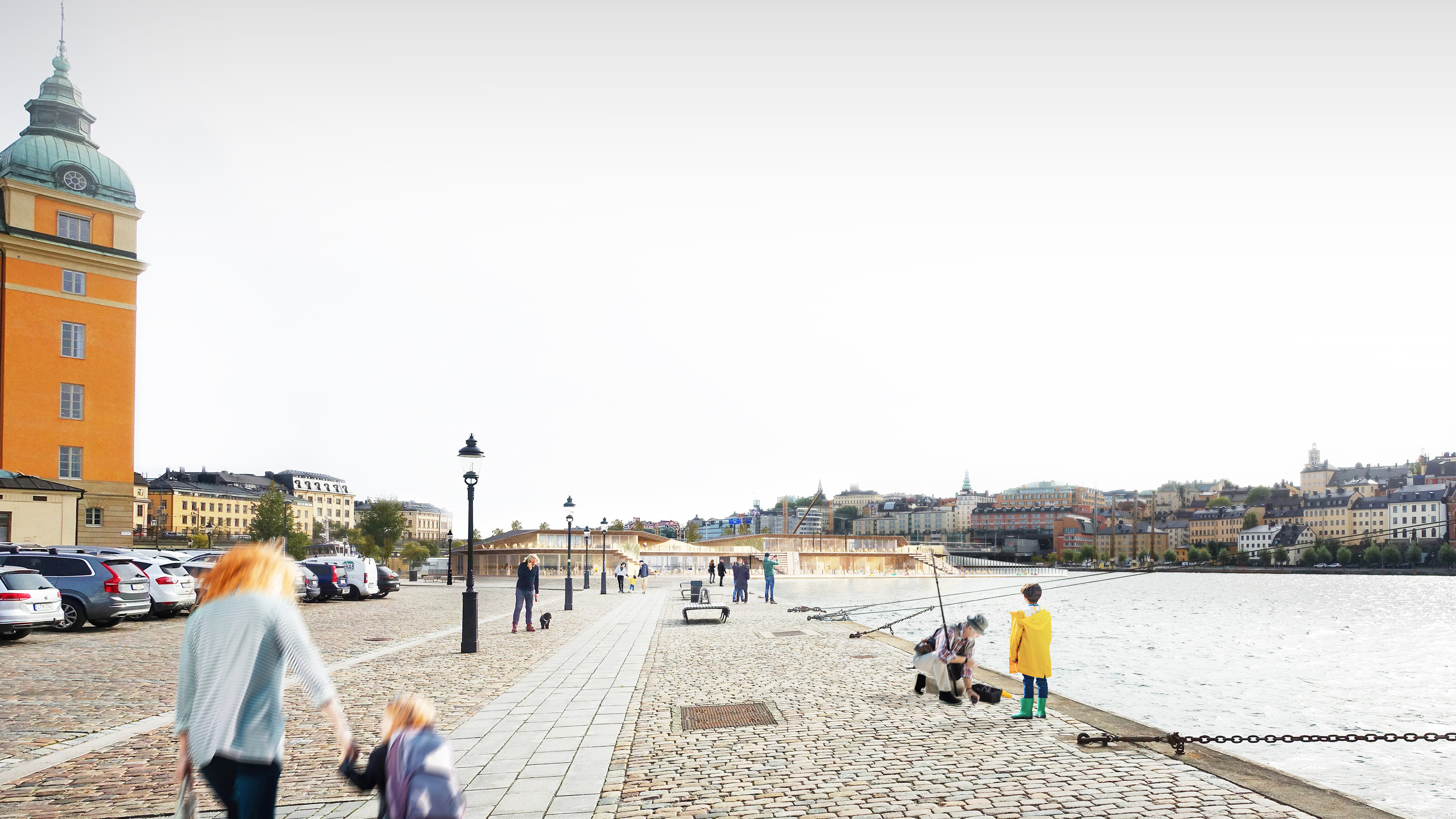 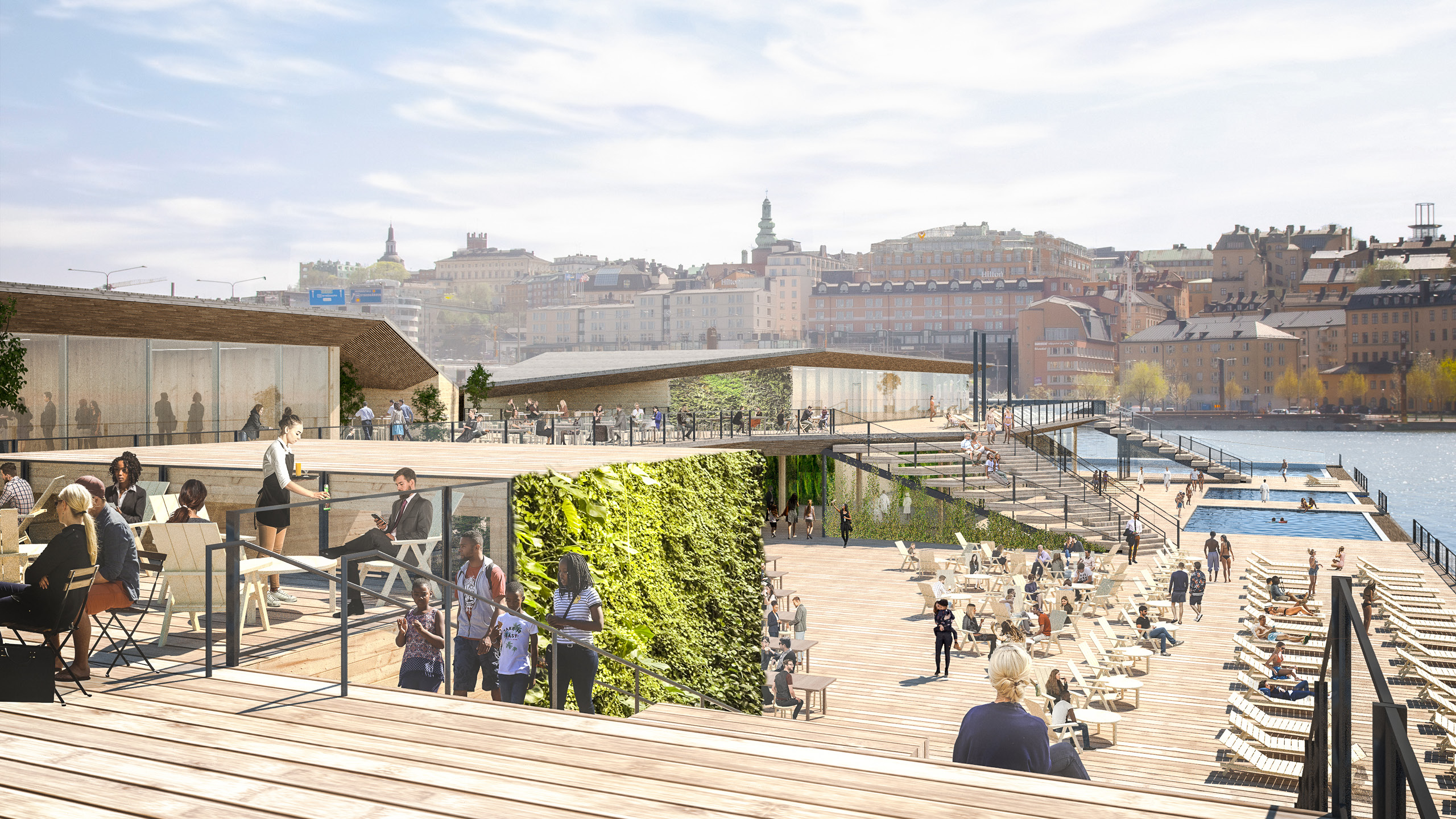 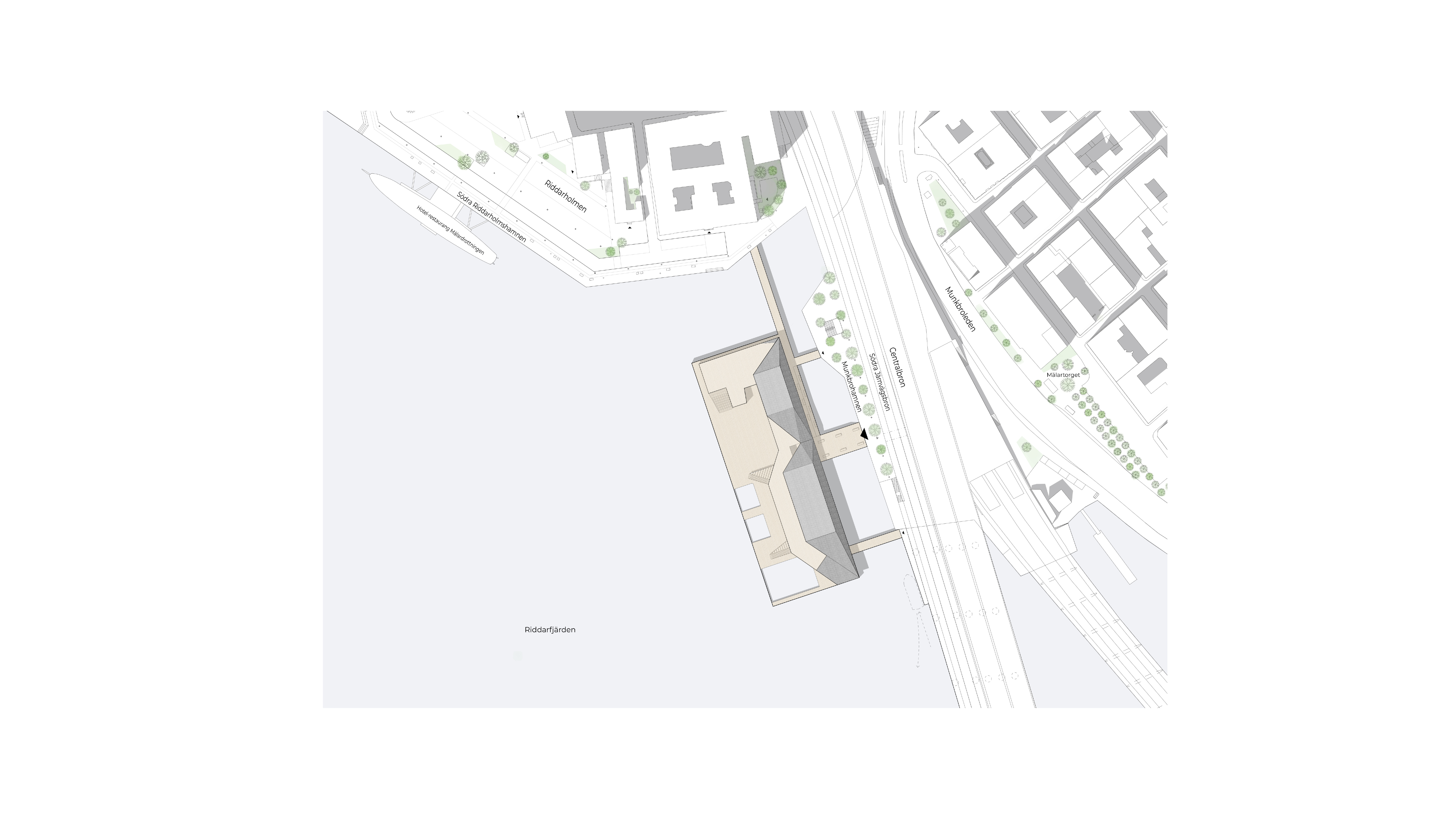 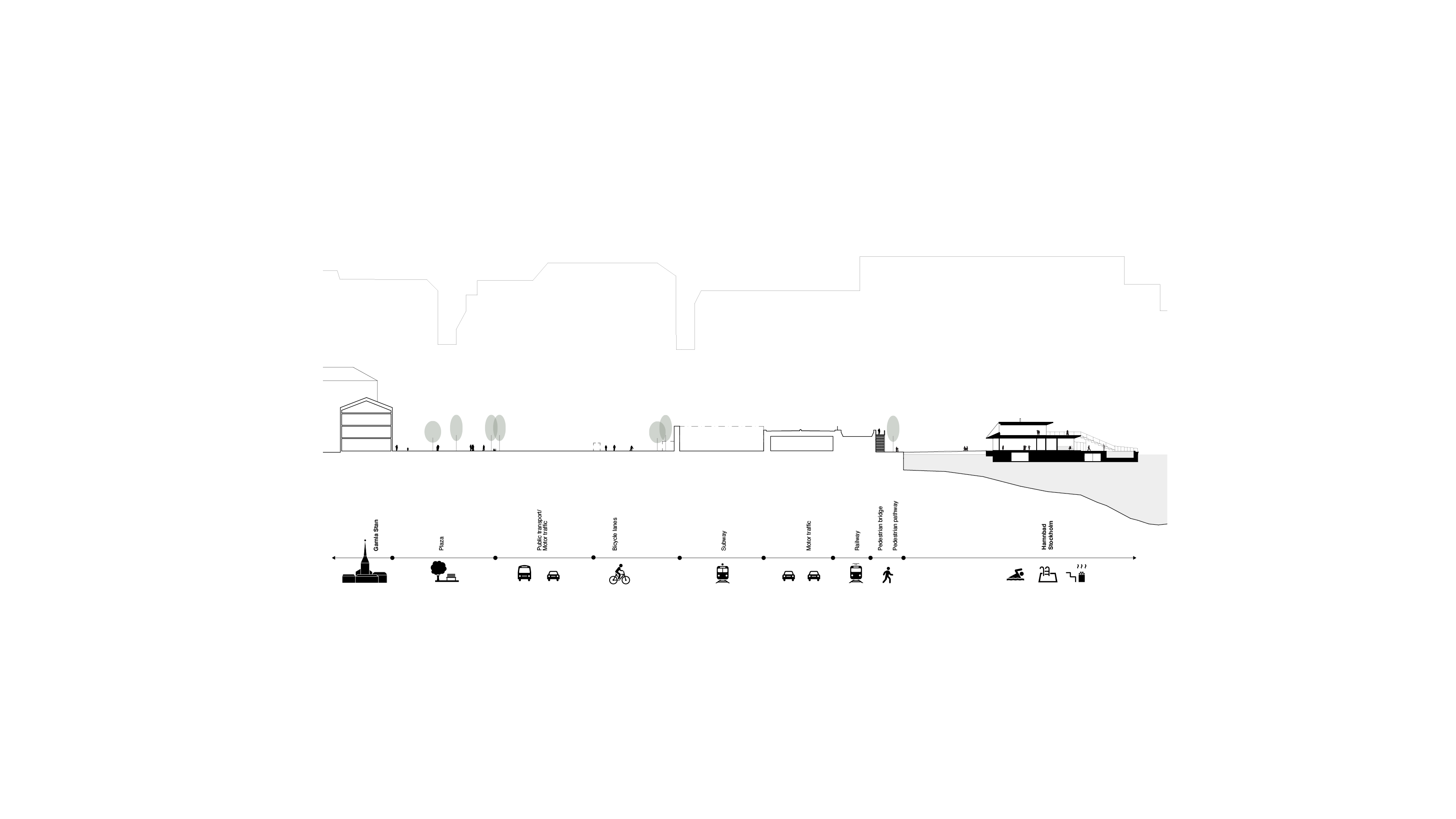 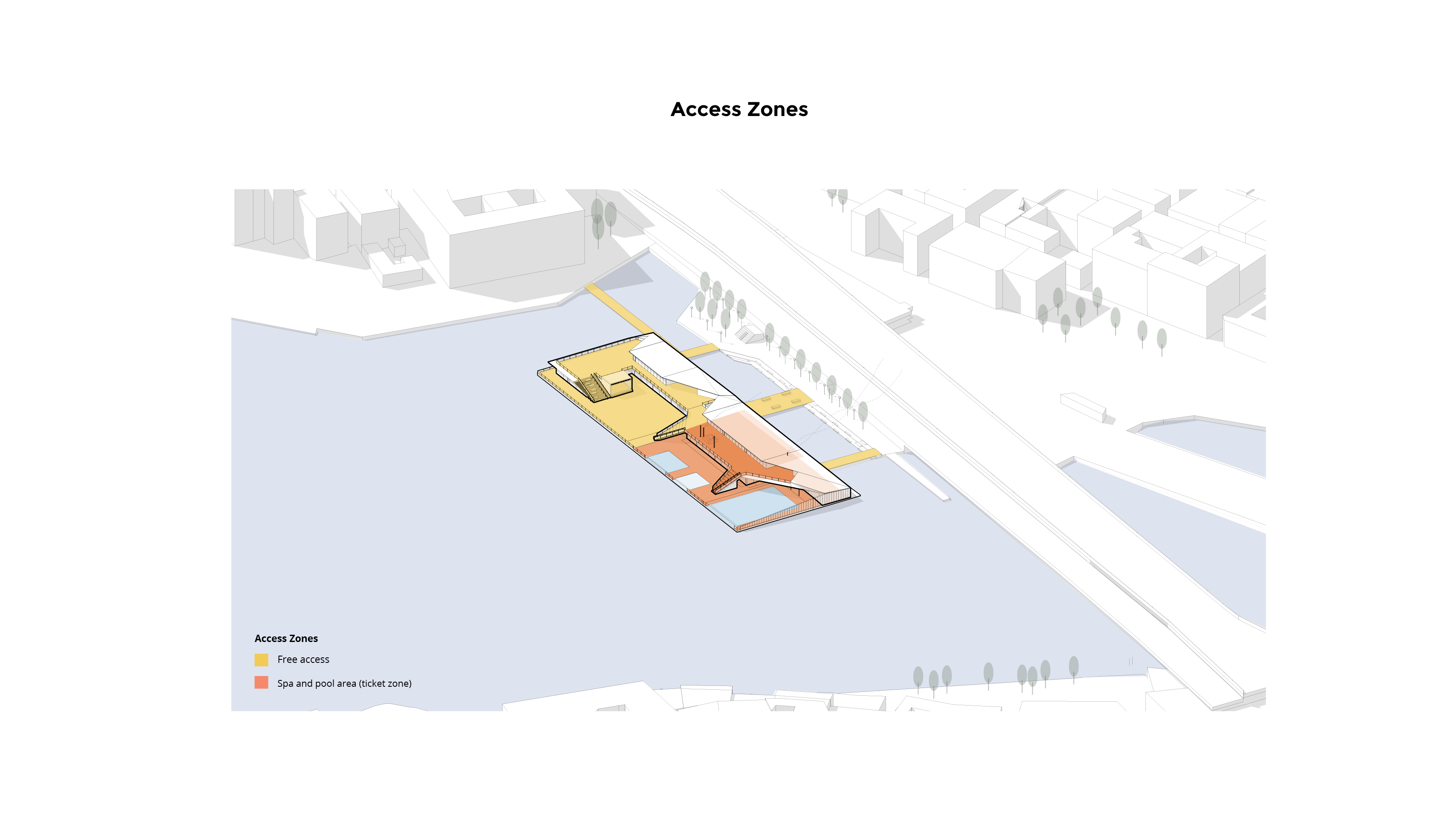 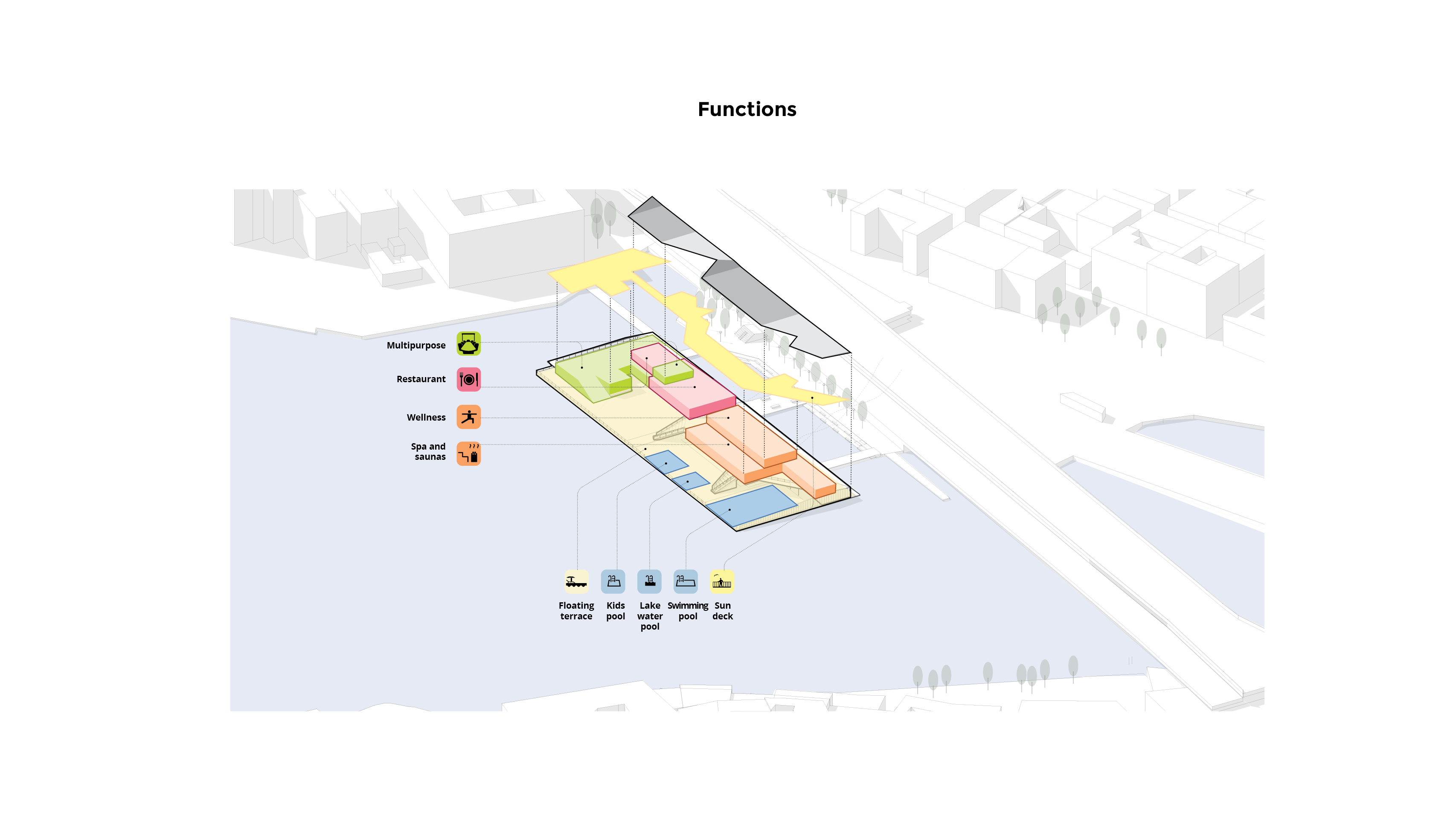 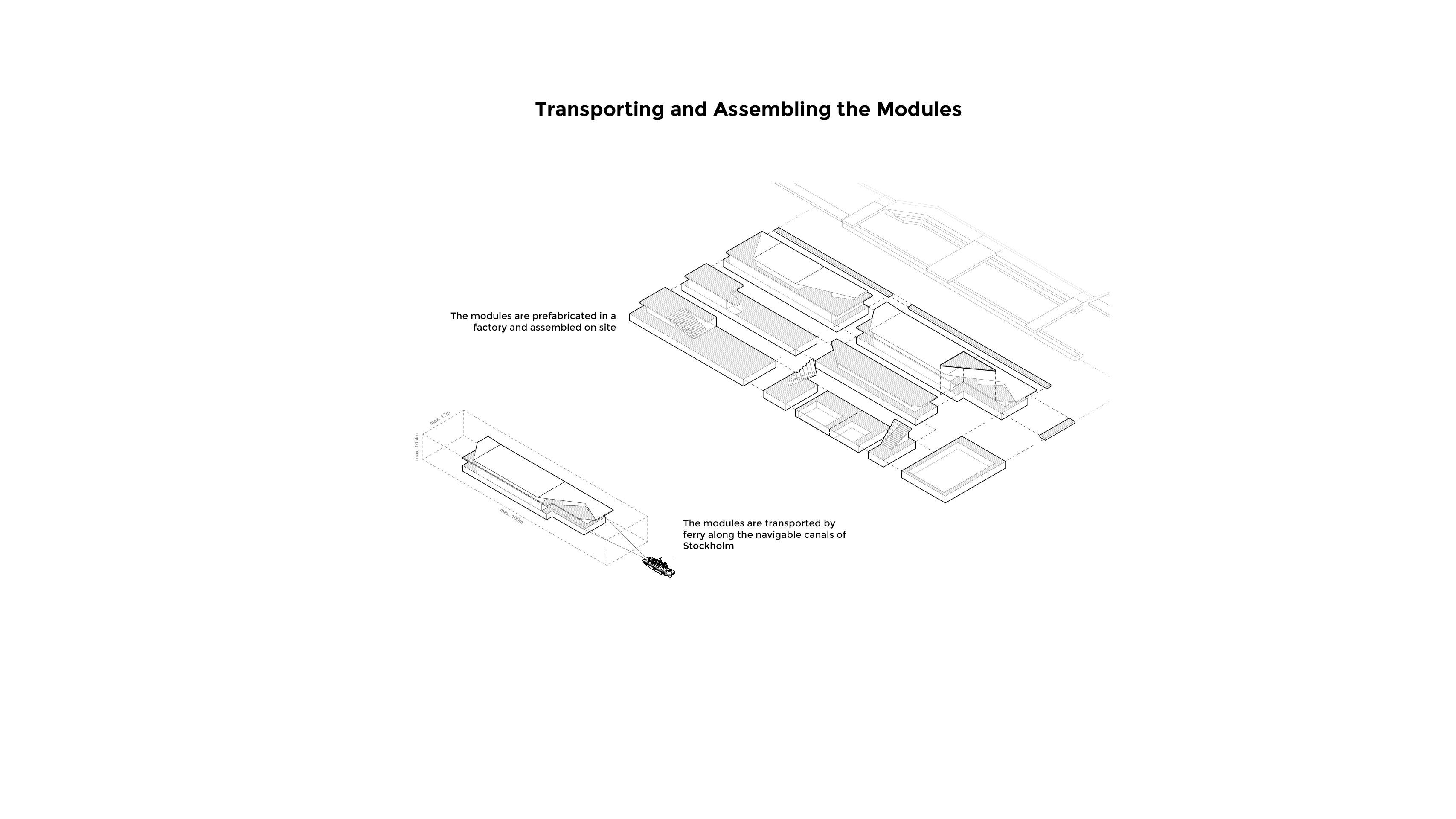 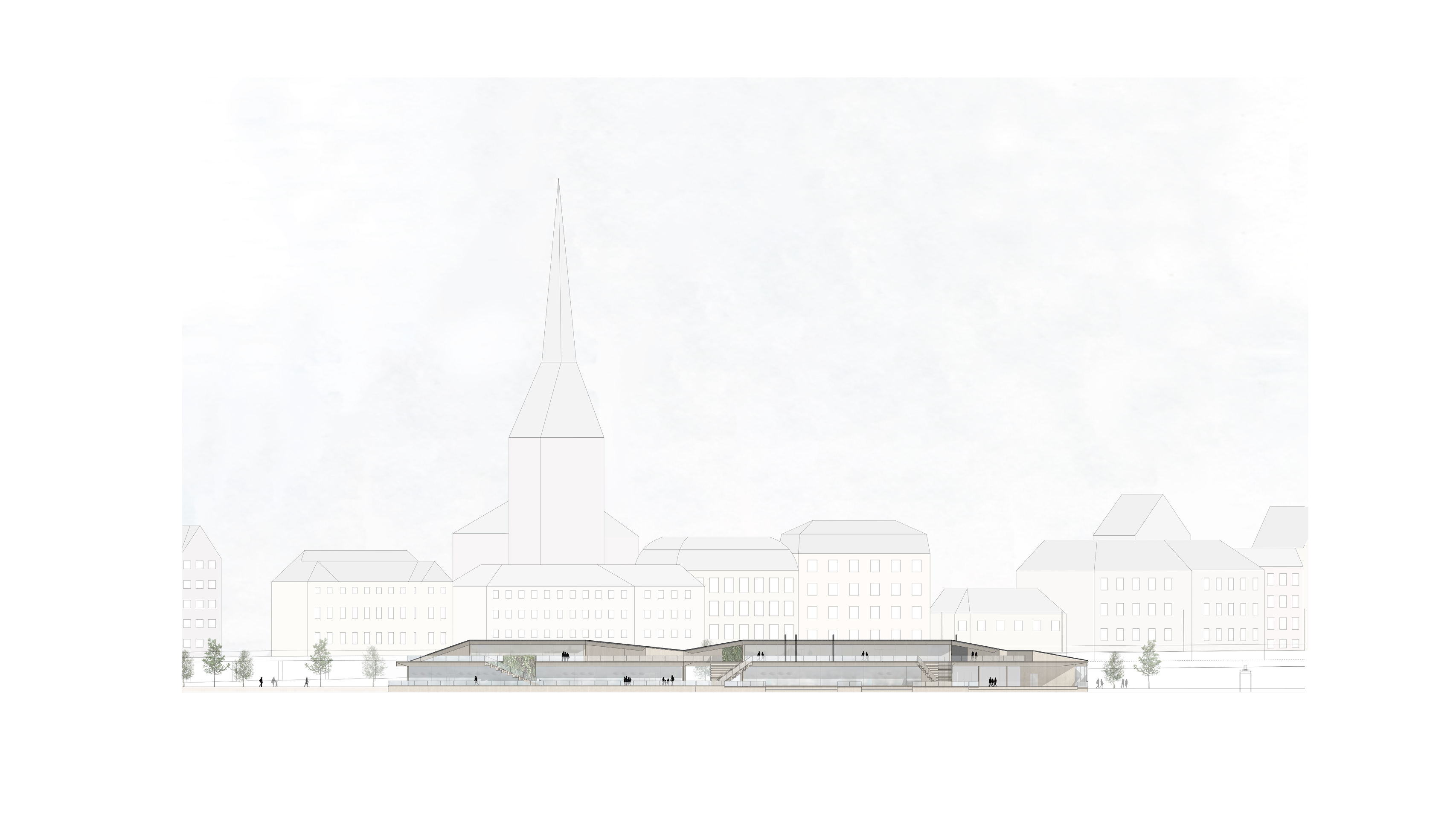 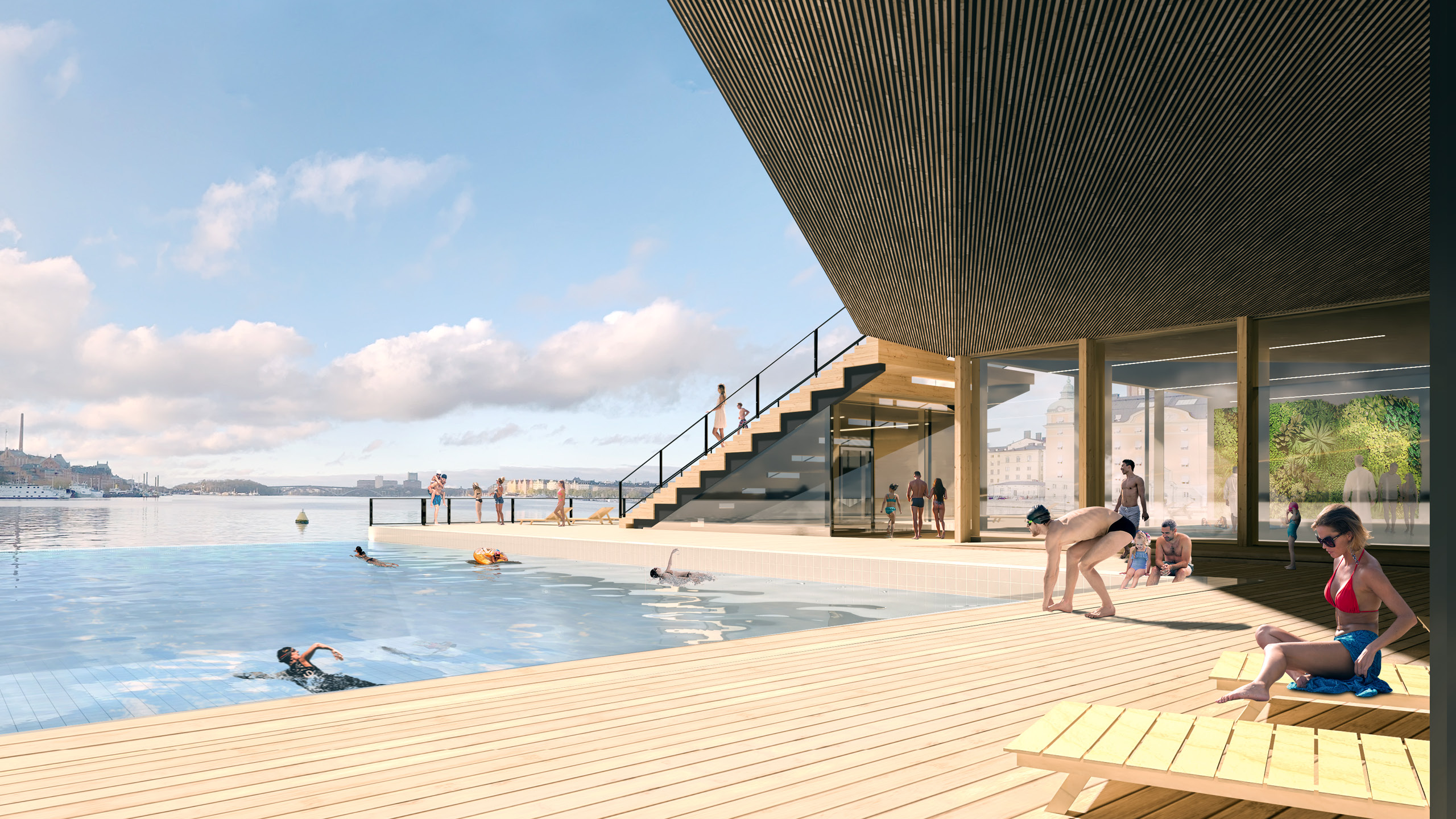 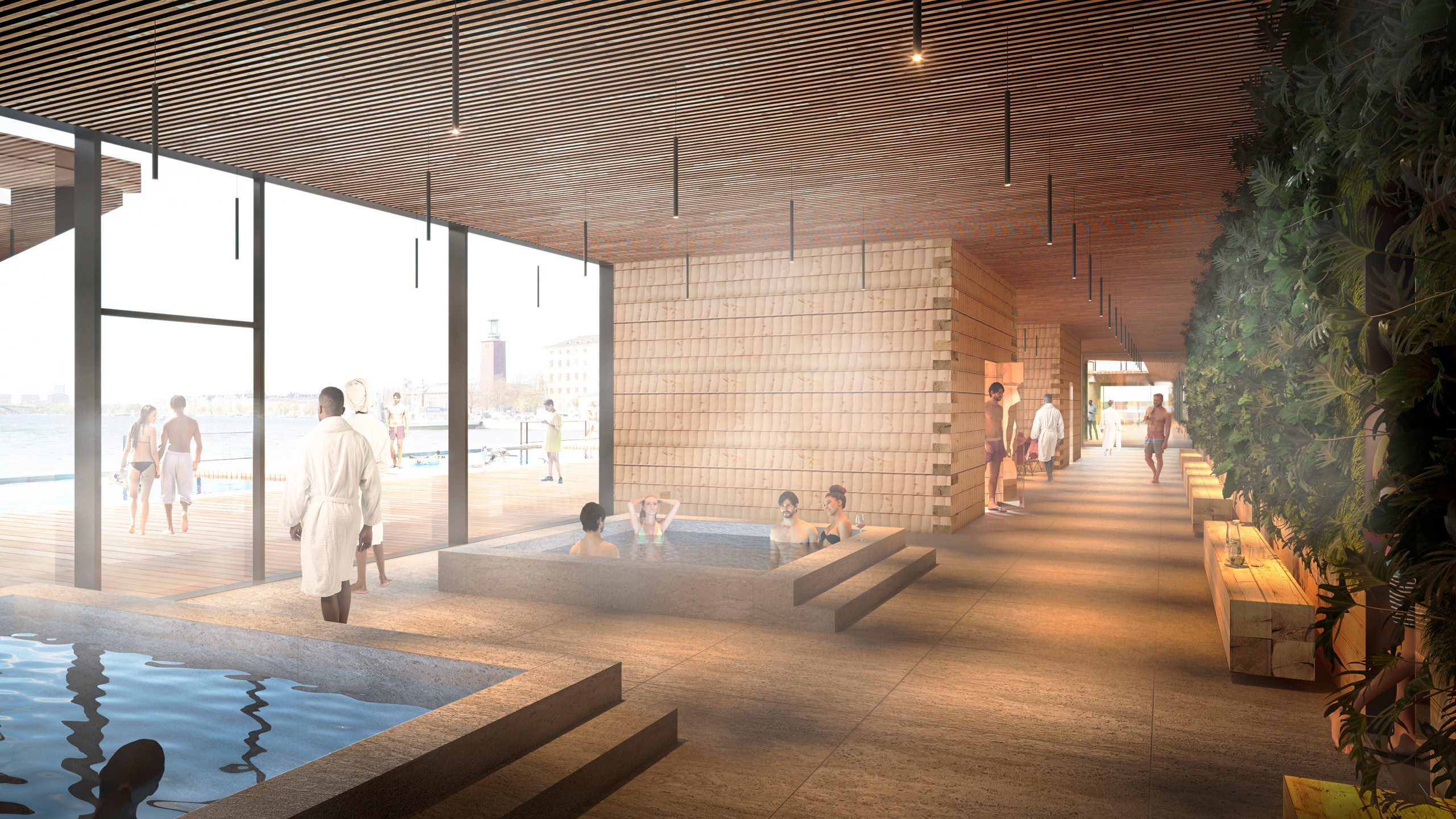 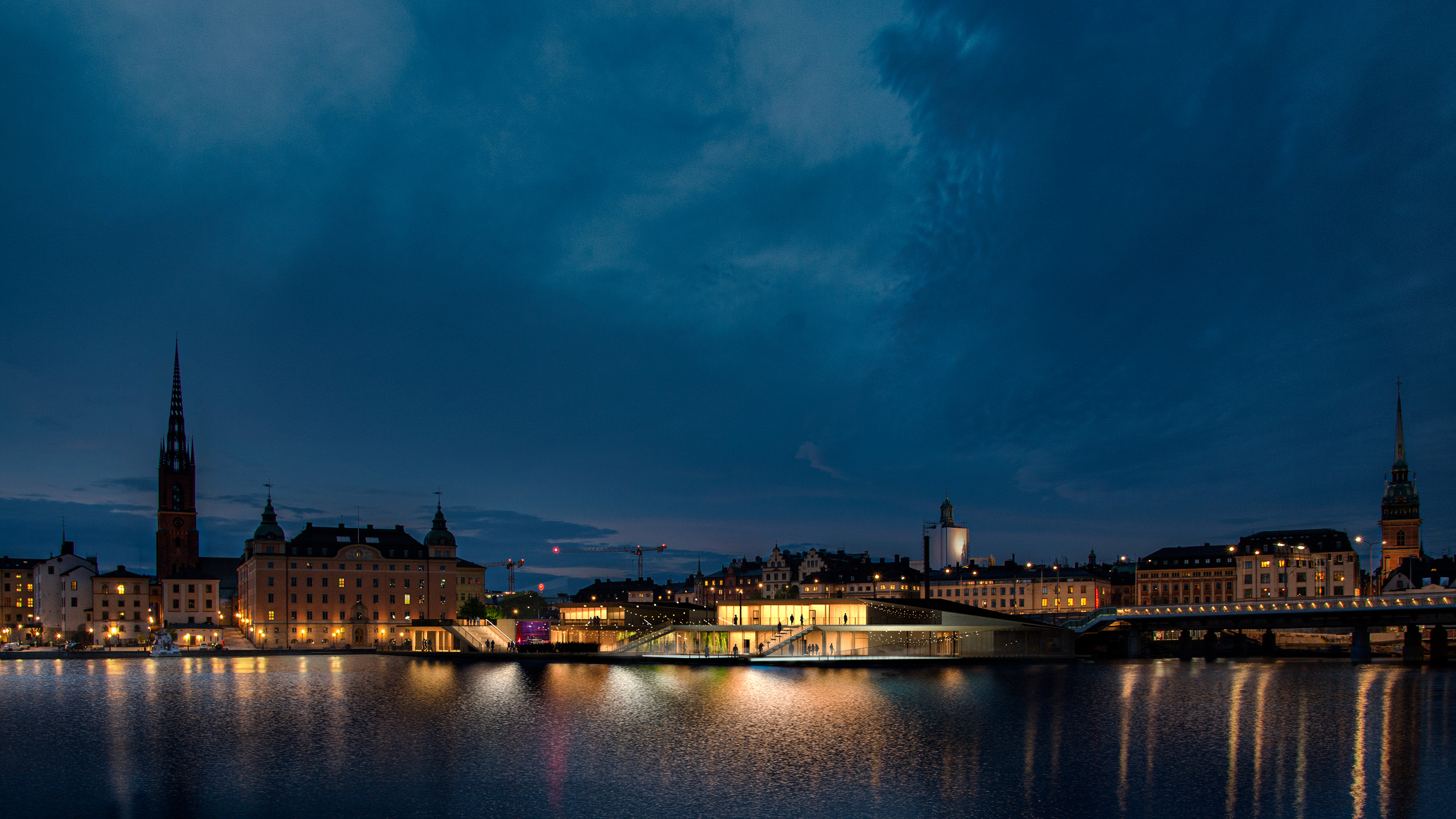 The Hamnbad Stockholm is a floating pool to be built in Munkbrohamnen in downtown Stockholm. It is based on the competition winning Architectural Global Concept developed by OOPEAA for the Allas Sea Pool Family by Nordic Urban. The project is slated to be ready to welcome bathers and citizens to enjoy all-year-round outdoor swimming, sauna, and the shoreline views in the heart of the city in 2023. With several outdoor pools, saunas as well as a combination of spaces that are freely open to the public and several flexibly adaptable spaces to be used for a range of activities, the Hamnbad Stockholm will provide a new platform of public space in the city and activate the relationship of the city with the sea in a new way.

Taking the Global Concept as its basis, Hamnbad Stockholm combines the experience of contemplation on nature and healthy physical activity with the social aspects of life in a city. It is located in the heart of the city between Munkholmen, a part of town that traditionally has served as a key node for gathering and trade, and Riddarholmen, a place with a long history of outdoor bathing facilities. Public bathing used to an important element in the urban landscape of Riddarholmen until the 1930’s when cold bathing facilities were banned due to concerns with poor wastewater treatment. Since 2000, small public saunas and cold bathing clubs have again started to emerge around the city center, and since 2015 the redevelopment of the coastline around the Slussen exchange has aimed at re-inviting locals and tourists to enjoy the shores in the city.

Hamnbad Stockholm extends the urban public space in the heart of the city by introducing a new structure over the water. In a juncture where the sweet water of Lake Mälaren meets the salt water of the sea, it makes it possible to create new connections between Riddarfjärden and the surrounding neighborhoods of Gamla Stan, Slussen, and Södermalm. It introduces a new possibility to develop access to water and invites people to experience the shoreline as an important element of the city. The Hamnbad is easily accessible by various means of public transportation, including the pendle boats, as well as by foot, bicycle, and car. Access for maintenance and emergency needs has been carefully accounted for in the design.

The Hamnbad serves as a place of social gathering with an open view connecting the city and the water. It offers a rich variety of activities grouped into four areas. The program consists of two types of indoor areas, one containing the saunas and the spa, and the other featuring a restaurant, a cafeteria and multipurpose space for events, as well as two types of outdoor areas, one with pools and sundecks, and the other with terraces. While a ticket is required to enter the pools, the terraces and viewing decs are freely open to the public. In the pools it is possibly to swim under the open sky all year round. The concept of the Hamnbad is not only about functions, but also about the ease of choreography and about framing views and vistas. It activates the presence of the water as an important part of the identity of the city and opens an access to the water in a part of the city that has previously been considered an unpleasant place to avoid.

Hamnbad Stockholm has been carefully designed to relate to the surrounding city scape and the roof scape of the city. With its compact structure, it harmoniously takes its place in the landscape. The height of the two-story building has been carefully adjusted to line up with the height level of the bridges and to stay low in order not to disturb the sightlines and the skyline of the city. Upon arrival, the transparency and openness of the structure helps to link the city and the water into one continuity. Leaving open the views towards Riddarholmen, Söder Mälarstrand, and Lilla Trädgården, it livens up the scenery when seen from the Pustergränd angle. The orientation of the floating structure is designed to maximize sunlight during different times of the day.

The materiality of the wooden structure creates a pleasant and lively place that activates the previously under-utilized spot in the city. With gray wooden surfaces on the terraces and roofs and warm light color wood in the sheltered areas and in the interiors, the color scale of the floating structure has been carefully designed to work in dialogue with the buildings in the surrounding neighborhood. The form and the volume of the structure have been arranged to work in the relation to the silhouette of the city in the background, and the size has been tailored to fit harmoniously in the overall landscape of the area.

The structure will be made of wooden CLT modules. The modules will be prefabricated and prepared to minimize the need for onsite work. They will be brought to site ready to be plugged in. The size of the modules is designed so that they can be transported onto the site by waterways through the Hammarbyslussen. The building permit is a ten-year permit for a temporary structure. After the ten-year period, it is possible to move the structure to an alternative site if it is so desired. The modular wooden structure has been intentionally designed to accommodate disassembly and transportation over waterways to a different site for re-assembly.

Hamnbad Stockholm is part of the Allas Sea Pool family, and it is a product of collaboration between Nordic Urban Ltd, Bluet Ltd, and several other operators. The first Allas Sea Pool was completed in Helsinki in May 2016. After the pilot phase, the Sea Pool Family is now expanding both nationally in Finland and internationally around the world with a series of new sea pools based on the Global Concept developed by OOPEAA.