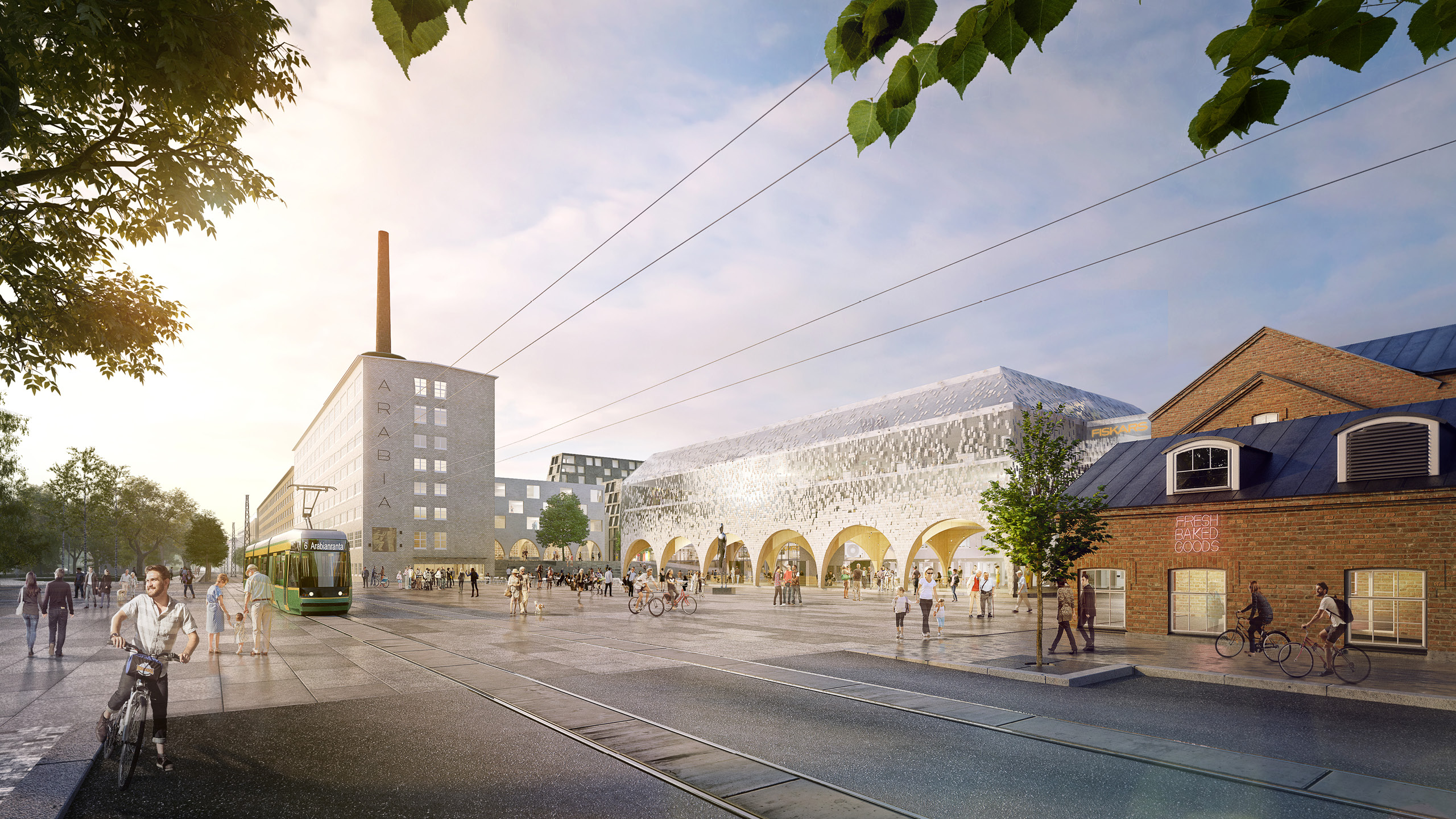 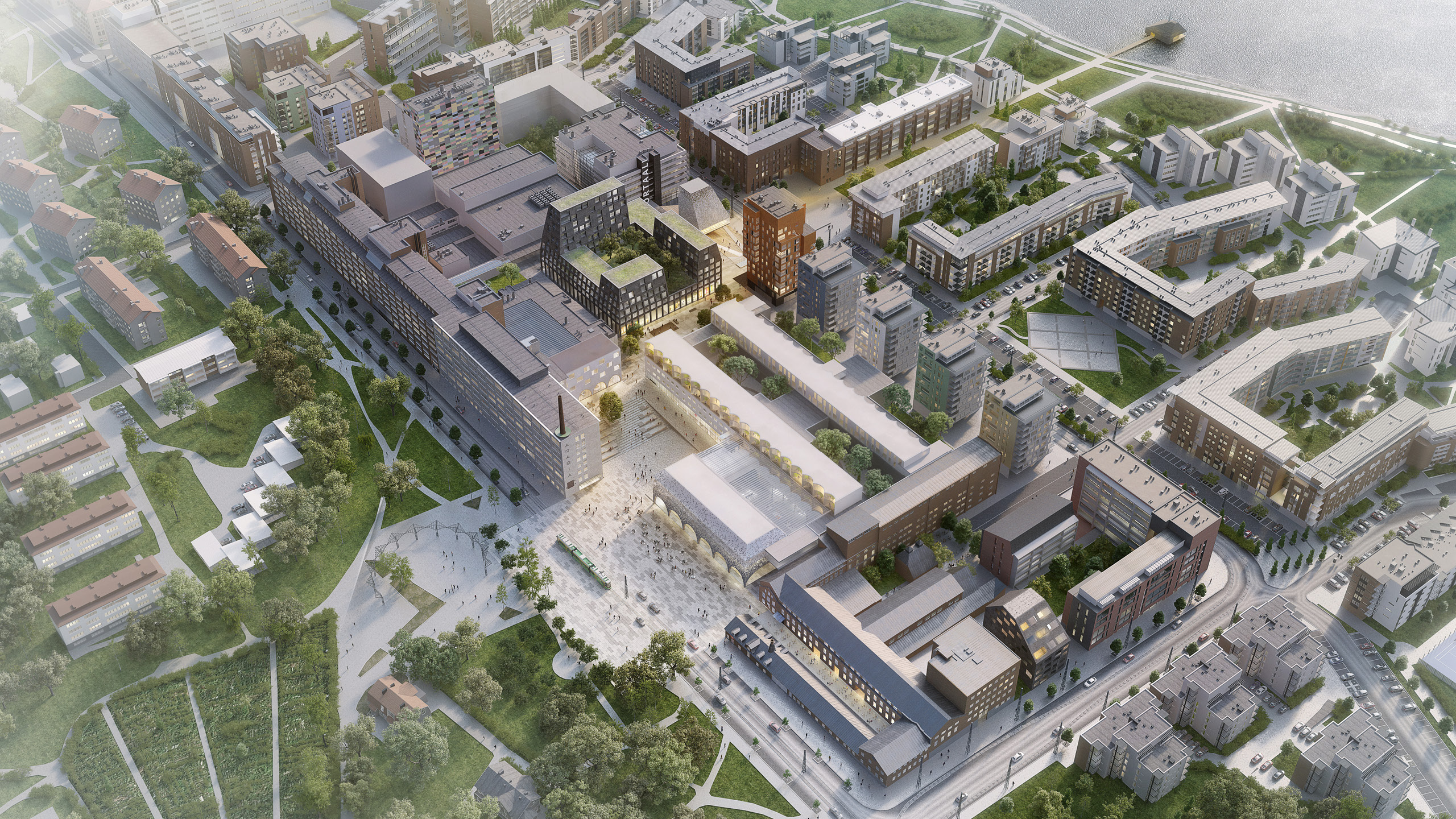 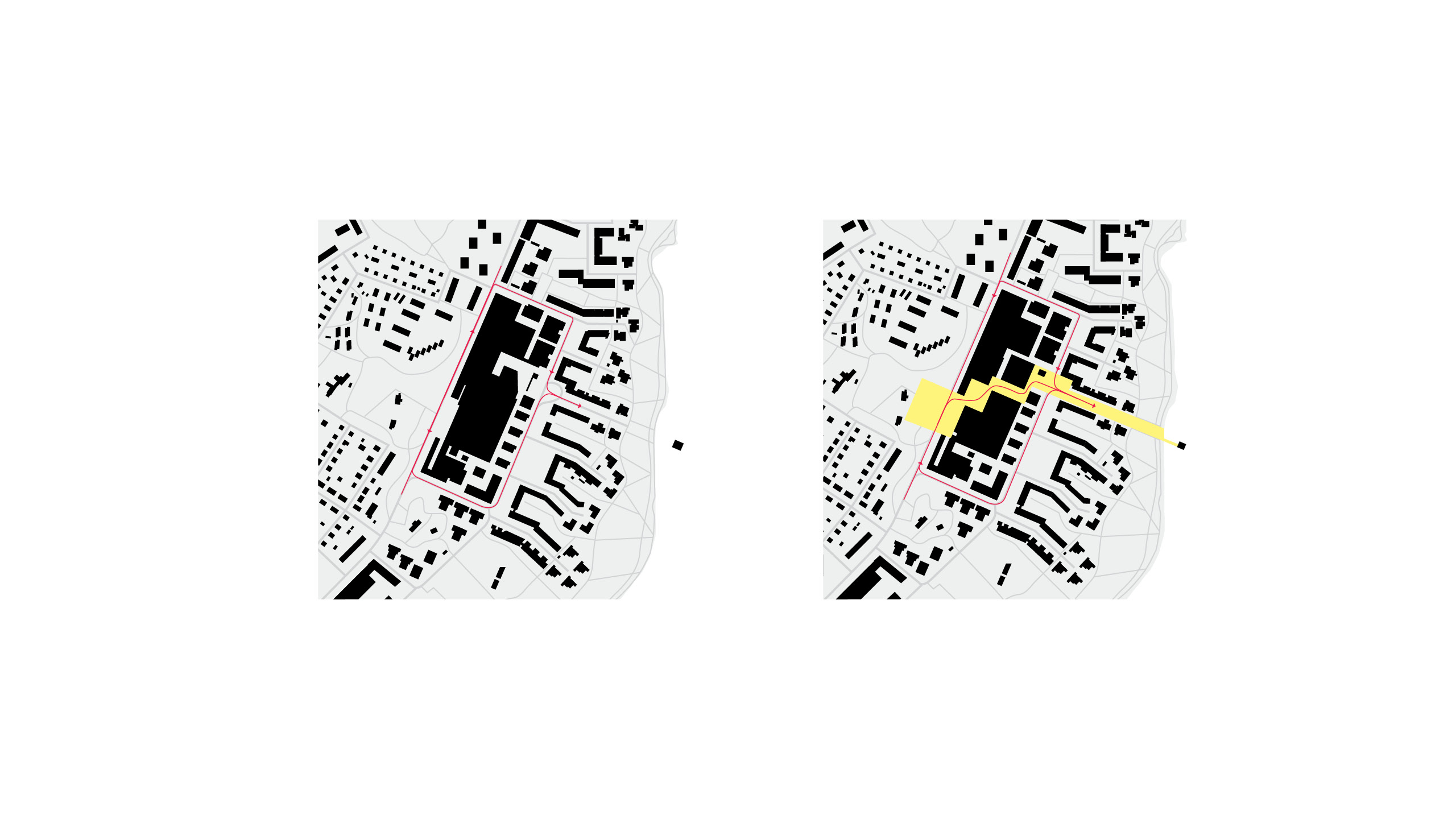 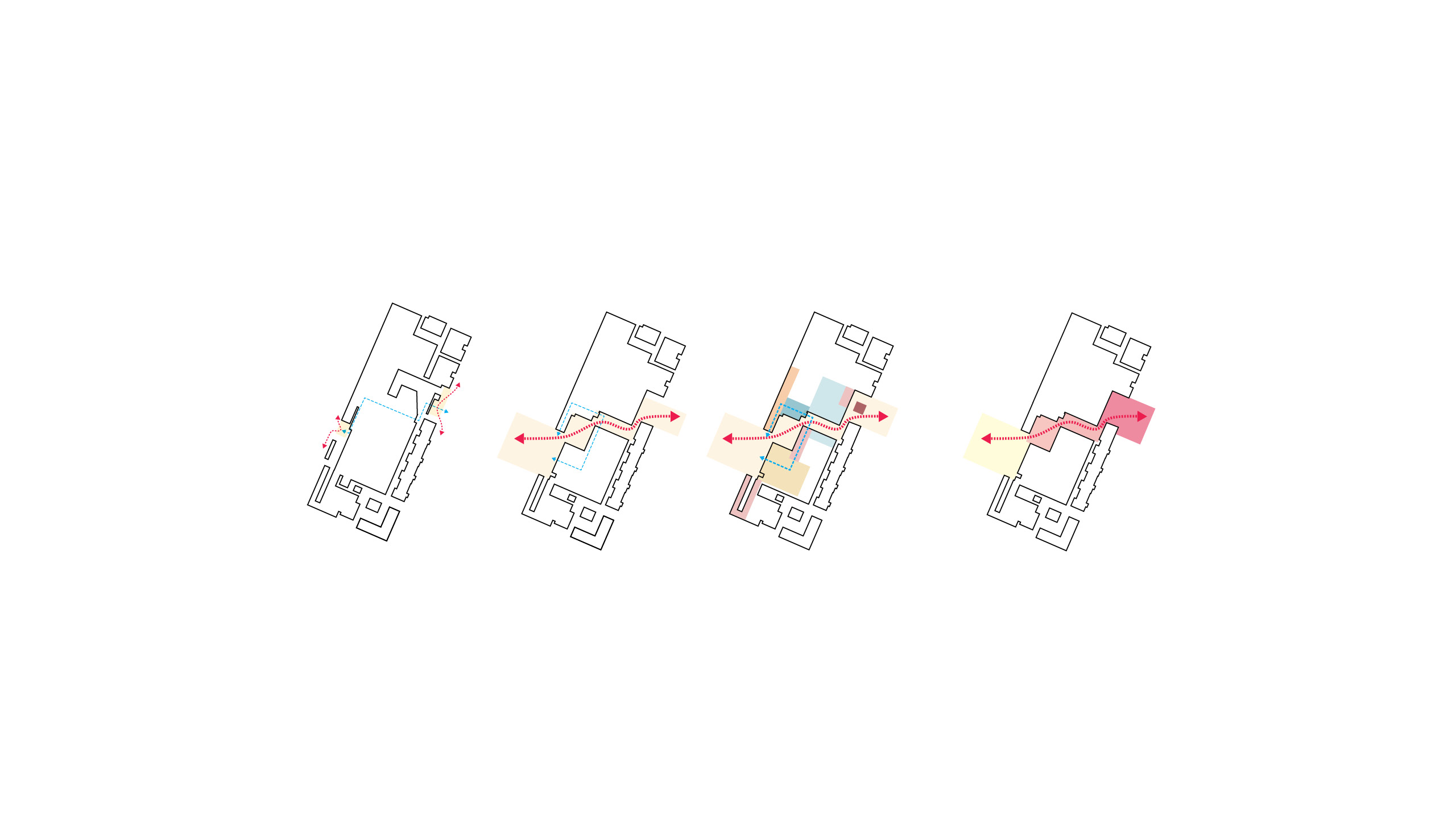 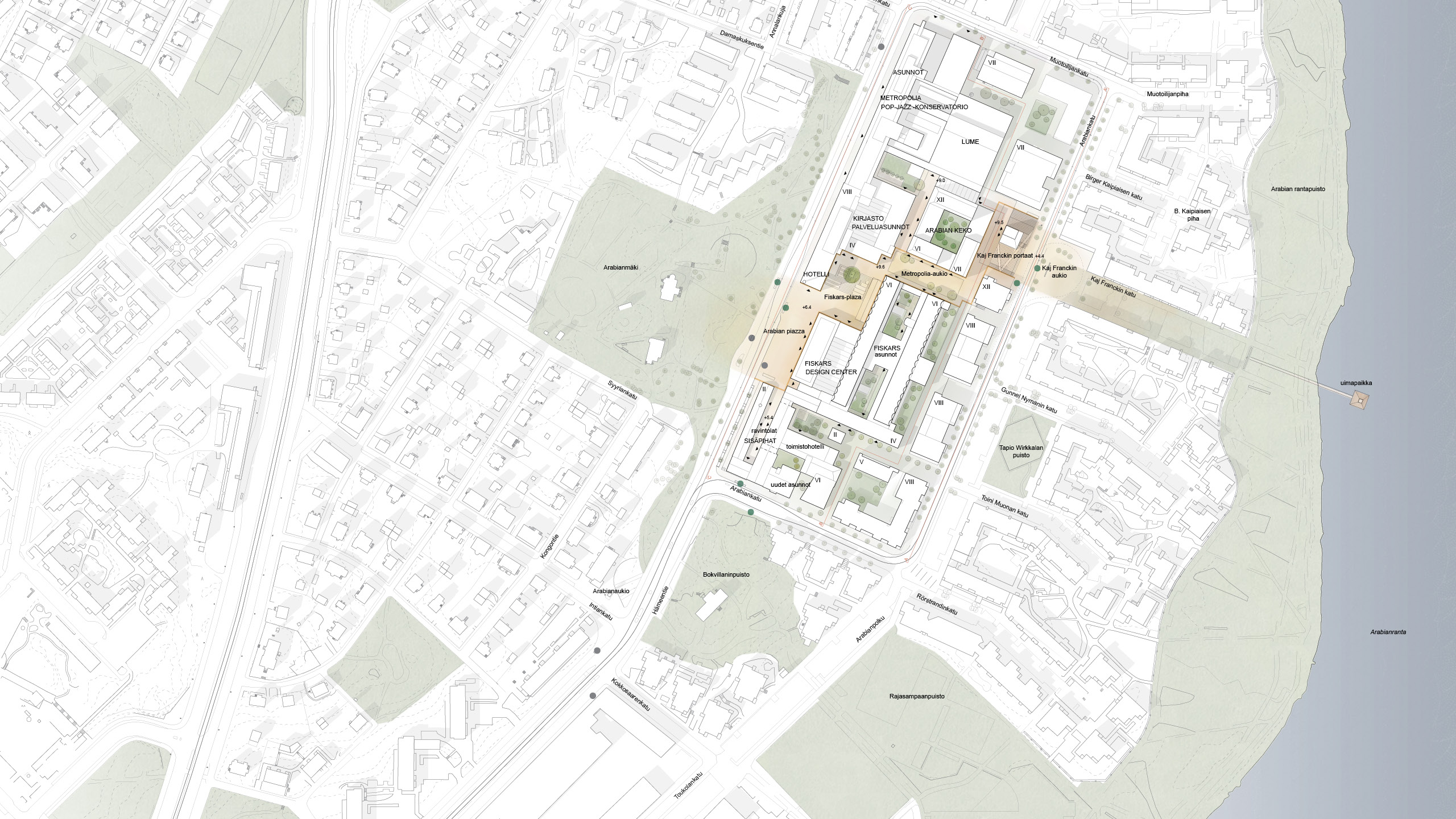 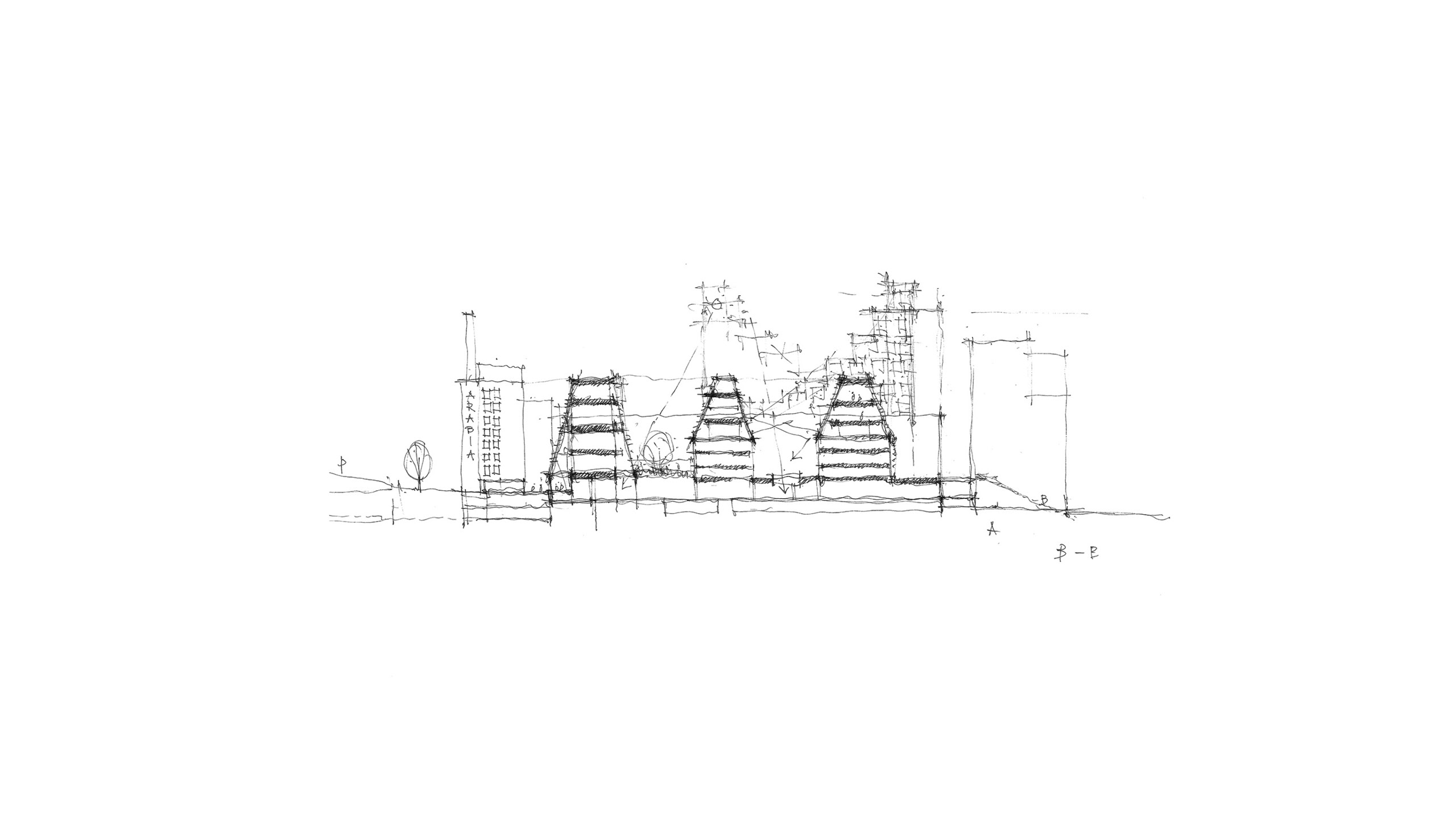 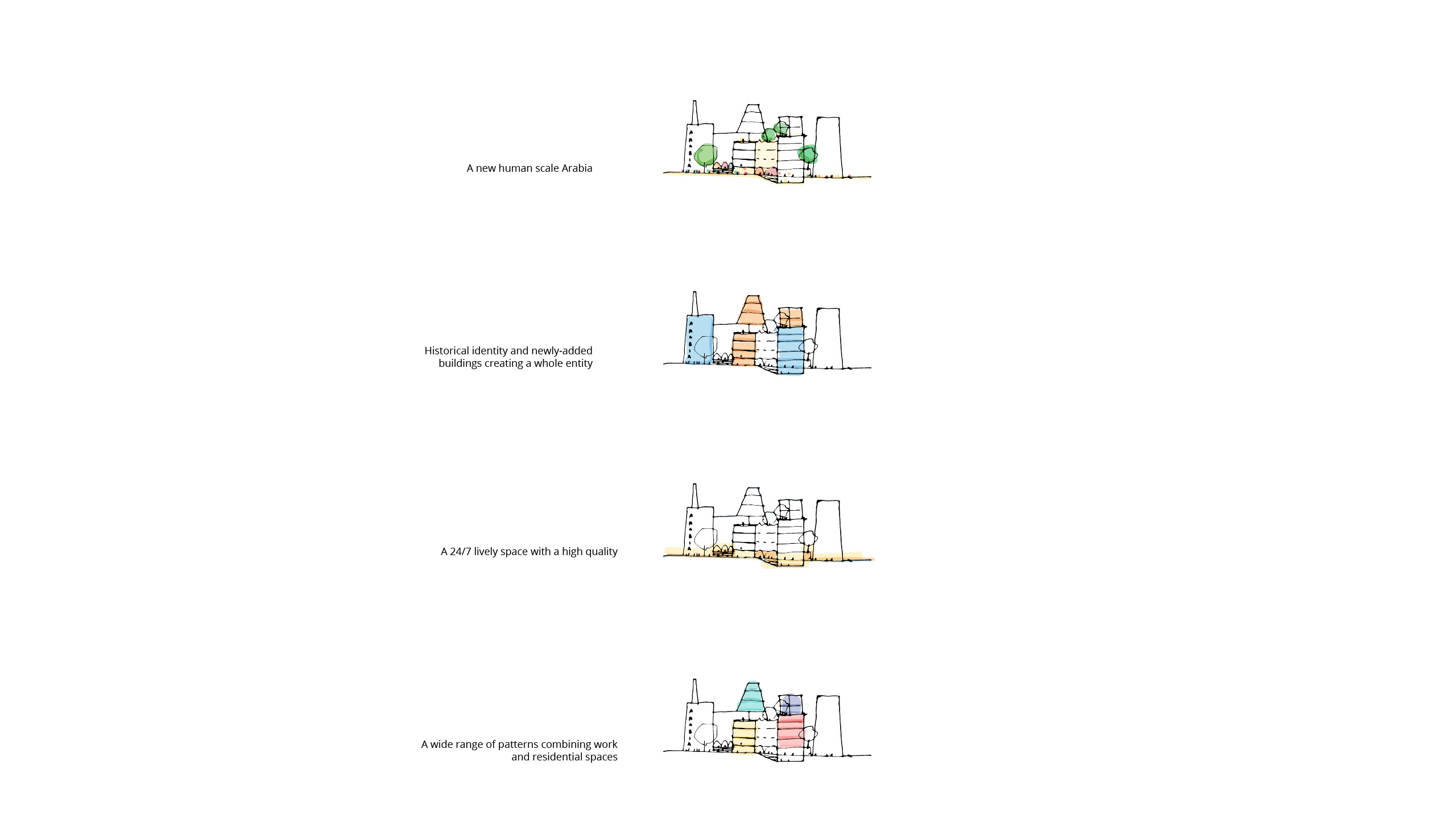 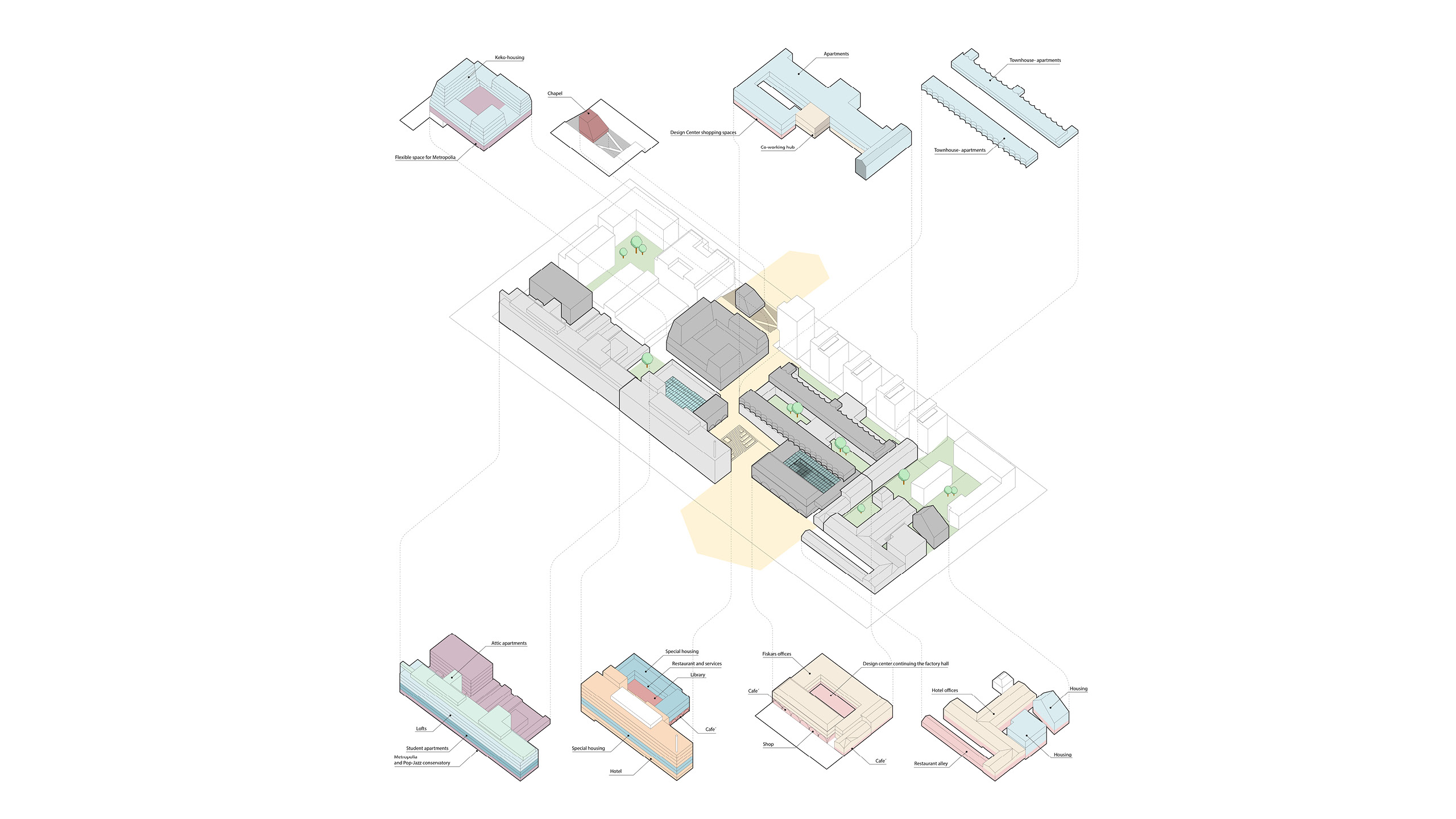 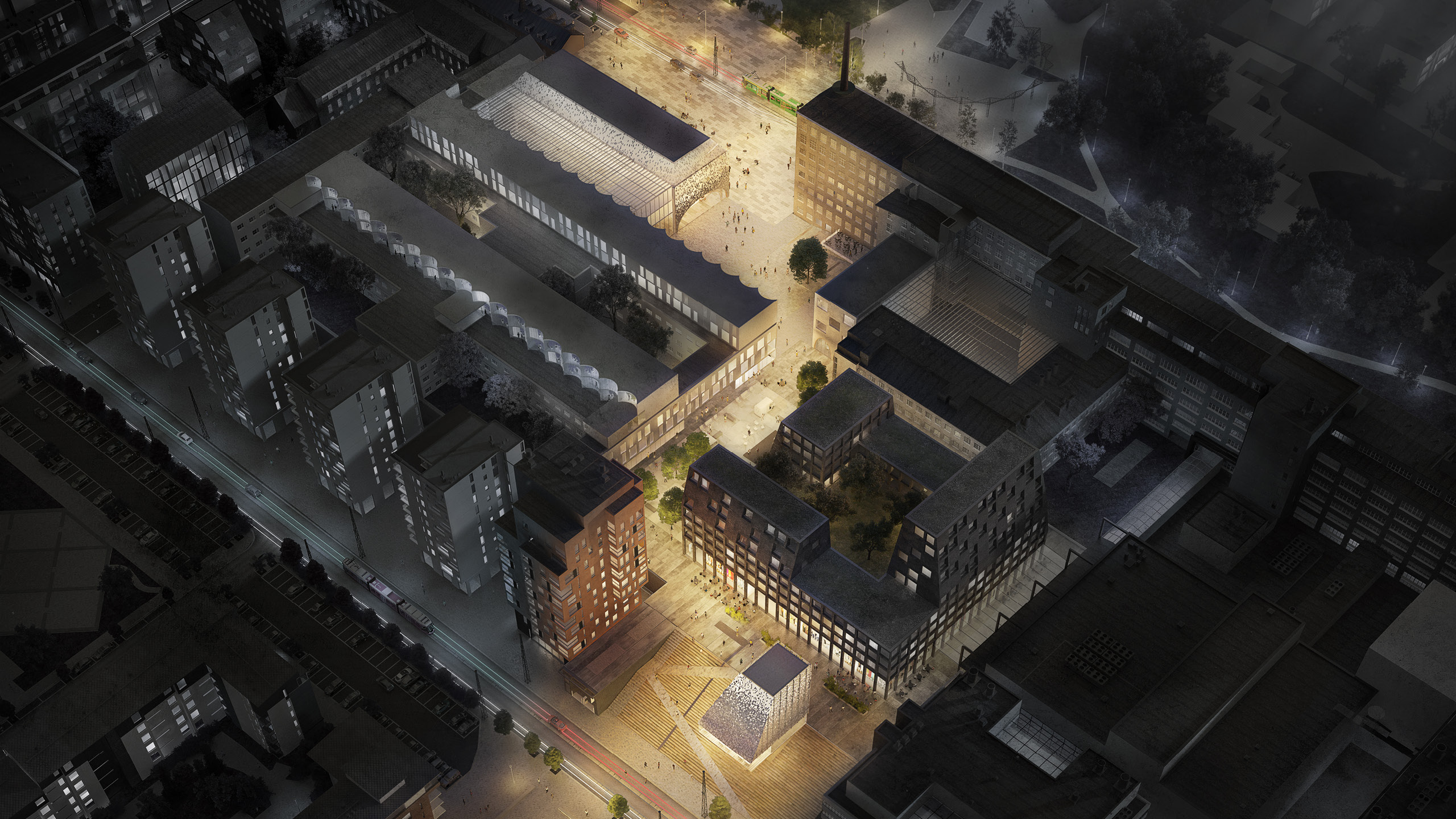 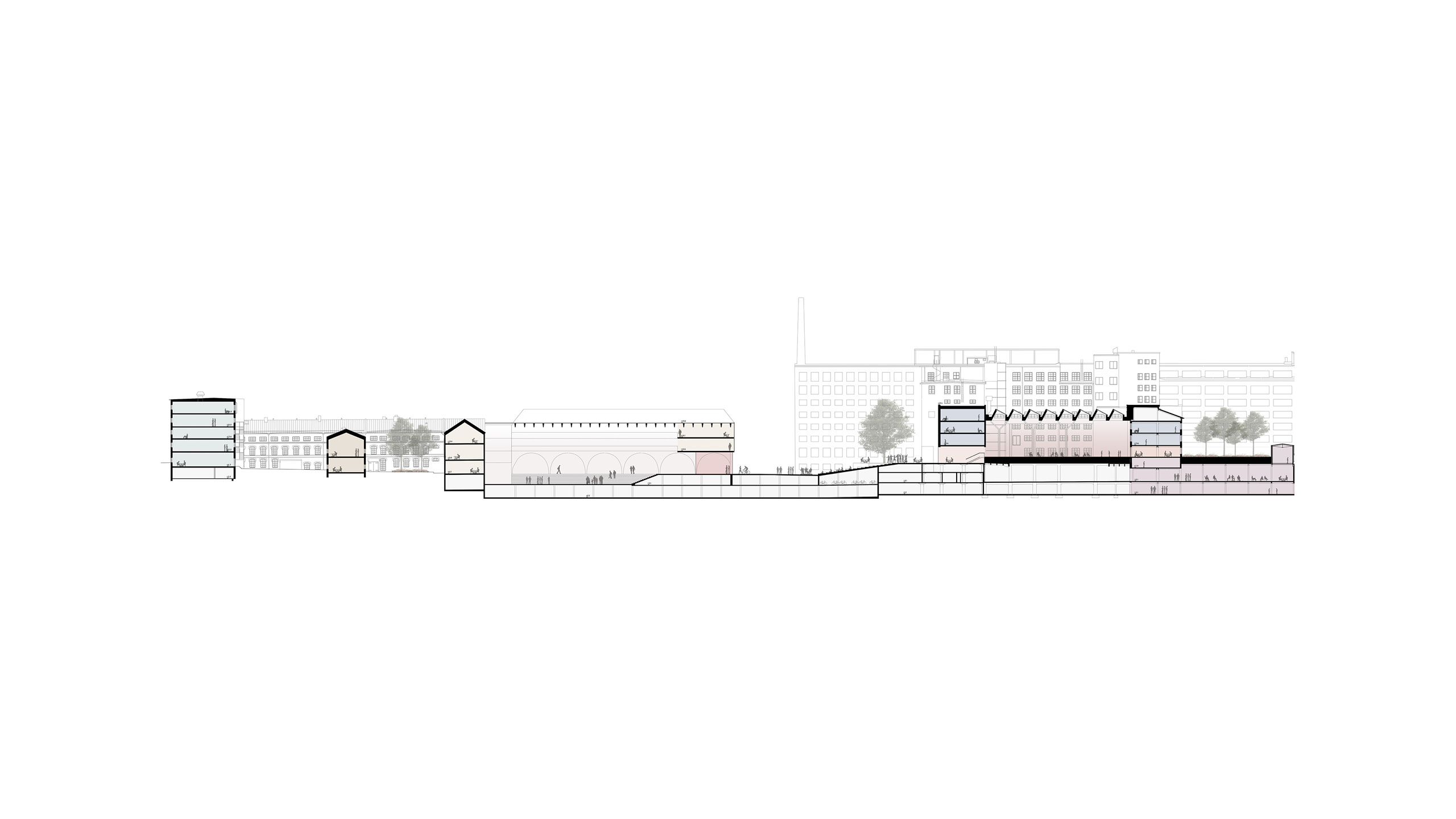 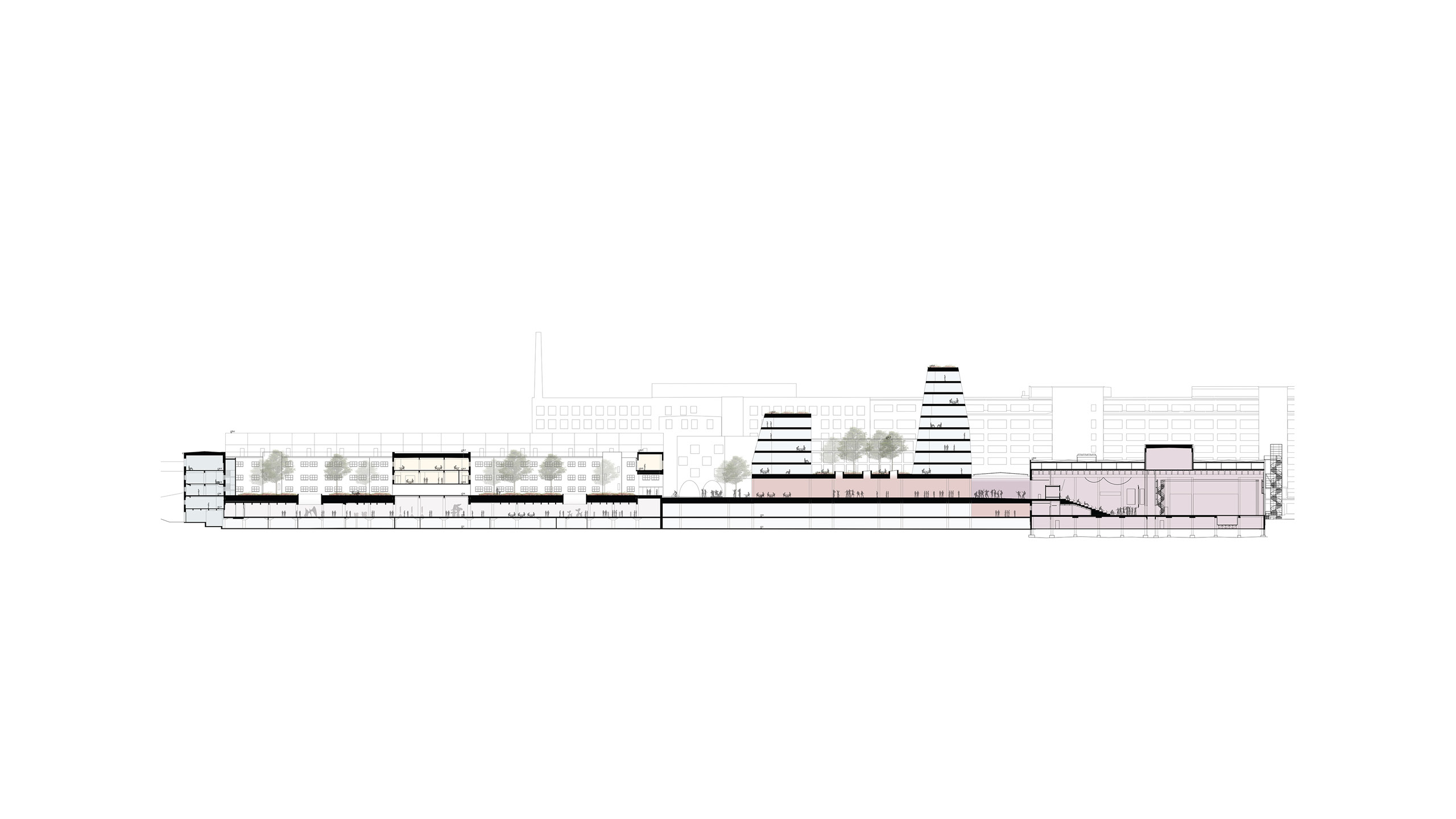 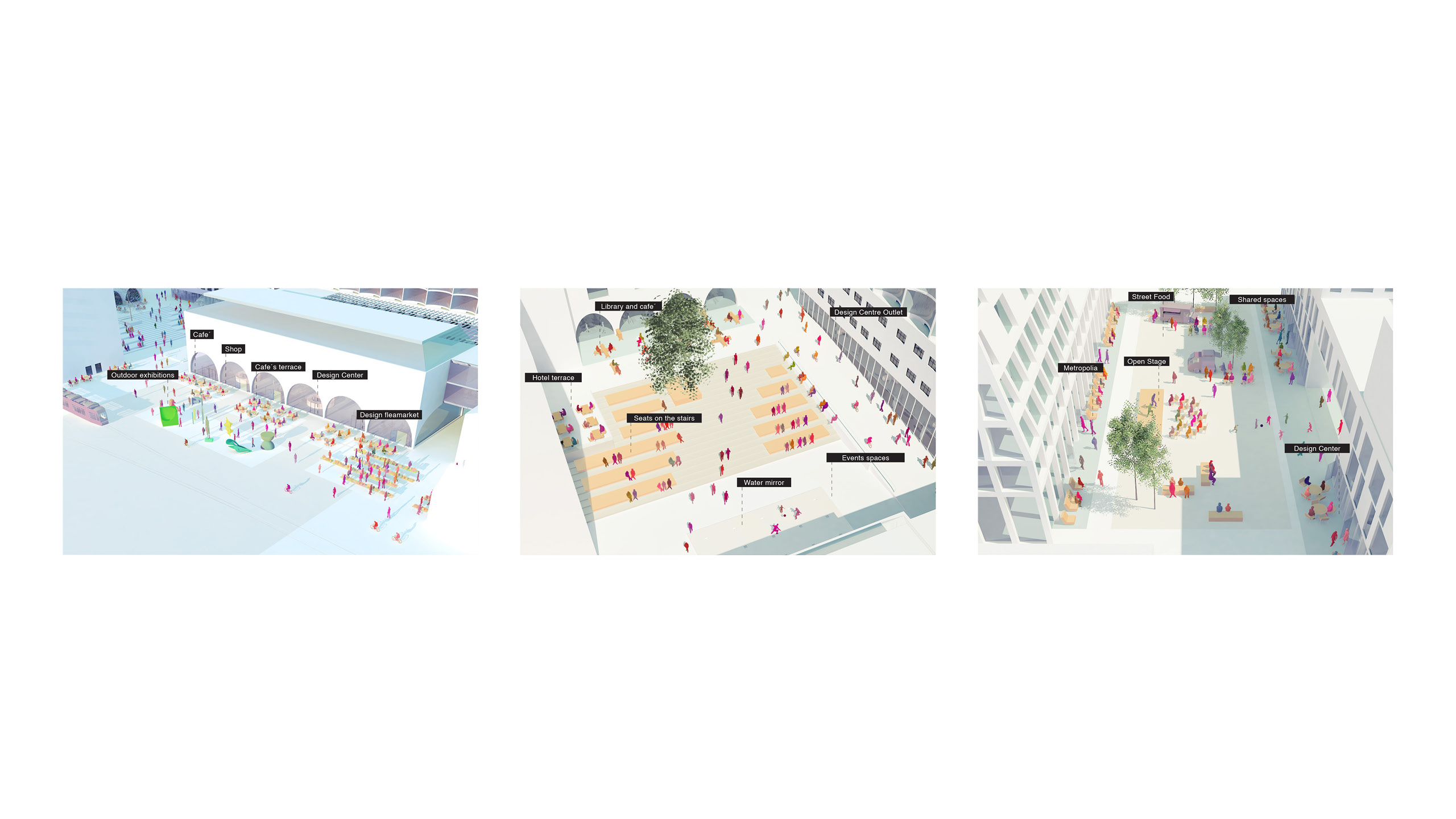 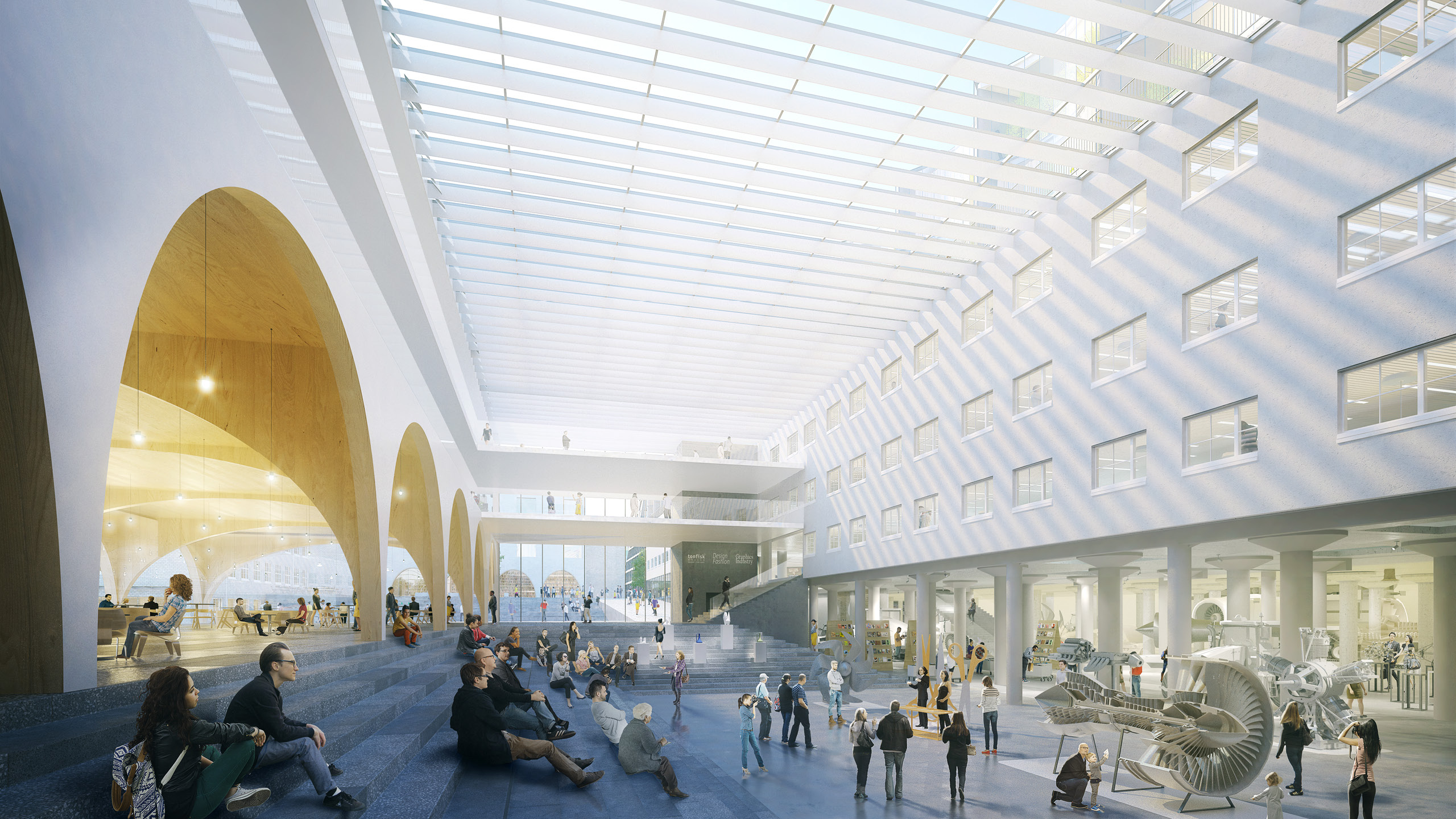 ”A completed city would not be a living city. A continuously evolving process of change is a central part of the identity of urban life.”

Arabiazza(s) offers a vision to redevelop the historic Arabia block into a new urban district. The proposal takes the rich temporal layers of the urban fabric in the continuously evolving process of change in the city as its starting point. Through a series of four open public squares it creates an environment that supports a multiplicity of functions engaging a broad range of people from local residents of different ages to students of the two academic institutions in the area, to people working in the offices in the neighbourhood to tourists and visitors staying at the hotel or simply coming by to enjoy the cultural offerings of the design centre or the restaurants of the beer garden.

The squares form a sequence of public spaces gradually flowing from more visitor-oriented activities to areas intended more to tailor to the needs of the local population in the neighbourhood, and finally connecting out to the seashore where a new public sauna is proposed. In order to offer opportunities for people to come together in shared spaces even at times when the outdoor conditions are less inviting, the sequence of open squares is supported by a series of covered indoor spaces in the courtyard of the design centre as well as in the ground floor spaces of the Keko, a new building at the centre of the complex that helps to create a connection between the different uses and different users of the area by offering multifunctional spaces for the use of the residents as well as students of the Pop Jazz Music Academy and those studying the various areas of cultural production at the Metropolia University.

The historical Arabia factory building with its tall pipe will serve as a landmark welcoming people to the neighbourhood. The new district will be composed of a combination of preserved and renovated buildings from different moments in the history of the area complemented with entirely new buildings. The district will be easily accessible by public transportation and the use of bicycles will be facilitated by providing a traffic arrangement for safe bicycling as well as ample storage space for bikes for residents as well as for people working or studying in the area. Walking is encouraged as a means of getting around in the neighbourhood by opening up a clear path through the area and inviting people to pass through the sequence of squares that form the core of the new urban district.

The new urban district will serve a broad range of users creating enjoyable spaces that encourage people to spend time in the shared spaces of the city, not only for shopping and restaurants but also for less commercially oriented activities. The district will offer a variety of services for residents as well as for visitors. The old Arabia factory building will be converted to a hotel featuring loft apartments on the top floors. There will be apartments specifically designed to meet the needs of senior citizens in a new building in the area as well as housing for students, and apartments for families and small households. The Fiskars offices will form a design oriented core around which other office spaces and workspaces for people in the creative fields will clustered. Also spaces rentable for temporary use will be made available in the form of an office hotel supported with sharable facilities in spaces for joint use. The Design Center with its exhibition spaces, and an option for a space for a museum focused on architecture, will further strengthen the character of the district as one with a strong emphasis on the creative industries, which fits well with the presence of the academic institutions focused on education in the fields of music, performance and cultural production. There will also be a public library in the district as well as a series of restaurants and cafes.

Through a combination of new buildings, renovated old buildings and the preservation of protected historical landmark buildings, the goal is to create a sustainable urban environment that supports the long term development of a balanced neighbourhood with a varied mix of people and a rich diversity of functions. By introducing a sequence of four open public squares supported with more sheltered indoor spaces that facilitate urban public life, the aim is to turn the block into one of the most interesting parts of the district and indeed the city. The goal is to create a vibrant neighbourhood in which the multiplicity and layering of different functions creates a framework for the diversity of urban life and forms a place that is alive at all times of the day and through the seasons in the Nordic climate.

COMMISSION:
invited competition in two stages
Arabiazza(s) was one of the four projects selected for the 2nd stage

ORGANIZATION:
Varma Oy in collaboration with the City of Helsinki and the Finnish Association of Architects SAFA

COMPETITION TEAM:
Arabiazza(s) was developed by a team led by Anssi Lassila and composed of OOPEAA working in collaboration with Lundén Architecture. Gehl Architects acted as an expert in matters of urban public space.