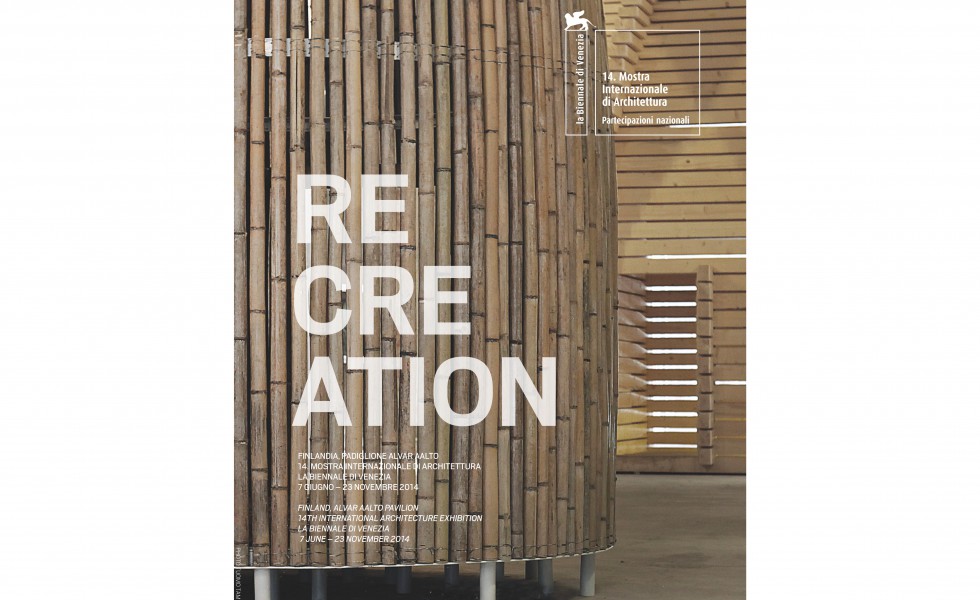 OOPEAA  Office for Peripheral Architecture proudly announces its participation in La Biennale di Venezia – Fundamentals, opening in Venice on June 7, 2014.OOPEAA was selected by the Museum of Finnish Architecture to represent Finland at the Architecture Biennale e in Venice.Read Article 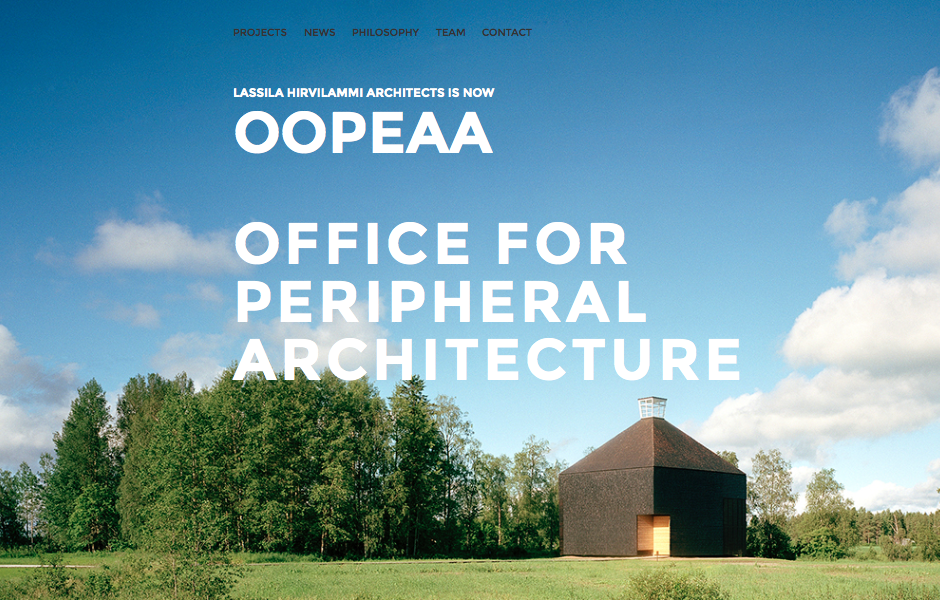 Lassila Hirvilammi Architects takes on a new name. Beginning in June 2014 the office will operate under the name of OOPEAA Office for Peripheral Architecture.

The new name puts their vision for architecture in the center. The office was originally founded by Anssi Lassila in 2001 under the name of Lassila Mannberg Architects and has operated under the name of Lassila Hirvilammi Architects since 2004 until now. During the past 13 years they have gained a rich and multifaceted palette of experience through a wide range of projects. Their vision for architecture has evolved and matured and it is now time to have it reflected also in the name.

OOPEAA is known for their innovative approach in combining traditional methods of building with a contemporary vision of architecture. In their work they have demonstrated a skill in treating materials in ways that successfully bring out their best qualities. The work of OOPEAA is about identifying possibilities in the place where an understanding of tradition meets an open attitude towards the new. It is a space and a moment of transition, of having been something and of being about to become something more.

For OOPEAA the notion of periphery means a space of possibility on the borderline between two different worlds. They strive for an architecture that finds its inspiration in the state of being in-between – between urban and rural, but always in relationship to both; between a deep respect for tradition and an appreciation of the contemporary; rooted in the local and yet part of a larger international context.

By introducing the new name, OOPEAA takes this approach to architecture as the guiding principle in their work and in the organization of the office alike.

OOPEAA has been chosen to represent Finland at the 14th International Architecture Biennale in Venice. Their installation titled Re-Creation will be exhibited there from June 7 to November 23, 2014. In conjunction with the opening of the biennale, a richly illustrated 220- page monograph on their work published by Arvinius + Orfeus Publishers will be launched.